Gotham Knights delivers a refreshing new take on the iconic DC property, with an original story set in a vividly reimagined Gotham City. The game begins with the tragic death of Bruce Wayne and follows his four vigilante proteges as they honor his legacy of protecting Gotham.

The RPG design and corresponding combat style of reaching higher levels to advance your progression, among other gameplay aspects, has left many fans feeling divided. Nonetheless, the action and gameplay are a unique and challenging blend of past superhero games that evoke situations every player has encountered. 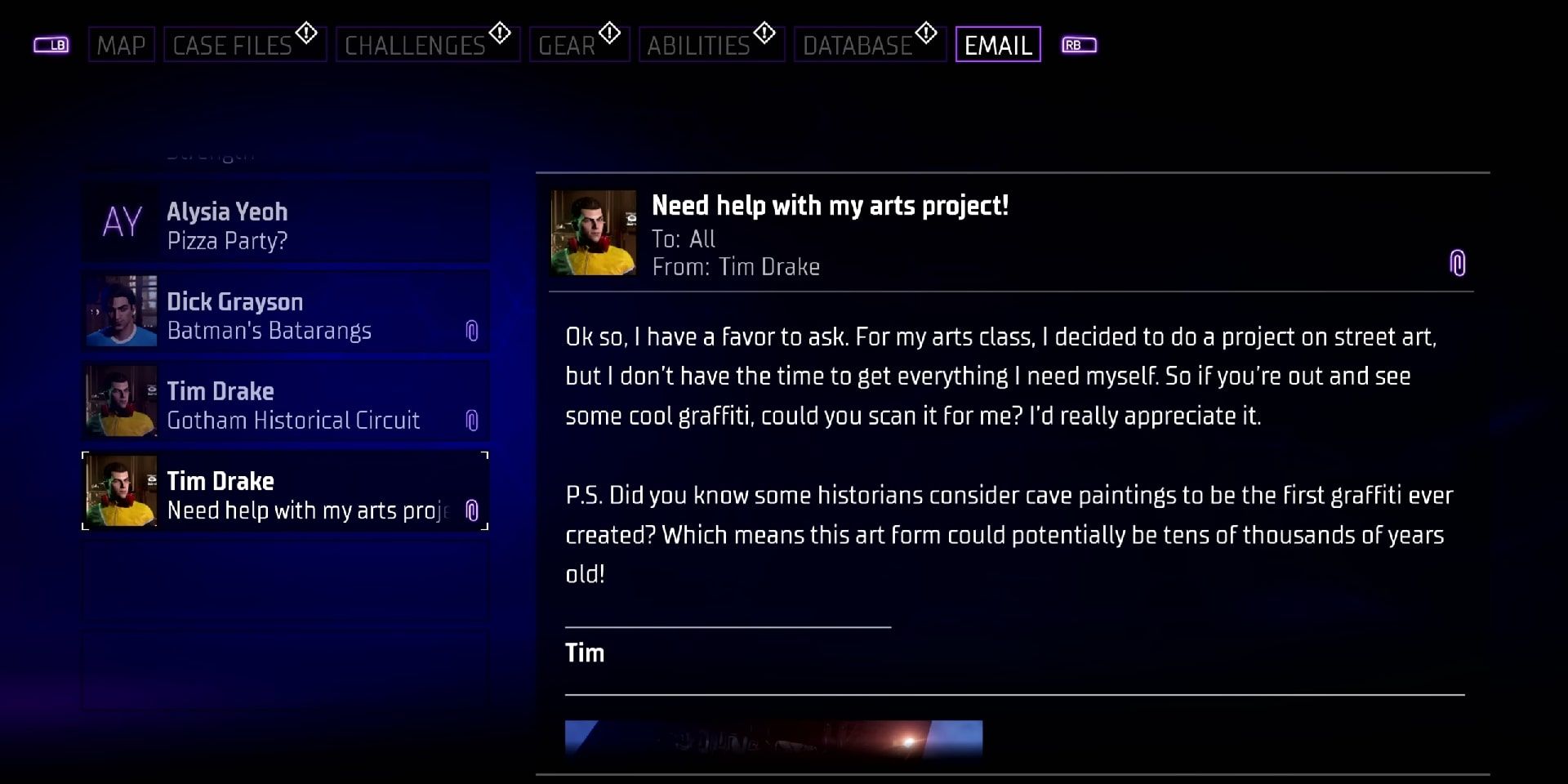 Clearing emails is a monotonous task and something you most likely dread on your daily work day, yet Gotham Knights creates an incredibly fun and engaging mechanic out of it. Throughout the game, you will receive random emails from various Bat Family members or DC characters you wouldn't otherwise interact with in the game.

The emails all sound enticing to read and vary in tone and content, and you’ll be browsing through each one to see if there are particular easter eggs or references within them. And some of them introduce side activities, like when Robin asks you to help him by scanning art murals around Gotham City. 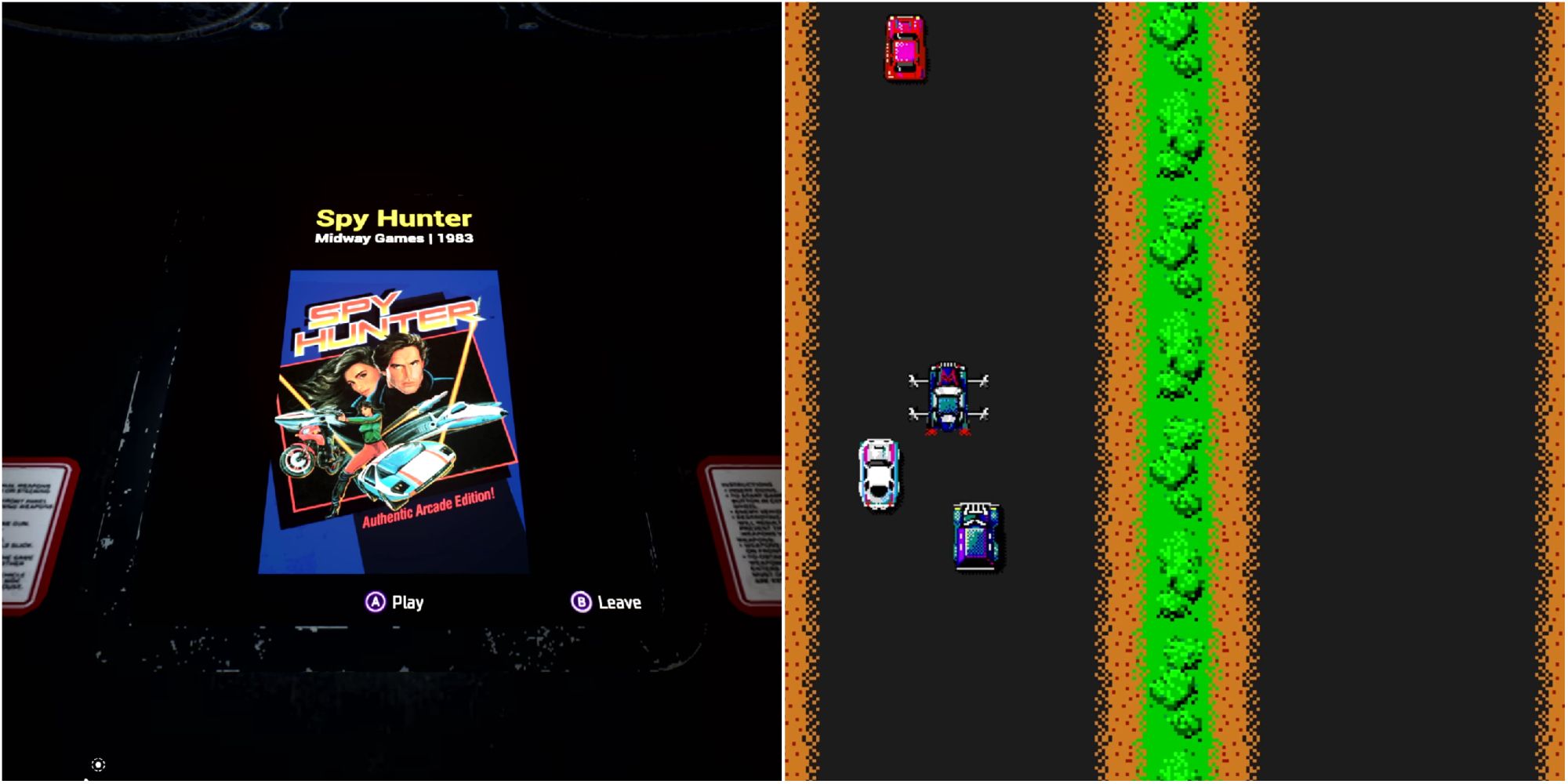 Located on the second level of the Belfry is an arcade cabinet for Spy Hunter. It's an actual arcade game released by Bally Midway in 1983 and seems to be a childhood favorite of Bruce, who holds the high score of 300,000. It's a vertical side-scroller from a top-down perspective where you're a bullet-spraying spy car eliminating as many enemy vehicles as you can while avoiding the civilian ones.

You may feel inclined to beat Bruce Wayne's high score but will soon start to see that this game is much more difficult than it seems, and will die in a matter of moments, not making even getting close after multiple tries. It's a neat little minigame that seamlessly emulates the original Spy Hunter but is bound to leave you frustrated. 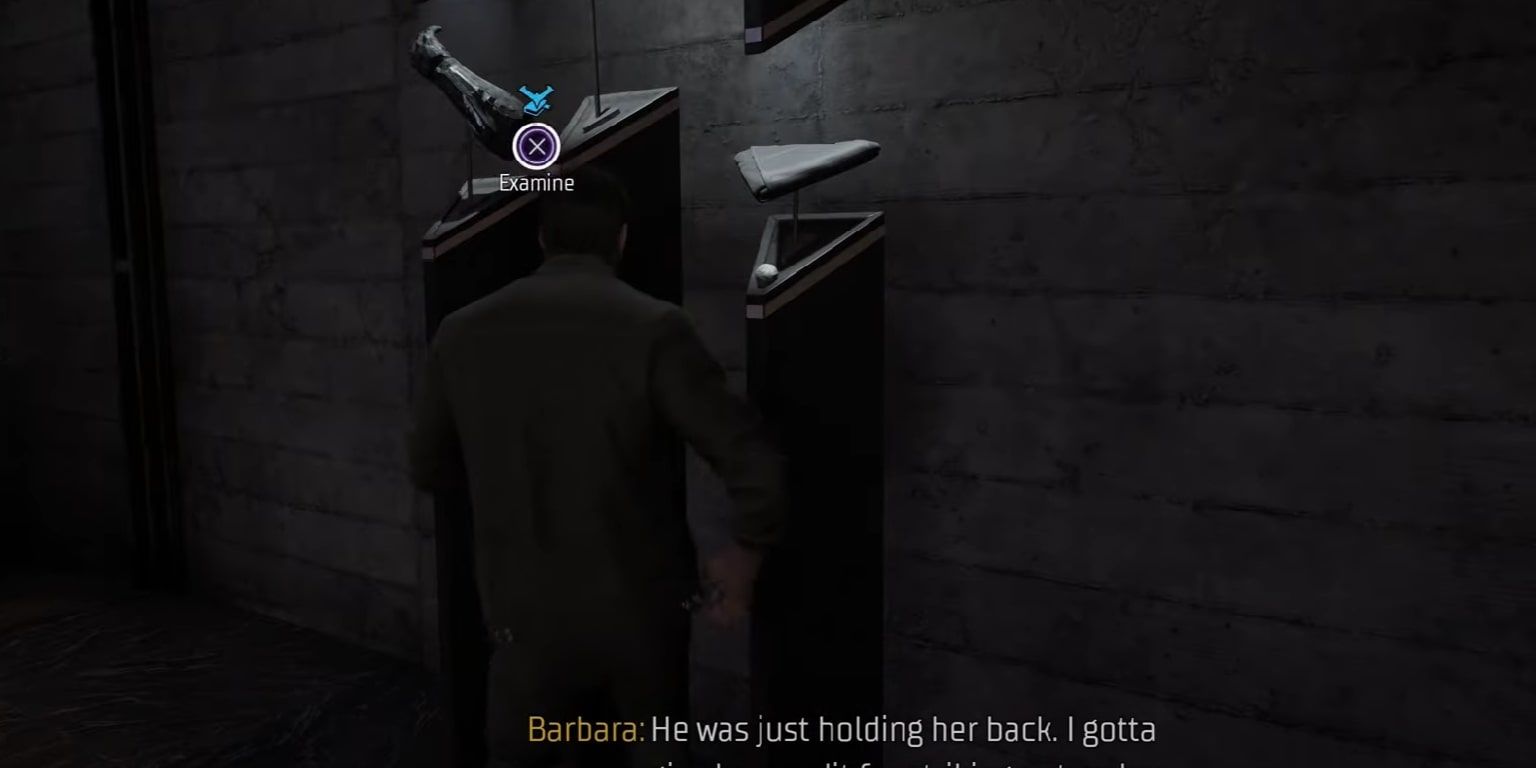 Scattered all over the Belfry are interactive environment pieces that trigger conversations revealing hidden story details about the Gotham Knights protagonists you wouldn't otherwise receive. When you're near one of those areas as the designated character, there will be a prompt for you to examine it.

Players who value narrative over gameplay will witness all the available cinematics. Some fun ones are there to explored, like Red Hood and Batgirl being competitive in a game of Dance Dance Revolution, but also more melancholy ones that feature Robin and Alfred reflecting on Bruce Wayne's legacy over a game of chess. 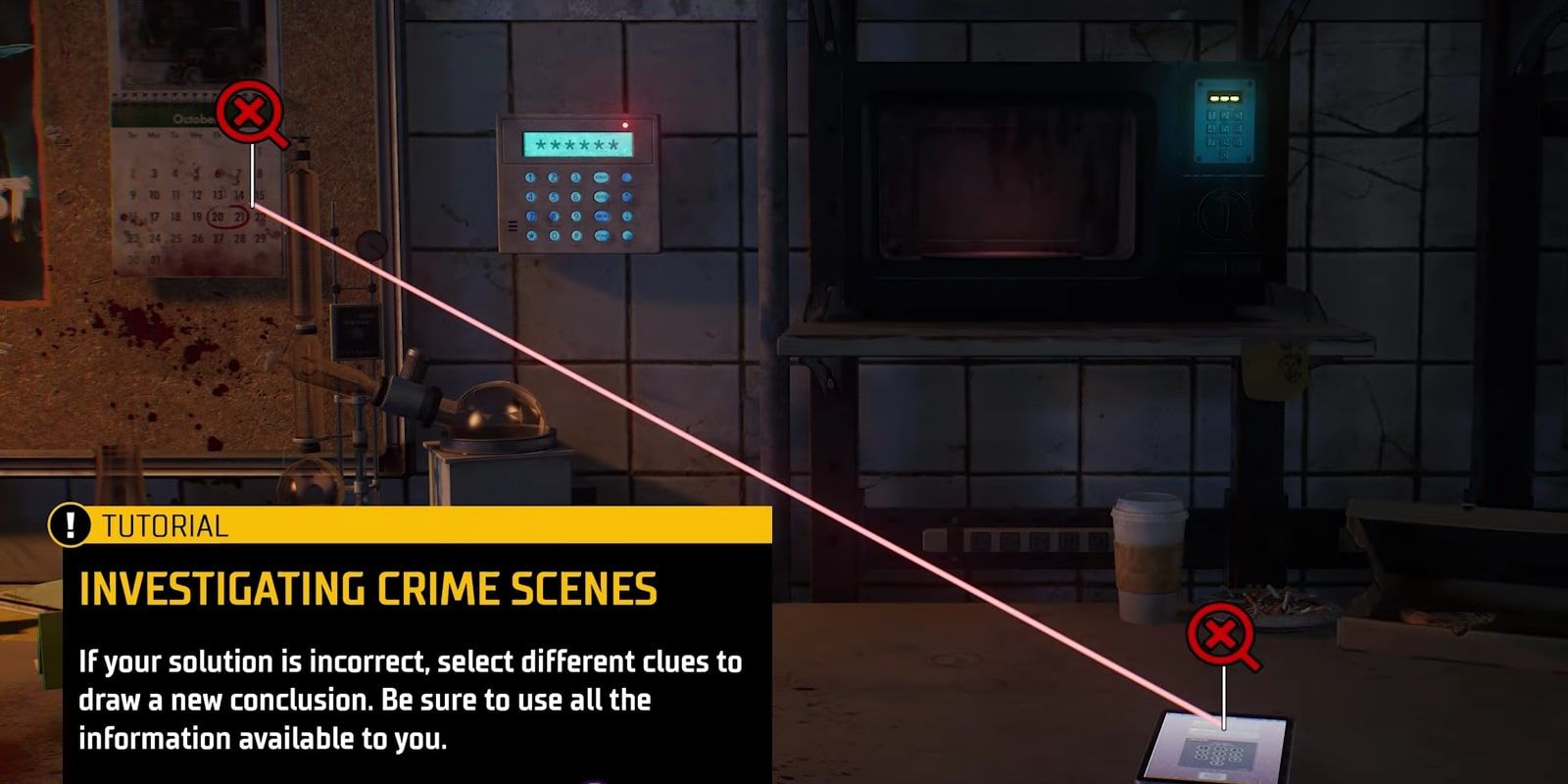 The crime scene investigations act as a puzzle mechanic incorporated into the missions in Gotham Knights, viewed through a first-person perspective. Your goal is to look over the clues from the evidence presented before you and piece together only the ones that you believe amount to the solution.

These sections almost always end up being a tedious process of trial and error where clues that feel like they should be related don't pair with each other, leading you to try out a whole bunch of different combinations and hope for the best. There are a lot of red herrings among the clues that get tougher the further you advance in the game.

6/10 Prioritize Side Activities And Grind Away 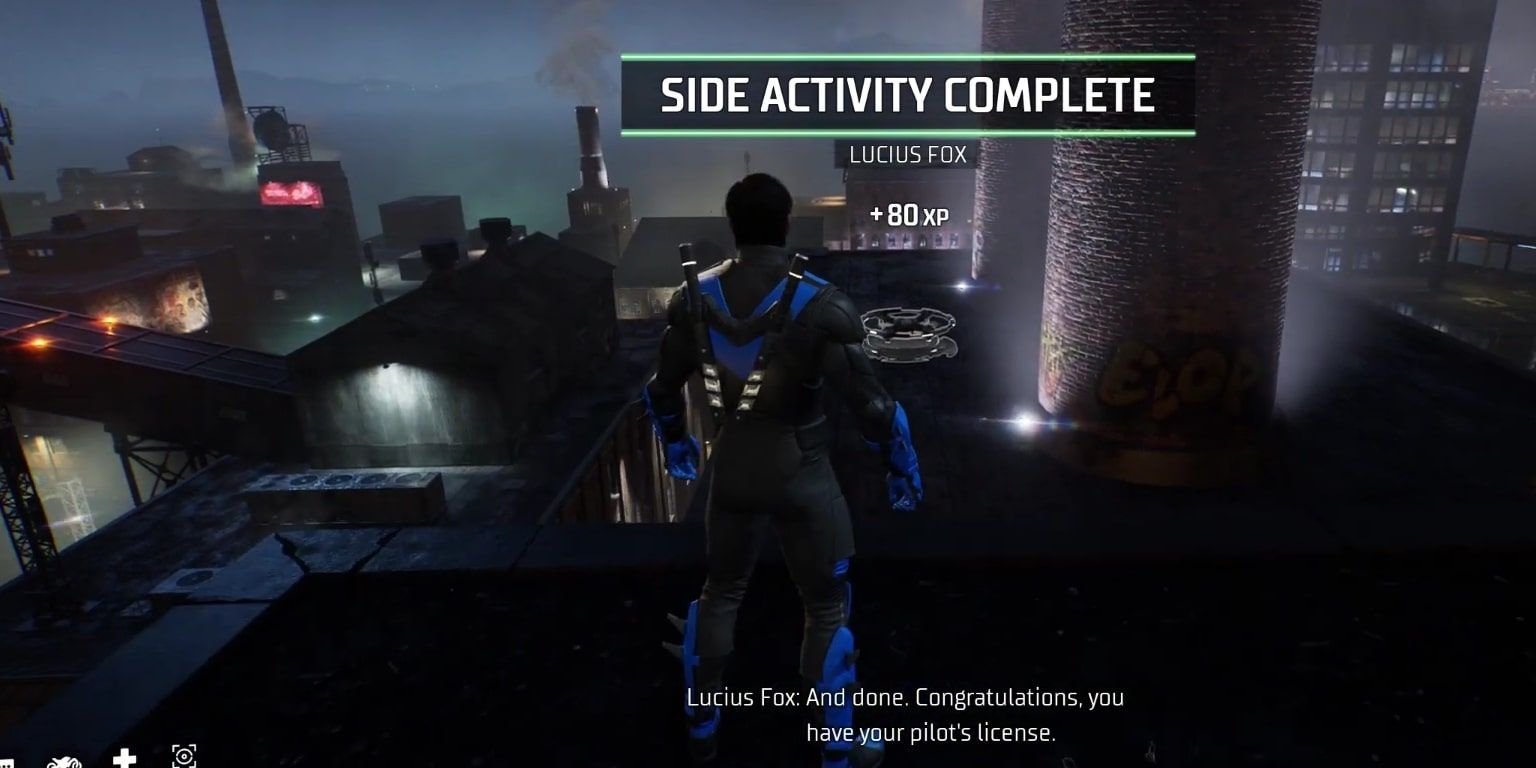 Some RPG games aren't as driven by constant grinding to build up your XP and increase your level in order to move on with the rest of the game, but Gotham Knights certainly isn't one of those games. The combat and progression feel less like the Batman: Arkham games and more like a cross between Marvel's Spider-Man and Assassin's Creed Odyssey.

Since each new chapter comes with a level requirement to play its missions, the repetitive and laborious side activities of time trials and crime prevention are sure to become your friends. But there are some useful ones as well, especially the drone missions from Lucius Fox that unlock fast-travel buildings. 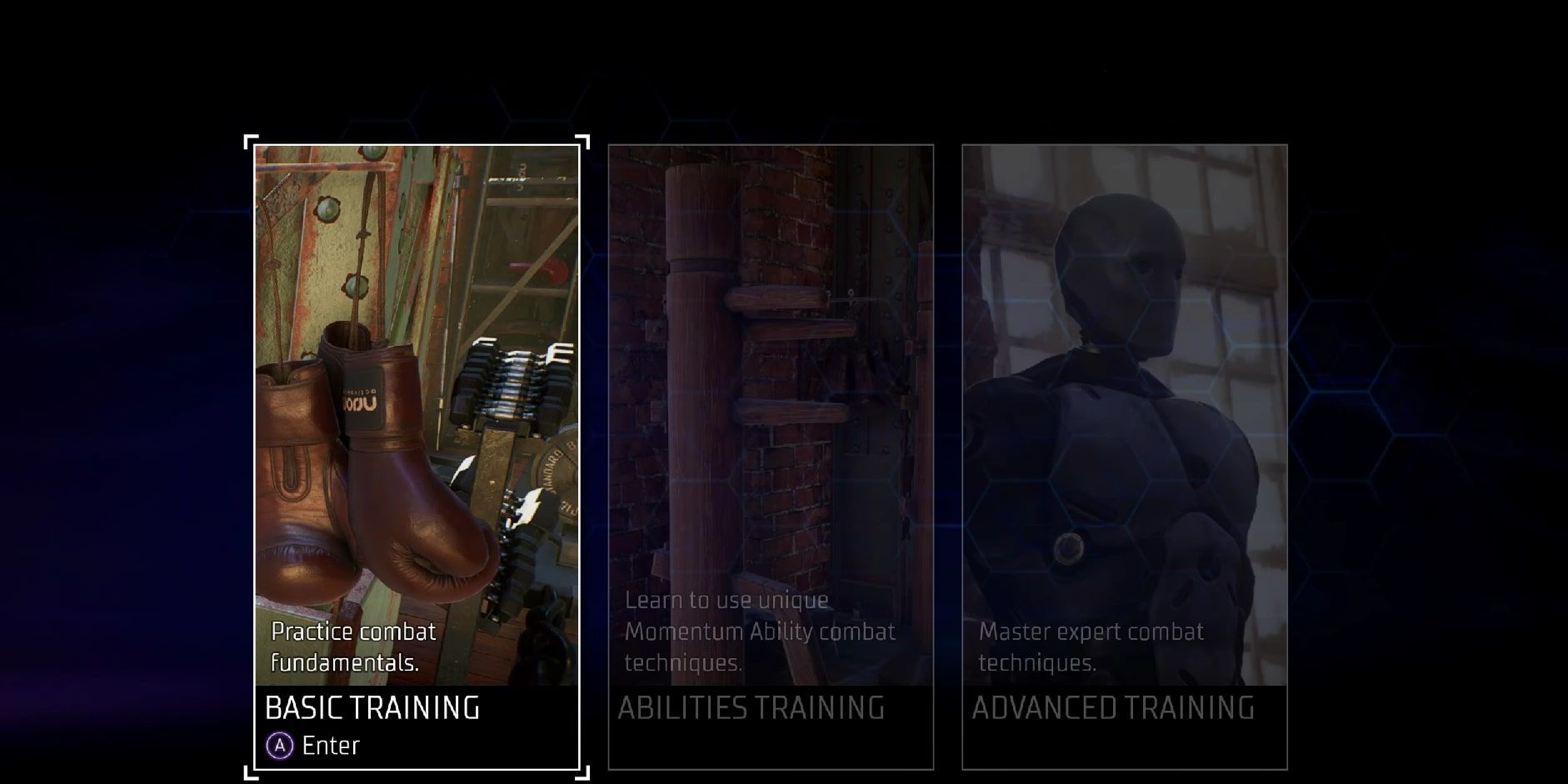 For most players, the Belfry is one of those places where you don't want to spend more time than you have to, but training missions play a crucial role in garnering XP and helping you master more advanced move sets to be successful in combat. They're also a clever way of filling the Batman void. You can activate training when you approach and interact with the wooden practice dummy in the martial arts section of the Belfry.

Training will transport you to a new practice hub area reminiscent of Marvel’s Avengers or Star Wars Jedi: Fallen Order. However, the heart of the action in Gotham is where all players are understandably eager to be, so they may miss training altogether, or may feel the many tutorial sequences covered during the gameplay are sufficient.

4/10 Go Out Of Your Way For Bonus Objectives 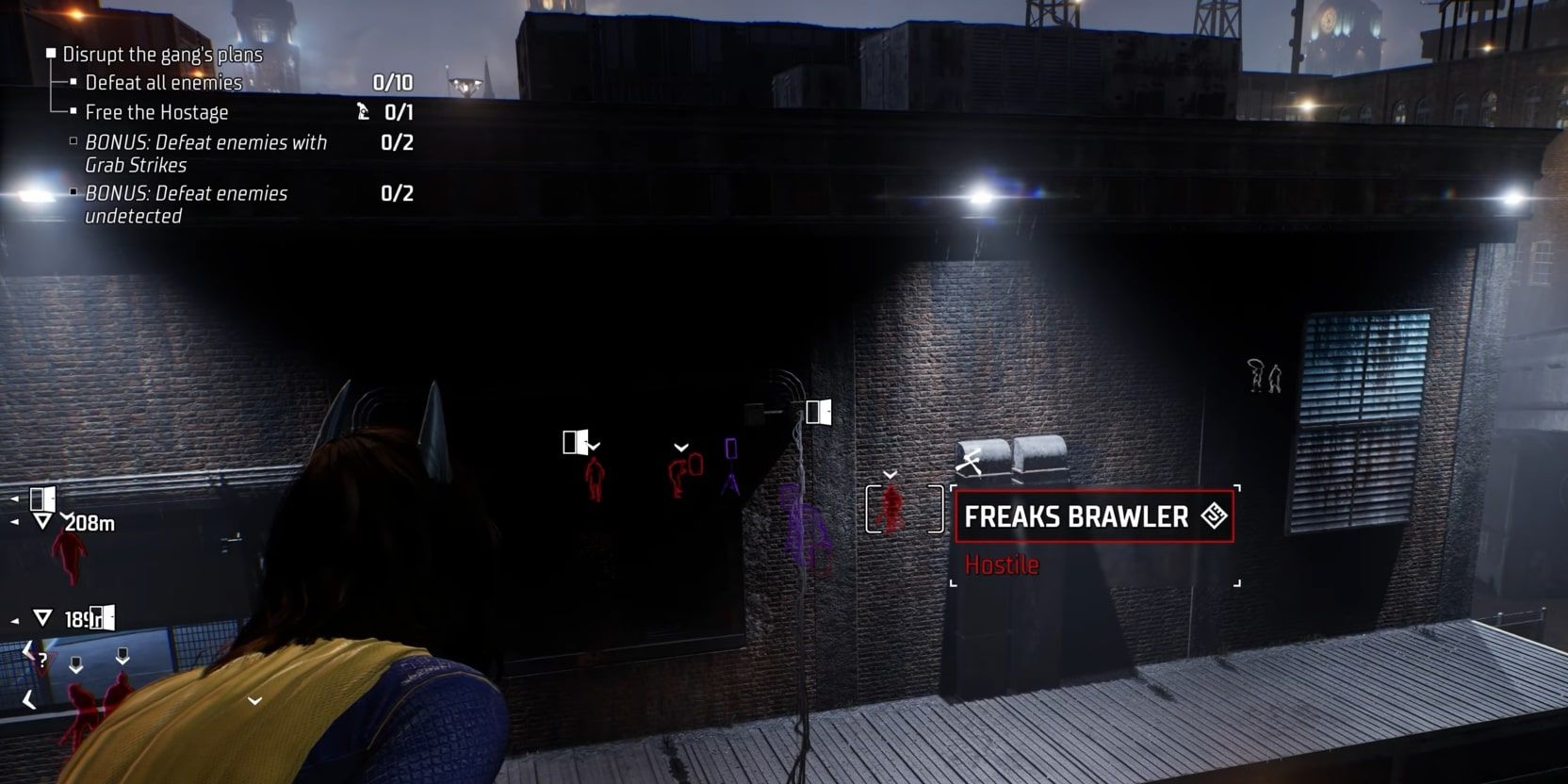 Bonus objectives in Gotham Knights work precisely like the optional objectives you may recall from missions in early Assassin's Creed games. They're separate from the primary objectives that are necessary to end the mission and usually require you to utilize a specific move or strategy.

Although you’re not obligated to complete them, many players opt to take them on because they present an excellent opportunity to gain additional XP, which is an important factor to consider in a grind-heavy RPG like Gotham Knights. Doing all of them may not be as feasible, however, as they do get a bit more challenging and tedious to accomplish. 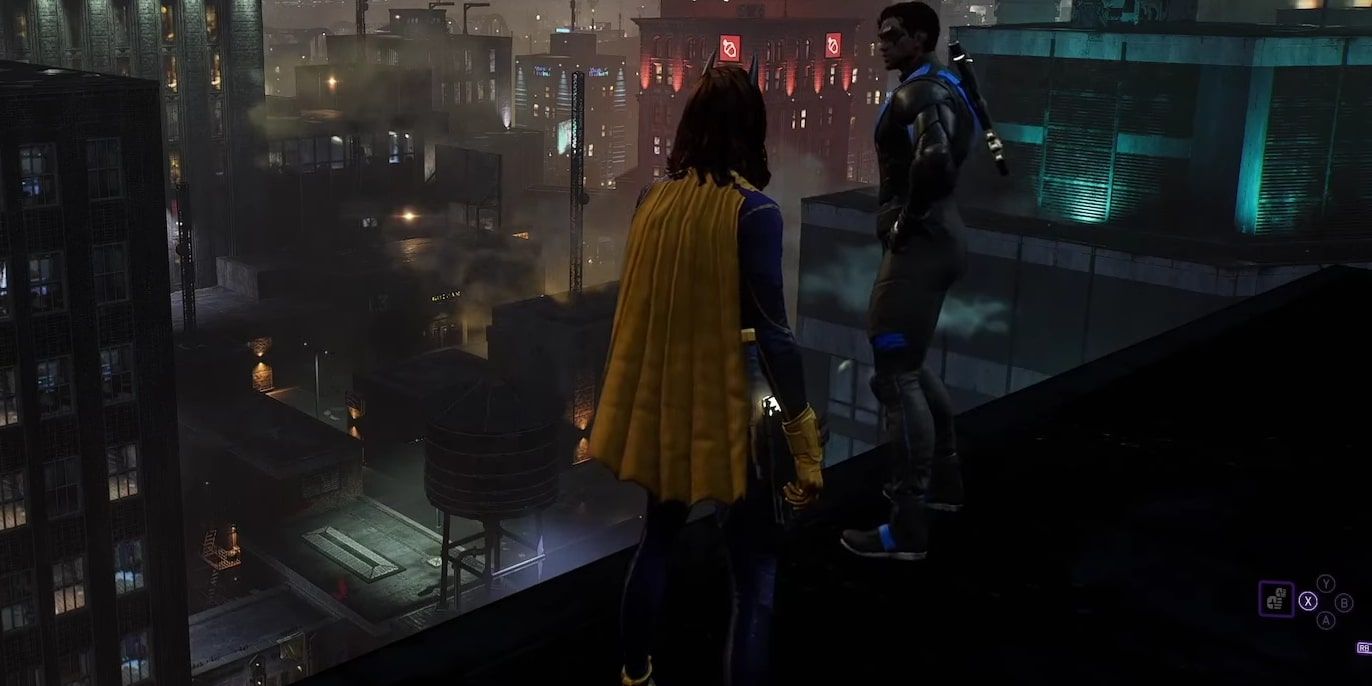 Superhero games are overwhelmingly single-player experiences, so Gotham Knights allowing for co-op is a great feature that can help divide and conquer enemies during missions, and bring friends together as the narrative unfolds. You and your friend can play any of the four Knights you desire, even two of the same ones.

Multiplayer co-op mode is absent from the Batman: Arkham games and is one that truly sets Gotham Knights apart. You will have the option to play alongside your friend as a duo after completing a brief co-op tutorial in the Belfry.

2/10 Complete All Side Villain Missions 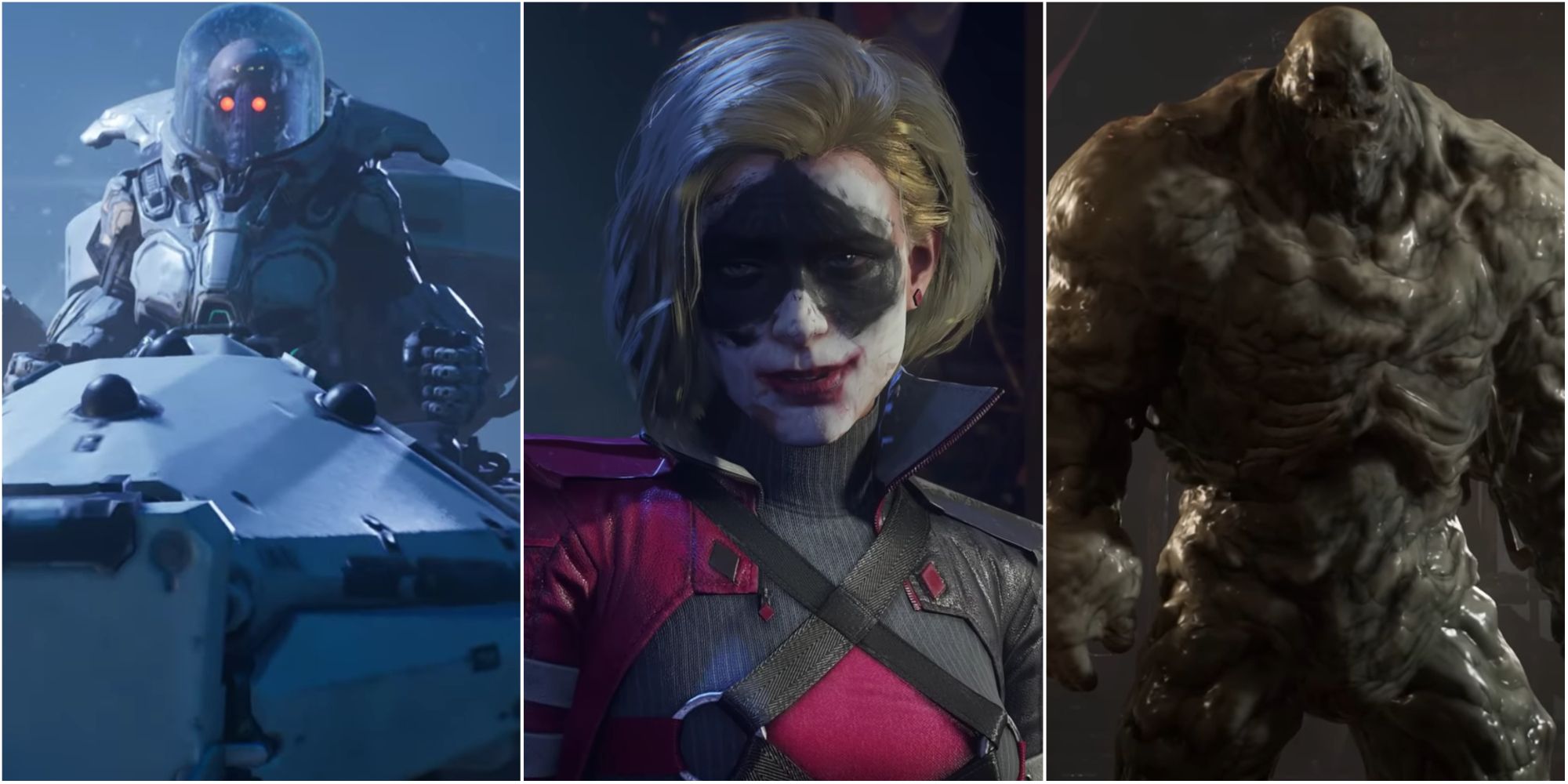 When it comes to any game set in the Batman universe, the appearance of key villains from the rogues gallery is often the most exciting element. Gotham Knights' story revolves around the enigmatic Court of Owls, Gotham's oldest and most sinister secretive organization. While it's nice to see them finally getting recognition in a video game, they probably won't be the only enemy you want to fight.

Also included in the game as side villains are Mr. Freeze, Harley Quinn, and Clay Face, each becoming accessible through their own series of missions called the Villain Case Files. They're woven into the main chapters and are composed of subsections. 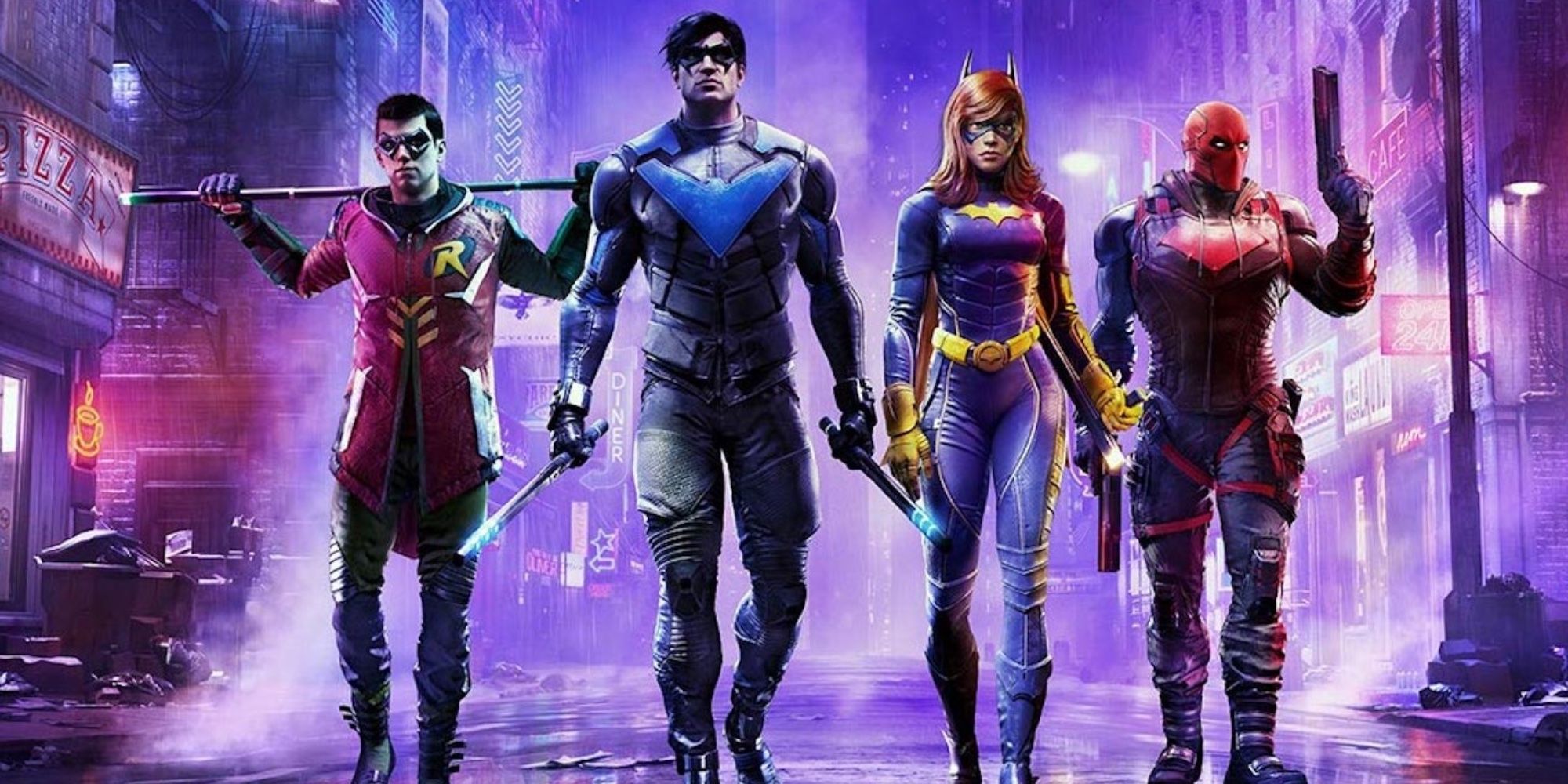 One of Gotham Knights’ biggest appeals is having the ability to mix and match between each of the four playable heroes of the Bat Family at any point. When you can roam free in the Belfry, you'll find the costumes of all the Gotham Knights stored in glass cases that you can select and switch off.

Their fighting styles and gliding mechanics are distinctly unique, and you may want to experiment with which move set you find most suitable. Some players prefer the ranged attacks and brute force of Red Hood, but also want to use Robin's staff, or soar through the skies with Nightwing’s glider. And the best part is that leveling remains the same across each of them. 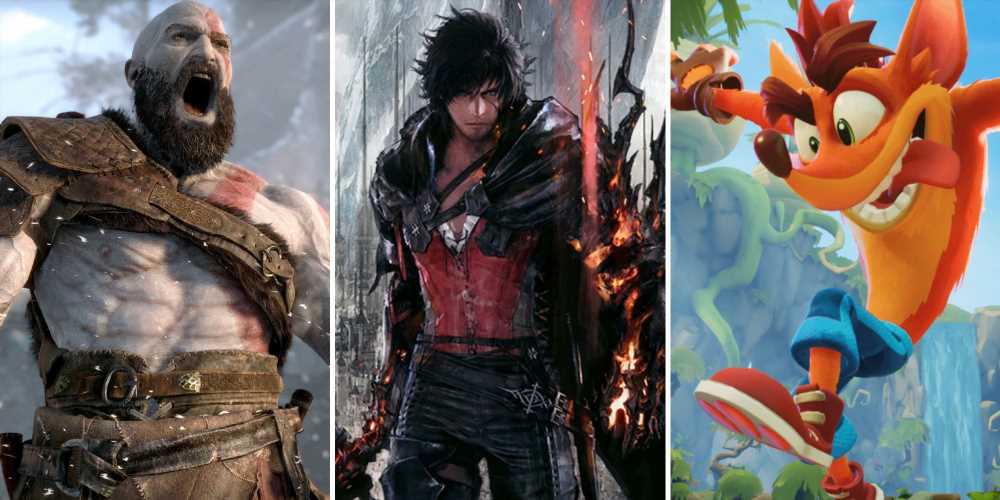