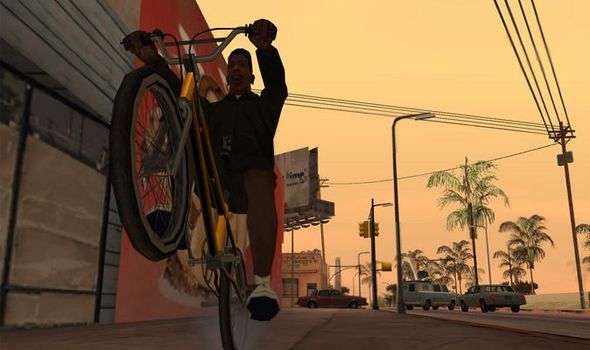 According to a new leak spotted by VGC today, the Grand Theft Auto remastered trilogy leaked earlier this year has a release date set in 2022.

There has been plenty of speculation and rumours regarding the new project, including what platforms it would arrive on and the timing of its launch.

A lot of this is down to fans waiting around to play GTA 6, which appears to be years away from being finished.

To fill that hole will be the ever-present and popular GTA Online and GTA 5, with both launching as native products on PS5 and Xbox Series X in 2022.

And worried PS4 and Xbox One gamers seem to have been reassured today that something fresh is being planned for them as well.

And this time the source is South Korea’s Game Rating and Administration Committee.

The Definitive Edition listing didn’t come with platform information, but previous leaks had suggested it would be coming to PS4, Xbox One, next-gen consoles and PC.

And this is just the latest in a steady stream of leaks that have suggested that the GTA Collection was real and arriving in the coming months.

This year will mark 20 years since GTA 3 first launched on the PS2. The iconic Liberty City adventure – which set the blueprint for what fans would expect from following Grand Theft Auto games – was first released on October 22 2001. And to mark the 20th anniversary of the first 3D GTA game Rockstar Games are rumoured to be preparing remasters of the entire PS2 trilogy.

Rockstar Games previously teased they had “surprise” announcements in store for the upcoming GTA 3 anniversary.

Tom Henderson – a leaker known for his Battlefield and COD information – revealed more on the subject earlier in 2021.

Henderson tweeted at the time: “I wasn’t going to mention the GTA Remastered Trilogy, because everything I’ve heard has been covered – The only difference is that I don’t believe the launch time frame is correct.”

Giving a potential release window, the leaker went on to add: “Sometime in 2022.”

This would fit with the latest listing information that suggests the new GTA Collection will be available to buy sometime next year.