GTA 5 Online players will be keeping a close eye to see if a major PS4 and Xbox One update gets released by Rockstar Games this week.

For almost six years GTA 5 fans in single-player and GTA Online have been promised that a new casino location was coming “soon”.

However, despite a banner promising this imminent opening the casino in GTA 5 has stood derelict and unused.

The sign became a meme, with GTA 5 and GTA Online fans wondering if its doors would ever open.

But recently there has been activity at the casino, with an update to GTA Online last week removing the banner out front.

The entrance to the casino is now also blocked off with construction props and cones, as activity and changes suddenly takes place at the location.

Fans have been left wondering if this is a sign that the casino in GTA 5 and GTA Online is indeed opening soon.

And, according to GTA dataminer Tezfun, Rockstar Games is preparing to open the casino soon.

The tweeter posted: “There were rumors that GTAO Next Update will feature the casino, I can confirm it.

“Just now, R* have updated the background script to set specific dates that will apply changes to the casino.

“You’ll notice changes happening near the casino as we move closer to release.#GTAOnline”.

GTA 5 and GTA Online fans are speculating that the casino could open when a brand new update launches at the end of June or early July.

There is also the possibility that Rockstar Games grabs some headlines by releasing the GTA casino update during E3 2019. 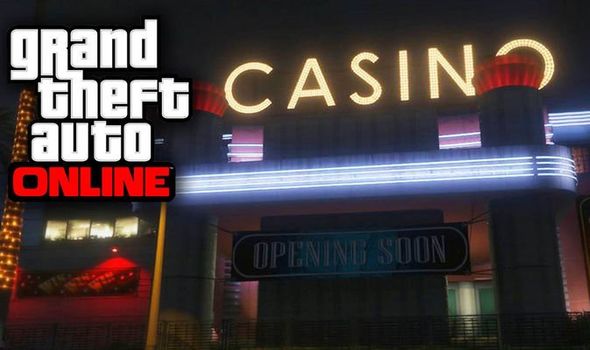 Rockstar Games has form doing this, previously releasing the Gunrunning update for GTA 5 Online back in June 2017 while E3 was on.

In other news, it’s been rumoured that Rockstar Games will reveal more on GTA 6 during E3 2019.

GTA 6 rumours have been coming in thick and fast ever since April, when a rumour emerged claiming that GTA 6 would be out in 2020.

That rumour opened the floodgates, with it since claimed that GTA 6 will be set in Vice City and that it won’t appear on the PS4 or Xbox One.

It remains to be seen whether any GTA 6 news does get revealed during E3, but it would be very surprising if it does.

Rockstar Games has historically made big announcements outside of trade shows like E3, so it would be a turn up for the books if they broke this form.