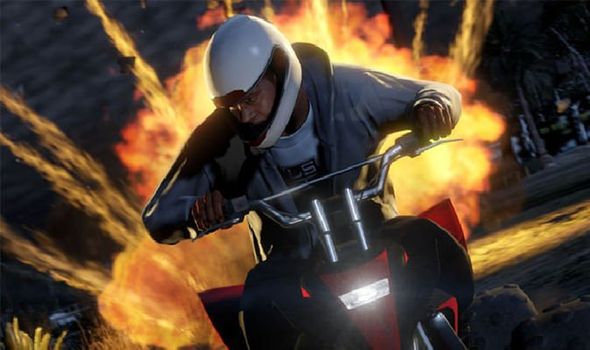 Rockstar Games have big plans in 2021 for expanding its support on PS5 and Xbox Series X, but it won’t include GTA 6.

Reports keep coming in that the next Grand Theft Auto game will not arrive in 2021, and more surprisingly, 2022 or 2023.

It could be years before gamers enjoy the next instalment in the famous franchise, although that doesn’t mean there won’t be new content to play.

Grand Theft Auto gamers have been waiting for years to find out more about the next game in the popular franchise, and it looks like they will be stuck doing this for a little while longer.

Rockstar Games announced its plans to launch an enhanced version of GTA 5 on PS5 and Xbox Series X in 2020, and we’re not months away from that final product arriving.

November 11 is the date that the enhanced version of GTA 5 makes its debut on PS5 and Xbox Series X, quite the feat for a title that originally launched in 2013.

But while fans are groaning at the idea of buying yet another version of the hit open-world adventure, it looks like it will be your best option.

That’s because the evidence is stacking up that GTA 6 won’t be launching until 2023 or beyond on new consoles.

Several sources have already shared reports that the next Grand Theft Auto game won’t arrive until 2025.

In his latest video on YouTube, Henderson claims that Grand Theft Auto 6 will have a 2025 release date.

If the reports are true, then the gap between the release of GTA 5 and GTA 6 will be a whopping 12 years, and will be set in a modern day version of Vice City.

Bloomberg Reporter Jason Jason Schreier also backed up the report, confirming that it could be years before we hear more about the project.

And now Seeking Alpha, a crowd-sourced content service for financial markets, has provided a new update, pointing out that analysts have been struggling to make their own educated guesses on the final date.

A recent report from Seeking Alpha explains: “Unfortunately, management was so tight-lipped that not a single analyst could make an educated guess by asking the most implicative questions possible during the earnings call.

“While there are all kinds of rumors online, it would probably be naive to expect a release in the next 2 years or so.

“Rockstar Games is famous for really taking its time to make sure a game is perfect before showing it to the world, which in my view is the right mentality given a rushed game is always bad.

“I’m sure they wouldn’t want to go through the same experience as CD Projekt’s Cyberpunk 2077.

“Take-Two is undeniably a leader in the gaming space and is not looking to slow down with all that financial firepower. The company continues to innovate by crafting immersive, fun and memorable gaming experiences that allow players to explore and interact with their friends and adaptable NPCs.”

So for now, GTA Online will be the main draw for all Grand Theft Auto fans looking for new content.

Rockstar Games are promising some big features for the latest version, and this could mean eventually leaving behind the PS4 an Xbox One versions for bigger adventures in the future.