GTA 6 release date news today includes claims that the release date for the next Grand Theft Auto game is still awhile off.

GTA 6 rumours have gone into overdrive recently ever since an alleged leak emerged in April claiming the next Grand Theft Auto game will be out in 2020.

These Rockstar Games rumours emerged from a Pastebin post allegedly penned by a third-party dev, with it claimed GTA 6 will be a timed PS5 launch exclusive.

Since then the floodgates have opened with claims GTA 6 will not be appearing on the PS4 and Xbox One and that it will mark a return to Vice City.

And now a new theory has emerged about the launch of GTA 6, and the signs could be bad news for fans hoping for an imminent release.

In a post online YouTuber ChampChong took a deep dive into when Rockstar Games could be releasing the next entry in the Grand Theft Auto series.

In a video title “why is Rockstar Games delaying GTA 6”, the YouTube channel which has almost 900,000 subs analysed previous Grand Theft Auto launches.

ChampChong outlined how with each passing GTA release the wait between initial unveiling and actual launch has gotten longer.

The YouTuber said: “The six years since the last GTA game, it’s the longest we’ve gone without a GTA since the original.”

ChampChong went onto say that initially the release of new GTA games was separated by one to two years.

This was the case during the PS1 and PS2 era, but that all changed when the Xbox 360 and PS3 came around.

The YouTuber said: “GTA 4 broke that really quick one to two year release date time period and it came out four years later [than San Andreas] on a completely new engine and completely new generation of consoles.

“Then we waited five more years up until 2013 for the release of GTA 5. And it was the longest until the growing six year drought right now. 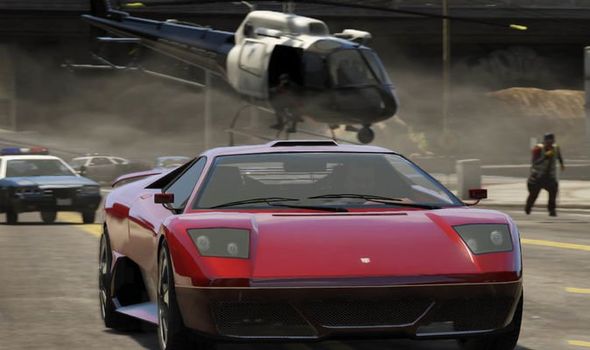 “And when you really think about it, when we did get the drop of the initial GTA 4 trailer it was in March of 2007.

“Then you move onto a game like GTA 5 and it gets even crazier.

“The first trailer for that game was released in 2011 and then the game wasn’t even released until September of 2013.

It’s important to note even though there was previously big gaps between GTA reveals and launches, that doesn’t mean it’ll be the same case with GTA 6.

It had been rumoured that Rockstar Games would drop a surprise GTA 6 announcement trailer during E3 2019.

If this happens it would be the first time Rockstar Games has done this, with the gaming giant typically making announcements outside of E3.

If those GTA 6 PS5 exclusive rumours do end up being true then it could be possible it gets announced in June if Sony unveils the new PlayStation then.

But there are a number of boxes that need to be ticked for this rumour to come true.

So, as always with rumours it’s best to take them with a pinch of salt until official confirmation.

But either way all eyes of the gaming world will be on E3 with major unannounced games and Microsoft’s next console set to be revealed then.