GTA 6 release date news today includes a big hint about when the next Grand Theft Auto title from Rockstar Games could be coming out.

GTA 6 is one of the most highly anticipated games on the horizon, despite it not being official announced by Rockstar Games.

Ever since Red Dead Redemption 2 was released by Rockstar last year attention among GTA fans has shifted towards what the developer is working on now.

And seeing how it’s been almost six years since GTA 5 first launched it’s unsurprising fans are wondering if GTA 6 is well into development.

Since April the rumours about GTA 6 have gone into overdrive, and it was all sparked by an alleged leak claiming Grand Theft Auto 6 is coming in 2020.

That rumour also claimed GTA 6 would be a timed exclusive for the PS5, with it later alleged it’ll be set in Vice City and skip current-gen consoles.

As fans wait for an official GTA 6 announcement from Rockstar Games new claims about the next Grand Theft Auto game have emerged online.

In a post online YouTuber RobbinRams analysed one alleged leak about GTA 6.

Back in 2017 it was claimed work on GTA 6 had been leaked in an actor’s online resume.

Grand Theft Auto 6 was listed on a profile for actor Tim Neff on the website Breakdown Express.

It led to speculation that work on GTA 6 could be well underway, as motion capture work is typically done some way into production.

However, Neff came out to later say the resume posted on Breakdown Express was incorrect and that he doesn’t have an account on the site.

Speaking after the story broke Neff said: “That isn’t my page, account or resume. I don’t even know that website.

“I worked on GTA 5 a long time ago and haven’t done anything since”. 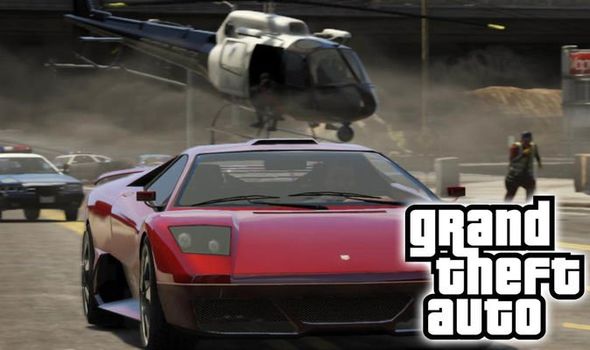 YouTuber RobbinRams looked at some profiles for Neff in 2019, and noticed on the site tim-neff.com the actor was listed for “untitled mobcap”.

He also spotted that on a page dedicated to Neff on istunt.com the actor was listed as doing motion capture work for “Grand Theft Auto”.

It remains to be seen if that is the case, or if this just refers to the work Neff said he did on Grand Theft Auto 5.

Either way in the video RobbinsRams also pointed out something which he said was “mind blowing”.

The YouTuber highlighted an easter egg which could be Rockstar Games dropping a big hint about when the GTA 6 release date will be in.

RobbinsRams pointed out how in the Los Santos airport there’s one door which has the number 2013 on it and another with the number 2021.

These numbers are significant as 2013 is when GTA 5 was first released, so is the other number the year when GTA 6 will be out?