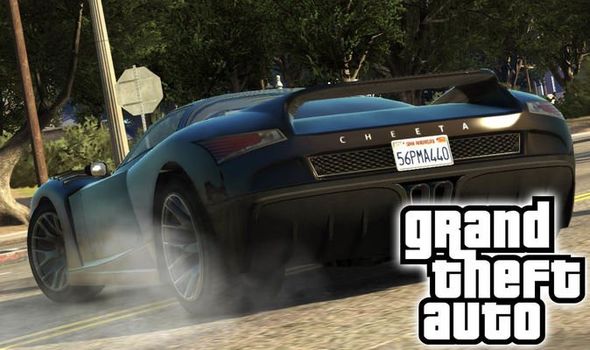 GTA 6 is one of the most highly anticipated games on the horizon, despite a PlayStation and Xbox release not being confirmed yet by Rockstar Games.

Attention among Grand Theft Auto fans has shifted towards when the GTA 6 release date will be ever since Red Dead Redemption 2 was launched.

Now that the huge title is out, fans have been left wondering what Rockstar Games are working on now – with GTA 6 an obvious candidate.

And recently plenty of GTA 6 rumours have emerged with the floodgates opening after a big claim was made about the next Grand Theft Auto.

It all started after a rumour claimed that GTA 6 will be a launch title for the PS5 and will have a release date in 2020.

It’s also claimed that GTA 6 will be a timed exclusive for the PS5, with Sony allegedly playing “big money” to get one month’s worth of exclusive rights.

This rumour originated on Pastebin, and on the same site another rumour emerged about GTA 6.

It’s claimed that GTA 6 will only be for next-gen consoles due to “memory restrictions” on the current crop of gaming devices.

One reason this could be the case is the size of GTA 6, which rumour has it could be the biggest open-world Rockstar Games has ever created.

It’s rumoured that GTA 6 will feature at least two major cities for players to explore – Liberty City and Vice City.

However, it’s also been claimed that Los Santos could be added to this selection of areas featured in GTA 6.

These three locations featured in the influential PS2 games, so it would be great for long-term fans to get to revisit these locales.

However, hearing about the huge open world that Rockstar Games could be planning may raise alarm bells for some fans.

That’s because GTA 5 – depending on the platform it was running on – could have what some may see as lengthy loading times.

In a post on YouTube the load times for booting up GTA 5 on different platforms was compared.

In the test the PS3 had the longest load time of all of over two and a half minutes, while PCs were the quickest at around one minute and 15 seconds.

But, if GTA 6 does end up being only available on next-gen consoles, then this shouldn’t be a problem.

Last month the first official specs for the PS5 were revealed, with one of the most exciting things being the inclusion of an SSD.

And in a test PlayStation architect Mark Cerny showed how loading times for Spider-Man had been cut from 15 seconds to 0.8 seconds.

This is almost nineteen times faster than the PS4 loading times.

And now in the latest issue of the Official PlayStation Magazine a Sony spokesperson has elaborated on this.

They said they hope to make loading screens a “thing of the past”.

Speaking in issue 162 a Sony spokesperson said: “An ultra-high-speed SSD is the key to our next generation.

“Our vision is to make loading screens a thing of the past, enabling creators to build new and unique gameplay experiences.”

If Sony is able to deliver on this, it would hopefully eradicate the lengthy load times that some fans may have come to associate with GTA 5.

This would help to provide a more smoother experience, and mean gamers can jump into the exciting open-world Rockstar Games has built far quicker.