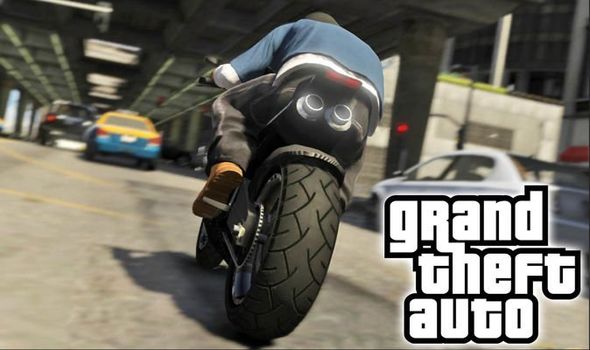 GTA 6 has not been officially confirmed by Rockstar Games but it’s already been the subject of much speculation.

The rumour mill for the past few weeks has been abuzz with claims about GTA 6 and the highly anticipated release date.

One of the most eye-catching rumours has been GTA 6 could have a release date as early as 2020 and will be a timed exclusive for the PS5.

It’s been claimed that Sony paid “big money” to get GTA 6 as an exclusive for the PS5 for one month.

No other formats were mentioned in the big GTA 6 rumour, so it remains to be seen if the new Grand Theft Auto will only be for next-gen consoles.

The last game in the hugely popular series – GTA 5 – first came out on the PS3 and Xbox 360 before coming to the PS4, Xbox One and PCs.

It remains to be seen if GTA 6 does end up being a timed PS5 exclusive or not.

But if it does then Grand Theft Auto fans looking to be among the first to play it have been delivered a big boost.

Recently Sony made a surprise PS5 announcement revealing the first details about their next-gen PlayStation console.

The PS5 will be backwards compatible with the PS4, support 8K graphics and be the first ever console that utilises ray tracing.

This is a rendering technique which is used in advanced special effects seen in Hollywood blockbuster movies.

Despite the high specs listed for the PS5 Cerny hinted that the new PlayStation would launch at an “appealing” price for gamers.

Based on the specs provided, analysts had predicted the PS5 could end up costing $499 (£386) at launch.

But one analyst has predicted that the specs for the PS5 indicate that it will launch instead at $399 (£309).

This will surely be welcome news to Grand Theft Auto fans if those GTA 6 PS5 exclusive rumours turn out to be true.

Speaking to Wired, Smithers said: “We are convinced that Sony is keen to distance itself from the rest of the video game world and become the industry’s IMAX.

“While Microsoft can match Sony on hardware – the PS5 will use only commercially available components – Sony has a lead on graphics processing.”

The GTA 6 PS5 exclusive rumours emerged from a Pastebin post allegedly penned by a third-party developer that has knowledge of Sony’s PS5 plans.

The rumour has raised eyebrows among some fans, especially with the shock claims that GTA 6 could be out next year.

This is especially surprising given that Red Dead Redemption 2 wasn’t out that long ago.

It would be a big shock if Rockstar Games launched another AAA title so soon after releasing another one.

But there are reasons to believe this source could be credible.

As revealed in a post by Dexerto, the source that claimed GTA 6 is coming in 2020 as a PS5 exclusive also correctly predicted the new PlayStation specs.

This could be a sign that the source is credible, but as always it’s best to take rumours with a pinch of salt until official confirmation.

The alleged insider also claimed that GTA 6 would be set in two cities – Liberty City and Vice City.

This information also ties into a previous rumour that emerged in 2018 claiming GTA 6 could be set in Miami.