Itching to know the best open-world build for your Gunsaber-wielding samurai in Guild Wars 2? You're in the right place, let us show you how to maximize the open-world potential of the Bladesworn Warrior and master both the way of the gun and blade.

The Warrior is the brute force specialist of the Guild Wars 2 professions. The Warrior tackled problems head-on and with brute force, they are the master of nearly all available weapons. While other professions use magic, the Warrior relies on strength, skill, and good equipment (nobody said they can't use magically enhanced armor and weapons).

In the End of Dragons expansion, the Warrior gains access to the pistol, a flashy new Gunsaber, and some new martial techniques to kick the Skritt out of more bad guys. 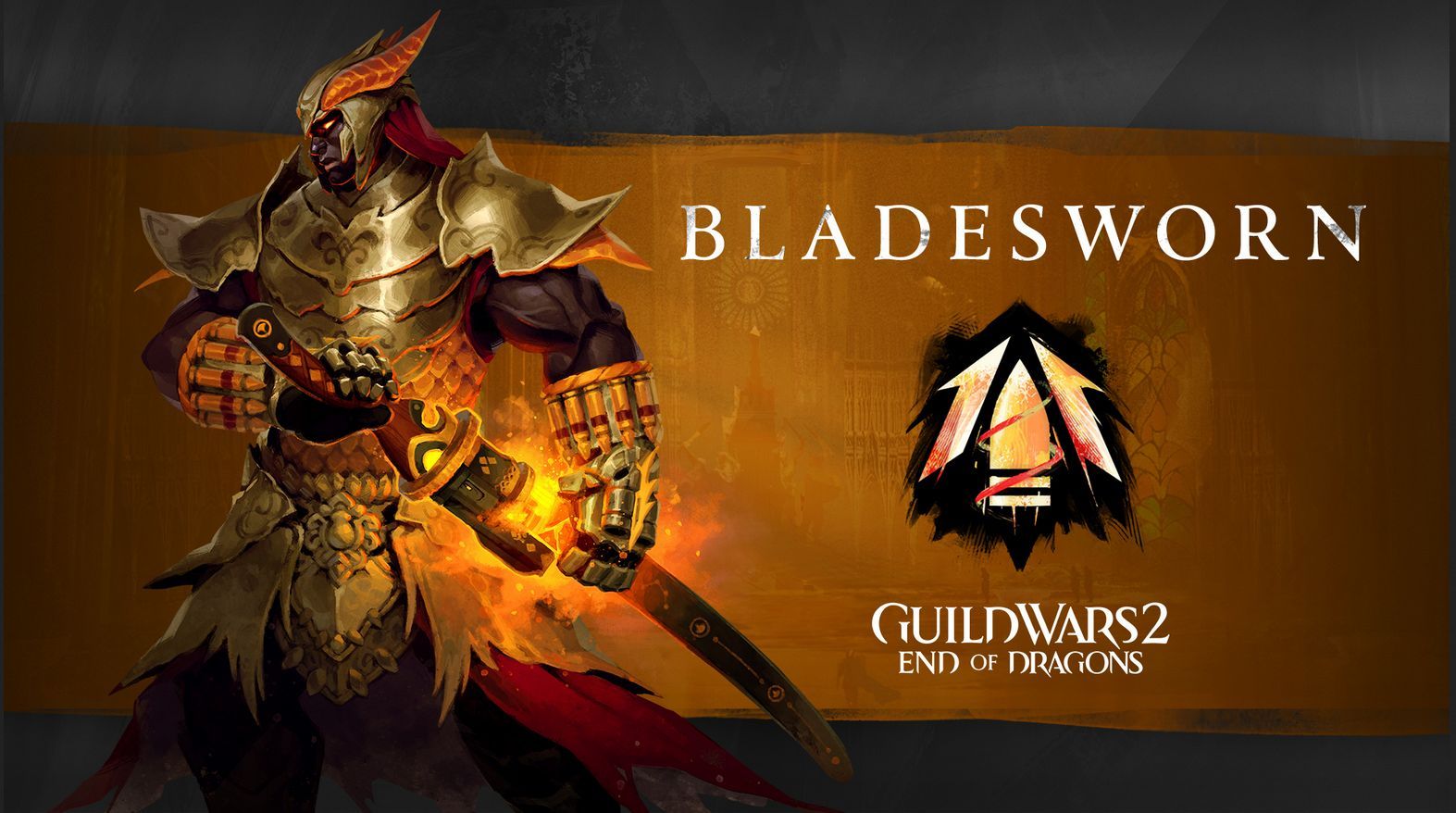 The Bladesworn gets access to a new offhand weapon – the pistol, which gives the Warrior access to 2 short-range damage-dealing skills. You also gain access to the Gunsaber, which works a bit like an engineer's toolkit – it basically acts as its own weapon set, this gives you access to a combination of melee, ranged, and leaping finisher skills. In the open world, the Gunsaber is an adaptable weapon that has very high DPS.

You also gain access to Armament skills, which carry charges or ammunition – enabling you to build up stacks of ammo and then spend them as you need them. It's a very active gameplay experience – you're a lethal fighter, but thanks to trait synergy, you're very hard to take down.

How Does The Gunsaber Work?

The Gunsaber is an adaptable, hard-hitting weapon that works incredibly well in the open world. The trade-off however is that the Bladesworn elite specialization loses the ability to swap weapon sets while in combat – you can only toggle between your currently equipped weapon set and the Gunsaber.

While normally the Warrior builds up adrenaline and then unleashes it in a hard-hitting attack, the Bladesworn works a bit differently. Instead of building adrenaline as you attack, you'll gain flow at a constant rate in combat, also any skills that would gain you adrenaline instead give you flow. Flow is then used to fuel the Bladesworn's most deadly attack – Dragon Slash. This attack will deal huge amounts of burst damage and can be modified with traits.

The Best Bladesworn Traits For The Open World

The image above is the trait lines and the specific traits that you'll be investing in. We'll examine the selection in more detail below, where we'll also be looking at the gear choices as well. The trait lines are as follows – Strength, Arms, and Bladesworn. These traits all give us a nice combo of damage and survivability, this build offers little in way of support, but you're in the open world and you've been providing banners for years – it's time to samurai slice the baddies instead.

We'll be putting points in Strength to get the following traits: Brave Stride, Forceful Greatsword, and Berserker's Power.