Halo Infinite: Ranking The Gadgets From Least To Most Useful

Halo Infinite offers you the chance to utilize a variety of different gadgets in both the campaign and in multiplayer. Some of these are returning gadgets from previous Halo games, while others are brand new abilities for players to master.

While all of them prove their worth to some degree, certain gadgets are more useful than others. Some new gadgets even change and evolve the Halo experience in a fresh and exciting way. 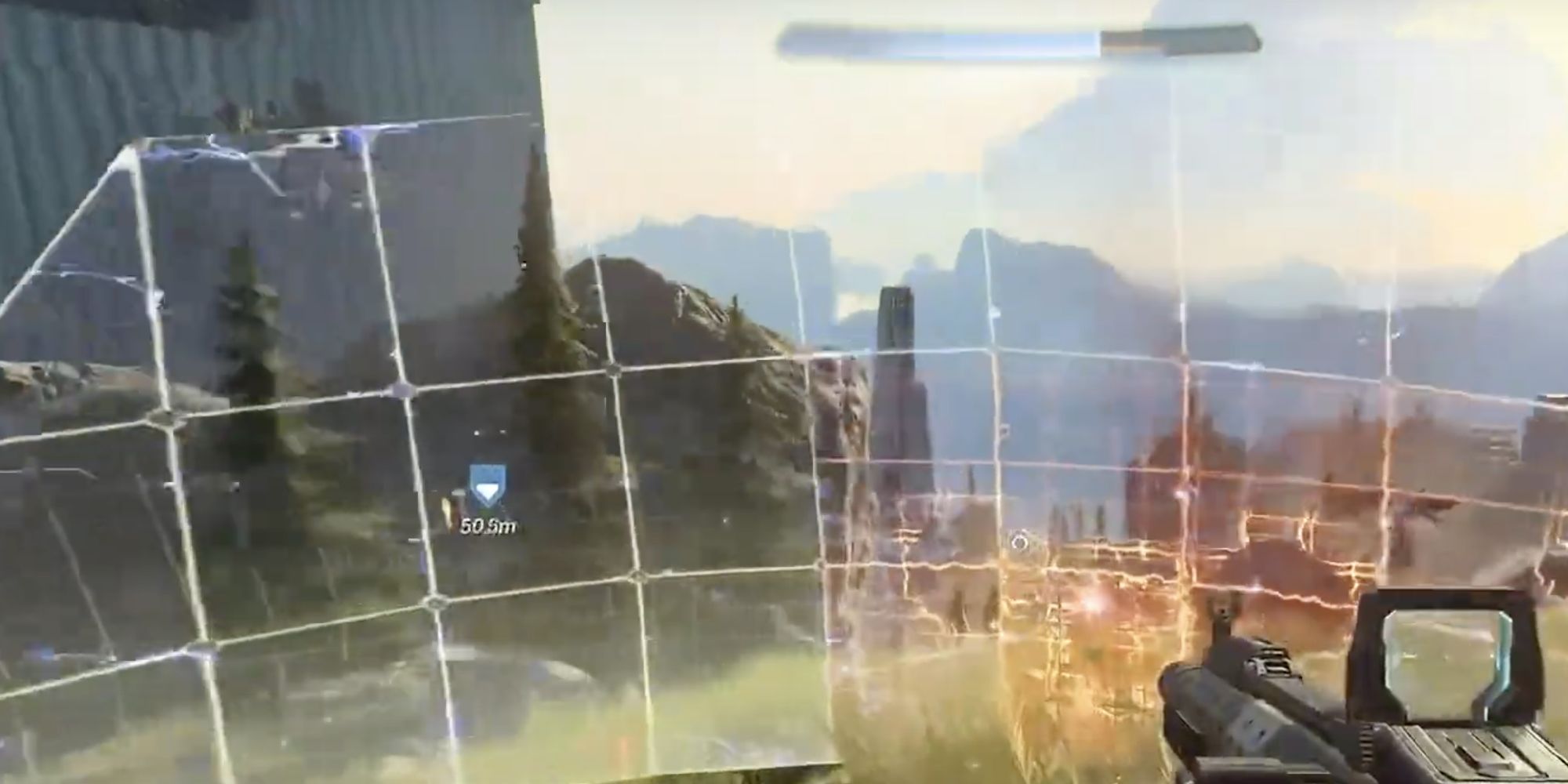 While the idea of this gadget is good, the execution leaves lots to be desired. When activated, a yellow wall is dropped in front of you to shield you from oncoming bullets and attacks. Sound’s useful right? The problem is that the shield only really absorbs a few bullets before it is then damaged and destroyed, meaning enemies can lay the damage back on quickly.

In multiplayer, the Drop Wall is essentially useless in combat. While it can serve to distract enemy players and put them off, the shield itself will go down very quickly, especially if your opponent comes in with a high-powered weapon.

While the Drop Wall is slightly more effective throughout the campaign, those playing on heroic and legendary should probably avoid relying on it too much. Upgraded, the Drop Wall’s size and health are increased considerably. However, targeted and focused fire will still manage to take down parts of the shield at a quick pace, leaving much to be desired from what could have been a great gadget. 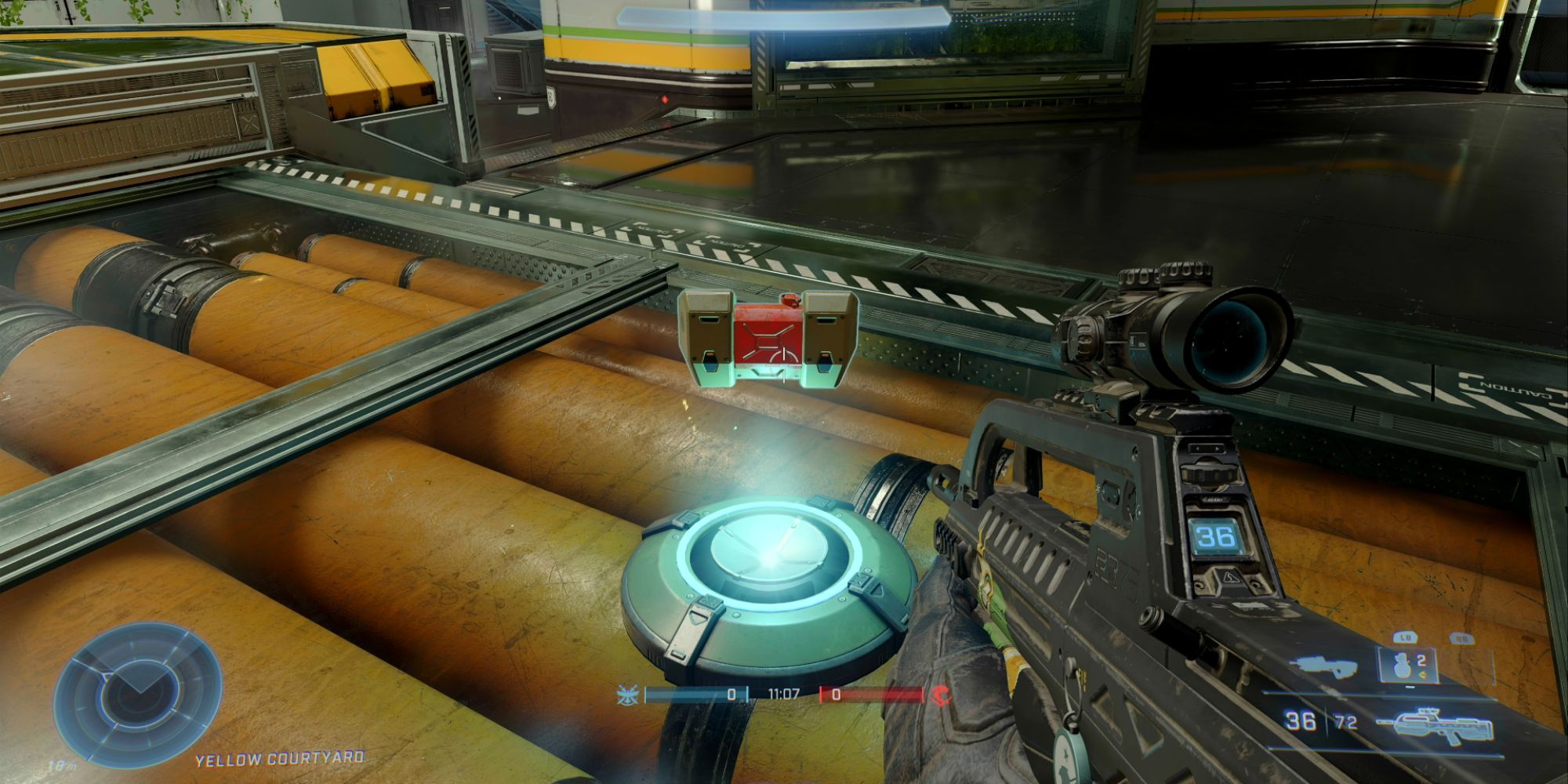 When used, the Thruster gadget provides you with a small boost in any direction of your choosing. This gadget is a great way to avoid incoming fire from a sniper or rocket launcher or to even get up close and personal with an enemy if you’re looking to take them down with an energy sword or gravity hammer.

In multiplayer it can be very effective when engaging in a 1 v 1 combat situation as it can throw the other person off and confuse them. For those who know how to use the thruster well, it can be a gamechanger when navigating multiplayer maps and either avoiding enemy fire or stalking retreating players who are attempting to recover their shields.

Unfortunately, though, the thruster gadget becomes quite obsolete in the campaign largely due to the excellence of the grapple shot gadget The Master Chief is also able to use. So, while Thrusters are helpful in multiplayer, it’s very rare you’ll be using them in the campaign. 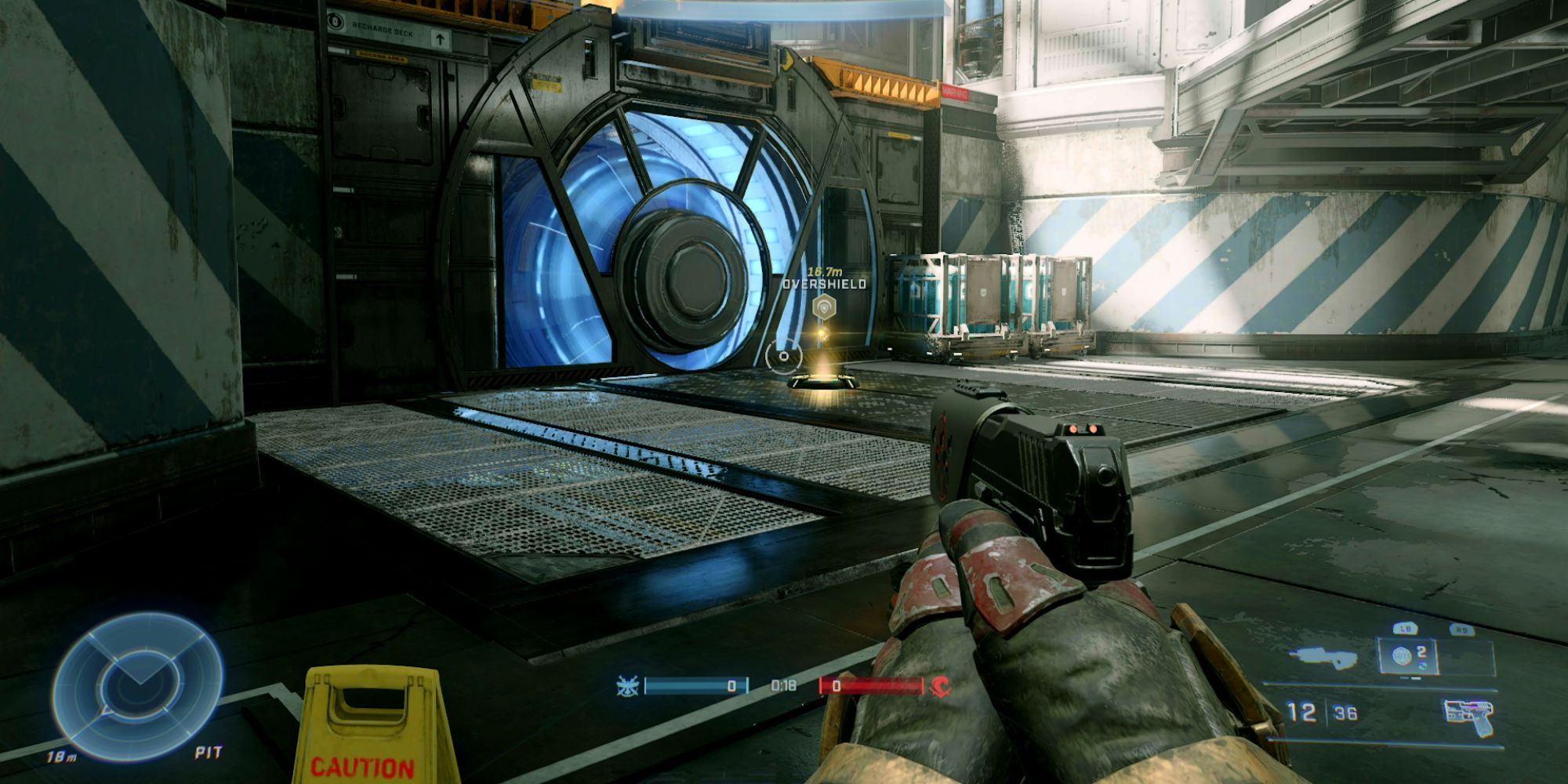 While it still provides you with a shield boost when equipped, the added shield strength deteriorates quite fast. Gone are the days when the Overshield made you essentially untouchable. Instead, Halo Infinite’s Overshield gives you a slight boost that will likely only last one combat interaction before it runs out or is taken down. For those used to risking it all to obtain the Overshield when it spawns during a multiplayer game, you may find yourself less inclined to run in and take the chance as the reward is not as great as it has been. 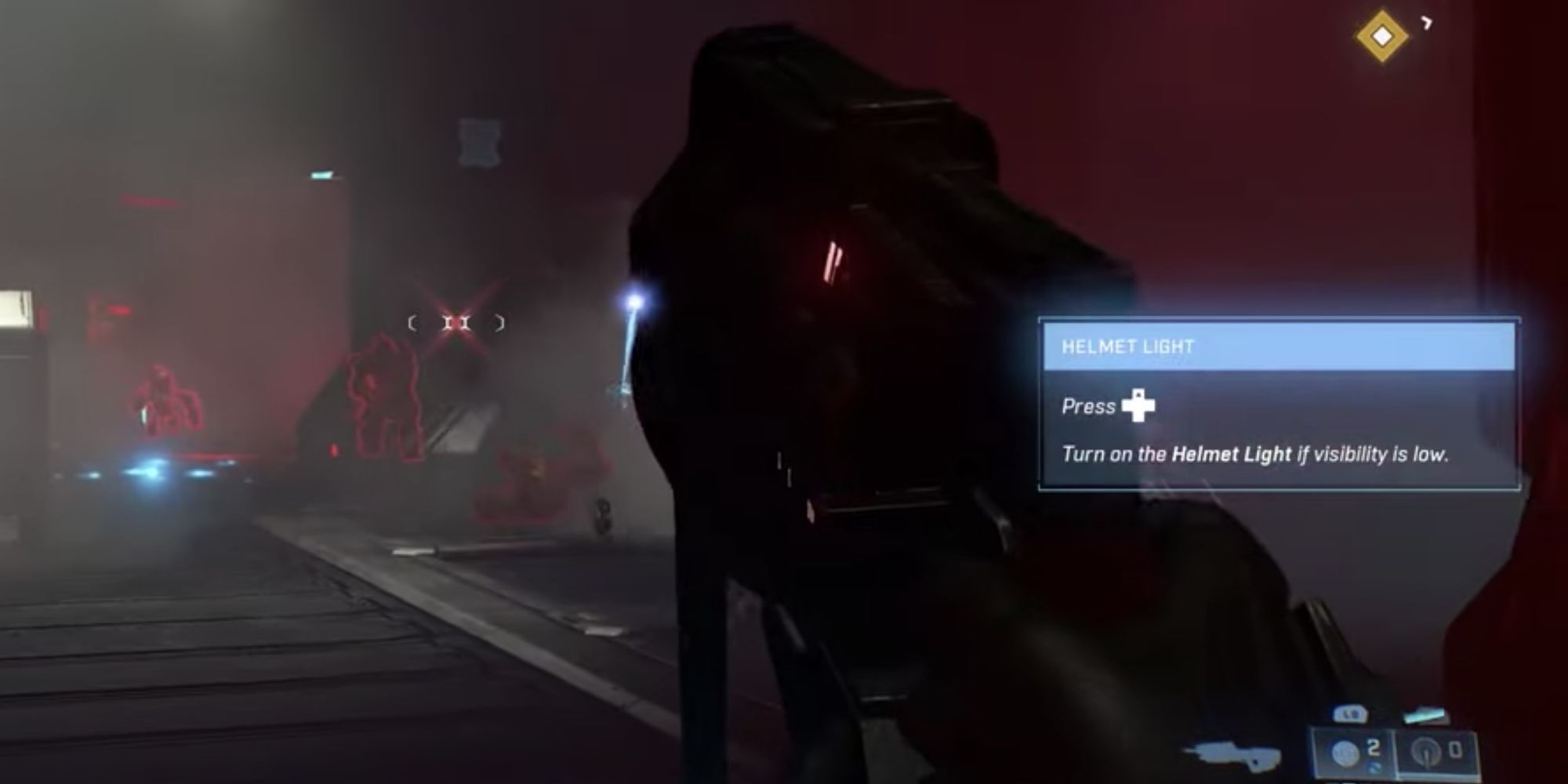 A tool that allows you to spot and reveal enemies through walls, the Threat Sensor is a very handy gadget. This gadget is effective in both multiplayer and the campaign and is a great way to get the upper hand against enemies hiding around corners.

In multiplayer, the threat sensor can help you and your teammates to flush out the enemy team and make their locations known. The Threat sensor is used most effectively when placed in a spot enemies can’t directly see or reach. If placed right in front of them then they’ll be able to shoot the sensor and destroy its effects.

In the campaign, the threat sensor serves a similar purpose. However, it has extra worth for when you find yourself coming up against an annoying elite with active camo. While invisible and hard to see, using the threat sensor against them makes them visible to The Master Chef even in active camo. So rather than running away aimlessly and hoping they’re not near you, the Threat Sensor is a great way to get the jump on hidden and camouflaged enemies in the campaign. 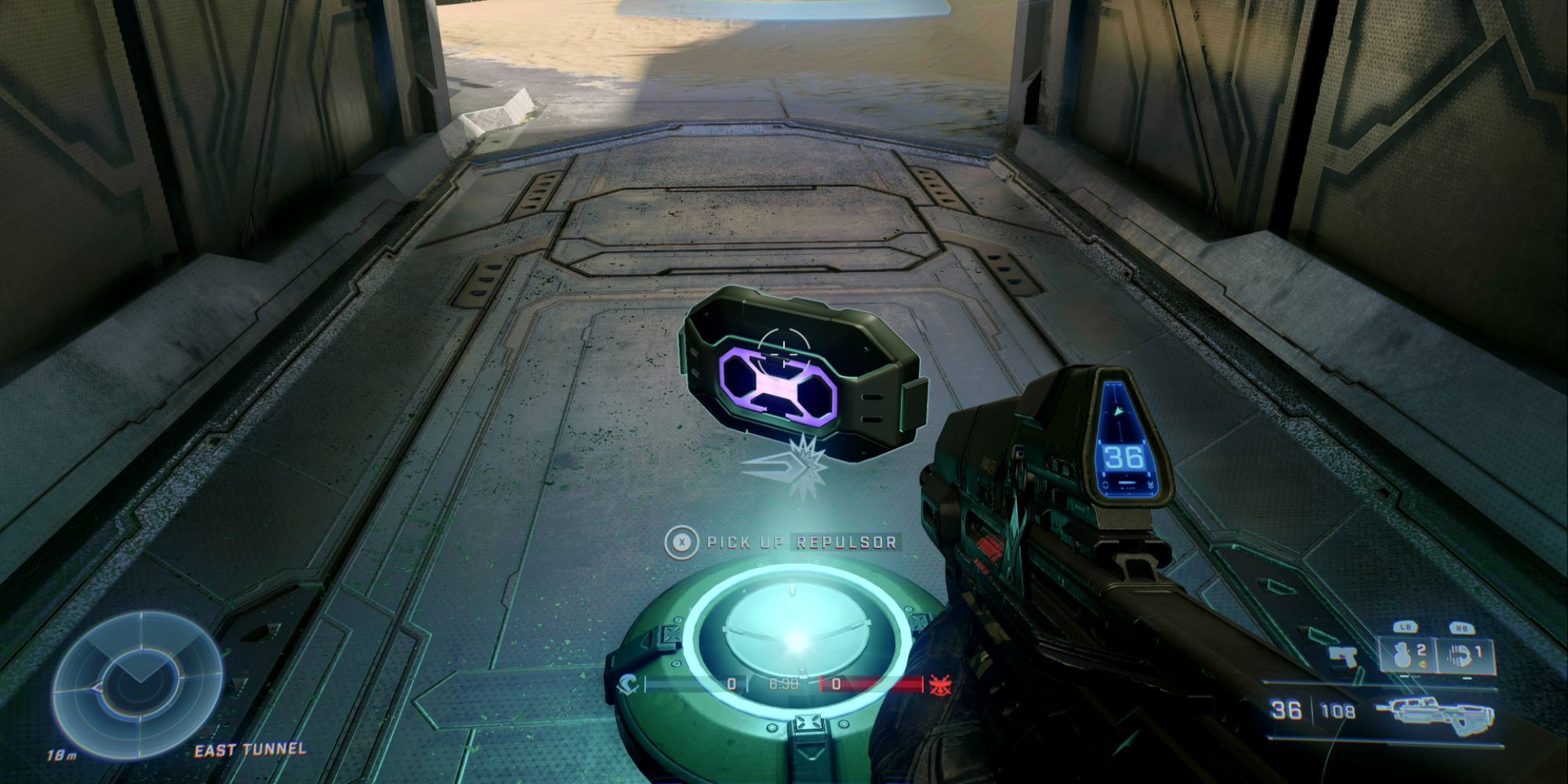 The most unique gadget featured in Halo Infinite, the Repulsor can take a while to master. However, if you can wrap your head around the Repulsor it is one of the most valuable gadgets in the game.

The Repulsor can be mainly used to deflect explosives or projectiles back towards enemies. In the campaign, this can be especially useful when facing a horde of Banished. A quick use of the Repulsor and all that damage being thrown your way can be turned back on the troops shooting them at you. In multiplayer, the Repulsor can also be an effective way to shoot opponents off the map. For a player charging at you with a gravity hammer, hitting the Repulsor can make them essentially fly away from you. So not only is the Repulsor extremely useful but it is also super fun. 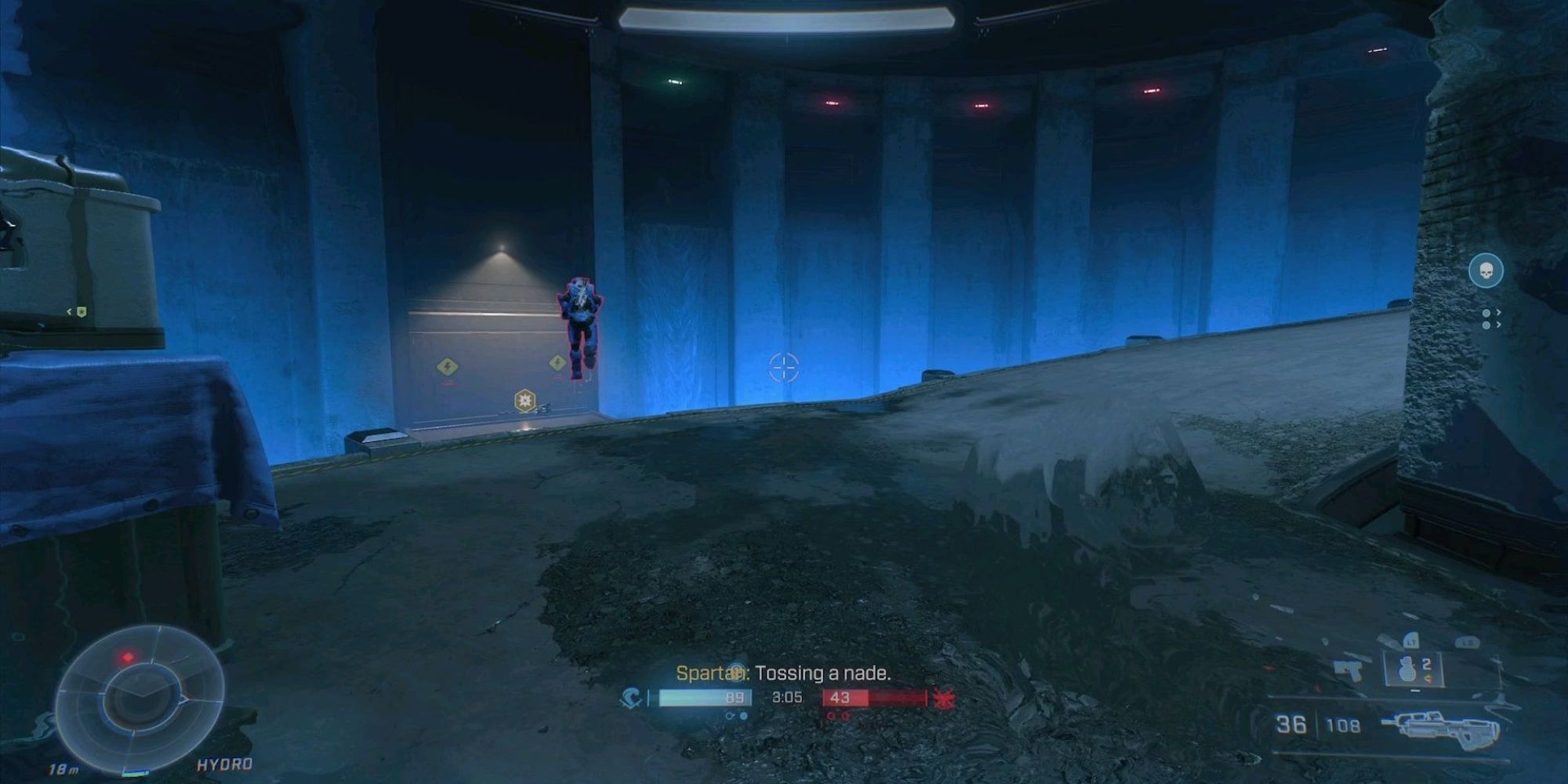 When equipped, other plays will barely be able to see you coming unless they’ve got a very good eye. Otherwise, you’ll be invisible and be able to sneak up behind enemies and take them down whenever and however you see fit. The biggest problem with Active Camo in older Halo titles is that, while it was always more effective during the campaign when used by Elites, using it yourself was pointless. Halo Infinite corrects this and instead gives you a powerful version of Active Camo that will help you take many enemies down. 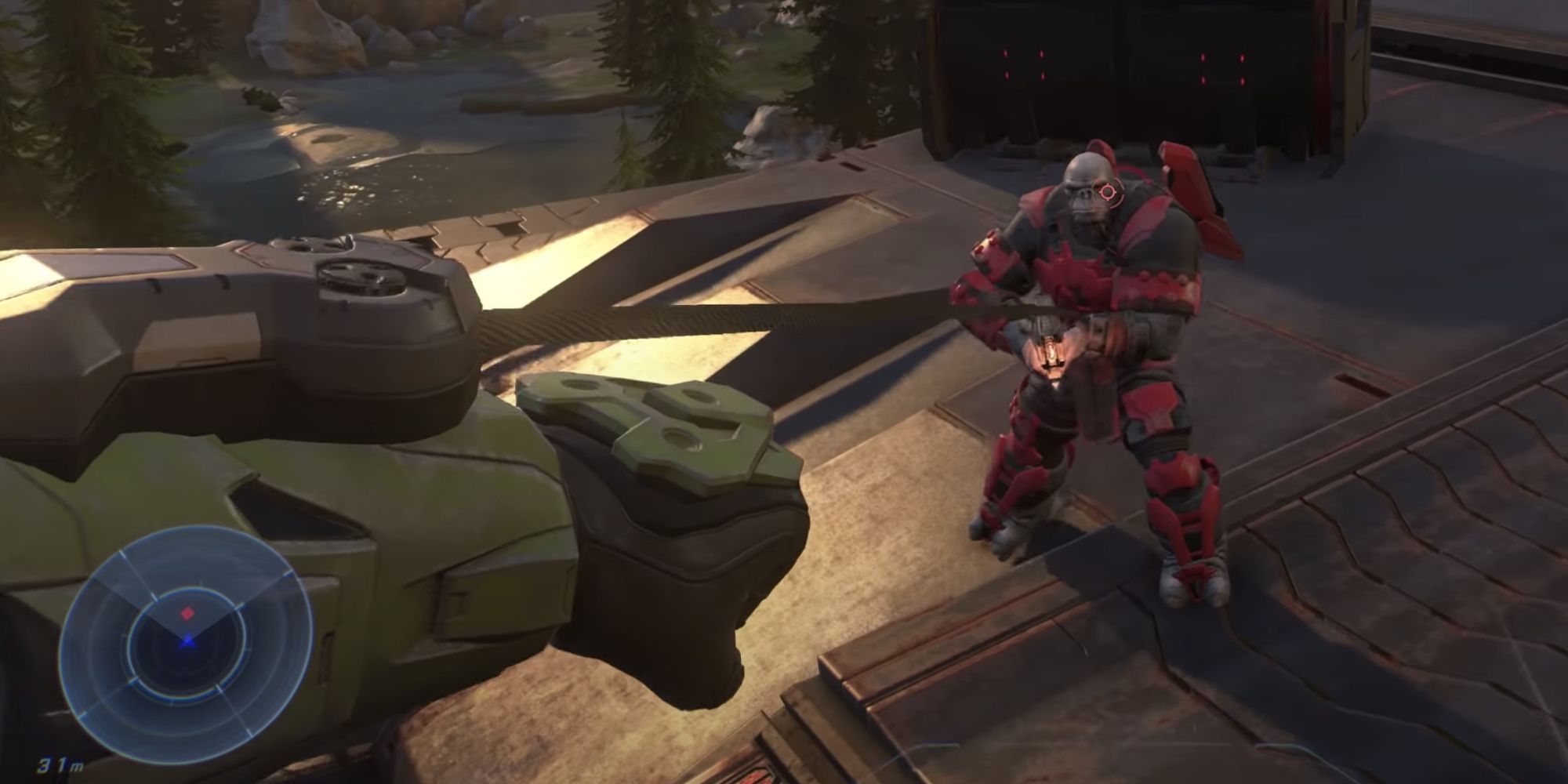 A literal game-changer, the Grappleshot is the best gadget Infinite has on offer. It will have you zipping around in both the campaign and the multiplayer. While it might be fun though, it also manages to be the most useful gadget you can get your hands on.

The Grappleshot is essential throughout the campaign, and based on its importance, 343 Industries will likely be keeping the Grapple Shot around for future games to come. One of the ways to utilize the Grappleshot in the campaign is to hook on to any and every fusion coil around to throw at enemies. When playing on harder difficulties, this technique is a great way to preserve ammo and take out multiple enemies at one time.

In multiplayer, obtaining the Grappleshot and pairing it with a Gravity Hammer or Energy Sword makes for an almost unstoppable combination. As well as this, grappling onto an enemy vehicle allows you to overthrow them and take it for yourself, something that can come in handy when you find yourself out in the open facing a ghost.