With no Assassin’s Creed on the books for 2019, I expected Watch Dogs Legion to fill the gap this holiday. Unfortunately we’ll need to wait until March of 2020 for the full release—which is doubly unfortunate because Watch Dogs Legion seems incredible, thanks to its innovative play-as-anyone-in-the-world tech.

I don’t get to say this often, but there’s nothing else like it.

After Ubisoft’s E3 press conference on Monday we had the chance to go hands-on with Watch Dogs Legion for about 45 minutes. Even so I feel like I’ve barely scratched the surface. I didn’t do a single mission, nor did I explore even the measly 20 percent of the map Ubisoft made available.

Instead, I took over a bunch of grandmas.

I can’t imagine playing Watch Dogs Legion any other way, to be honest. The whole crux of Legion is you can play as most anyone in the game. Any random bystander can be swayed to your cause—even enemy guards, given enough time and effort. But where’s the fun in that? Who cares about Generic Soldier-Guard #1 and his gambling habit or whatever?

When the demo started I was in control of Olivia, a doddering old lady perpetually hunched, wearing an orange shawl and nurse clogs. “If you hold down Left Bumper, we can initiate recruitment of some more people in this pub,” my Ubisoft demo assistant said. I didn’t really want to. I had Olivia, and she was great. 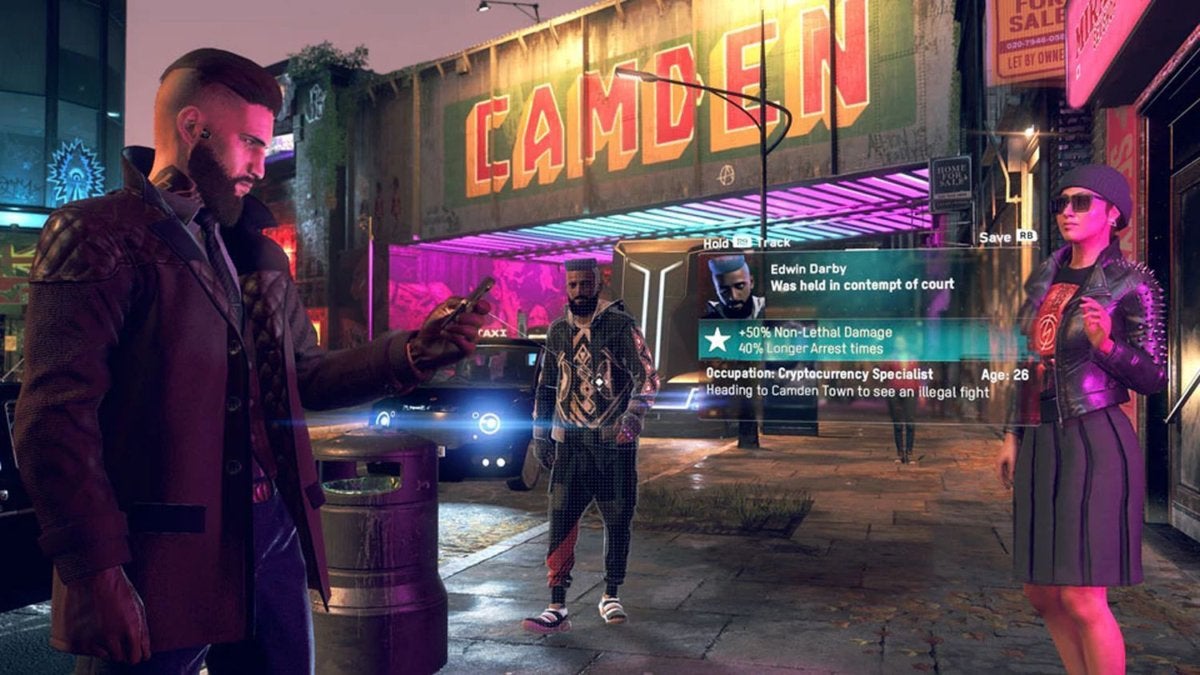 But playing along, I went on the hunt for other old women to flesh out my gang. There were none in the pub, but I found Lydia walking past the front door, even more hunched than my original character and clad in a fancy gold jacket. There was also Rose, wearing sunglasses as she meandered past 10 Downing Street…at 2 a.m. Her bio also says she “appeared in three celebrity sex tapes.” I added both of them to my phone’s contact list.

Lydia was none-too-fond of DedSec, but she had a problem: She was being blackmailed by a rogue security group, with the compromising info stored in Scotland Yard. Olivia sprang teetered into action, leaping on the back of a motorcycle and speeding through Charing Cross.

Let me tell you, you haven’t lived until you’ve seen an old woman riding a crotch rocket through the center of Charing Cross without a helmet or a stitch of safety gear. What a badass.

And that’s the charm of Watch Dogs Legion. This whole “Play as Anyone” system is delightful, insofar as it’s constantly serving up the same old ideas but in quietly hilarious fashion—like how Lydia didn’t punch enemies, instead gingerly slapping them with the force of a heavyweight boxer. Or how leaping off a wall resulted in a turned ankle and some awkward half-steps before she could resume her slow trot down the sidewalk.

Everything I did in my demo felt like business as usual for Watch Dogs—stealing cars, hacking security cameras, taking out patrolling guards. And yet doing so as Lydia or Olivia made it more interesting, both thematically and at a pure game level as I struggled to execute plans a stronger or more mobile character might’ve done with ease.

Will it work long-term? That I’m less certain about. Legion is a perfect hour-long demo because you can’t get a good idea what strings are still attached. As I said, I barely scratched the surface—mostly running around starting fights, crashing my motorcycle, and dressing Lydia up in ridiculous outfits (of which there are many). 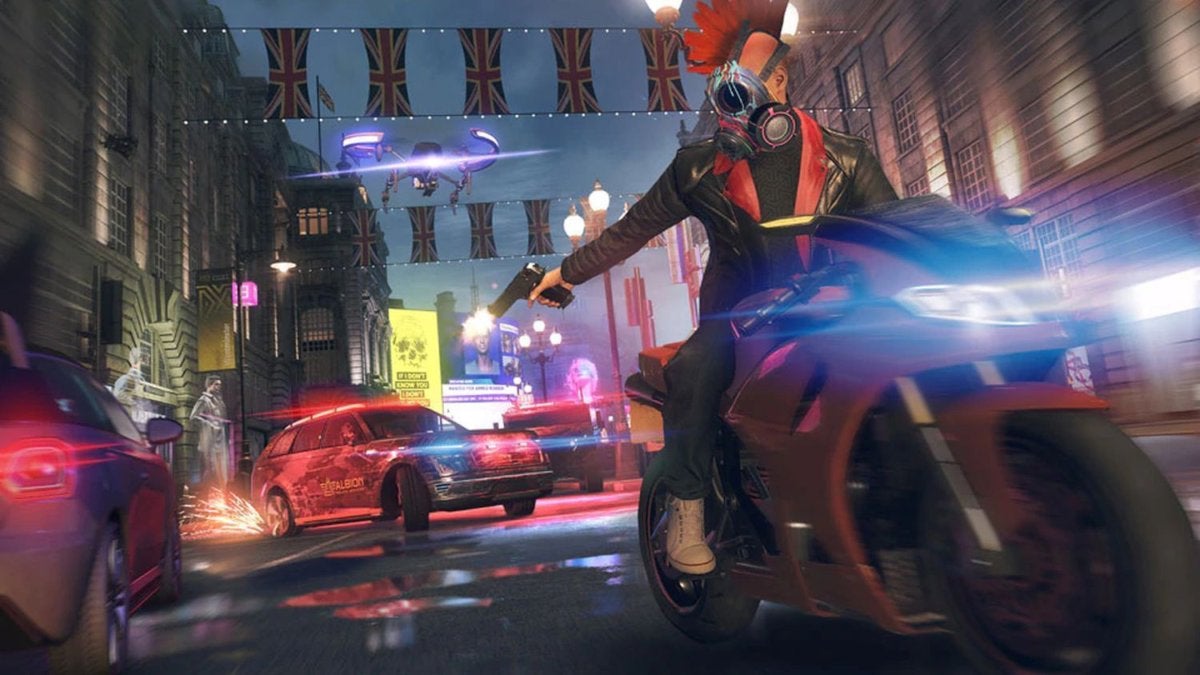 It’s mayhem, and I liked that. Legion is weird, or at least it gives the players the tools to make it weird, which is even better. I’ve no doubt certain people will assemble a crack team of 20 super-soldiers and think that’s the only way to play. Meanwhile I’ll be waging war on London as a retirement community for black hats.

But whether that meshes with the authored story? I’m not sure yet. Ubisoft touted its advanced voice modulation tech, the breadth of animations for different body types, the dozen scripts they’ve written depending on your character’s personality. Every character has a schedule, and you can see where they’ll be at any given time, interact with their social circles, or even disrupt those social circles and force them to adapt.

That all sounds great on paper—but the problem with procedural generation, as we’ve seen time and again, is that people are very good at pattern recognition. It’s instinctive, and if you start to notice the same animations, the same voice lines, the same repeated quest structures, that’s going to put cracks in the simulation. 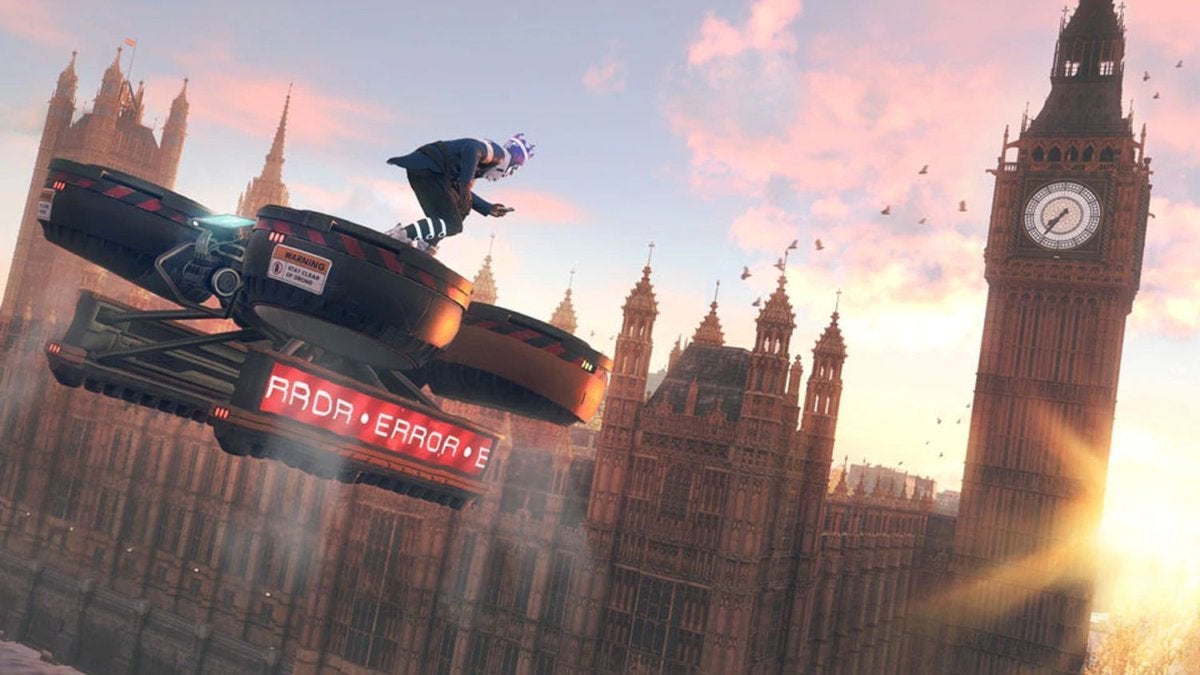 Still, I admire them for trying and I can’t wait to play more. I would’ve been fine with another Watch Dogs 2, this time in London, but Legion’s far more ambitious. My favorite part is just seeing the attention to detail, the weird systemic side effects that crop up when various rules collide in interesting ways.

By which I mean, I love when an old lady says “Absolutely buggered!” while shooting a police officer in the face. Call me easy to please, but’s it’s inspired.