One of the key aspects praised in the Harvestella was its playable classes, or jobs. Obtaining different jobs requires you to interact with NPCs, harness your skills, and craft the best character possible all while seamlessly switching between the jobs offered. Whether you’re in combat or simply exploring the wide scenery, Harvestella has allowed you to easily switch between jobs you’ve earned making classes within a game stand out more than ever before.

With a variety of jobs to choose from, it can be overwhelming to decide what the best route is for you to take. Choosing the right job classes that you enjoy ultimately boils down to the type of player you are, what you want to get out of the game, and what you value most in a character. Though with a wide array to choose from, it’s highly doubtful you won’t find something you thoroughly enjoy. 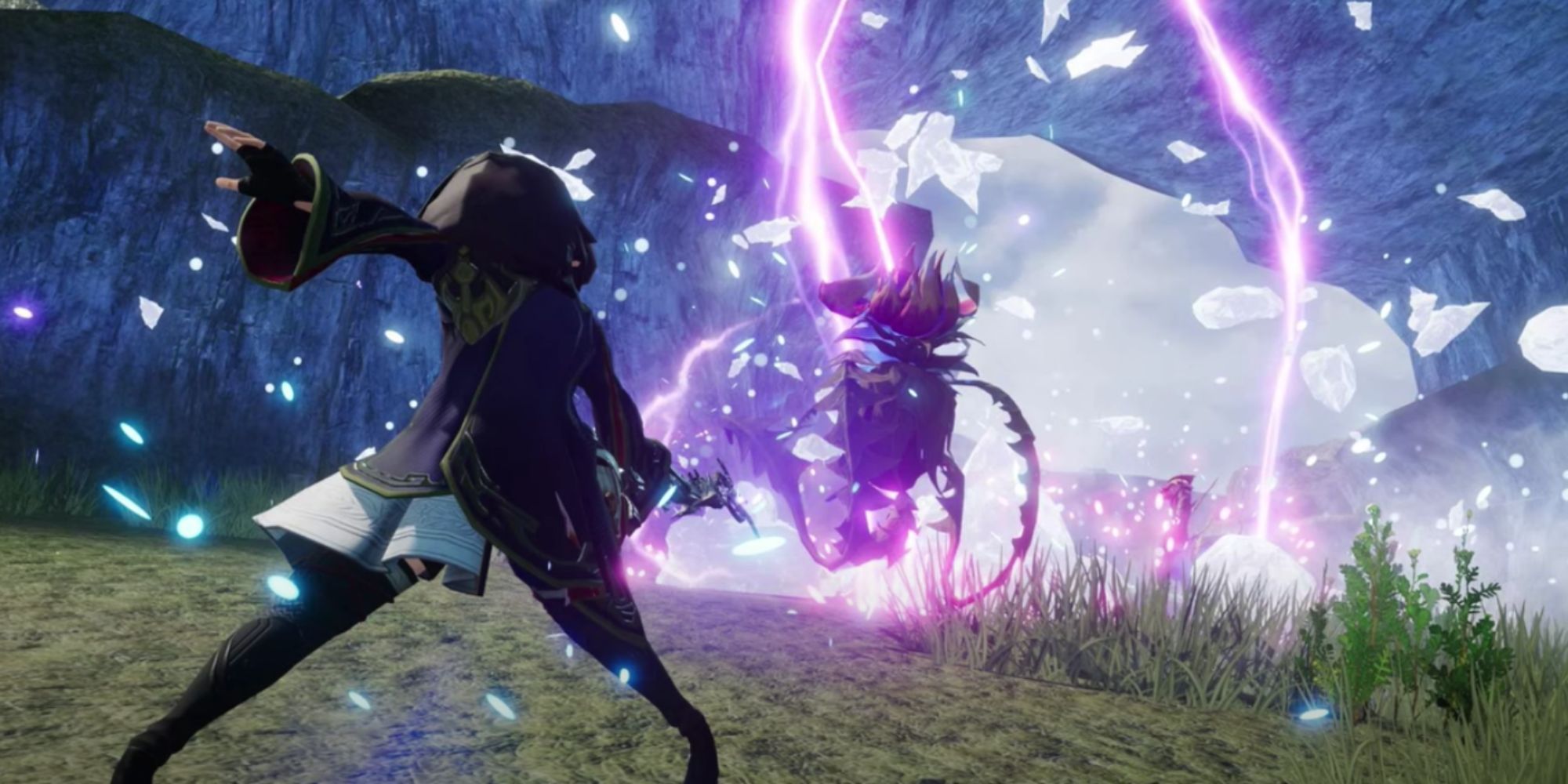 The Mage job class will most likely be your second obtained job in the game after coming across an enemy in Higan Canyon that is resistant to slash attacks. One of the biggest downsides that come with employing Mage-specific attacks is that it greatly reduces your ability to be mobile, and will require you to sit and cast spells from afar.

This might be up your alley if you’re more of a strategic player, as you cast spells when the enemy is weak to specific elemental attributes to deal a large amount of damage. 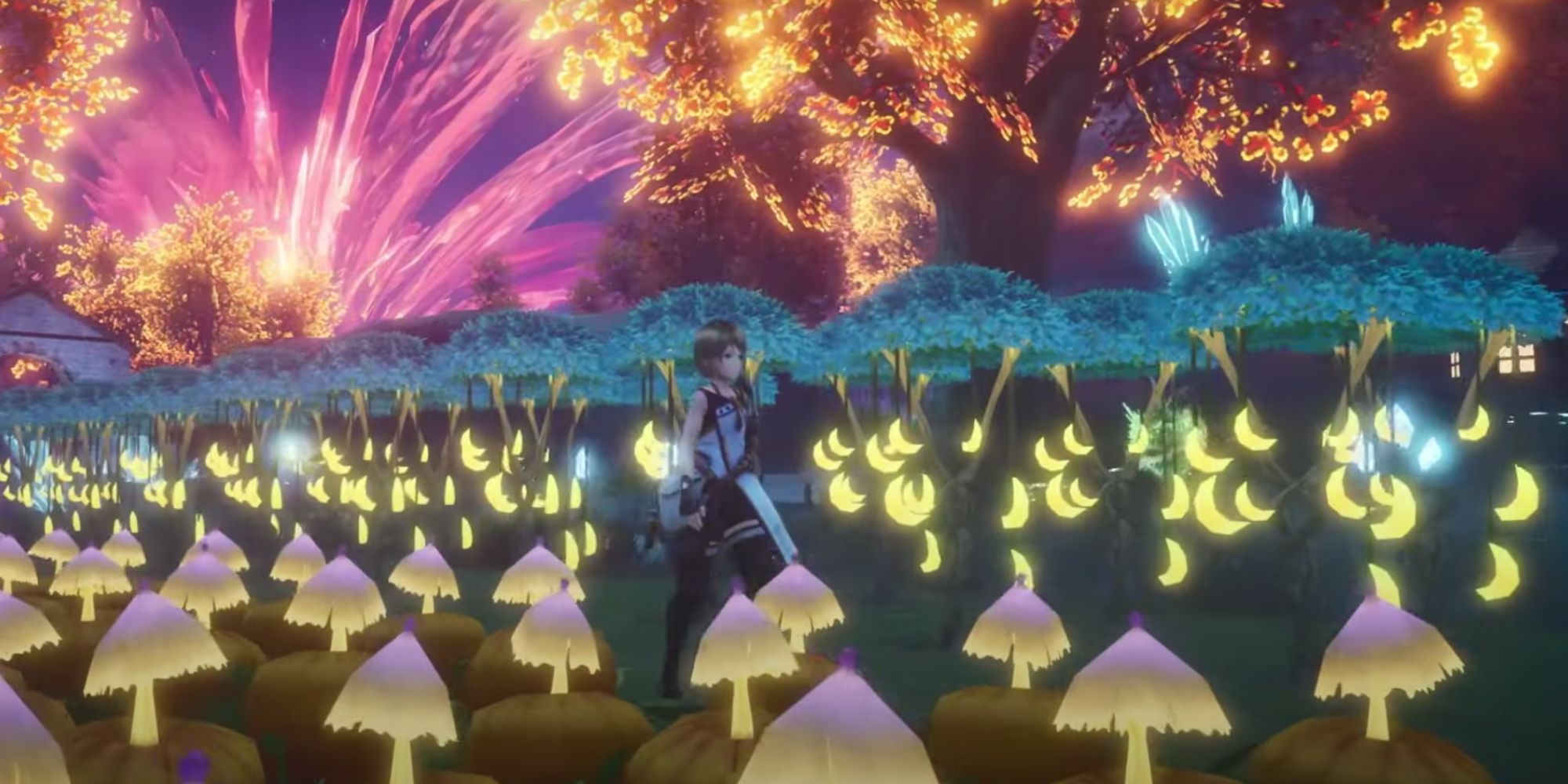 Though support can be just as important as melee-based classes in some situations, the effects that come with Woglinde can be underwhelming. This support-based role uses songs to support your party from outside the action, rendering them ultimately useless in combat situations unless support is direly needed, or weaker moves need to be performed. Something to consider is if your character has a strong defense, offense, and solid gear build, then a support role isn’t typically helpful to you.

The Woglinde job can be unlocked by interacting with and increasing your relationship with Emo. 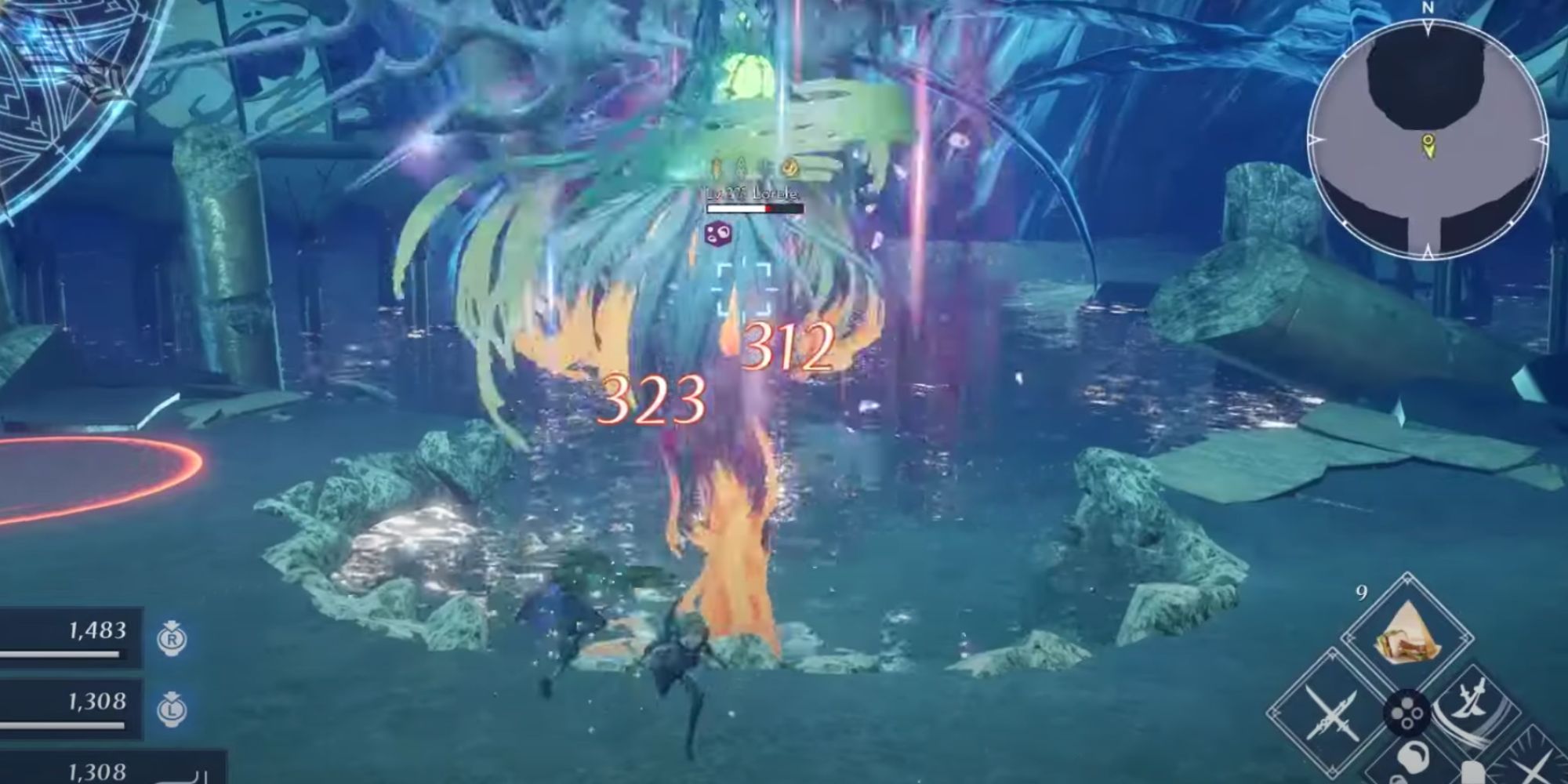 If you’re more of a technical and calculating player, the Mechanic job class would fit perfectly into your niche. On the other hand, if you would like to enjoy simple combos or specialized weapons, then Mechanic will not deliver on these aspects. As a technical job class, it is highly useful to weaken enemies using physical and up close attacks.

Being in the middle of the action may be overwhelming at times, especially when you’re getting the hang of it, but it may be worth your while. This job class can be unlocked by playing with and increasing your relationship with Heine. 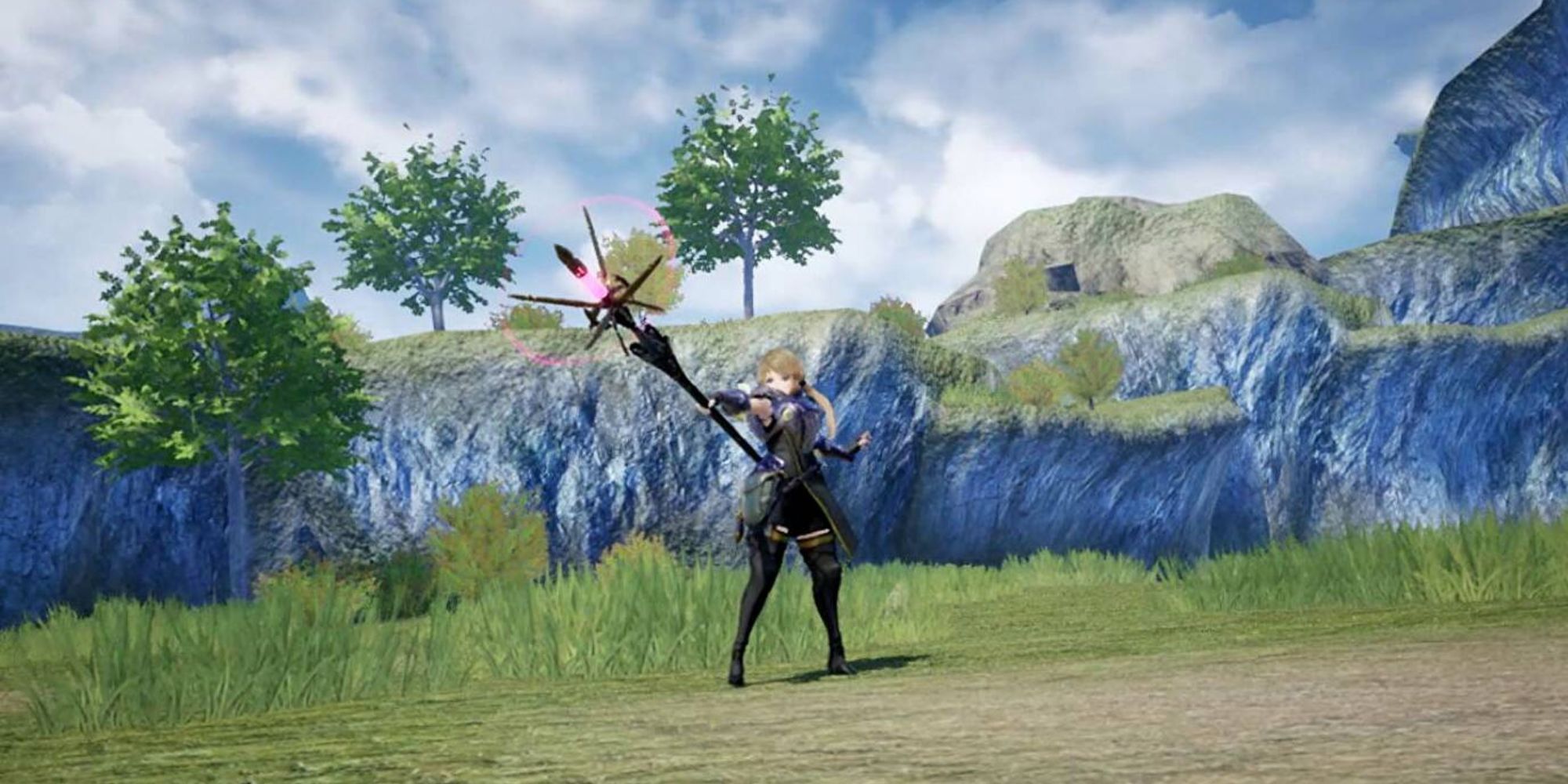 The Lunamancer job class is focused on magic that deals area-of-effect magical damage and can be built upon throughout the game. The different magic abilities within this class make it fun to learn and give it an edge that you can’t find in something such as a Mage. You’ll ultimately be dealing large amounts of damage based on magic that you experiment with.

If you feel the magic pulling you in the direction of a Lunamancer, who can blame you? This job class can be unlocked by speaking with and building a friendship with Dianthus. 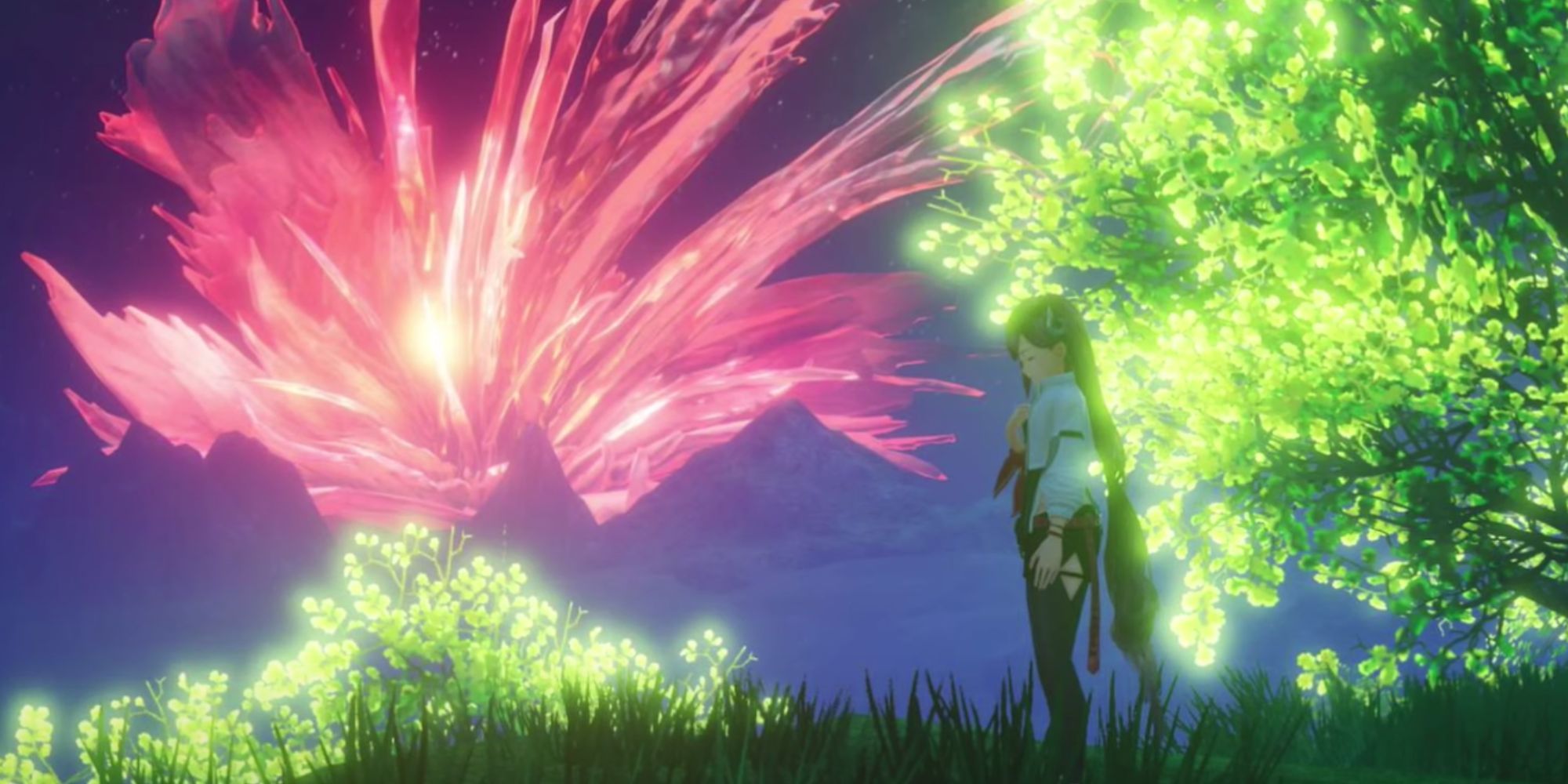 The Assault Savant job class can be considered the best of both worlds between the Mage and Mechanic job classes. A combination that utilizes both science and hand-to-hand melee combat could be the perfect mix of both a “magic feel” and martial arts to defeat enemies. If that isn’t enough, you can use upgraded skills to switch between the attributes of this job class and the effects of your regular attacks.

Taking your time to learn the true power behind this job class will come in handy in a multitude of situations and may give you the advantage you’ve been wanting. Aria is the character that can help you unlock this job class. 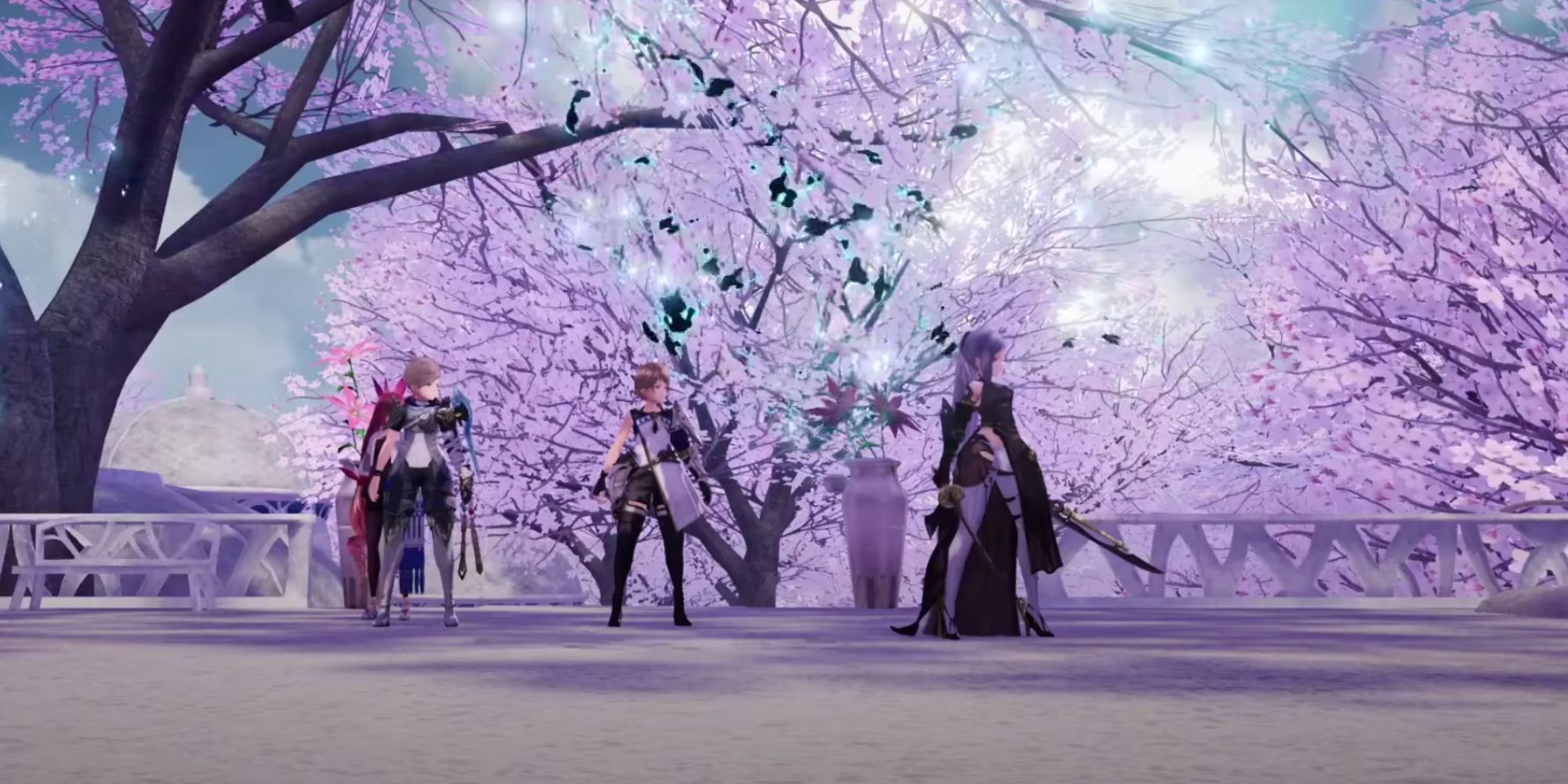 If you consider yourself more of a long distance fighter but would prefer not to cast spells, the Avenger job class incorporates long-distance physical attacks. This gives you the freedom to build your character and harness your skills uniquely.

In addition to its long-distance capabilities, it also encapsulates the elemental aspects of fire and ice attributes, making it different from your average run-of-the-mill long-distance fighter, such as an archer or sniper.

The Avenger job class can be unlocked from building a relationship with Brakka. 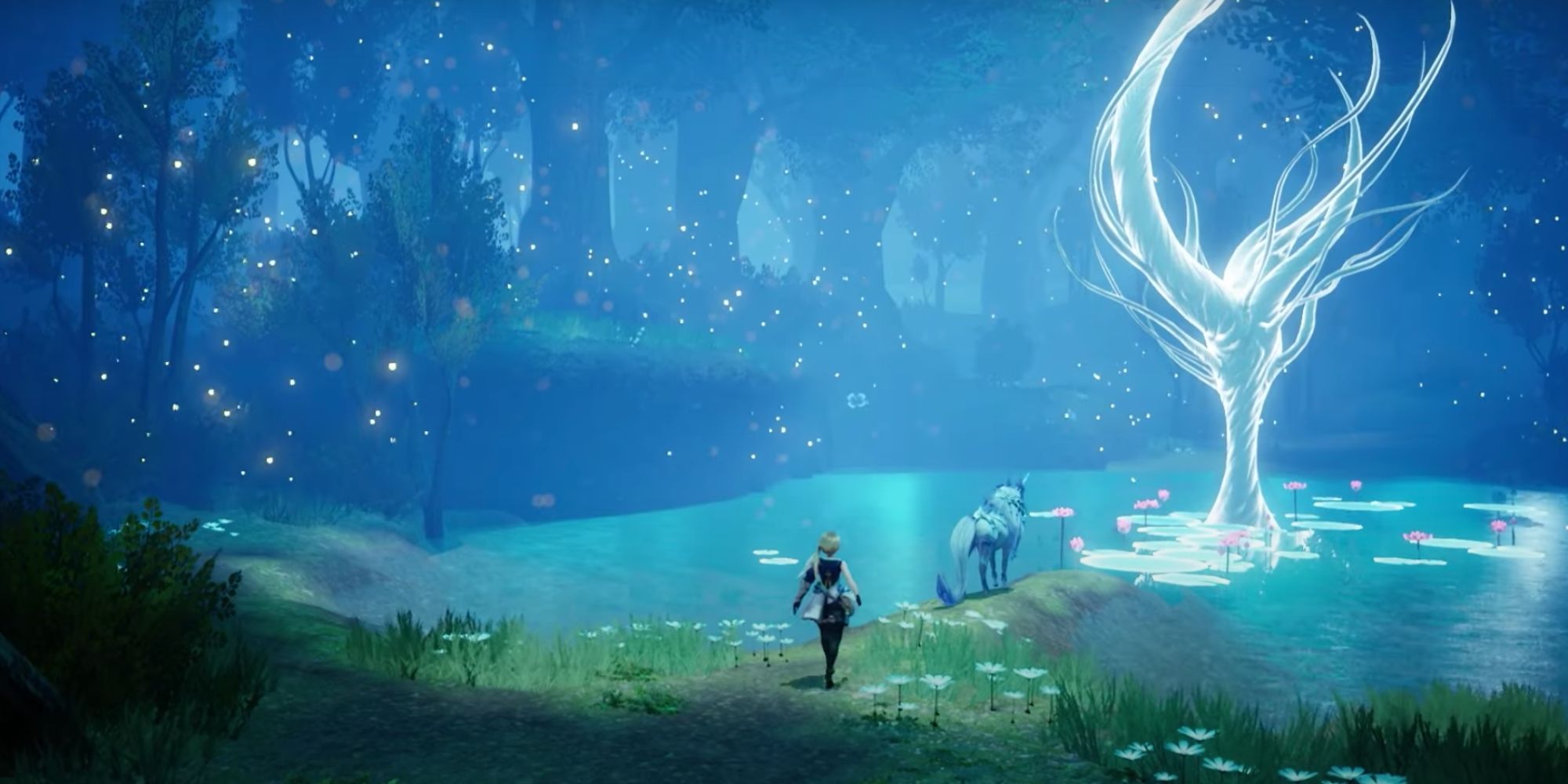 The Fighter job is the very first job that you have access to. Despite being a job you might swap out of at the first opportunity, Harvestella does a great job of making it easy to learn and strong. If you want to be in the middle of the action making quick attacks while running around your enemies, Fighter is one you will want to spend your time with.

Not only is it beginner-friendly, but the two blades used for slash attacks and the swiftness of the character makes it enjoyable if you’re a seasoned player. This starting job class makes it extremely useful with multiple enemies, and there’s no need to build a relationship with anyone to unlock it. 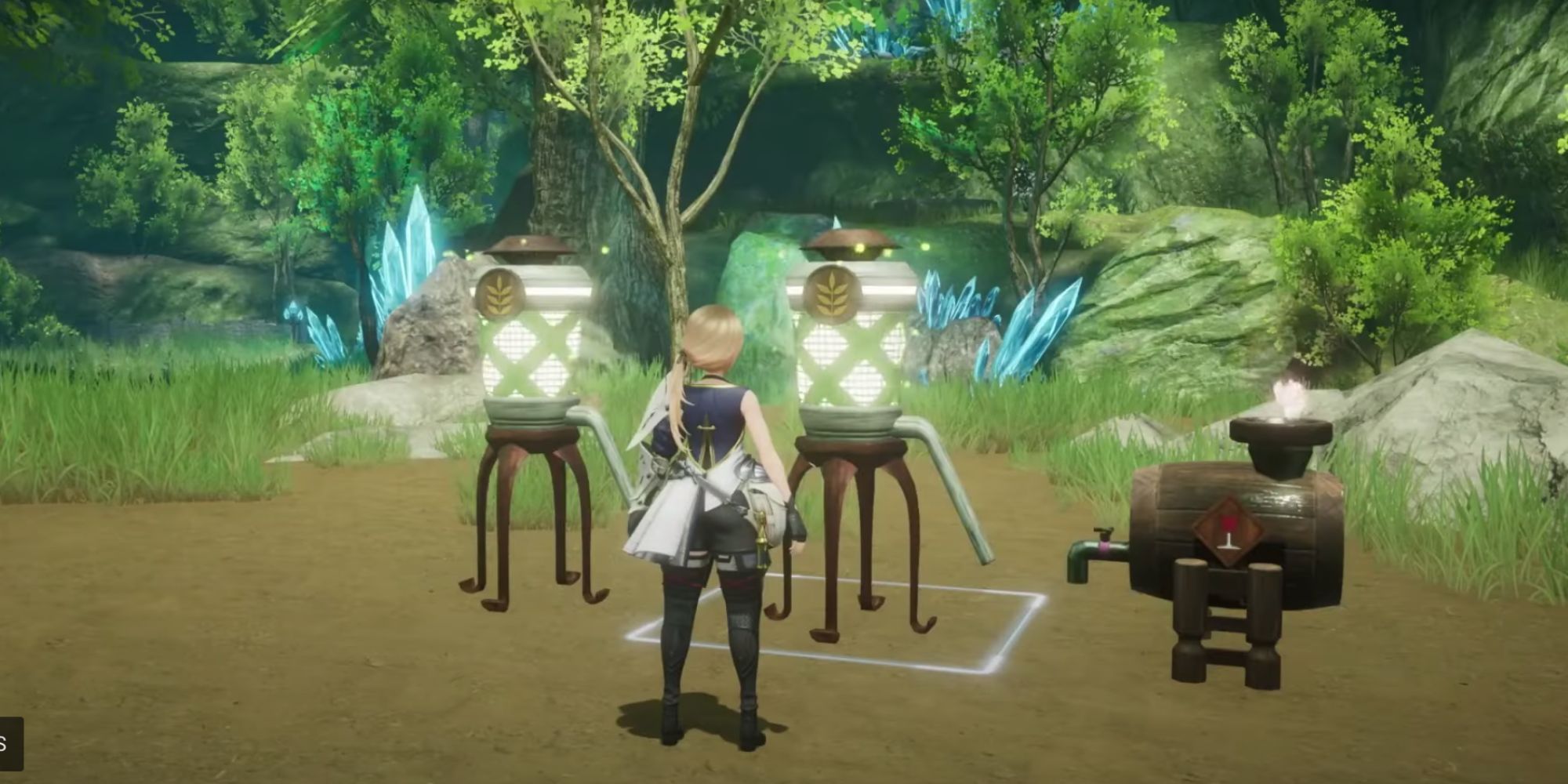 If you were asking for a well-rounded class that has physical attacks, weapons, and magic, Harvestella listened and delivered. Pilgrim gives you the range of attacks that aren’t available in other job classes. This allows you to experiment with your skill set by giving you a magic sword, magic-based attacks, and some melee close combat moves. Not only does this mean you have variety that this job offers, but you also have the opportunity to hold the power of multiple jobs all in one.

Unlock this powerful job by increasing and building a relationship with Shrika. You’ll be learning the ins and outs of its magic capabilities in no time. 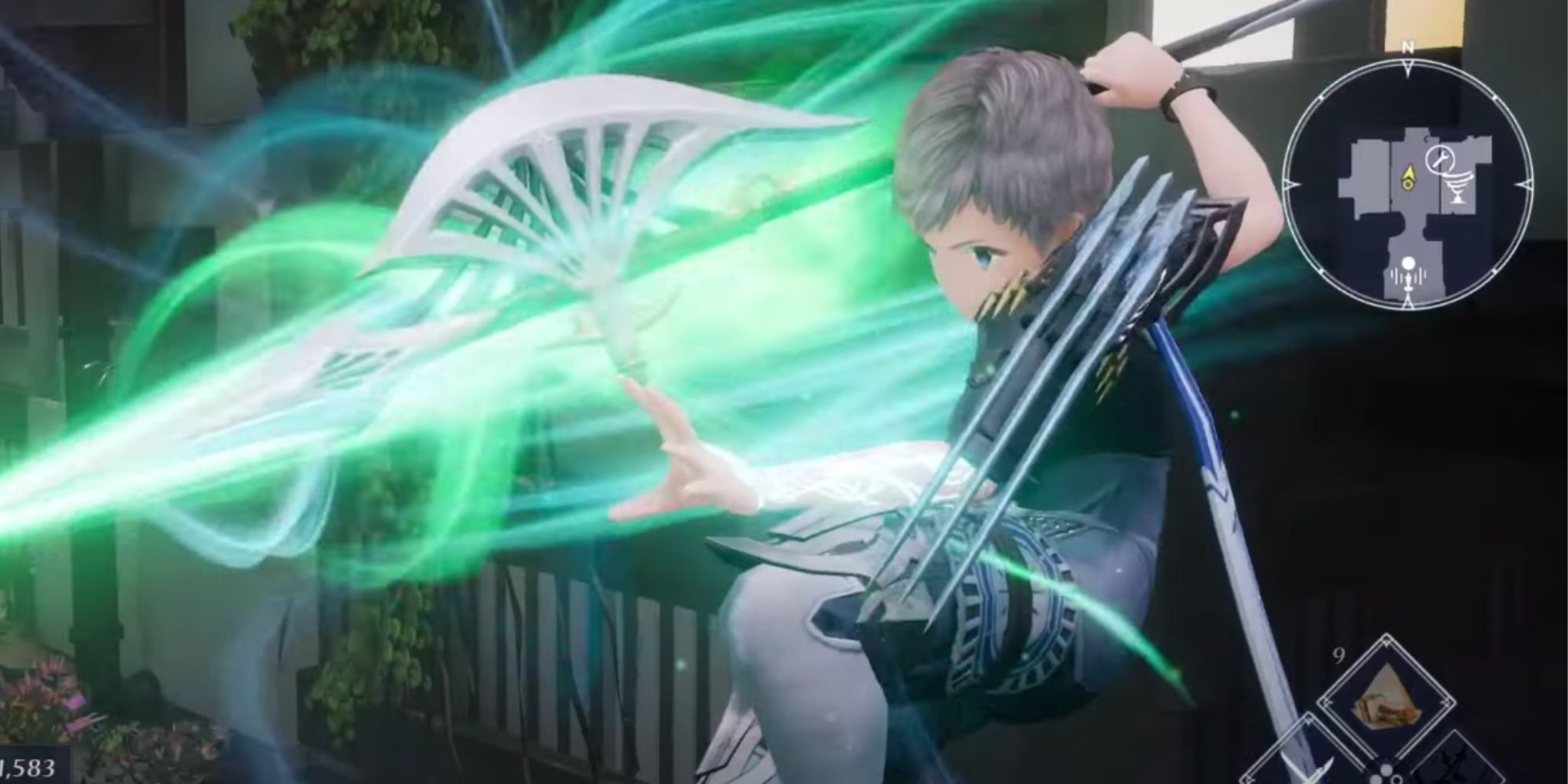 Suddenly, you find yourself surrounded by enemies, and you realize that the only way out of this is a job class that offers strength and the ability to face multiple enemies at once. The Sky Lancer job gives you this way out. Your character will find themselves flaunting their spear skills while specialising in AoE wind-based attacks. You’ll be able to experiment with wind and a large array of other skills that will quickly aid you in your time of need and in the end, you’ll be left with a powerful character that utilizes a multitude of skills.

Be sure to increase your relationship with Asyl in order to begin your journey as a Sky Lancer. 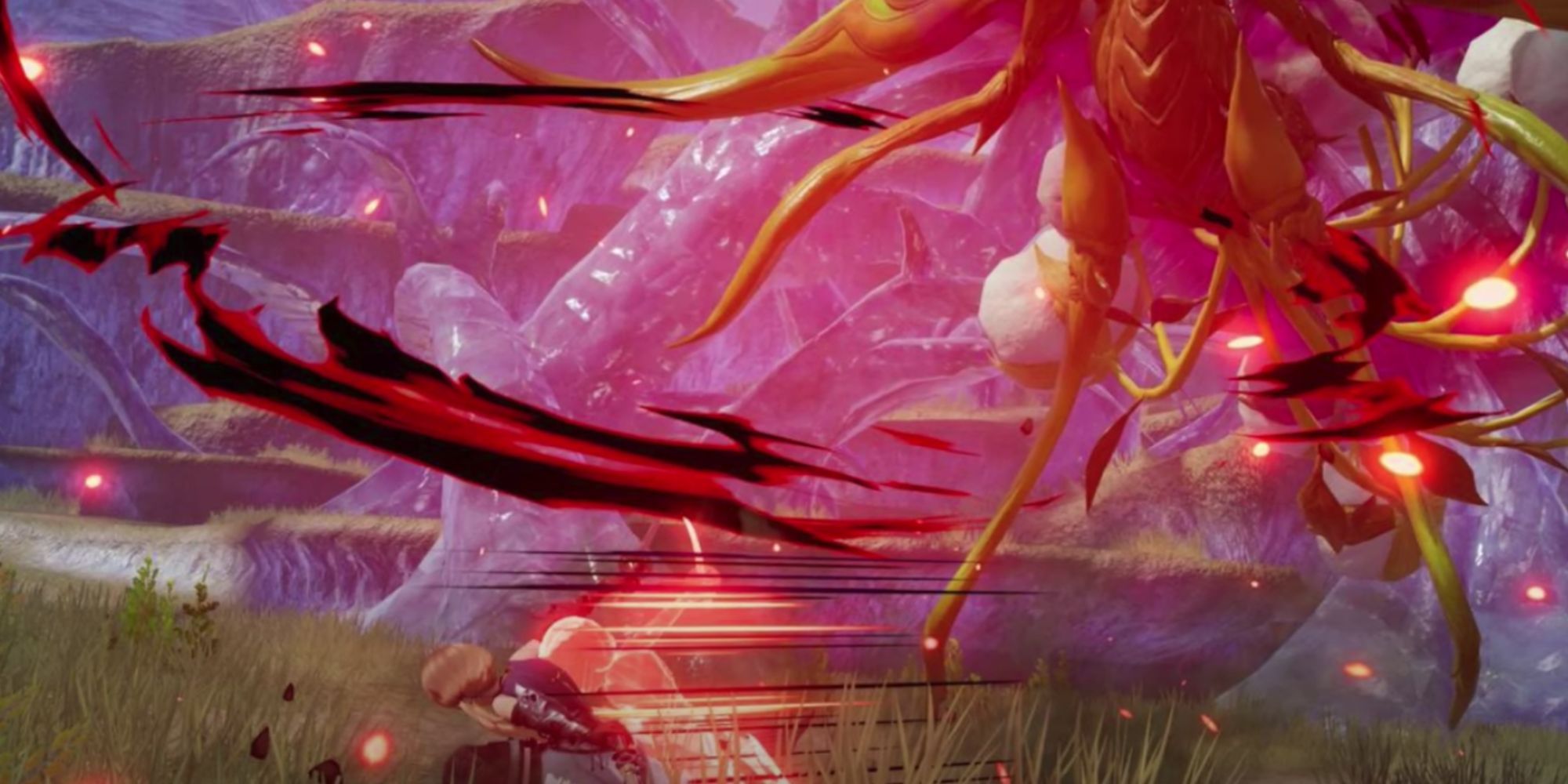 Not only does the name of this job class sound effective in general, but it truly lives up to the hype. This aggressive job puts you right on the front lines with dual blades that deal the ultimate mortal damage, making you a force to be reckoned with. Show off your blade skills and learn combos that deal hard-hitting damage to all enemies.

The Shadow Walker job class gives you the power you’ve been searching for in the game while making your character one of the best builds around, all of which can be unlocked by increasing your relationship with Istina.