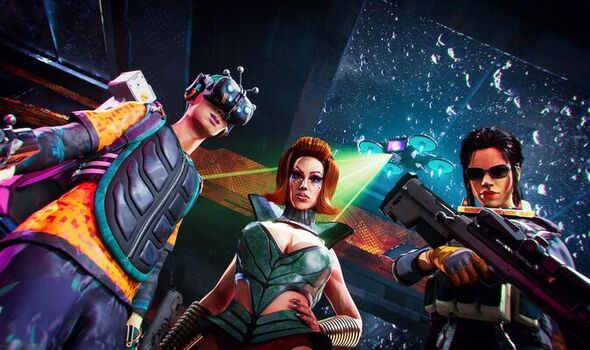 Famous for breathing life into a certain blue hedgehog, it’s fair to say Sega is trying something new with upcoming shooter Hyenas. Announced earlier this year, Hyenas is a colourful team-based shooter developed by Creative Assembly – the team behind Total War and Alien Isolation. And the good news is that you can play Sega’s mysterious new game for free this weekend.

According to Sega, the latest Hyenas Alpha test will take place from December 2 until December 4.

Available on PC only, the Hyenas Alpha kicks off at 9pm GMT later tonight, and ends at 9am UK time on Sunday morning.

If you want to check it out, fans can sign up to participate in the gameplay Alpha by visiting the Hyenas website.

Sega explains more: “Alpha 1.10 will give more PC players the chance to get stuck into Creative Assembly’s extractor shooter for the very first time, adding their flavour of mayhem and chaos to the HYENAS fans already pushing the action to its limits.

“The latest Alpha will also include a host of new improvements to sharpen the experience, such as tweaks to the end-of-match flow, improved UI and HUD and controller updates.

“So, get on board, brace for zero-g combat, and snatch the most nostalgia-fuelled merch this side of the milky way.”

According to the original Hyenas announcement, the upcoming shooter sees players attempt to steal priceless pop culture items from billionaires in Mars.

“Use unique skills and abilities to face-off in fast-paced battles in bid to secure your stolen merch, ESCAPE TO WIN, BABY!” reads the official description.

Judging by the trailer, players will be able to pick up things like a Rubik’s Cube and Sonic the Hedgehog merchandise.

It’s likely many of these items can be equipped, giving players the chance to customise their character’s appearance.