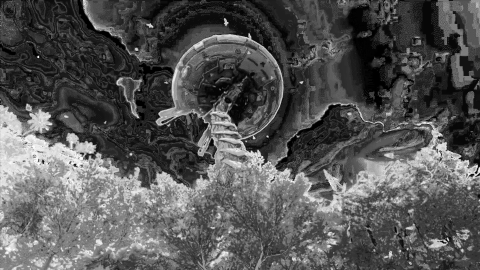 Horizon Call of the Mountain is the first official game confirmed for Sony’s newly-named PSVR 2.

The game was announced alongside the upcoming headset’s official branding at CES 2022 today in Las Vegas. Call of the Mountain is a spin-off of Guerrilla Games’ popular open-world series in which humans survive in a post-apocalyptic world ruled by mechanical dinosaurs. The first game in the series was PS4-exclusive, Horizon Zero Dawn, and the first official sequel, Horizon Forbidden West, arrives next month on PS5 and PS4.

The new game is being developed by Guerrilla and Firesprite, the UK-based developer of The Persistence that Sony acquired late last year (and who we had speculated would work on a rumored Horizon VR game). In the video below, Guerrilla Studio Director Jan-Bart Van Beek specified that the game had been built from the ground up for PSVR 2 and to show “what’s possible with the hardware’s best-in-class visual experience and brand new controllers.”

A short teaser trailer then confirms the game is first-person and introduces us to what looks like a new character. It’s not entirely clear if the game’s central protagonist will be Aloy from the main series, as the voice we hear could belong to her or it could be another different character. Either way, the footage offers the first glimpse of PSVR 2 visuals, and they look like a notable step up from those of the original PSVR.

And that’s all for now. Alongside PSVR 2, there was no announcement of a possible release window for the game, but we’ll definitely hope to see it this year.

What do you make of Horizon VR on PSVR 2? Let us know in the comments below!