Being an extremely defensive-oriented player in Destiny 2 can be surprisingly effective. Sure, it’s not as flashy as some streamers that show off their incredible ability to headshot a dozen targets in less time than it takes to blink, but stacking abilities that improve your ability to take and heal from damage can keep you alive long enough to dispatch any foe no matter how long it takes.

In my case, it can take embarrassingly long, but it’s better than the alternative.

Today, we’re going to go over the best ways to stay alive in Destiny 2 and cover a few decent builds to tank your way through even the toughest content Beyond Light has to offer. Let’s get started. 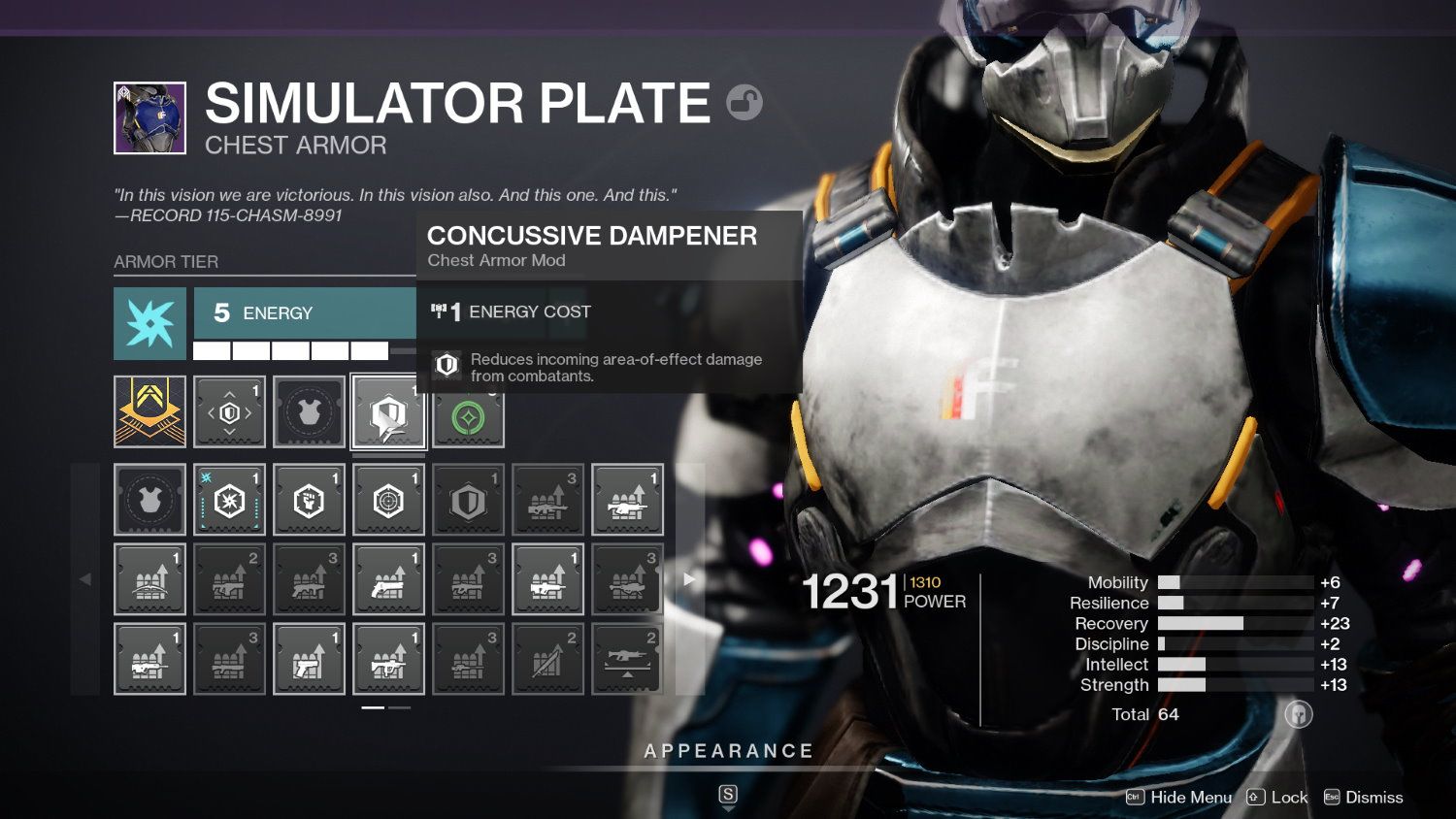 I’ve gone over these mods at length, but you really should use ’em. With 25% damage resistance to stomps using just Concussive Dampener alone, you can enormously enhance your ability to burst down a boss using a sword by using this mod. Combine it with Melee Resistance and you’ve got 50% damage resistance whenever you try and face-hug a boss.

These mods can be mixed and matched to suit your playstyle and/or whatever encounter you need help with. For more, check out a more detailed explanation of how these mods work here. 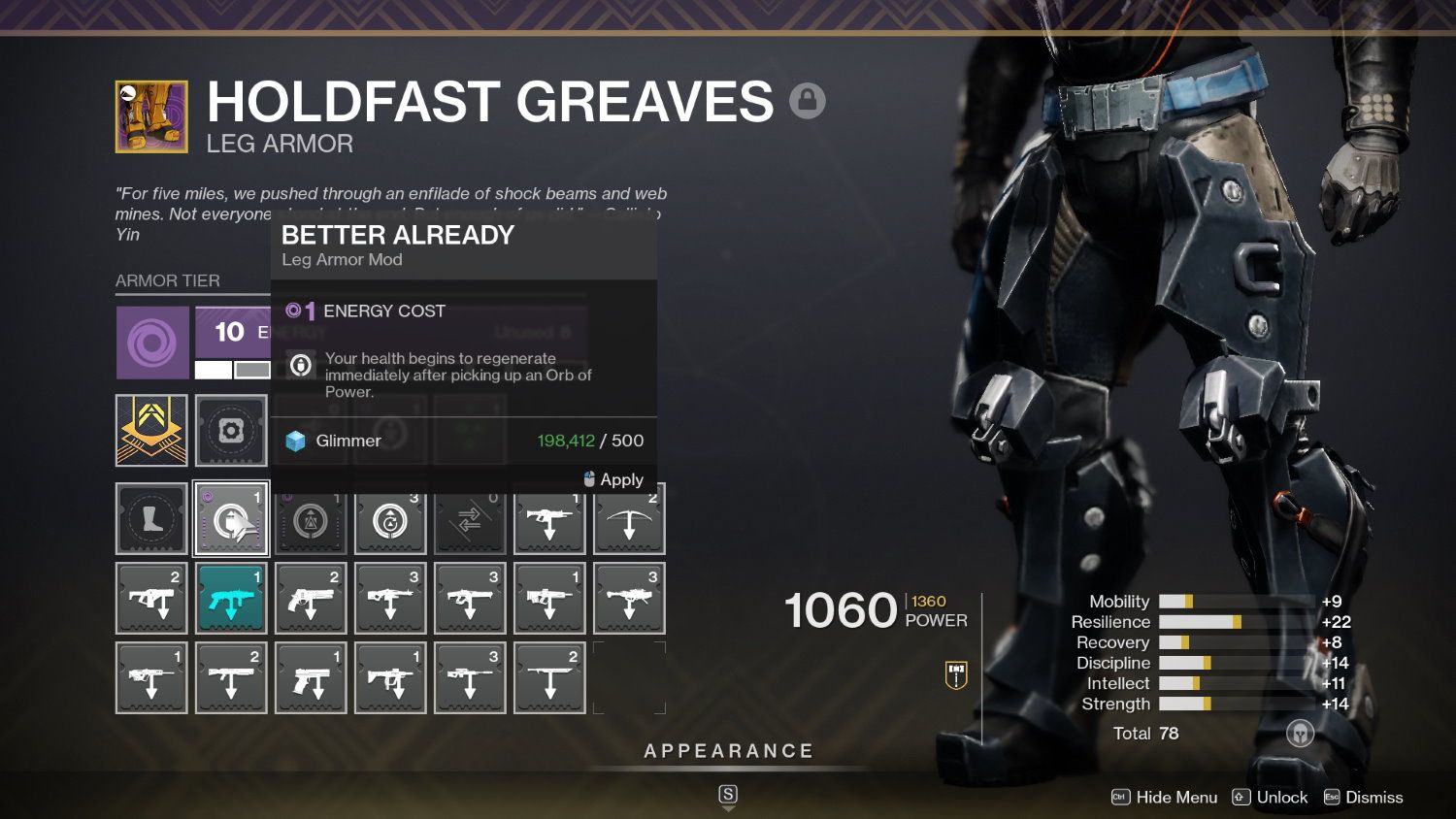 Orbs of Power have replaced Orbs of Light since Guardians started toying with darkness. Better Already and Recuperation, two mods that used to slot on your class item but now slot into your leg armor, can turn those Orbs of Power into health. Better Already kickstarts health regeneration in Void armor, while Recuperation gives instant chunks of health in Solar-tinged armor. Both can keep you alive when there are Orbs of Power around, which is a fairly frequent occurrence. Use them. 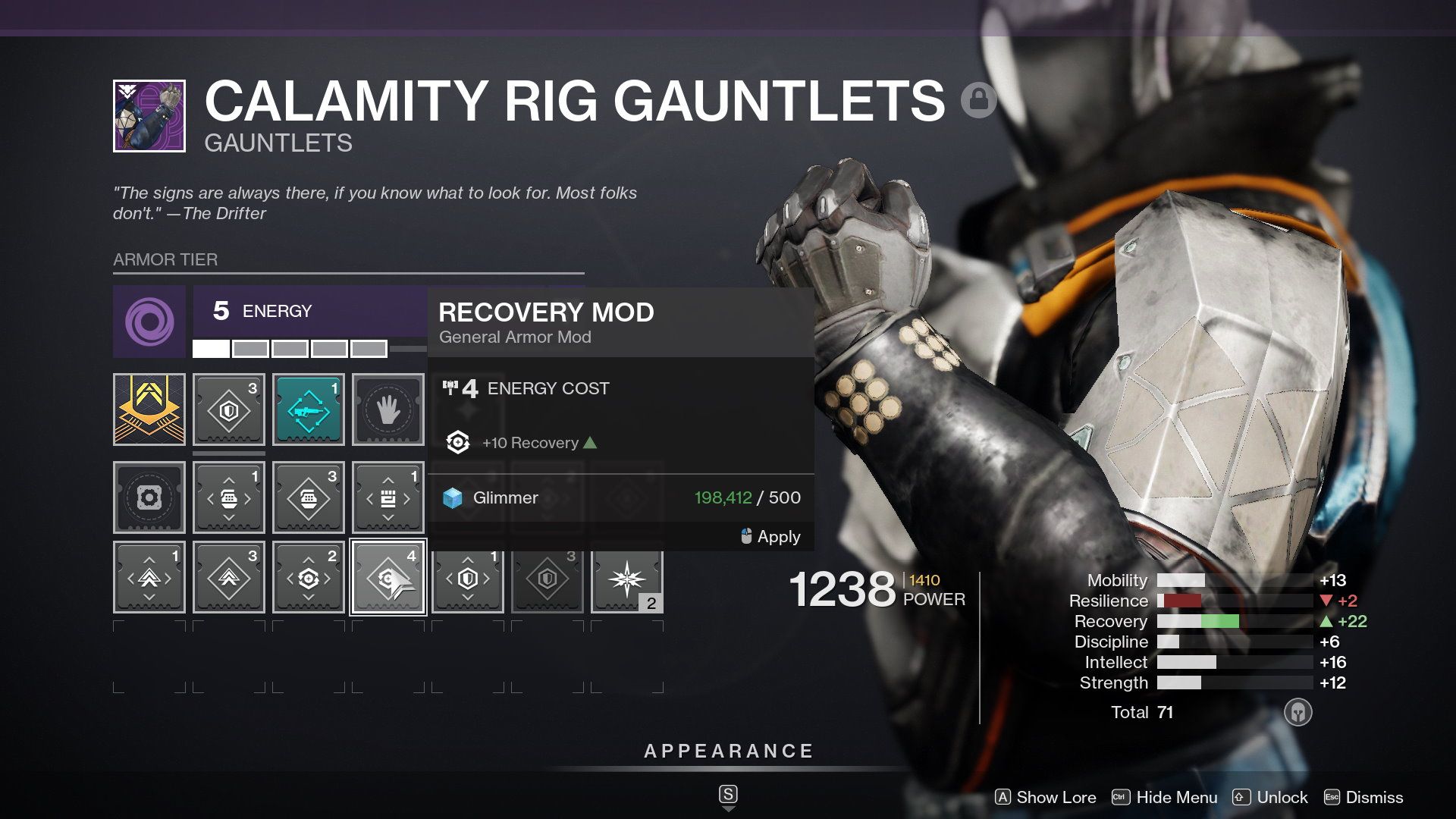 When it comes to survivability, Resilience might help keep you alive in the Crucible, but Recovery keeps you alive everywhere, all the time. Recovery starts your health regen sooner after taking damage and you regenerate health more quickly. It’s strongly recommended to make Recovery a priority stat by slotting as many Recovery mods as you need to get above 50, and preferably closer to 100. 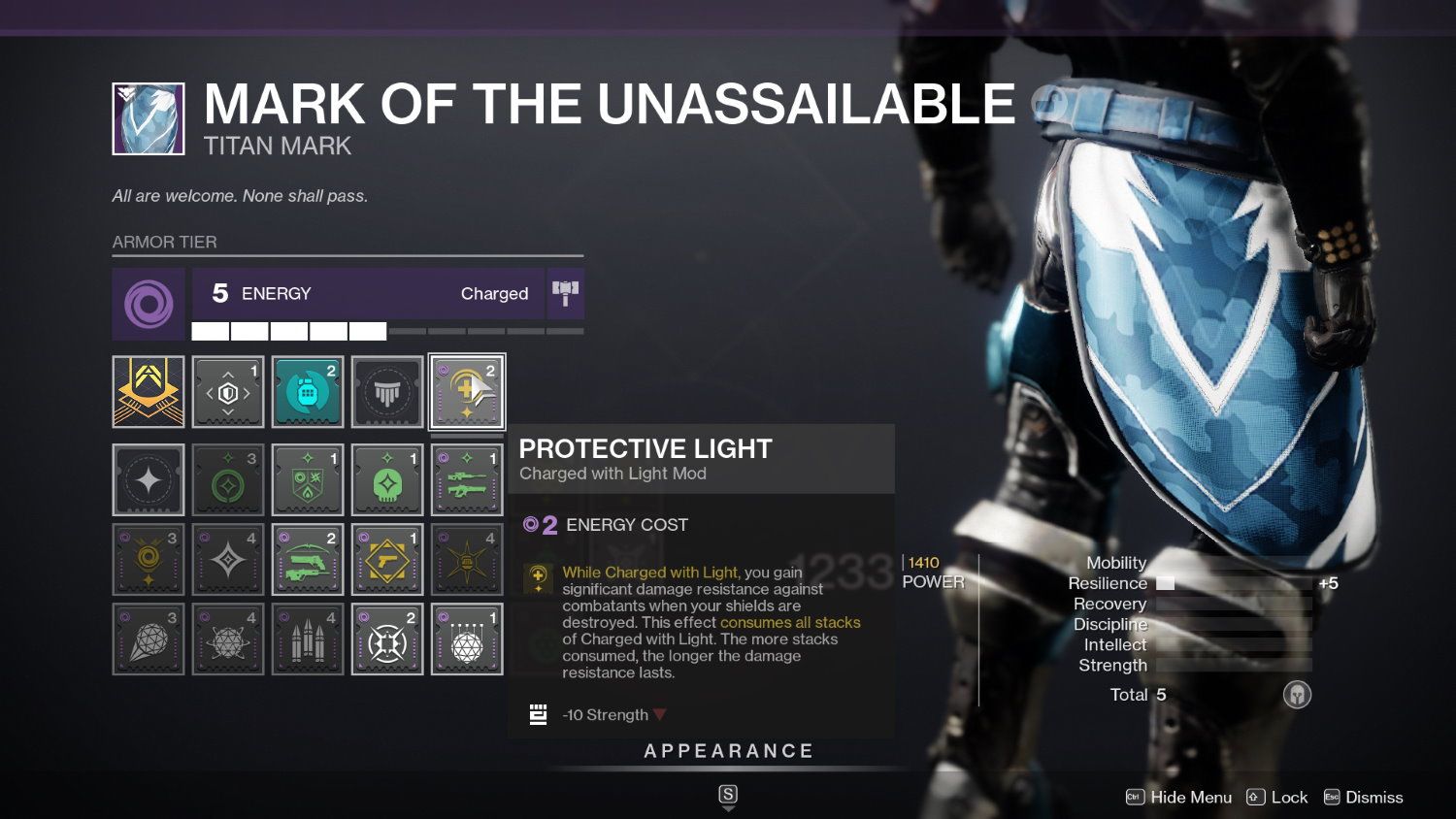 Protective Light is a mod that was introduced in Season 10 and uses the “Charged with Light” mechanic. Other mods, such as Taking Charge and Blast Radius, can give Guardians a stack of Charged with Light by performing certain actions in the game. What Protective Light does is use those stacks to give the player a huge but temporary boost of toughness.

Once the player loses their shields and starts taking health damage, Protective Light consumes all stacks of Charged with Light and converts it into five seconds of damage resistance per stack. Since you can normally carry two stacks (barring other mods that increase this amount), that means ten seconds of near immunity to damage.

Ten seconds is a really long time in Destiny 2 – more than enough to get you to cover so you can heal yourself and go back in. Protective Light does need to be paired with other Charged with Light mods, but Taking Charge is a simple and easy to use way to get Charged while also proccing your Better Already/Recuperation mods too. 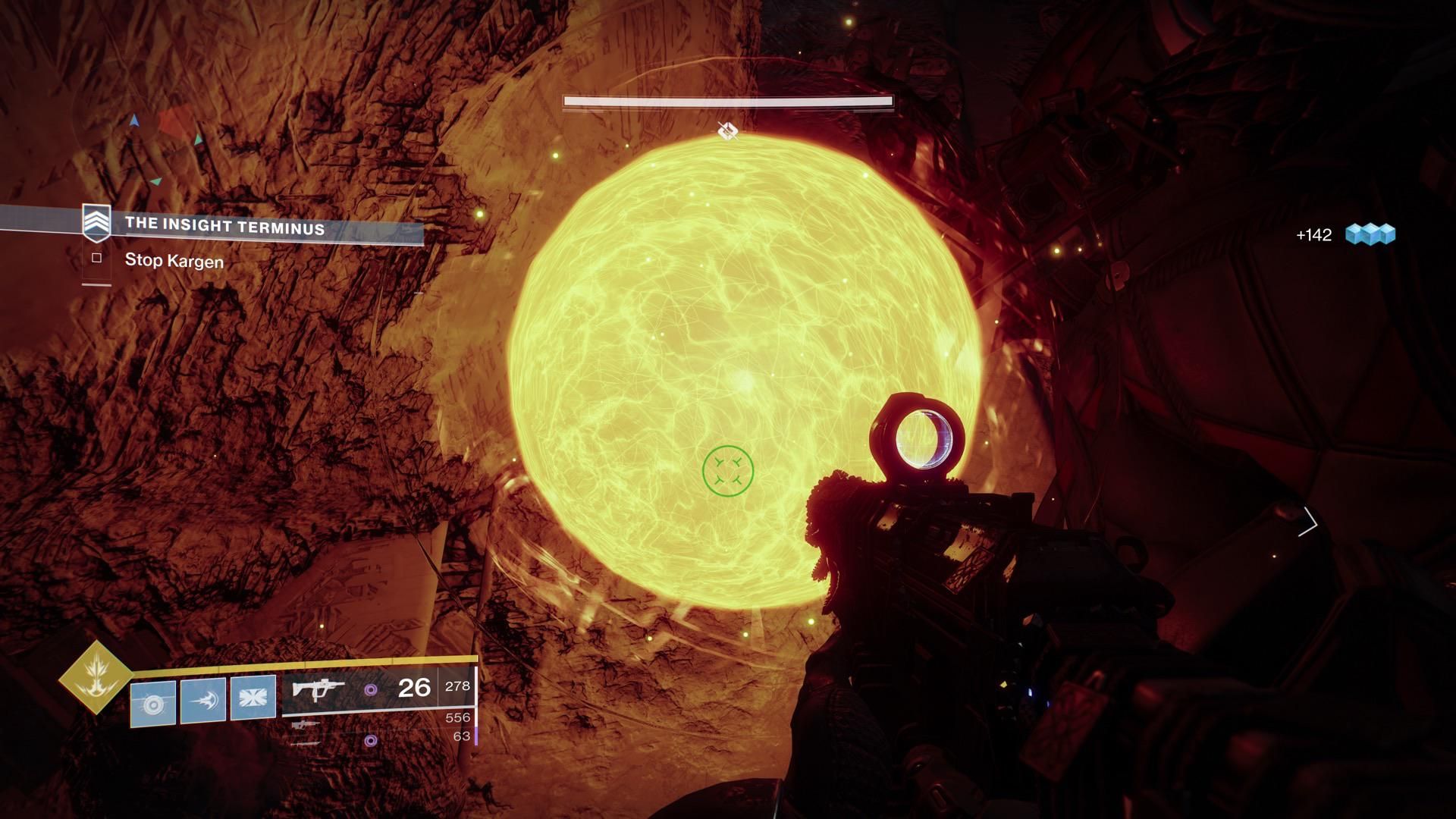 Warmind Cells are the other mod mechanic that was added in year three of Destiny 2. These mods cause Warmind Cells to appear whenever enough enemies are killed using Seventh Seraph or Ikelos weapons (barring a few mods that cause them to appear from other methods).

Most people probably think of Warmind Cells as these little bombs that clear a map of enemies when paired with the Global Reach mod, but you can take Warmind Cells in a totally different direction with a different set of mods.

Warmind’s Protection will cause players to take less damage from enemies near Warmind Cells, while Cellular Suppression will blind all enemies caught in the Void burst. Fireteam Medic will heal you and all allies near a Warmind Cell after it explodes, giving everyone a burst of healing.

Combine all of these mods and a few of the right weapons to make yourself a Warmind tank. 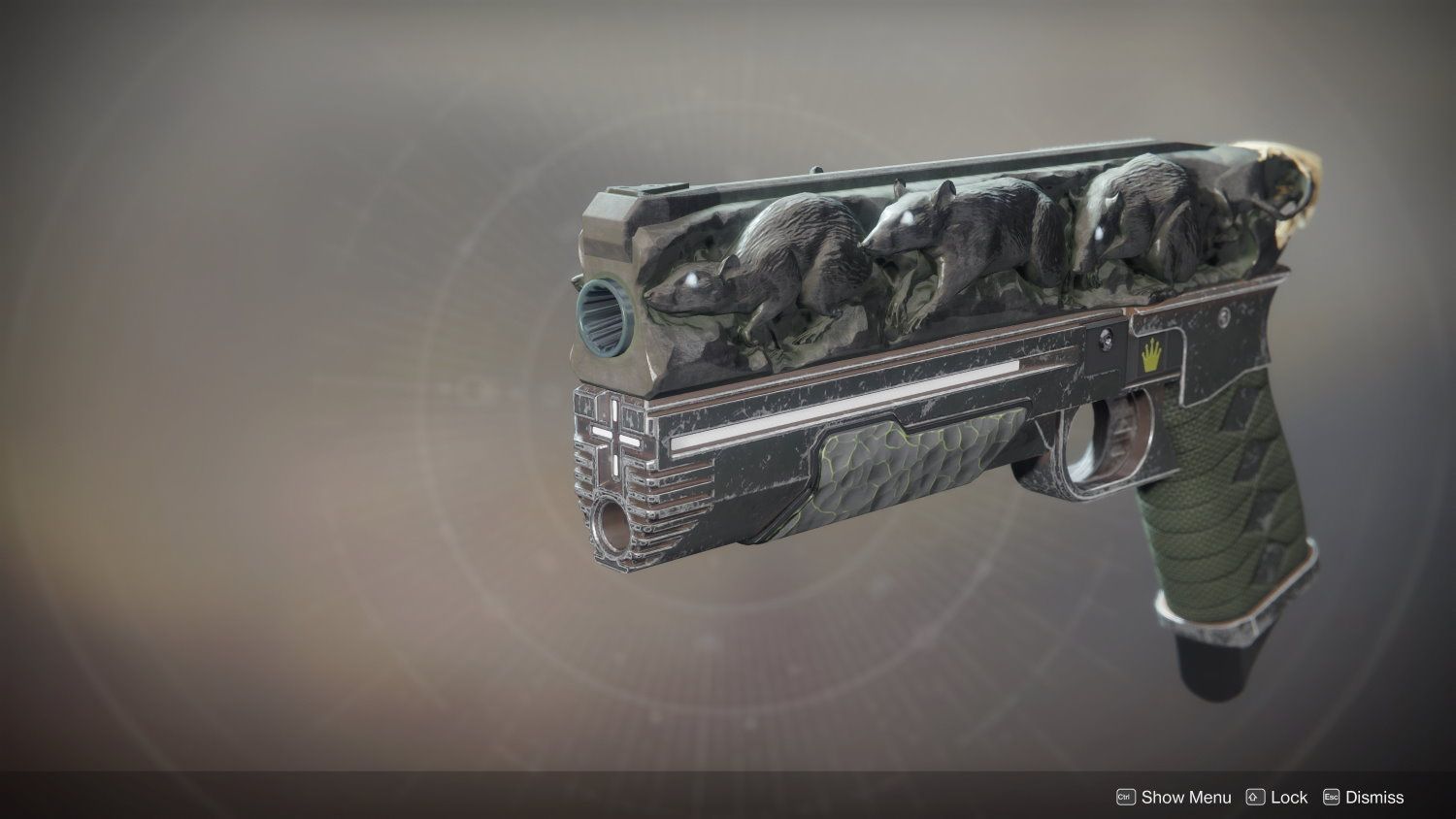 Remember when I said the best offense is a good defense? Well, for these weapons, it’s literally true.

Crimson, The Lament, Suros Regime, and Rat King all heal the wielder either by damaging or killing enemies. Rat King is especially great with the Catalyst installed as it also provides the user with temporary invisibility by reloading after a kill, giving you plenty of time to break off from combat to heal.

Heir Apparent deserves a nod for giving the user an overshield, which basically doubles their shields while the gun is in use. Just keep in mind that your movement is reduced while using Heir Apparent, and that shield doesn’t make you invincible.

Finally, the relatively new Unrelenting perk can be found on certain Legendary Weapons and causes health regeneration upon rapid kills. It’s not as reliable as Rat King or Crimson for healing, but it is another tool to add to your tanking toolbox. 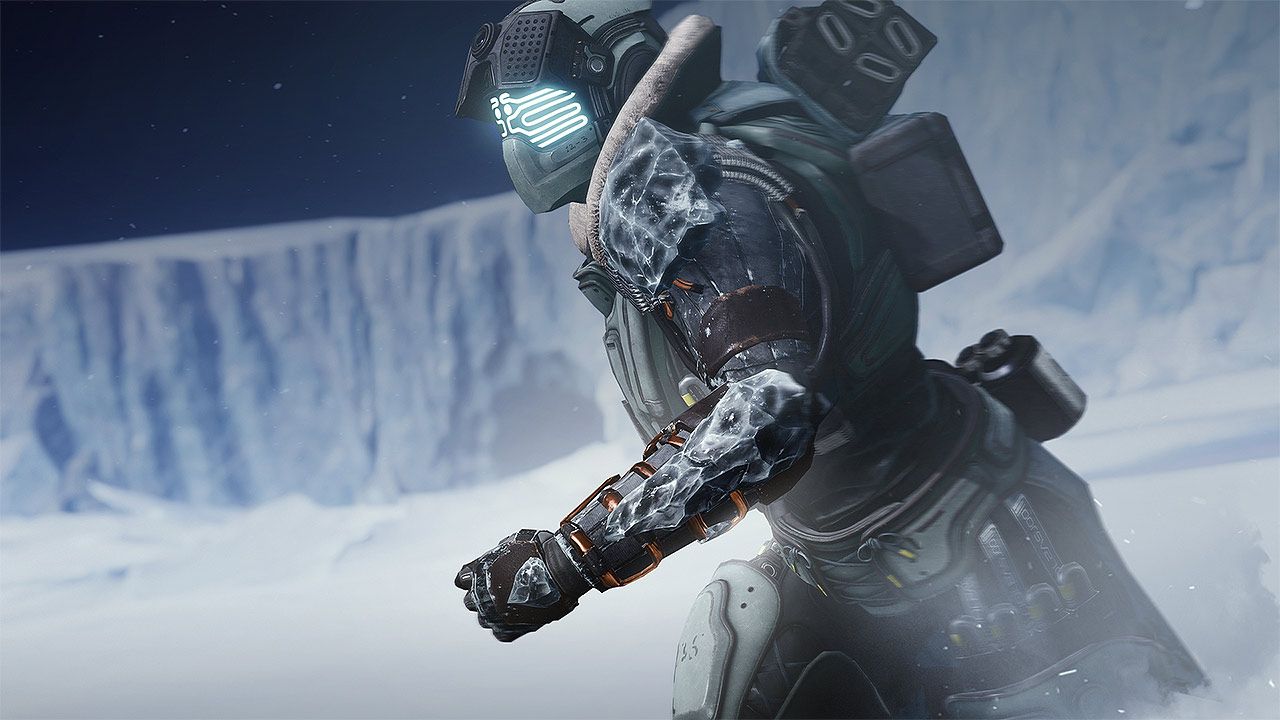 All armor by its very nature has some defensive qualities, but there’s a few Exotic pieces that really stand out.

For Hunters, Wormhusk Crown is the clear winner. Tying healing to the class ability with the shortest cooldown means on-demand healing whenever you dodge. Shoot for maximum Mobility with Wormhusk to get the most benefit. Assassin’s Cowl is another option for more melee-oriented Hunters.

Titans have a lot of options. Crest of Alpha Lupi works similar to Wormhusk by providing a burst of healing whenever a Titan uses its barrier class ability, but barriers have a longer cooldown than dodge. Mark of the Quiet One gives Titans instant healing whenever they make a kill while critically wounded, which pairs well with Protective Light. One-Eyed Mask and the new Icefall Mantle both provide overshields that can help keep a Titan alive through intense fire.

For Warlocks, The Stag can be a hilarious way of keeping your friends alive when they try to retrieve your corpse, but the best defensive Exotic here is probably Sanguine Alchemy. This armor extends the duration of Healing Rift, allowing the player to keep regenerating health while taking a withering amount of fire.

Putting It All Together 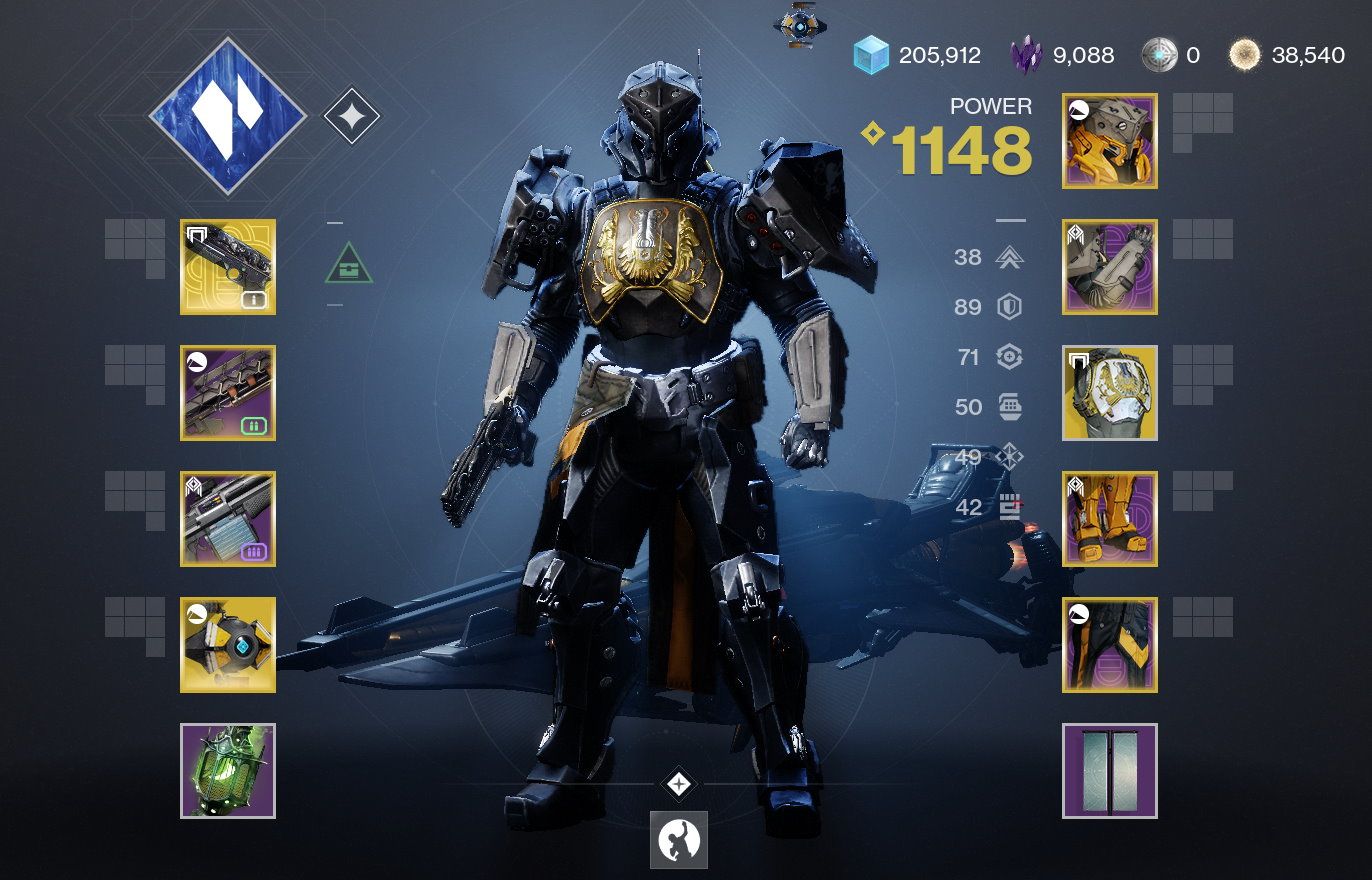 So now that we have all the defensive tools at your disposal, let’s put ‘em all together. Keep in mind that the more of the above tools you use, the tankier you’ll be. If you find yourself dying in content, just add more tools until you stop.

In my experience, a mix of Warmind Cells, Protective Light, Resistance and Recuperation mods, as well as defensive Exotics can turn any character into a damage-tanking monster.

For your character, pick your favorite Exotic weapon and armor. Rat King and Wormhusk are phenomenal pairings for a Hunter, but I’m a Titan main, so I’ll stick with Crest of Alpha Lupi. After that, stats. Make sure you’re as close to 100 Recovery as possible and still have plenty of Mobility for Hunter dodging or Resilience for Titan barriers. Slot stat mods as required.

Next, mods. Recuperation/Better Already in the legs are a must, while Concussive Dampener and Melee Resistance provide great protection from up-close and AOE attacks. A mix of Charged with Light and Warmind mods can combine for incredible protection. Protective Light is my go-to, which we can pair with Taking Charge or Charge Harvester to keep you Charged with Light. Using an Ikelos/Seraph weapon as your non-exotic will help produce Warmind Cells, letting you also use Cellular Suppression and Global Reach to continuously blind your opponents. Incinerating Light can also help to keep you Charged with Light whenever a Warmind Cell explodes.

This build isn’t noteworthy for being effective against a particular boss, but it is effective at surviving 95% of the content available in Destiny 2. Just remember to keep your Power Level in mind before wandering into a Legendary Lost Sector, and you should be able to survive anything Beyond Light has to throw at you. 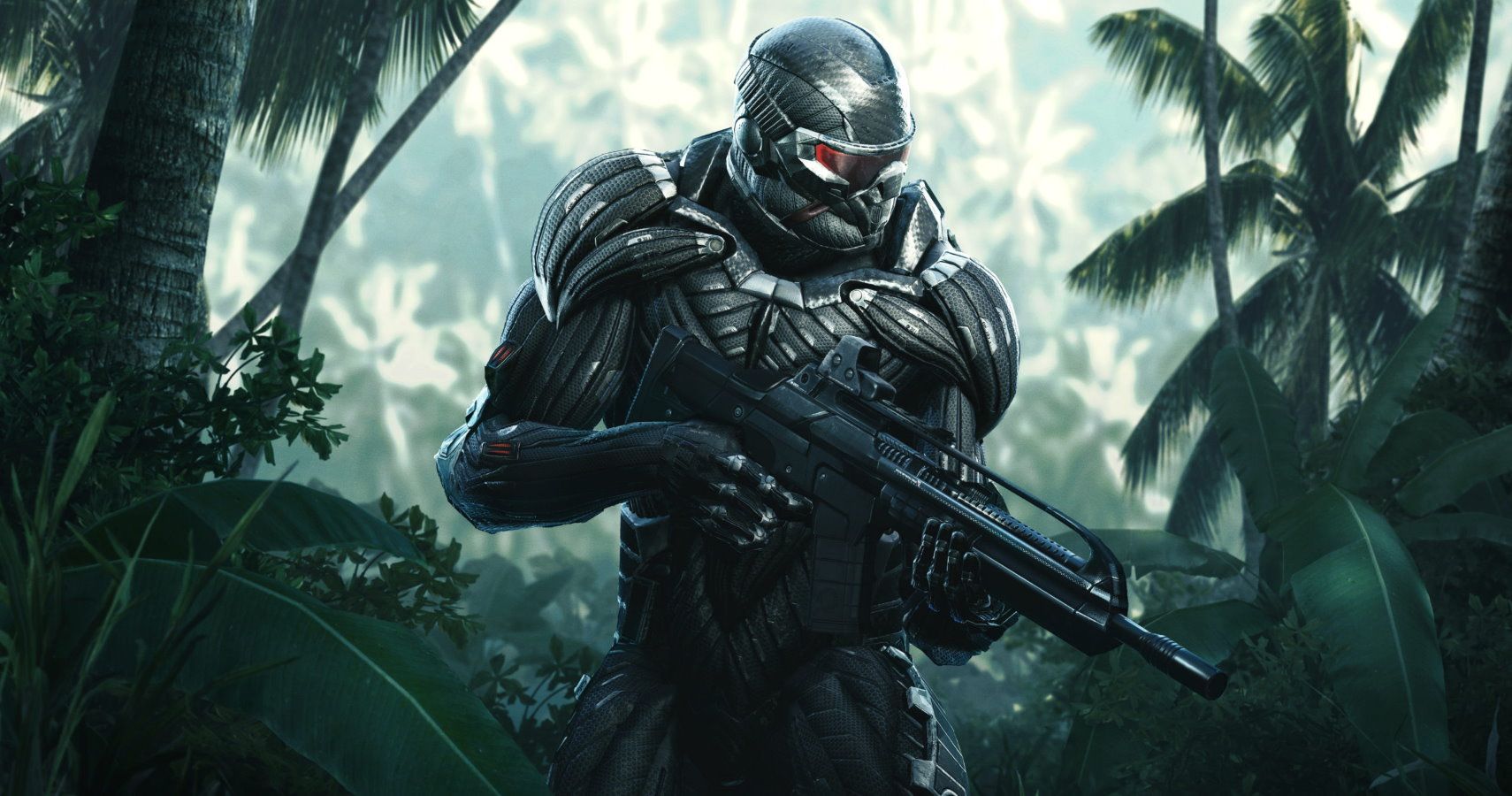