In the Witcher 3, one of the many witcher contracts that you can take on in the Velen region is called Swamp Thing, and it’ll require you to find and take down a local foglet. Apparently, that local foglet has been attacking people and dispensing a harmful mist around the area, as foglets are known to do.

Geralt can opt to take on this contract and earn a bit of coin for himself, should you so choose. It’s a fairly straightforward quest, and it shouldn’t pose too much trouble for you, provided you prepare for it. Here’s everything you need to know about this contract, and how to earn yourself that nice bit of coin. 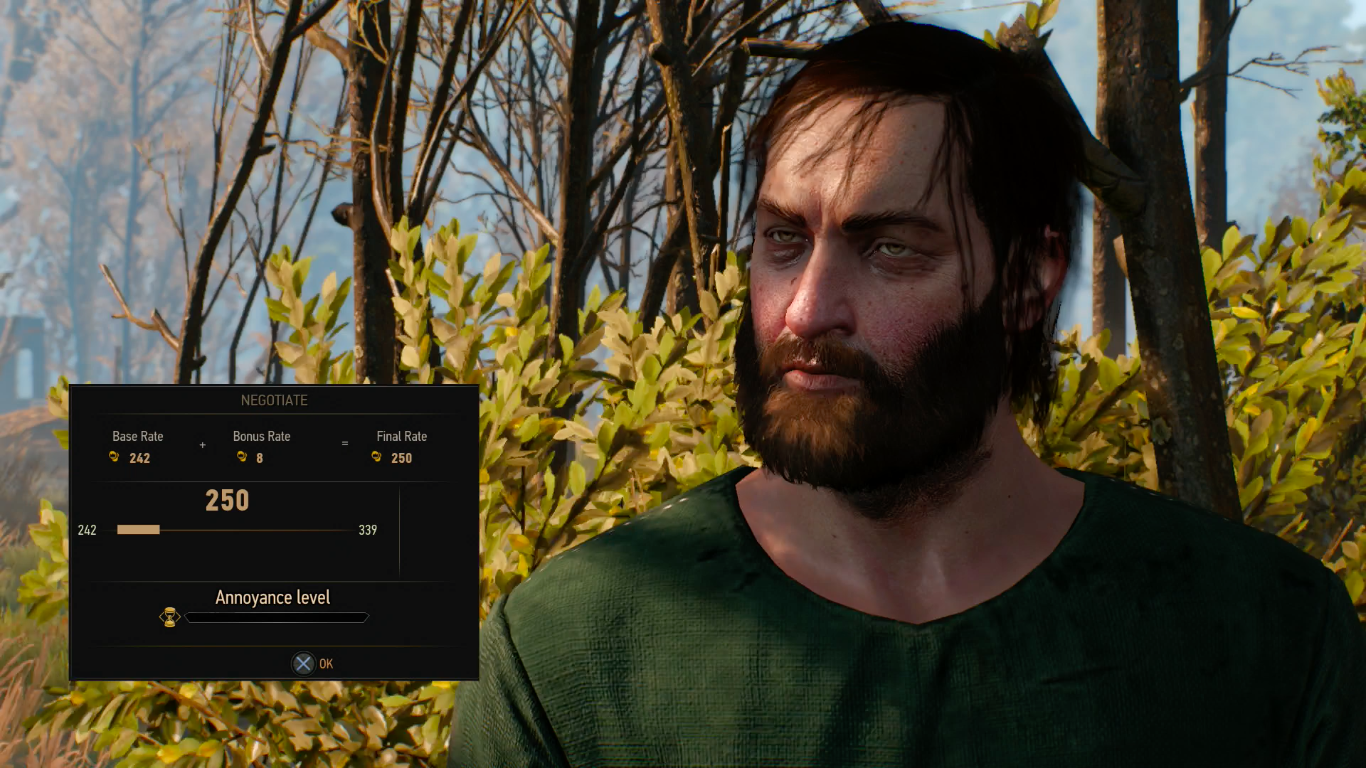 There are a few different ways to begin this quest. One of the easiest is to find the contract posted on the notice board in Downwarren, located in Velen. It’ll only be found there after you’ve obtained the Eye of Nehaleni. Another option is to stumble upon the mysterious fog while roaming the wilderness, or to talk to the peat digger, Leslav, who is also the person that posts the contract.

Leslav will inform you that there is a monster in the bog. You can choose to haggle with him for more coin, if you want. If you find the mysterious fog on your own, you can start the investigation without speaking to Leslav first. 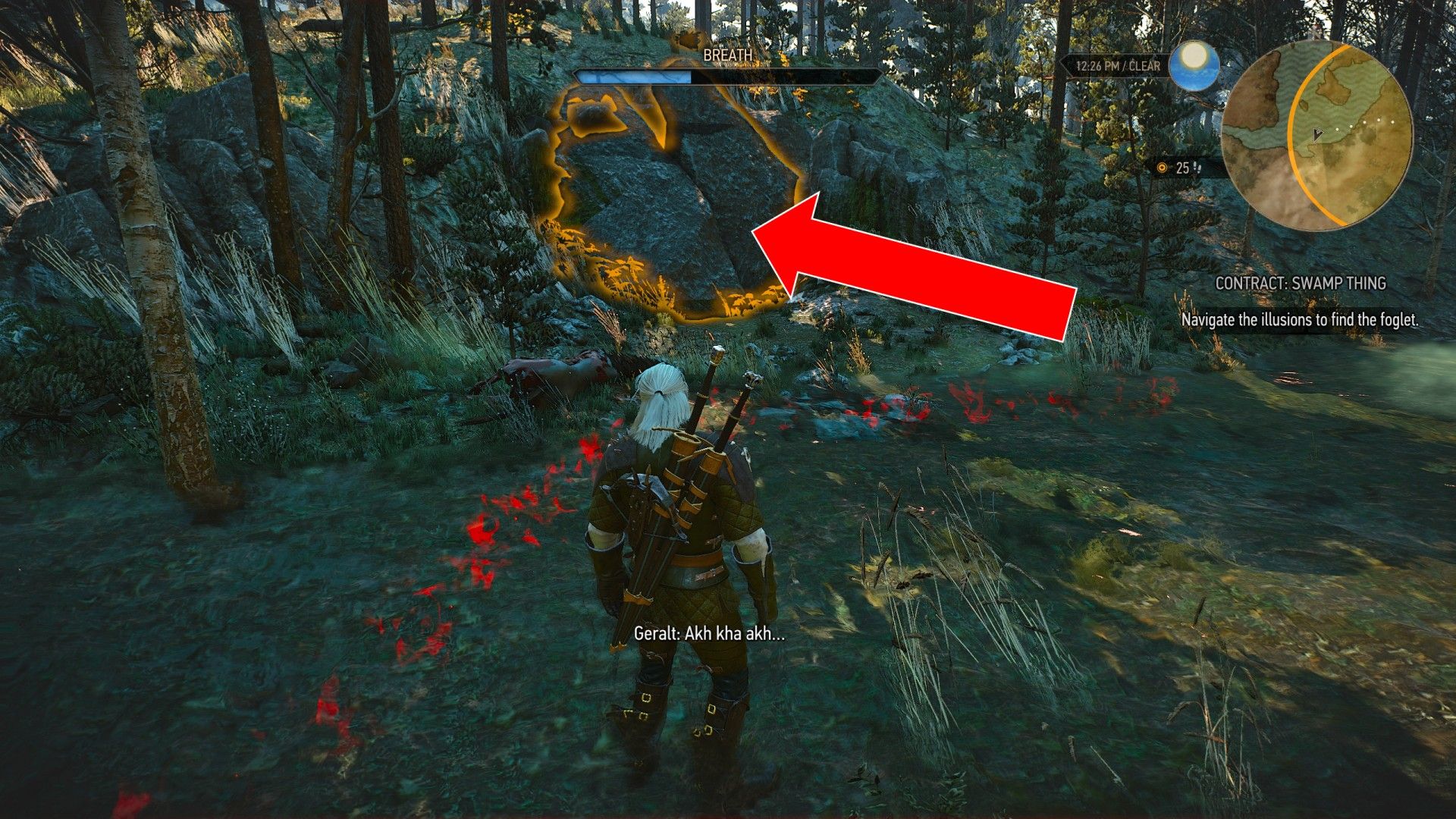 Head toward the area marked on your map, located just to the east. You’ll be attacked by a handful of drowners while investigating. Dispatch them and then look for a body in the area. Use the Eye of Nehaleni to make the illusion disappear, revealing a series of tracks. They’ll lead to a small hut in the area. Here, you’ll need to examine a blood smear, and Geralt will learn of a foglet with a unique name. You’ll get 25 experience points for doing so. If you didn’t find the earlier body and tracks, you’ll need to search the whole hut.

Southeast from here, there’s another illusion of a boulder that you can easily spot by using your Witcher Senses. After clearing it out by using the Eye, you’ll gain access to a cave entrance. Inside, you’ll be in for a fight against the foglet, so prepare yourself for the encounter using necrophage oil and whichever other items you prefer.

Depending on which entrance you take through the cave, you may have to fight another foglet before reaching your true target: Ignis Fatuus. It’s wise to use Quen against this monster, as he hits hard. One of his tactics is to disappear into the mist and summon other foglets. Luckily, he can’t leave the fog, so you can back out for a moment to use some potions or whatever you need if you want.

While Ignis Fatuus is summoning the other foglets, you can use Yrden to help yourself win the advantage. The other ones will disappear if they enter your Yrden circle.

Once defeated, you can grab a foglet trophy and a steel sword called Carabella. 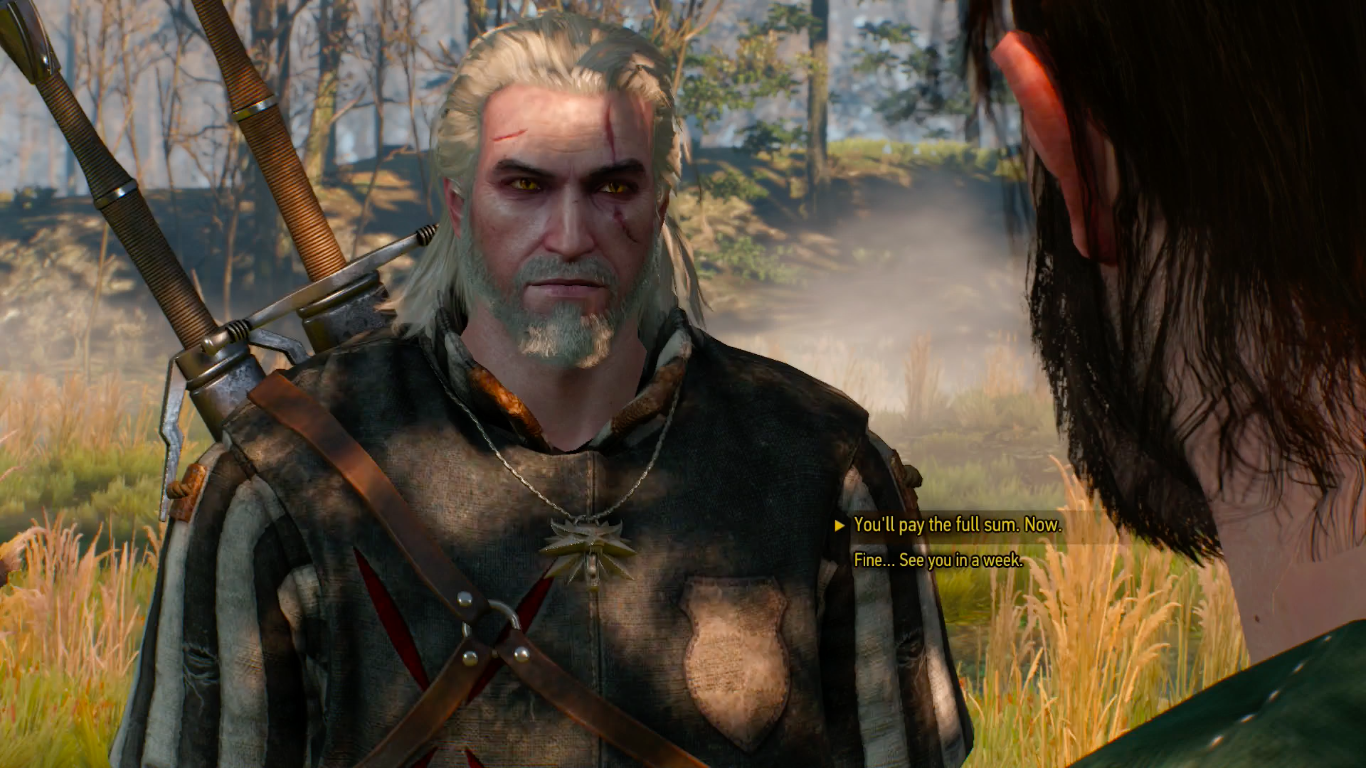 After the fight, return to Leslav. If you didn’t haggle or speak to him beforehand, he’ll give you 136 gold and 240 experience points. If you haggled and discussed the price of your work beforehand, he’ll tell you that he doesn’t have the money.

You can demand that he pay you now, but you’ll only get a portion of what he said he would give you. However, if you opt to trust him and return a week later, he’ll give you double what was promised, as he says he would. Either way, you’ll get 240 experience points. The quest will complete when you receive your payment, no matter how much it is or how long it takes. 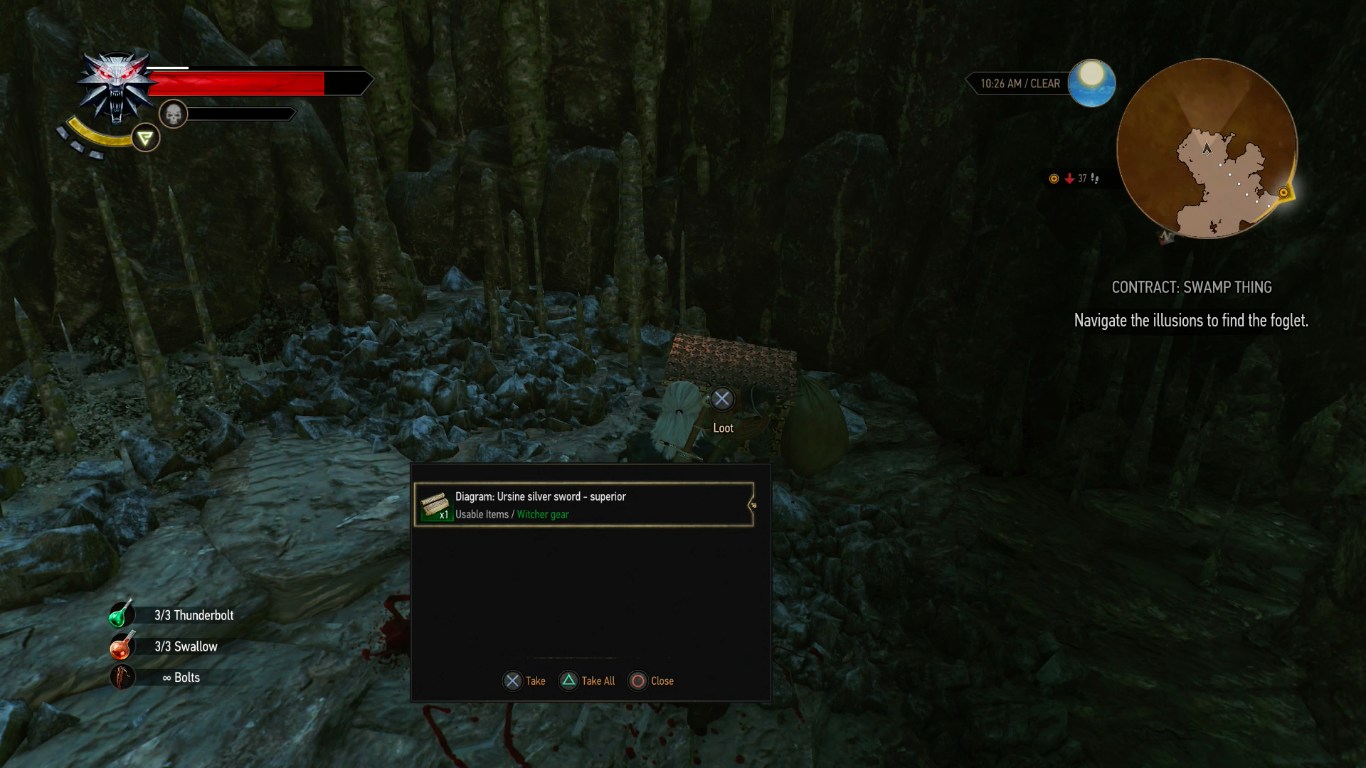 It’s important to note that there is a bit of witcher gear that you can find while completing this quest. When you enter the cave where Ignis Fatuus is found, keep your eyes peeled for an alcove near the first foglet you fight. In a lootable container, you can find the diagram for the ursine superior silver sword.

NEXT: The Witcher 3: A Guide To The Whispering Hillock 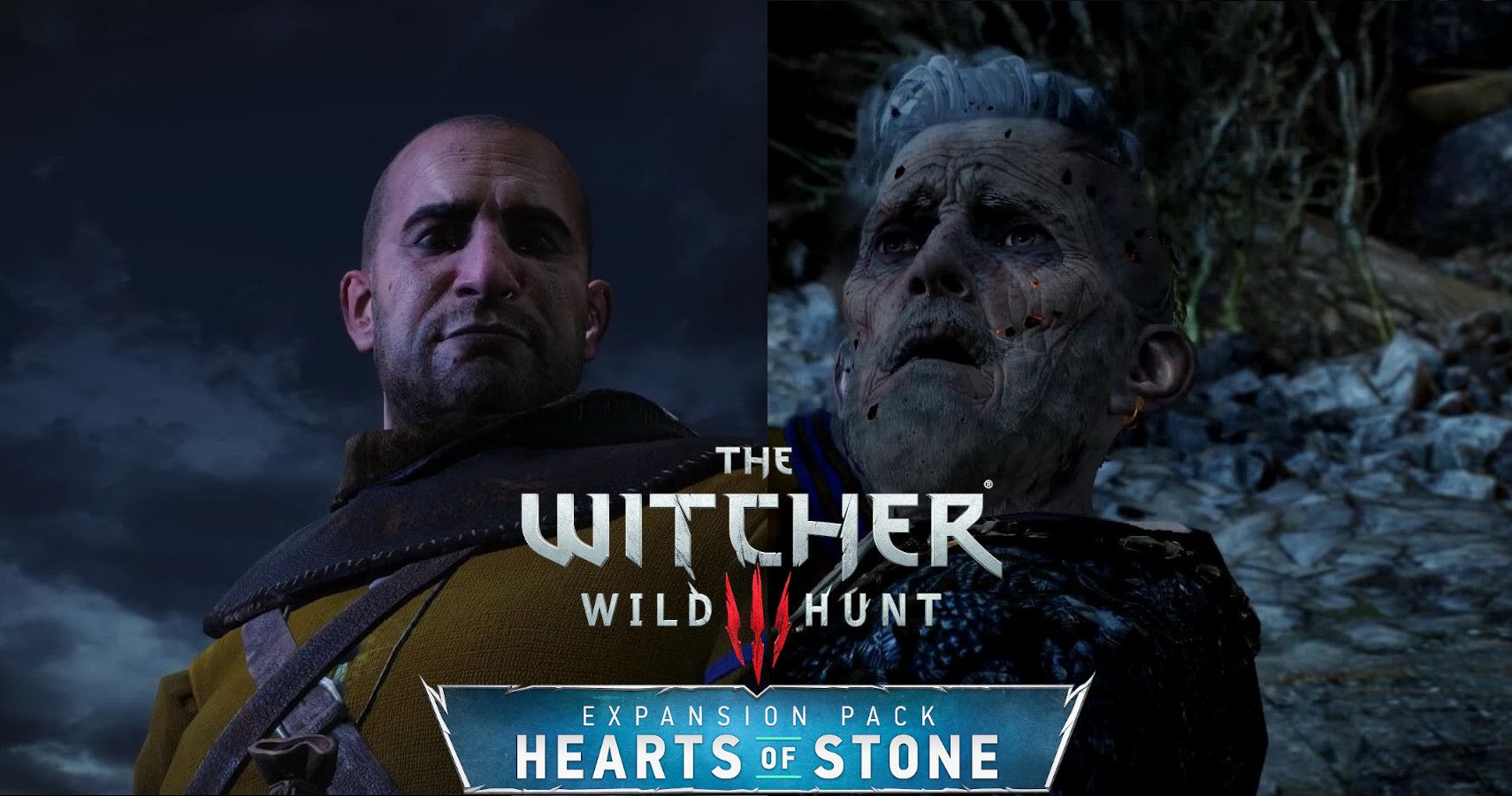