Final Fantasy 14 players are still riding the high from the recent Patch 6.1 content drop, which added new main scenario quests, the Crystalline Conflict PvP mode, Adventurer Plates, and many other shiny new things. There is so much to be excited about, as well as one particular thing to be disappointed with — I’m looking at you, Housing Lottery System — but I can’t help but already look forward to the next big thing awaiting us on the horizon.

I’m talking about Data Center Travel, of course. We’ve been promised that this will launch as part of Patch 6.18, so hopefully, we won’t be waiting too much longer. However, I’m already aware this won’t be the travel system I truly desire when it arrives. Once introduced, players will be able to visit Worlds in other Logical Data Centers, but only as long as they are within the same Physical Data Center as their homeworld. What this means is that you’re still restricted to visiting the Data Centers within your own region, so as my main character is on the Ragnarok server on Chaos Data Center, I’ll be restricted to visiting the other European Data Centers only. Not so cool, huh?

Square Enix has said that the new Data Center Travel system has been designed to allow for cross-region travel, but due to difficulties in terms of different in-game economies and values, this will be limited at first. Still, Square Enix will be paying attention to player opinion as to whether wider travel is introduced later down the line. It seems likely that the community will push to have cross-region travel, but when we’ll actually get it is another matter entirely. 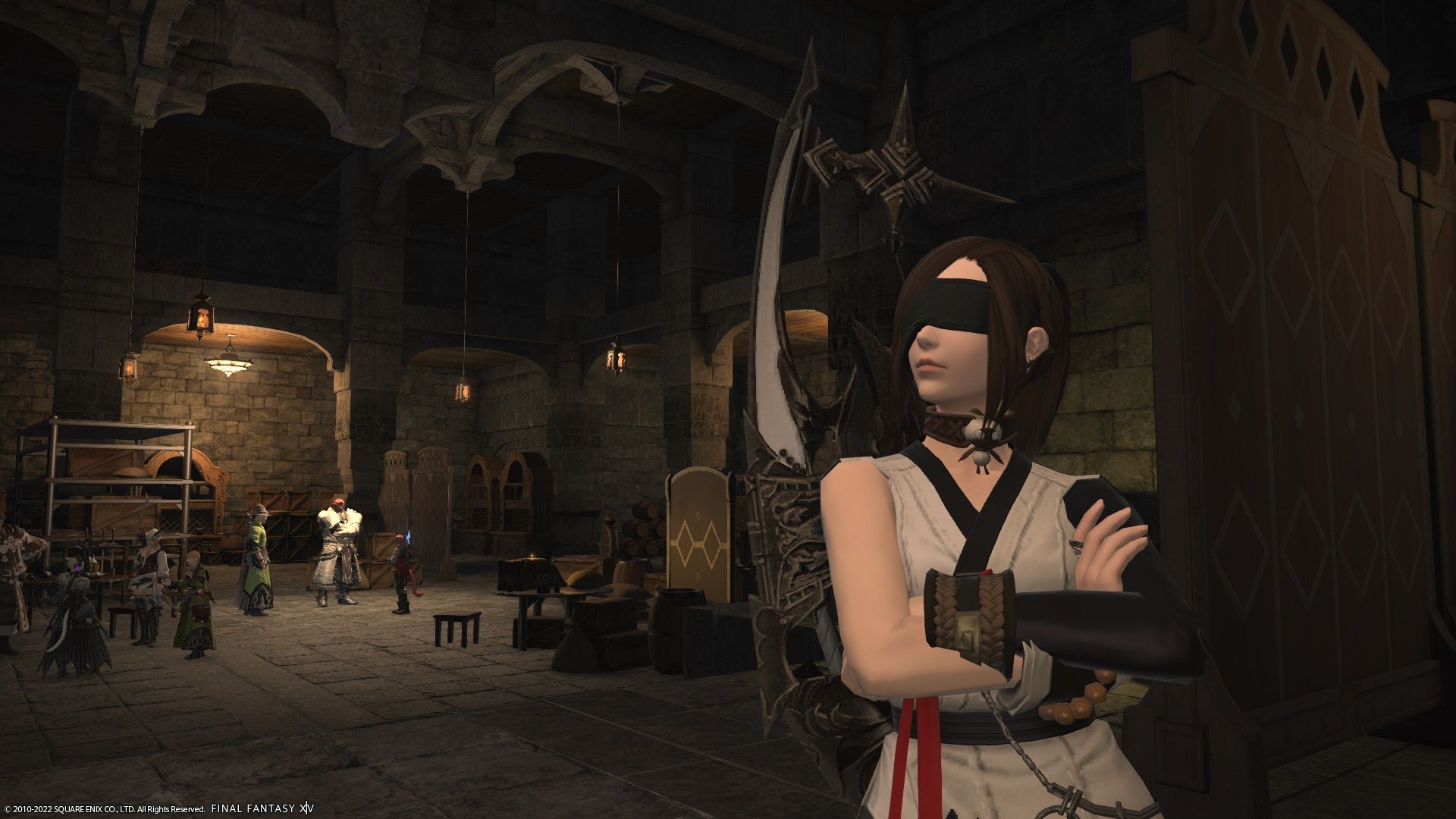 I appreciate that we need that testing period where it only allows us to travel within the same region to avoid breaking things on a bigger scale, but I really hope that we’re not left waiting for ages to get what we actually want. Maybe it’s because the EU Data Centers seem a little quieter than some of the others in terms of social events or community projects, but I find myself visiting the NA Data Centers with alt characters so much more than I find myself needing to hop to other EU ones.

There are so many amazing people and places in the FF14 community that I love to go and visit, bard groups, RP cafes, dance groups, theatre shows — you name it, and someone in the community has done it. It’s easy enough to roll an alt character to visit, providing the World isn’t locked to character creation, of course, but it’s just not the same as if I were on my main.

When I visit clubs or DJ sets on an alt, I don’t have the full range of emotes and I’m stuck with the rather boring dance option. I can’t partake in themed costume events, as I generally resort to wearing clothing I get sent from the Veteran Rewards program and I don’t have any Gil to my name on a fresh character. As a result, I just don’t feel like it’s really me when I visit on an alt.

Aside from social events, I also want to be able to play with my friends and colleagues across the pond. I love working with an international team here at TheGamer and so many of us play FF14, but we’re scattered across different regions. I can’t wait until we can have some proper TG sessions where we can party up and take on content together.

Patch 6.1 was bittersweet for me. I loved that we were all hyped about it and that there was new content to tackle and discuss, but I would have loved it even more if I could have experienced the new content with my colleagues rather than randoms. I’m really bad at PvP and Raiding, so having some friendly faces who are a bit more sympathetic to my failings would definitely allow me to try it more often, and regrettably, my old Ragnarok companions haven’t played in over a year. 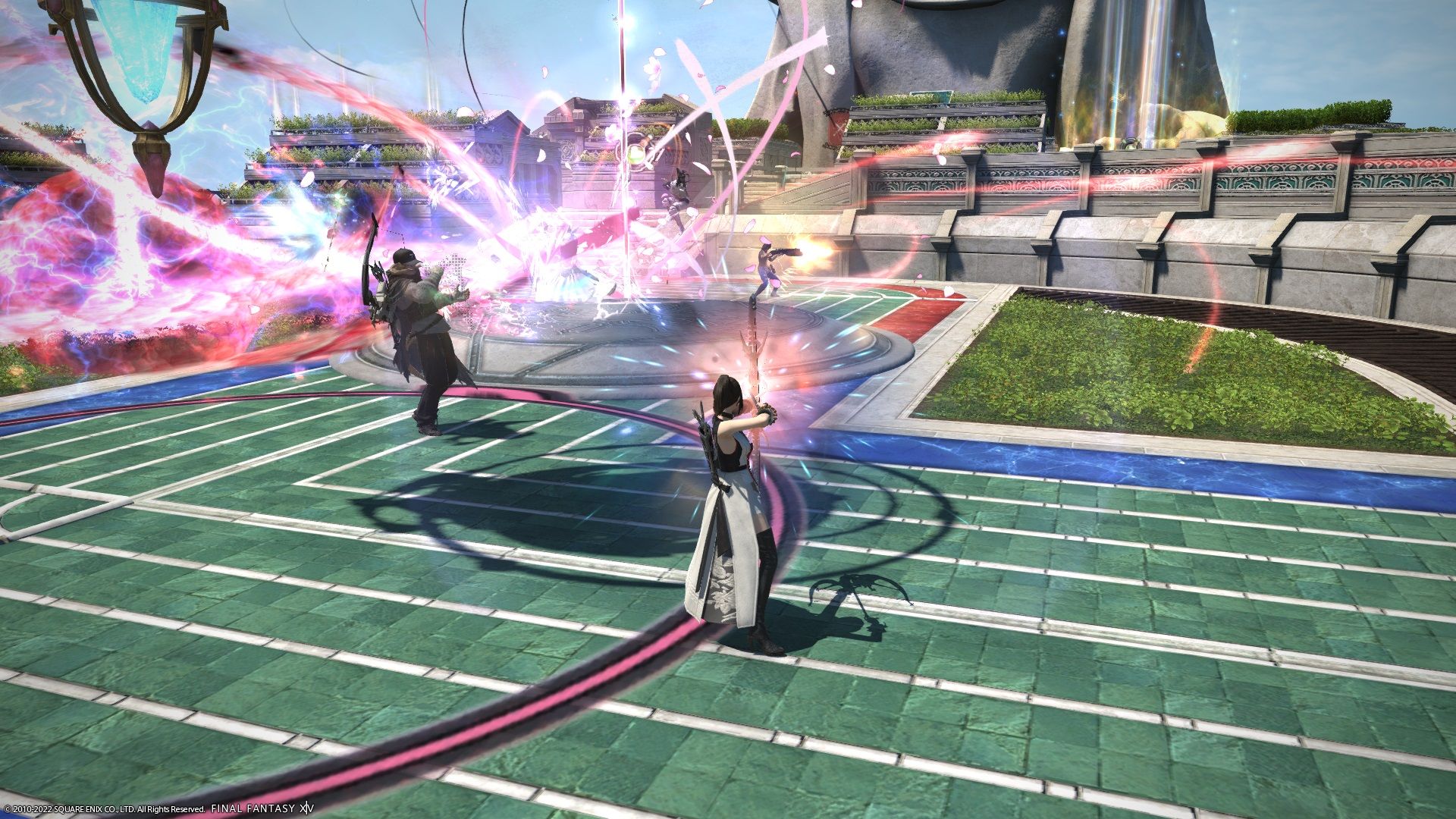 I know I might seem rather spoiled for wanting more and being a bit impatient about it, especially considering how far the game has come already. We used to be restricted to our home worlds until World Travel was implemented and let us visit any other worlds in our Data Center. It’s not a perfect system of course, and having to queue to get into another world can sometimes be a chore, but it’s a luxury for sure, and it has massively changed the way players farm Hunts and FATEs.

My hope is that the travel system will be improved when it comes to Data Centers, as this will be initiated via the character selection screen instead of from an Aetheryte after you’ve already logged in, potentially leading you to deal with two hefty queues in a row as you queue to get into your own world and then queue again to jump worlds. The downside is that there will be a couple more restrictions when it comes to Data Center Travel, as you won’t be able to chat with your Free Company or cross-world linkshells, but given that a lot of us use Discord alongside FF14, I think we’ll be fine.

I just want some FF14 buddies to play with once again. I’m fully aware I could just use the World Transfer Service to be with at least one of my colleagues, but I have too much nostalgia for my FC house, as well as the slim hope my friends might log in again someday, so I just can’t bring myself to abandon Ragnarok just yet.