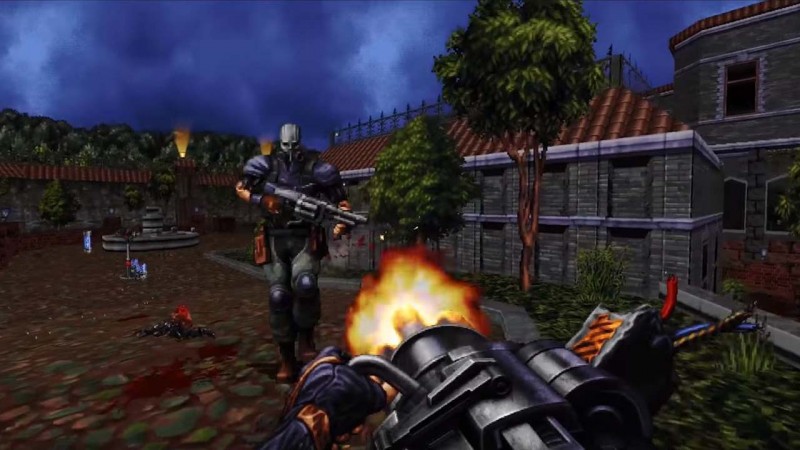 Ion Maiden is an upcoming old school shooter that looks like it was made in the ’90s but features a few modern improvements. The game looks neat and is currently in early access. Unfortunately, Ion Maiden also features a name that is very similar to another icon that was popular in the ’90s.

3D Realms, the studio behind Ion Maiden – as well as Duke Nukem 3D and Shadow Warrior – is now facing a lawsuit from the band Iron Maiden, which filed a suit in a California federal court on Tuesday stating that 3D Realms’ game is currently in violation of Iron Maiden’s trademark and that the game not only apes the band’s name but is infringing on the band’s stylized logo. For comparison, here is a shot of the two logos side-by-side.

Iron Maiden is asking for more than $2 million in damages, hopes the courts will prevent 3D Realms from using the name Ion Maiden, desires the destruction of any physical materials bearing the game’s logo, and would like to see either the cancellation of the ionmaiden.com domain or a transfer of ownership to the band.