Is Facebook Upping Oculus Quest 2's Base Storage To 128GB? 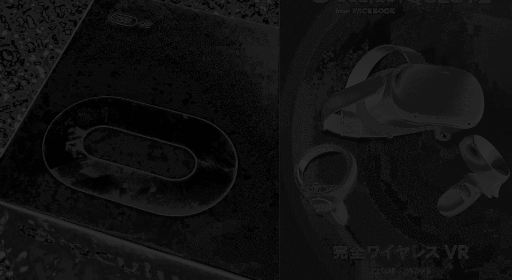 Facebook may soon increase the Oculus Quest 2 base model storage from 64GB to 128GB.

The 64 GB Quest 2 isn’t currently available for purchase in the United States on either Amazon or Facebook’s own Oculus.com website.

On July 8, photos appearing to show a 128GB box were shared anonymously on imgur.

This week, a Quest 2 ad in a Shonen Jump Plus manga apparently showed “128GB / 256GB” – though the reference seems to have been removed.

Unlike other portable consoles such as Nintendo Switch, Oculus headsets don’t have an SD card slot. Reaching the internal storage limit means you’ll need to uninstall some games to make room.

Most Quest games are around 1 GB in size, but major titles like Sniper Elite VR and Larcenauts clock in around 3 GB. The Walking Dead: Saints & Sinners – our #1 pick on Quest – requires more than 8 GB, while Myst VR requires almost 10 GB.

Resident Evil 4 VR is slated to be the first major mobile VR title not coming to the original Quest. We don’t yet know the file size, but the Switch port is 12 GB. Facebook has promised ‘really big, deep’ games for the future, partnering with Ubisoft for Assassin’s Creed & Splinter Cell titles. 64 GB storage could soon be insufficient for avid gamers – a doubling to 128 GB could drive more software sales benefitting consumers, developers and Facebook alike.