It Takes Two and A Way Out developer teases next game 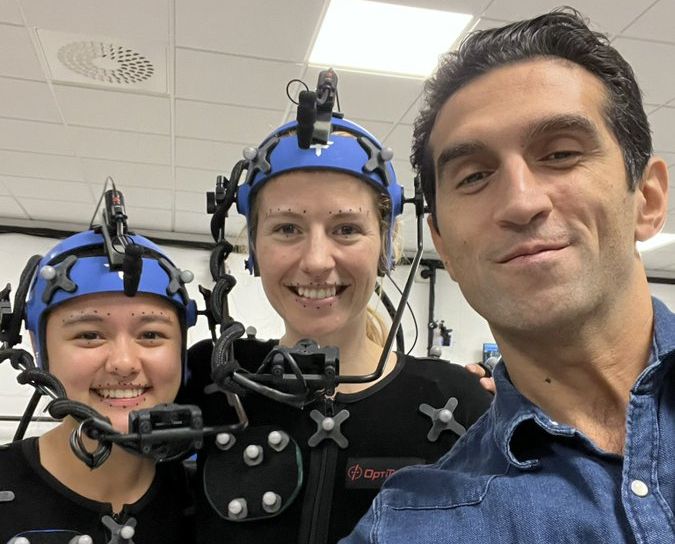 The follow-up to It Takes Two is already in production and if the mocap is anything to go by it’ll star a mother and daughter team.

There are two things that developer Josef Fares is known for: swearing at award ceremonies and making highly successful co-op games like A Way Out and It Takes Two.

The latter was an especially big hit when it was released last year and so it’s no surprise to find that a follow-up was quickly put into work. It’s relatively unlikely to be a sequel though, as so far all of Fares’ games have been original titles – so there’s not a lot you can discern from the above photo.

You’d have to assume that another co-op game was likely though and so, if it is, this is likely to be the two main characters. The obvious first assumption is a mother and daughter, but since this is a mocap session they could end up as anything in the final game.

Fares’ first game of note was Brothers: A Tale Of Two Sons, which wasn’t co-op originally but did add in the option after he left original developer Starbreeze Studios.

It’s tempting to imagine some kind of pseudo follow-up entitled Daughters, but that’s probably too much of a stretch.

The only thing that Fares has said publicly about the new game, outside of this tweet, is that it will ‘take everything to the next level’, which does seem to imply something that will build upon the concepts from the previous games.

Although normally you’d expect a new game to take several years to complete, it could well be that work on this new title was started while It Takes Two was still in development itself.

Considering Fares is pals with presenter Geoff Knightley, it wouldn’t be at all surprising if the new game was announced at The Game Awards this December…