Joker 2019 and The King of Comedy: The 1980s Cult Classic That Inspired the Joaquin Phoenix Movie

Note: With the release of the teaser trailer for 2019’s Joker movie today, we figured now was a good time to update this comparison piece between what Joaquin Phoenix and director Todd Phillips seemingly have in store for fans and the Martin Scorsese classic The King of Comedy, which is said to be an inspiration behind their film.

If you’re excited about the Joker origin movie starring Joaquin Phoenix, you have some homework to do. The new film reportedly takes its inspiration from a cult classic Martin Scorsese/Robert De Niro movie which was largely overlooked in its time, but was eventually reevaluated, and is now considered one of the most acidic motion pictures about the entertainment industry ever filmed. The movie is called The King of Comedy, and it’s only one step removed from “The Clown Prince of Crime.”

It’s pretty ironic that the most popular supervillain in the world is the Joker. At least, if you believe his origin stories. The failed comic who lost his mind and became an agent of total chaos has risen through the (very impressive) ranks to become Batman’s greatest nemesis, and has in the decades that followed his creation been played by celebrated actors like Cesar Romero, Jack Nicholson, Mark Hamill, Heath Ledger (who won an Oscar for his performance) and Jared Leto.

The Joker is a success story, but the stand-up comedian who transformed into the Joker was not. It’s that character arc that reportedly drives the new Joker origin movie, directed by Todd Phillips (The Hangover), which stars Joaquin Phoenix as a failed comedian who turns to crime. Robert De Niro has a role as a talk show host who plays a pivotal role in that evolution. 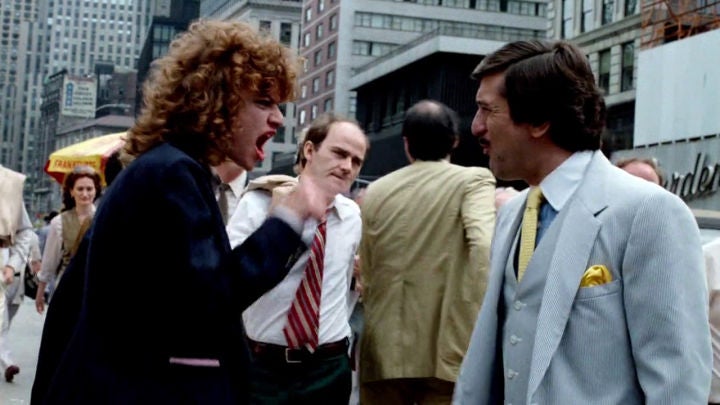 It’s not a big stretch to remake The King of Comedy, directly, with the Joker in the lead role. It’s the story of a man who can no longer tell fantasy from reality, whose delusions have disturbing consequences. And although director Martin Scorsese knows that Pupkin is a terrifying person, he and De Niro never lose sight of the fact that his actions are the result of a tragically disturbed mind. Pupkin’s comedy routine, which we finally see at the end of the film, is a litany of tragic abuses he suffered as a child, filtered through a mind that is desperate to share them with the world and to say that, in the end, all that horror was hilarious.

In the new Joker movie, the villain is named Arthur Fleck, and he’s played by an actor who famously evokes sympathy for unsympathetic individuals. Joaquin Phoenix earned an Oscar nomination for his role in Paul Thomas Anderson’s The Master for playing another smashed soul, burned out from World War II, who develops an uncomfortable connection to a charismatic charlatan selling a cult-like new religion. It seems like smart casting, considering what Philips is said to be going for. 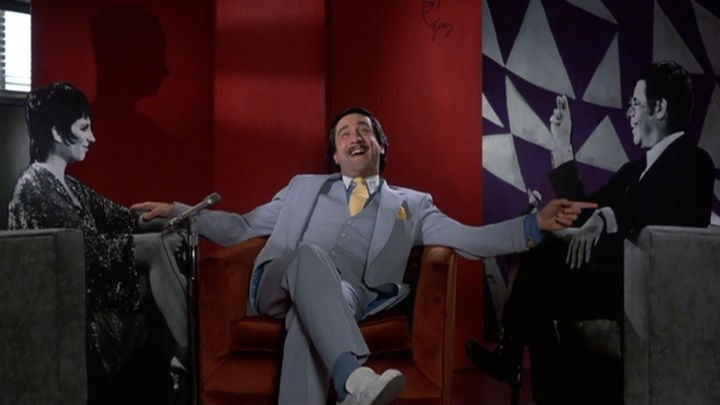 Time will tell whether the new Joker movie merely alludes to The King of Comedy or if the latter film is a pervasive inspiration. (It certainly wouldn’t be the first time the Joker took inspiration from a movie; the character was originally modeled after Conrad Veidt’s iconic performance in the silent horror thriller The Man Who Laughs.) But if you want to see a film that the Joker would probably love – and one of Martin Scorsese’s finest films, while we’re at it – you should definitely check out The King of Comedy. It’s a killer.