Jupiter Hell review – a heavenly mix of Doom and roguelike 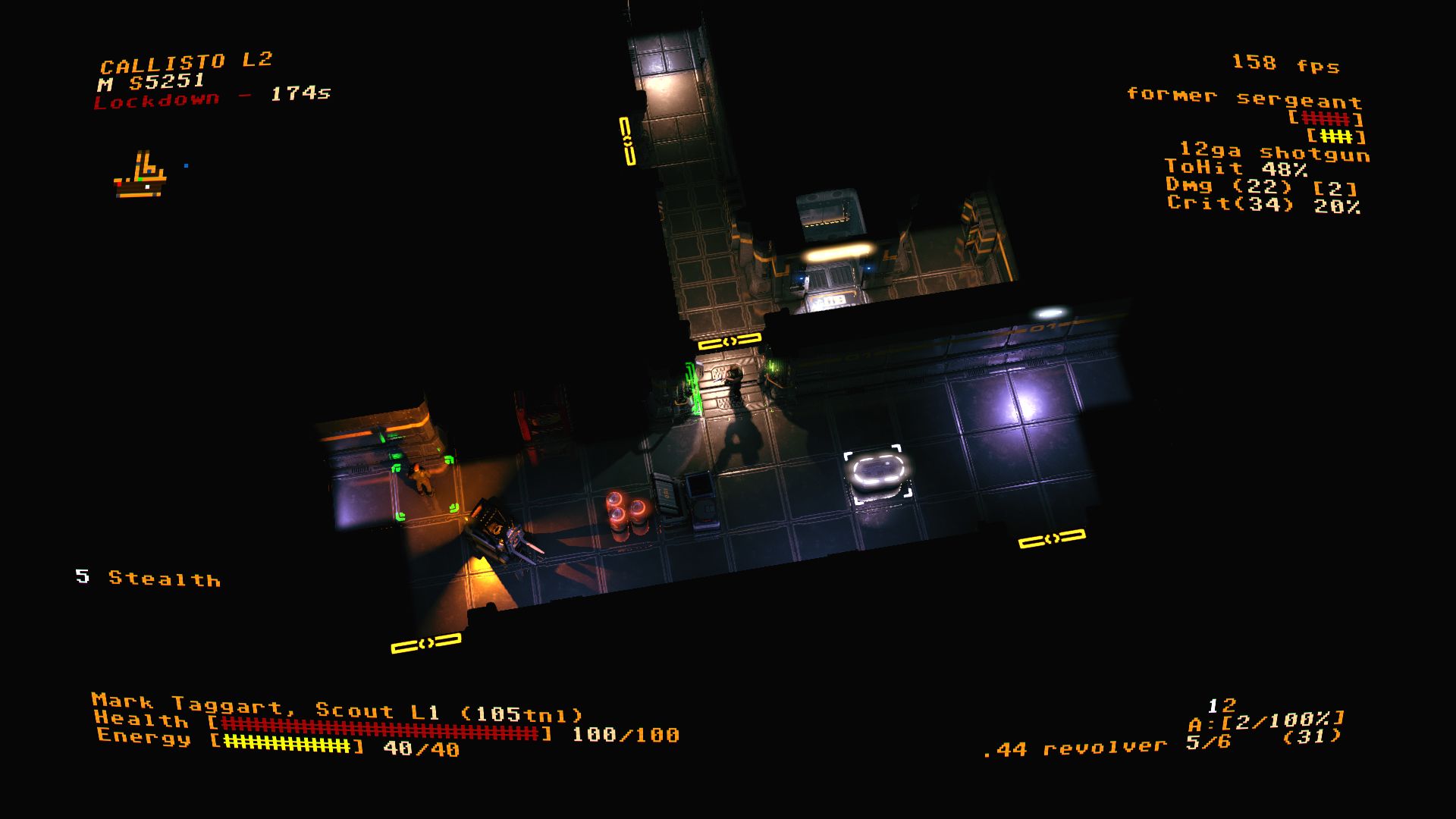 Reinterpreting Doom as a turn-based roguelike sounds like a strange idea, but Jupiter Hell will rip and tear at your preconceptions.

It may seem a peculiar concept, but Polish developer ChaosForge has been making roguelike games based on Doom for almost two decades. The original DRL (Doom, the Roguelike) wasn’t an official tie-in but it used the same settings and enemies with turn-based roguelike mechanics and top-down level design. Dropping the copyright infringing Doom references, Jupiter Hell is essentially a spiritual sequel, retaining the former’s atmosphere and turn-based structure but refining them into something far more polished.

In Jupiter Hell you start each run by choosing one of three character classes. The marine comes with an extra medkit and is a tough, potty-mouthed powerhouse who earns fury with each kill – which can be translated into combat-boosting adrenaline shots. Scouts can turn invisible for short periods and have the ability to spot lifts to the next section in the map view; while technicians have a line-of-sight breaking smokescreen and start with three hacking multitools.

Each class also has their own upgradable three-tier perks, which interact with the guns you pick up and weapon mods in very different ways. This ensures the way you approach the game’s murky, labyrinthine bases is different for each class, while still sticking close to the guiding principles of Doom’s rip and tear gameplay.

Rather than a mouse, Jupiter Hell uses only a controller or keyboard (regardless, there’s no sign of a console version yet) with each action taking one turn, whether that’s moving, shooting, swapping guns, reloading or looting. It gives battles a solid tactical component, as each turn you take has ramifications for what you’ll be able to do in the next one. Even though you’ll typically be fighting single enemies or small groups in the early levels, those skirmishes rapidly morph into exercises in knife edge, multi-directional crowd control as you go deeper.

You also have to adapt to the weapons you’re using. The shotgun needs to be reloaded after every single shot, while the .44 revolver and hunting rifle take a turn to load each of their bullets. They’re powerful options but need to be used at the right time and in the right way to make them effective.

You’ll also pick up weapon mods, which improve damage and accuracy or add a status effect to each shot. They’re useful up to a point but given the steady broadening of weapons options as you progress, you’ll often find it hard to locate ammunition for the starting pistol or auto rifle when you get further into a run, forcing you to toss even quite powerful guns in favour of something that will be easier to fuel with ammo.

Every downed enemy sheds a little fountain of equipment and you’ll also find chests that drop medkits, armour, weapons or ammo. Standing on a piece of equipment and holding shift lets you compare it with what you’re holding so you can decide what to grab and what to abandon. With limited inventory space, you’ll continually be making value judgements about what’s worth putting in your backpack or taking up one of your limited weapon slots.

With its dark isometric environments, grinding heavy metal soundtrack and protagonists that swear about running out of ammo or inventory space almost as much as you will, Jupiter Hell manages to retain Doom’s atmosphere of early 90s ultra violence despite being turn-based. It also presents everything in an amber CRT view, complete with subtle mock screen curvature to complete the effect.

The one element that’s nothing like Doom is the need to keep your protagonist in cover. Out in the open you’re vulnerable, while the bonuses that accrue from hunkering down behind a bulkhead can be multiplied with perks. The wait command is vital, both in terms of harvesting cover bonuses and letting larger groups come to you – a far easier way to take down crowds.

With procedurally generated maps, you’ll learn to recognise different sections as being potentially easier or harder but more rewarding. In the early days it’s easy to take a lift somewhere that will get you killed in short order, but with some experience of what each area is like you’ll learn when it’s a good idea to use additional caution.

As a true roguelike there’s no overarching meta-upgrade process, with each death resulting in you starting again completely from scratch. It’s a decision that goes well with the grimy, hardcore environments but it does mean that each run’s success rests entirely on your skill, luck, and solid decision making. Without being able to fall back on levelling up or new skills, it really is just you and the guns.

Jupiter Hell is a rarity, a dungeon crawling roguelike with ranged weapons. Its ASCII enemy power bars are almost reminiscent of Dwarf Fortress and its Doom-like trappings and amber screen presentation evoke a simpler, more violent time in video games. But underneath that, its variety of character classes, perks, and weapons – as well as the diversity of enemies and environments – force you to think tactically, each death earning a new lesson for your next run.

In Short: A turn-based roguelike set in a universe that’s similar to but legally distinct from Doom, and where every choice you make has immediate and long term consequences.

Pros: Great atmosphere and deliberately seedy-looking gloom. Solid, tactical gameplay, with a good range of perks, mods, and weapons to try out.

Cons: No lasting progression may be dispiriting for some. The early part of each run starts to feel samey after a while and you will regularly find yourself in situations that feel un-winnable.