The release of Tony Hawk’s Pro Skater in 1999 solidified skateboarding as a cultural, and athletic, force to be reckoned with. The hotly anticipated remake of the game, Tony Hawk Pro Skater 1+2, promises to deliver the impressive physics, killer soundtrack and the best skaters aroundof the original, only better.

Kareem Campbell, one of the original playable characters and ’90s street skating trailblazer, will return for this next chapter. Known for his signature trick the “Ghetto Bird,” Campbell signed with World Industries (among several others) where he appeared in now-classic videos “New World Order” and “Trilogy.”

HYPEBEAST spoke with Campbell about how the original game came to be, becoming a household name, and what we can expect from Tony Hawk Pro Skater 1+2. And check out our interview with one of the new skaters to appear in the remake, Leo Baker.

HYPEBEAST: I wanted to go back in time to the first game. I was wondering what your early reactions were: did you think it would be a great success or were you skeptical at the beginning?

Kareem Campbell: I mean, for the most part, because I played video games and all that, I like them. So you know, to me regardless I was psyched on it. But it really was a thing of you don’t really know if it’s gonna get developed or nothing. And Neversoft was like a small business. Until I went to Activision. Then it was reality. Like, once they started making the little demos and you could see your character being formed and stuff like that. And then, you know, they have the little trials, back in those days, trial CDs that you play. That’s when it became reality. 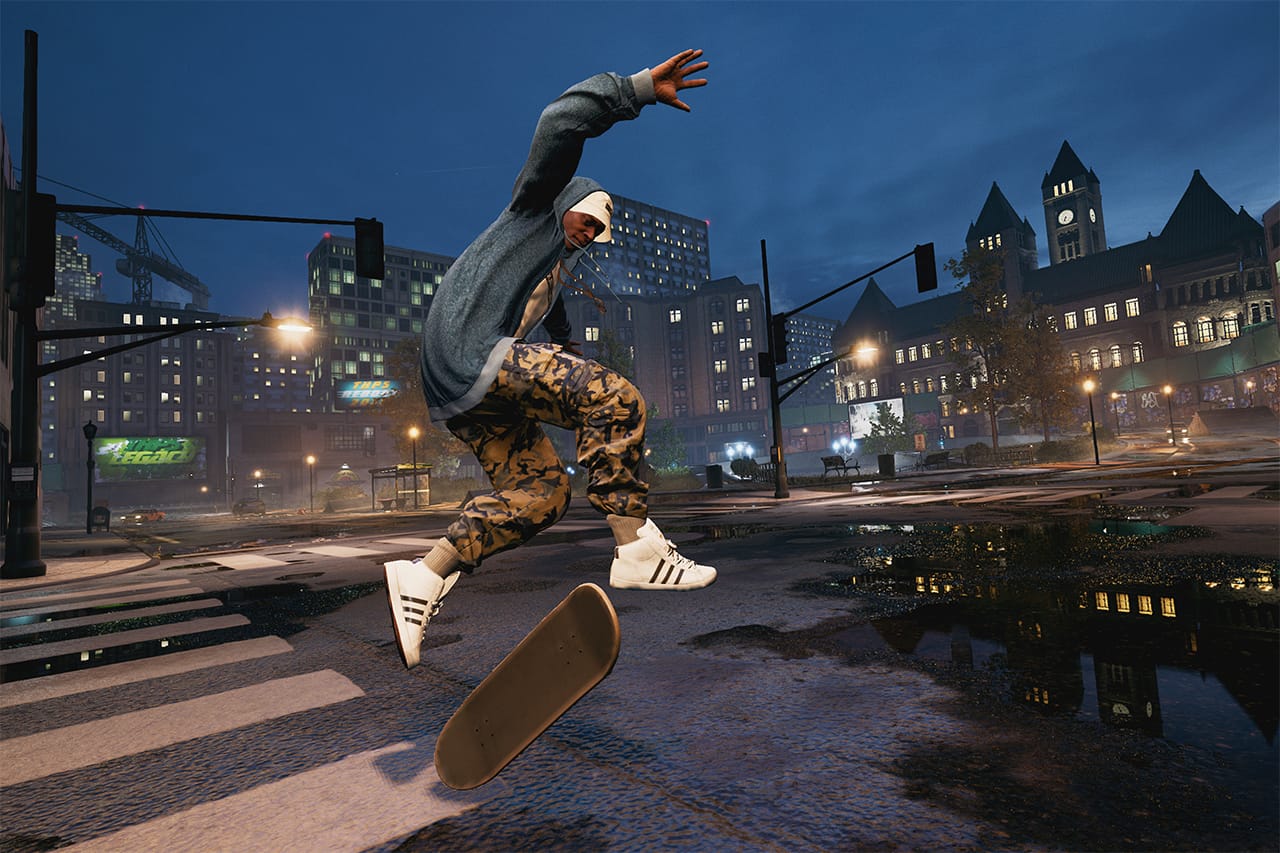 Did you sense how much of a phenomenon this game was going to become?

I was taken by a storm because I was establishing my popularity in skateboarding at that time. And that was already overwhelming to me, you know what I mean? Just because things happen so fast. And then when the game came out, that’s a total different element. Now you’re becoming a household name outside of just skateboarders and people that know of skateboarding. Because somebody that doesn’t play any games, they might go sit and watch their son playing it or they’re going by throughout the living room, and then you know, “Who is this you’re playing?” So yeah, that was it changed my whole life.

Was that kind of a weird experience? Becoming a celebrity of sorts?

You do get that effect. In my same, normal places like the Beverly Center, people would notice me, but it’s really the core people. But then you get like, the little guy, “Little Bobby” or whatever. I had some little kids come running up to me, they’re 13,14 years old, and the parents looking like, “What the hell is that about?” (laughs)

I had to sit there and tell them as they’re coming up like, “No, no, no, m’am you know, I’m a pro skateboarder,” because they’re all talking about the game and they know me from the video game, but their parents were just kind of weirded out. You know most of the time they’d think I’m a rapper and stuff like that back in the day, but I kind of threw them off on that because they’re like, “You don’t look like a rapper.”

“I think that’s going to be the ultimate evolution, when skateboarding goes to Olympics.”

How and when did you get approached to work on Tony Hawk’s Pro Skater 1+2?

Tony and them hit me. They just pretty much said, “Hey, we’re thinking about doing a remaster of the game, of a couple different levels.” Pretty much they asked me would I love to keep doing it. That’s a guarantee. That wasn’t even a question, you know. When do we start?

What do you make of this next version, compared to the original?

The gameplay now is insane. When we first did it, we just wanted to get in the trick, get your style and your look. But now as you’re playing it, you’re leaning and you’re moving as you maneuver with the joystick because you’re balancing. You got the whole complete feel. So yeah, this game is mind blowing. 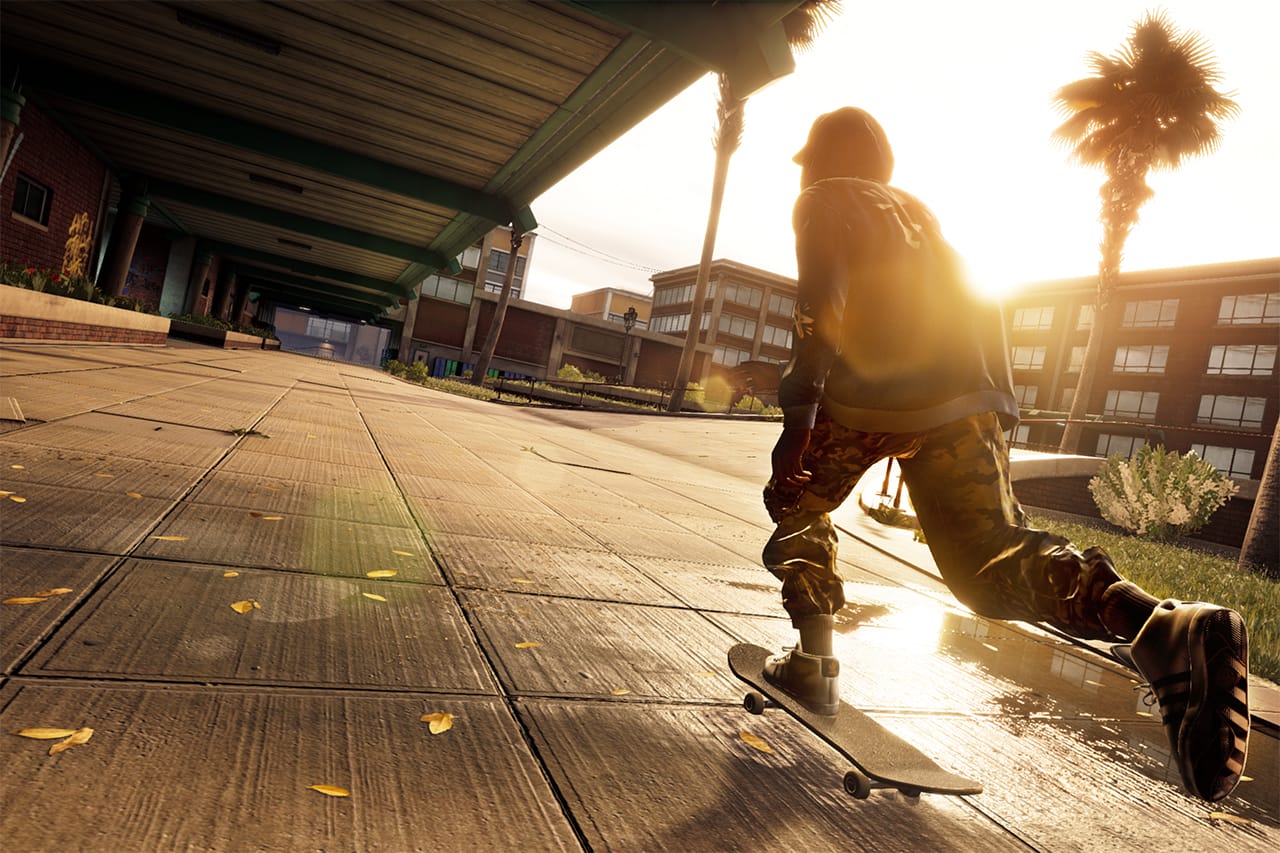 I mean, really this is getting into the Olympics. That’s gonna make a big impact. We have evolved so much over a quick period of time and to be having this much recognition. I think the Olympics is gonna be the solidification where you can actually write us down in the sports books. We’ll be like Sweden. We’ll have a gym class that’s skateboarding, you know. I think that’s going to be the ultimate evolution, when skateboarding goes to Olympics. That’s going to be the turn of our time.

“That’s a total different element. Now you’re becoming a household name outside of just skateboarders and people that know of skateboarding.”

On The Nine Club podcast, Steezus, one of the co-hosts, was talking about how you were such an inspiration to him and for other Black kids growing up that they could be pro skaters too. And he attributed a lot of that influence to Tony Hawk Pro Skater.

I think it’s beautiful. If anything, I could say for all of my ups and downs and journeys, it did pretty well because [skating] takes culture from Black, Brown, Asian. We’re not necessarily the minority. I think it’s good. It just kind of evens out the understanding that anyone could be a star if you wanted to.

The Nine Club knows me. I have yet to be on it because I’ve always flaked on ’em. I’m definitely gonna be doing The Nine Club soon though, very soon. I love the boys, that’s the family, too.