I enjoyed The Boys’ third season more than a lot of folks at TheGamer it seems. Sure, the satire was very on the nose, but due to the considerable lack of media literacy the loudest people online seem to display, I completely understand why the writers went in a more obvious direction. Seriously, how did so many people only just realise Homelander is the bad guy?

While the overall finale wasn’t as gripping as I’d hoped, what I did love was the arc Kimiko and Frenchie had. I watch the show with my housemate, Will, and the adorable pair have quickly become our favourite duo on telly. We audibly gasped any time one of them was in danger, especially when Kimiko got impaled after losing her powers. There’s a lot of father-kid stuff happening this season, and it’s been strong, but it’s much rarer to see a platonic friendship between a man and a woman get this level of development in a show without it immediately focusing on an explicit romance.

Frenchie and Kimiko share similar backgrounds, despite being from different sides of the planet. Frenchie was abused by his father and became a gun for hire, a weapon to be pointed wherever his boss desired. Kimiko was stolen from her family, forced to become a terrorist, then smuggled to the US and pumped full of Compound V. They’re both seen as nothing more than tools by their masters, and in that upbringing they find common ground that the show has done such a fantastic job exploring. 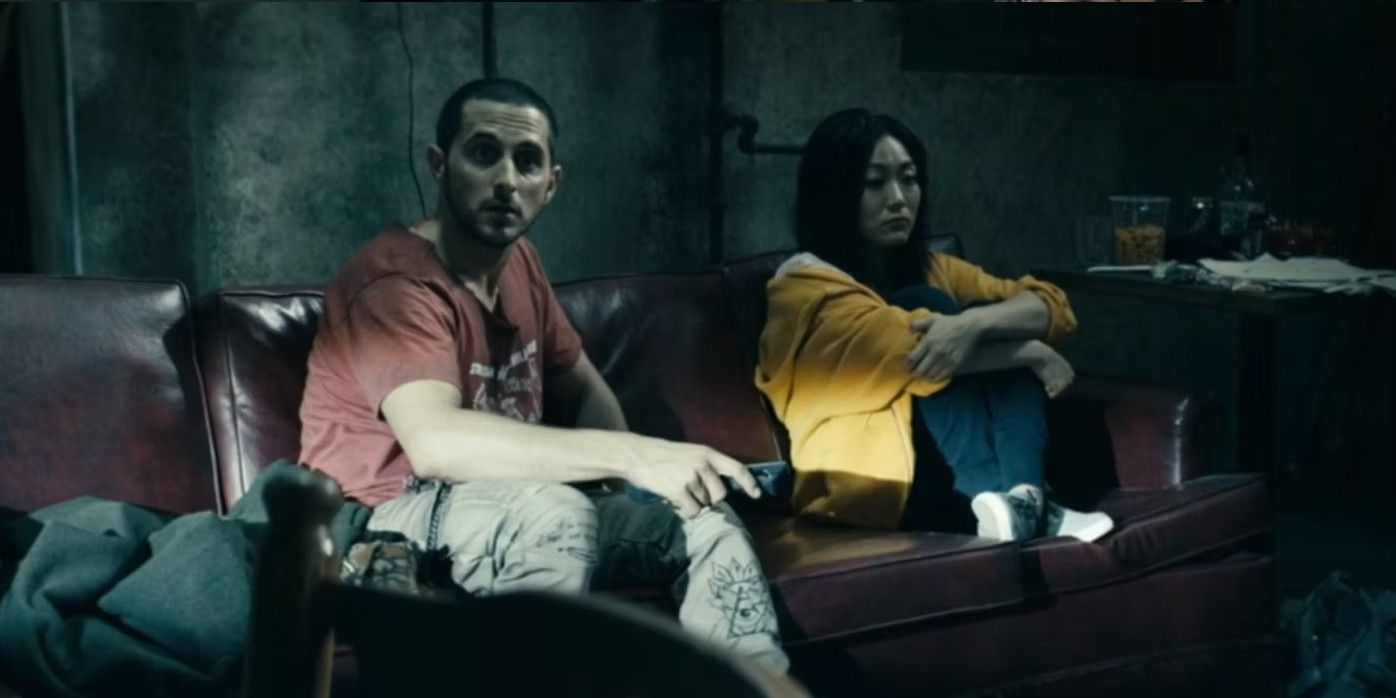 The French mercenary has always been closer to Kimiko than the rest of The Boys, but this latest season really cemented just how much the two have grown and love each other. Frenchie affectionately calls Kimiko “mon coeur”, which translates to “my heart.” She brings out the sweeter side of him, letting him be a friend and protector rather than a killer. And he lets her be a normal person. They cook, watch TV together, and just pal around – when they’re not out hunting other supes that is.

The third season offered a much deeper look at their relationship. Both of them have to confront their past demons, coming to terms with the horrifying acts of violence they committed in the name of others and both vowing never to be used as a tool again. 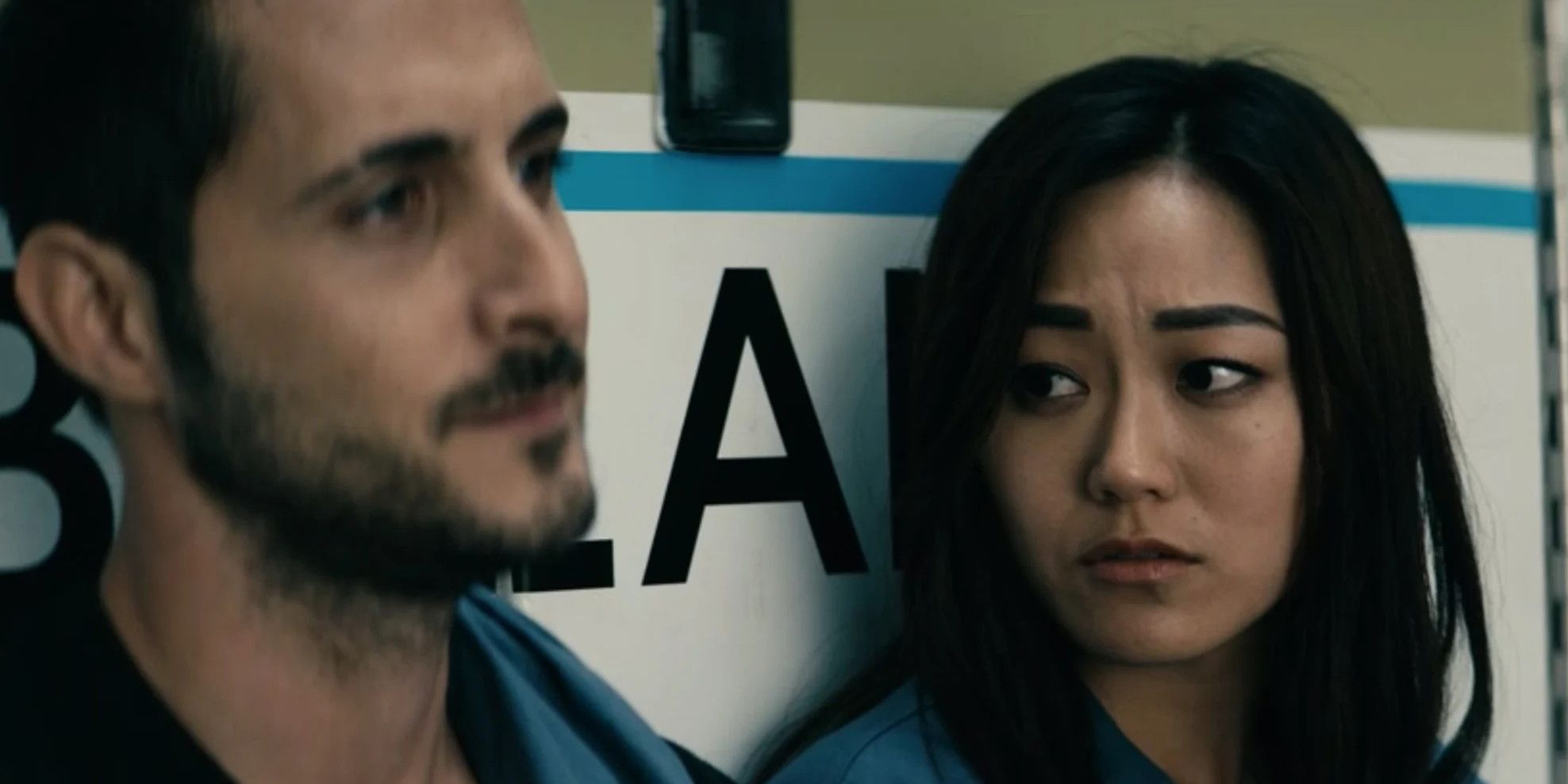 Kimiko has her superpowers sapped from her by Soldier Boy’s radiation blast, and Frenchie desperately tries not to fall back in with his old boss and mistress, Nina. For the briefest of times, the two seem happy, cuddled up in a hospital bed and watching old musicals together. We finally hear Kimiko speak, sing, even! Albeit it’s only in a dream sequence, it shows she’s slowly overcoming the horrors of her past that left her mute. She comments on how she can finally feel his arms properly, as before she had to use a light touch to make sure she didn’t harm him. She kisses him, elated that she’s human again, no longer a weapon.

Unfortunately, any happiness in the world of The Boys has to be short-lived, and Frenchie, his ex Cherie, and Kimiko all get captured by Nina. They just about manage to escape, but Kimiko realises that she can’t protect the ones she loves without her powers. Instead of being a tool, a blunt instrument for somebody else to wield, she chooses to take more Compound V so that she can use them for her found family. It’s a decision Frenchie can’t understand at first, but once Kimiko explains that it’s about her right to choose – an important issue given the recent rollback on abortion rights in the States – he accepts her decision. 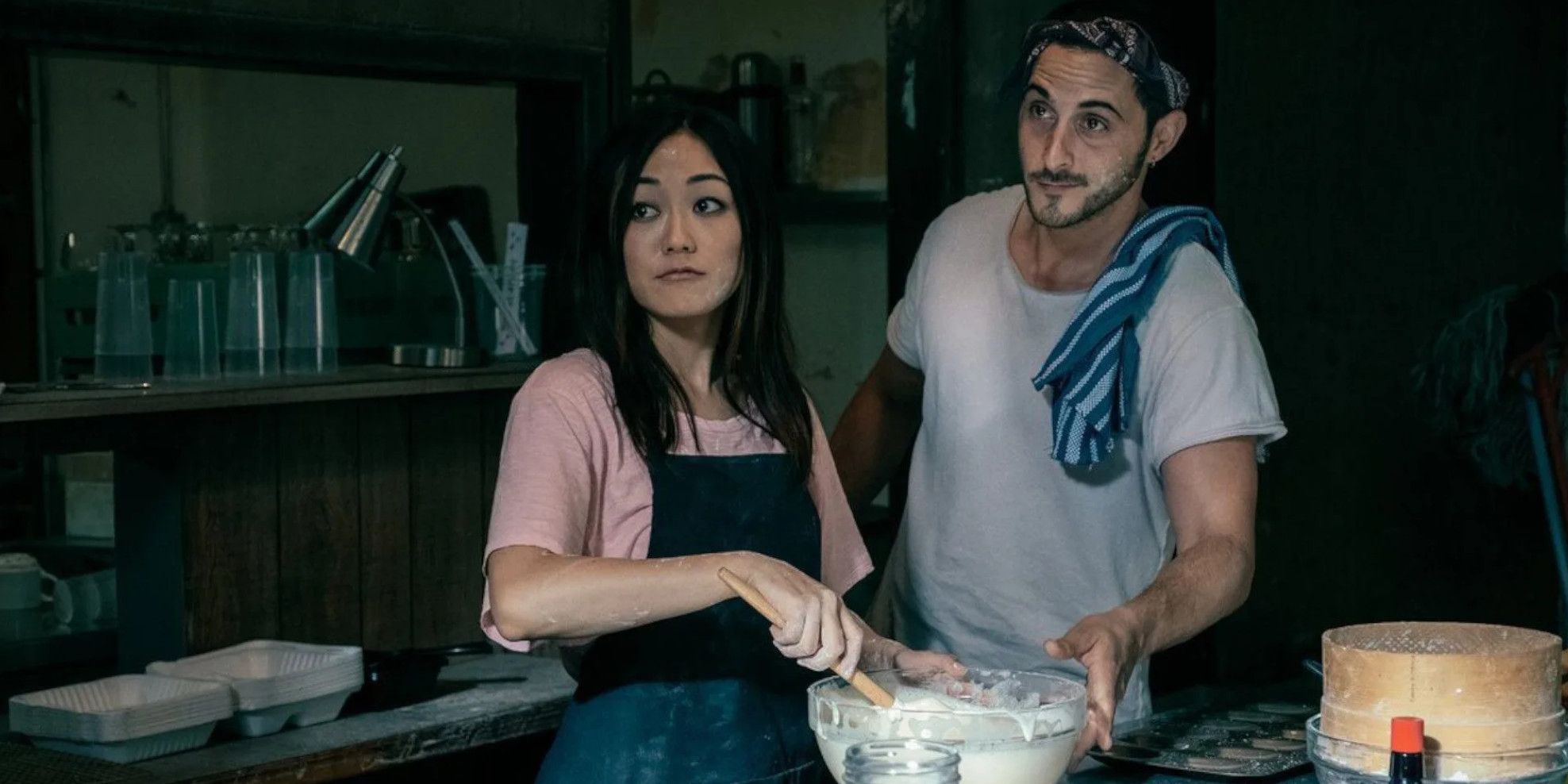 The events of the season make Frenchie fall into a drug spiral, ashamed of the hold people like Nina and Butcher have over him. He’s ready to leave it all behind and start a new life with Kimiko in Marseilles, but he feels trapped. He says, “My father put this chain around my neck and all that changes is who holds it.” But, in the final episode, he’s able to stand up to Butcher. He tells him he won’t simply do as ordered anymore, and The Boys will now be a democracy. It’s all very French of him.

As well as both of them developing as individuals, I love the way their relationship with each other progresses. This is one of the few times I’ve seen this kind of friendship remain platonic. Frenchie and Kimiko talk about their kiss, and agree that it didn’t feel weird because it was a bad kiss, or because they don’t love each other, but it’s familial love, not romantic. So often, heteronormative coupling is placed on a pedestal as the pinnacle of relationships, but friendships and brother/sisterhood are powerful bonds, too, and I commend The Boys for recognising that. 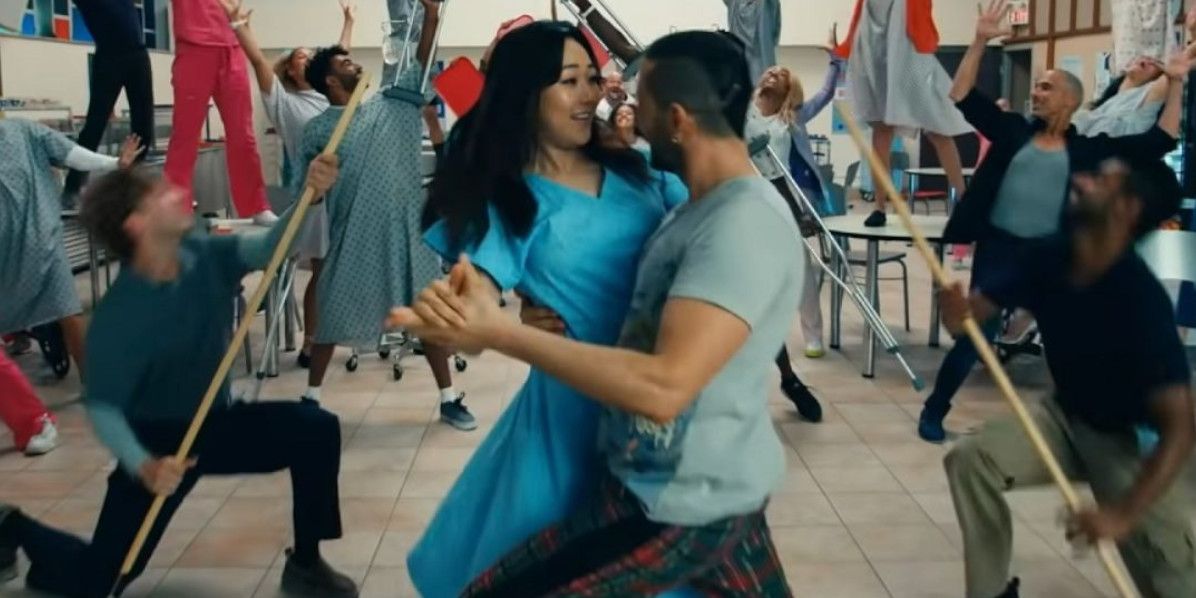 My only criticism is the way Kimiko embodies the silent Asian trope. I hope that season four works to undo the damage, as seasons two and three have already started to do. Her use of sign language in season two and singing in season three shows the series is gradually moving away from it, but a complete break is necessary. Hopefully, since she’s recovered from her past she’ll start to talk properly in future episodes.

This is the only relationship in the show I care about, which I know is just asking for trouble in a series as miserable as The Boys. They didn’t die this season, but also, their happy ending has been spoken about so much that it’s practically a rule of film and TV that they now won’t get it. Kimoko and Frenchie have been a warm light in the show's darker moments, and I just want them to get the happy ending they deserve, even if it breaks all the rules.