League of Legends is a MOBA that has five separate roles, all of which are vital in a strong team. The bottom lane requires both an ADC (Attack-Damage Carry) and a Support. However, players can fall into the trap of playing the most used ADC champions while ignoring valid under-utilized champions.

Although the meta is forever changing, several ADC Champions continue to float above the champion pool. With many ADC Champs having such stark differences, it can provide a breath of fresh air while also catching the opposing bot-lane off-guard, as they would have little practice against these Champions. 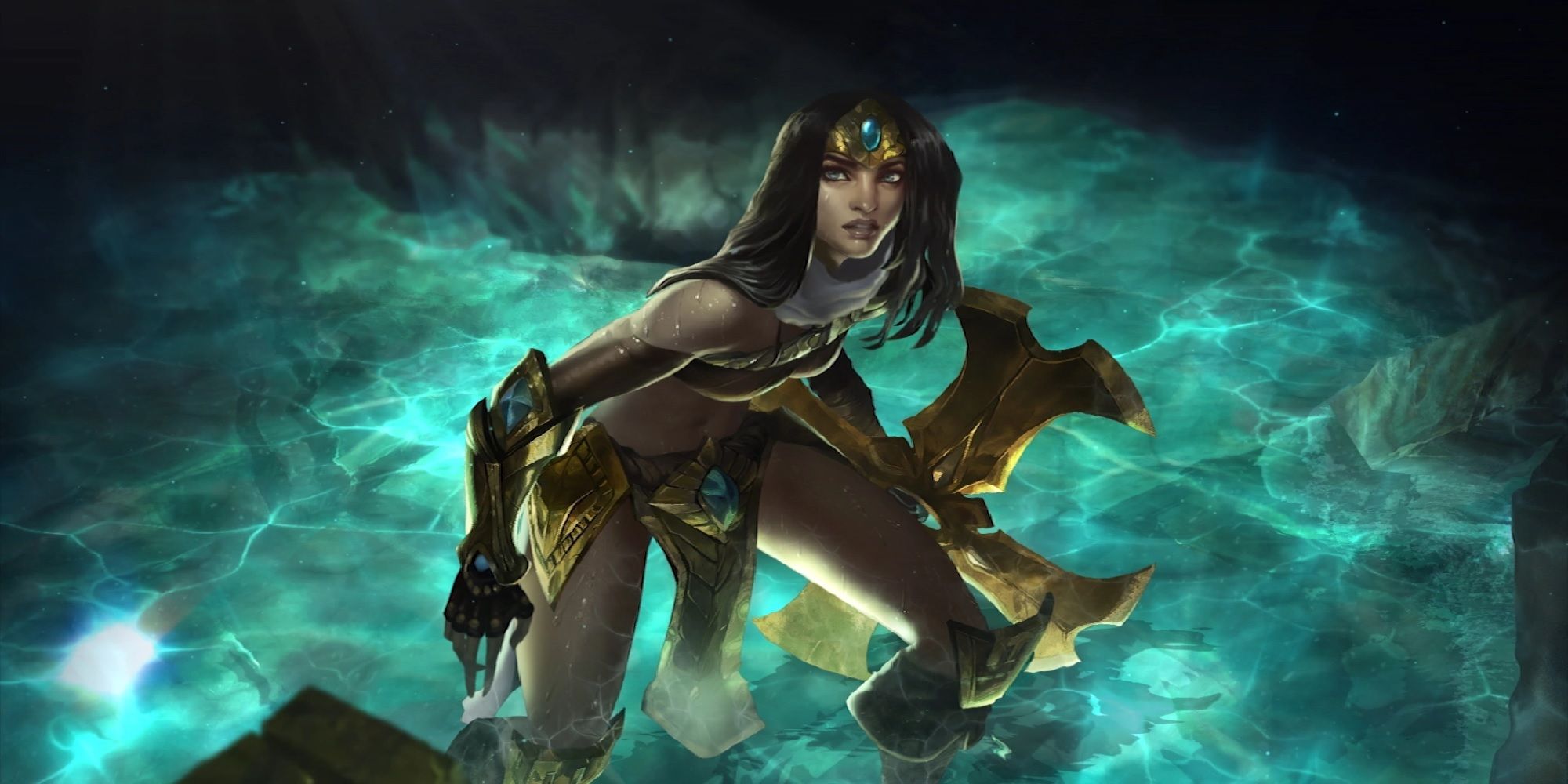 Despite having a relatively basic kit, Sivir is both incredibly strong and underused. With one of the coolest weapons in League, Sivir's power in the lane, farming, and team-play make her a threat for both the early and the late game.

Her offensive ability, Boomerang Blade, is perfect for poking and getting last hits. Her defensive ability, Spell Shield, counters any enemy supports. Most importantly, her Richochet makes her a menace in late-game, as it not only helps farm but can shred enemy backlines. Finally, her ultimate, On The Hunt, can help confirm any kills that may be getting away. 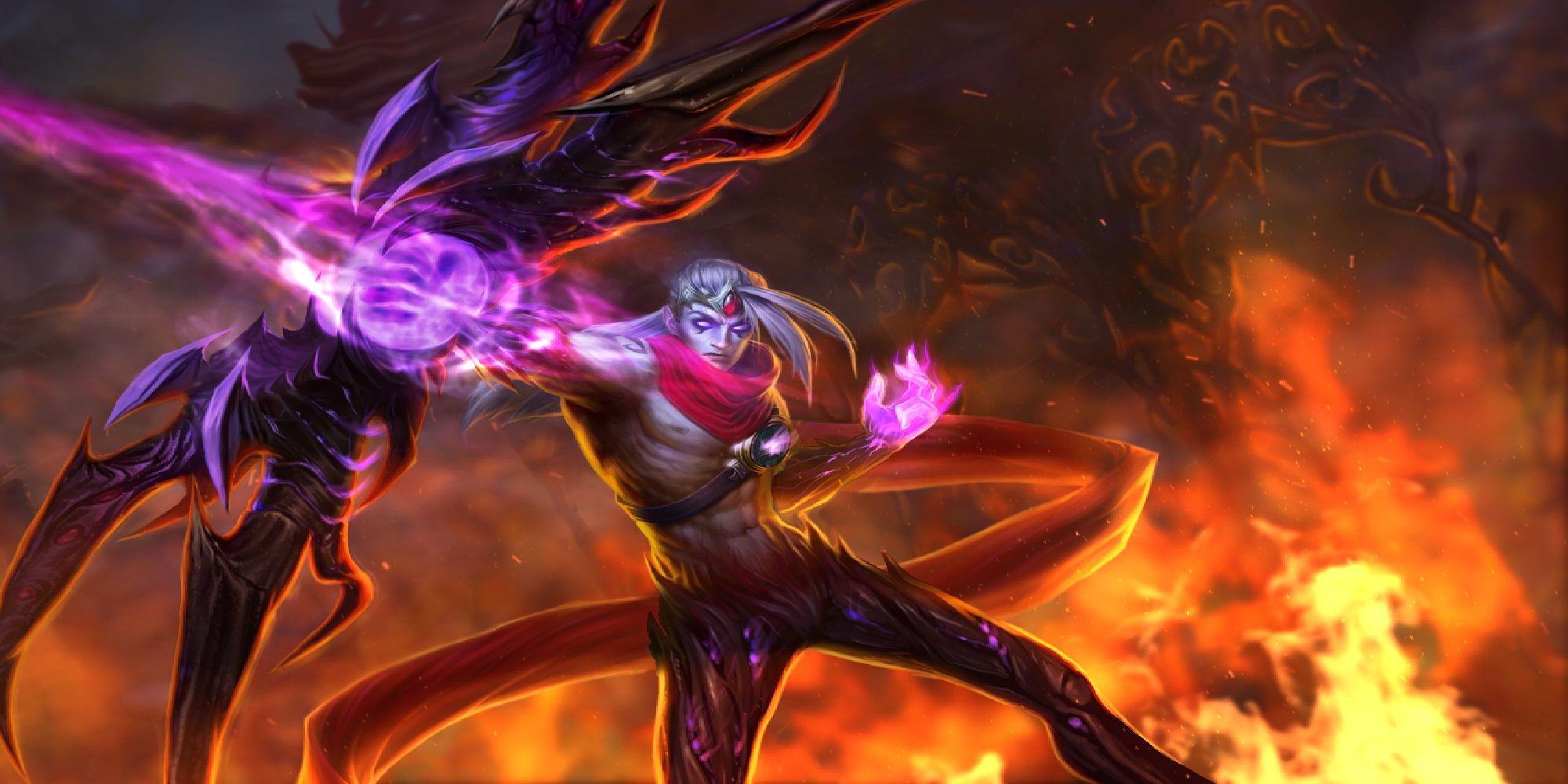 Although Lethality Varus made a brief appearance at the start and end of Season 10, Varus remains an incredibly underused ADC that can become a tour de force in any game. His abilities to space, poke, and hard crowd control make him a threat in both the lane and team fights.

Although Lethality Varus is still viable, Varus' Piercing Arrow is a brutal poke tool to harass and pressure the opposing bot lane. Varus is also incredibly strong in team fights due to his Blighted Quiver, which can make for rampant damage, and his Hail of Arrows slows enemies while also inflicting grievous wounds. Varus' ultimate, Chain of Corruption, can cause havoc in both team fights and early-game due to its hard crowd control. 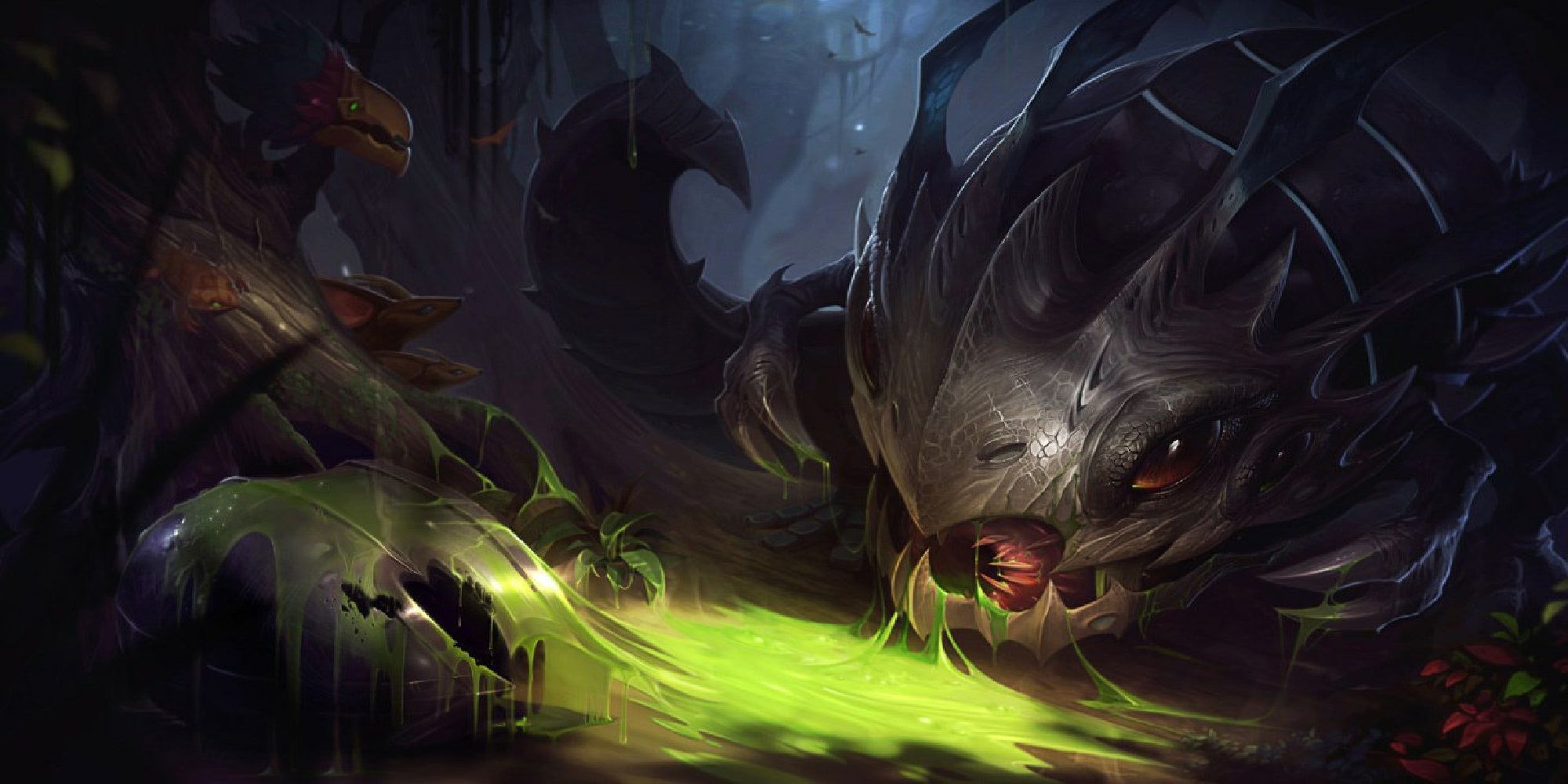 One of the rarer types of ADC to find, Kog'Maw implements both features of AD and AP damage to make for an oppressive hyper-carry after an initial phase of snow-balling. Kog'Maw can provide strong poke damage but does rely on strong support as his lane phase can often be a difficult start.

Kog'Maw shreds through enemy armor and magic resistance with his Caustic Spittle, making him feel incredibly powerful (especially in late-game). It also couples perfectly with Kog'Maw's basic attack empowerment, Bio-Arcane Barrage. His Void Ooze is perfect to use in lane, as it can guarantee a kill, while his ultimate Living Artillery can become one of the strongest abilities to poke in and out of skirmishes. 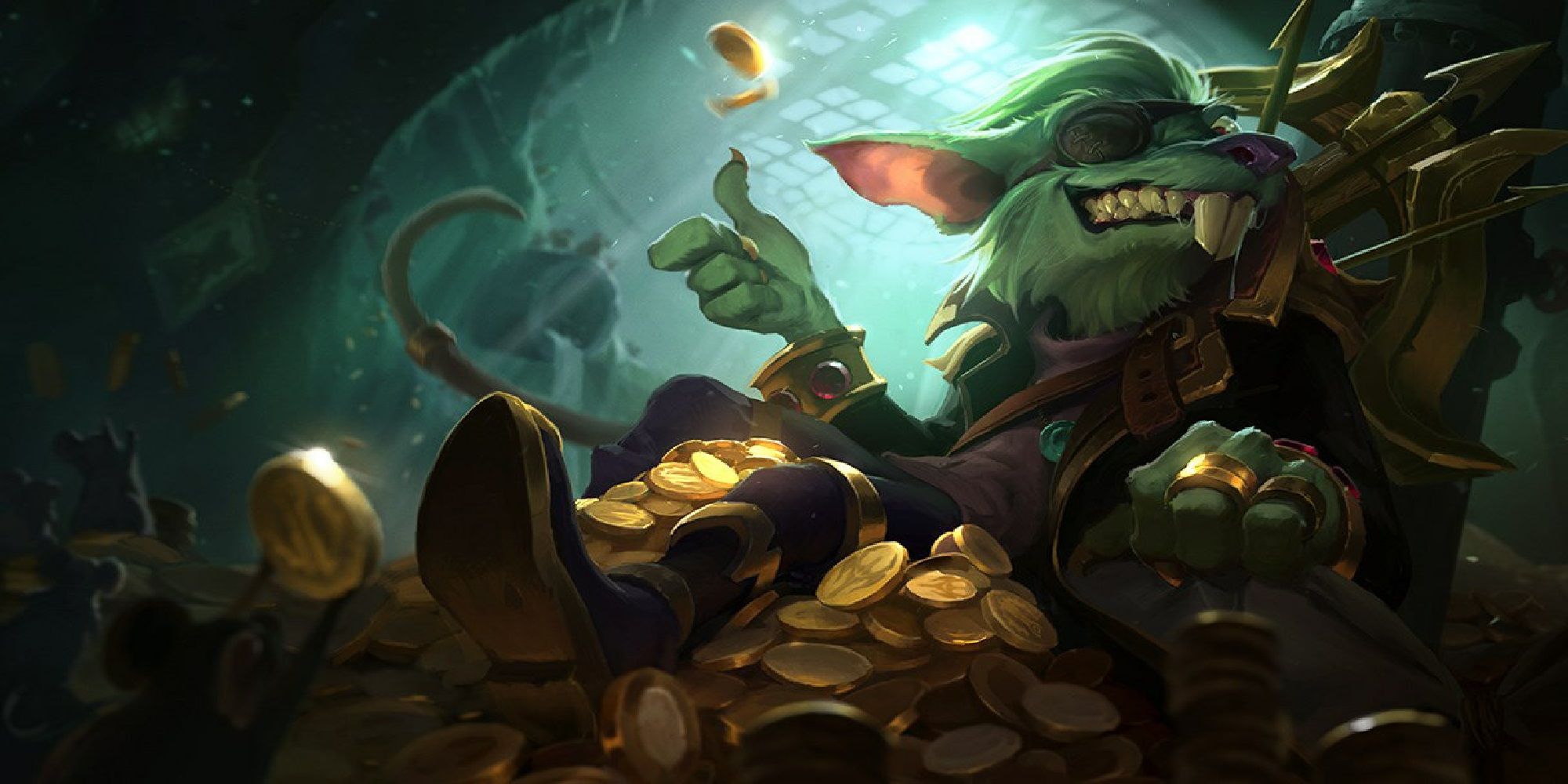 Although one of the weaker ADCs, Twitch is both fun and innovative in his design. Although many will often choose to go the AP route, focusing on a burst of absurd damage, the AD route is undeniably fun and underrated. However, it's incredibly challenging for less seasoned players.

Twitch's ability to invade friendly lanes and enemy jungles with his Ambush (which increases his attack speed on reveal) can provide an additional source for XP and Gold. Twitch's area of effect, Venom Cask, is able to slow and rack up stacks of poison. It can be activated with his Contaminate, resulting in a burst of damage. Twitch's ultimate, Spray and Pray, pierces enemies with an increased attack range, resulting in major damage. 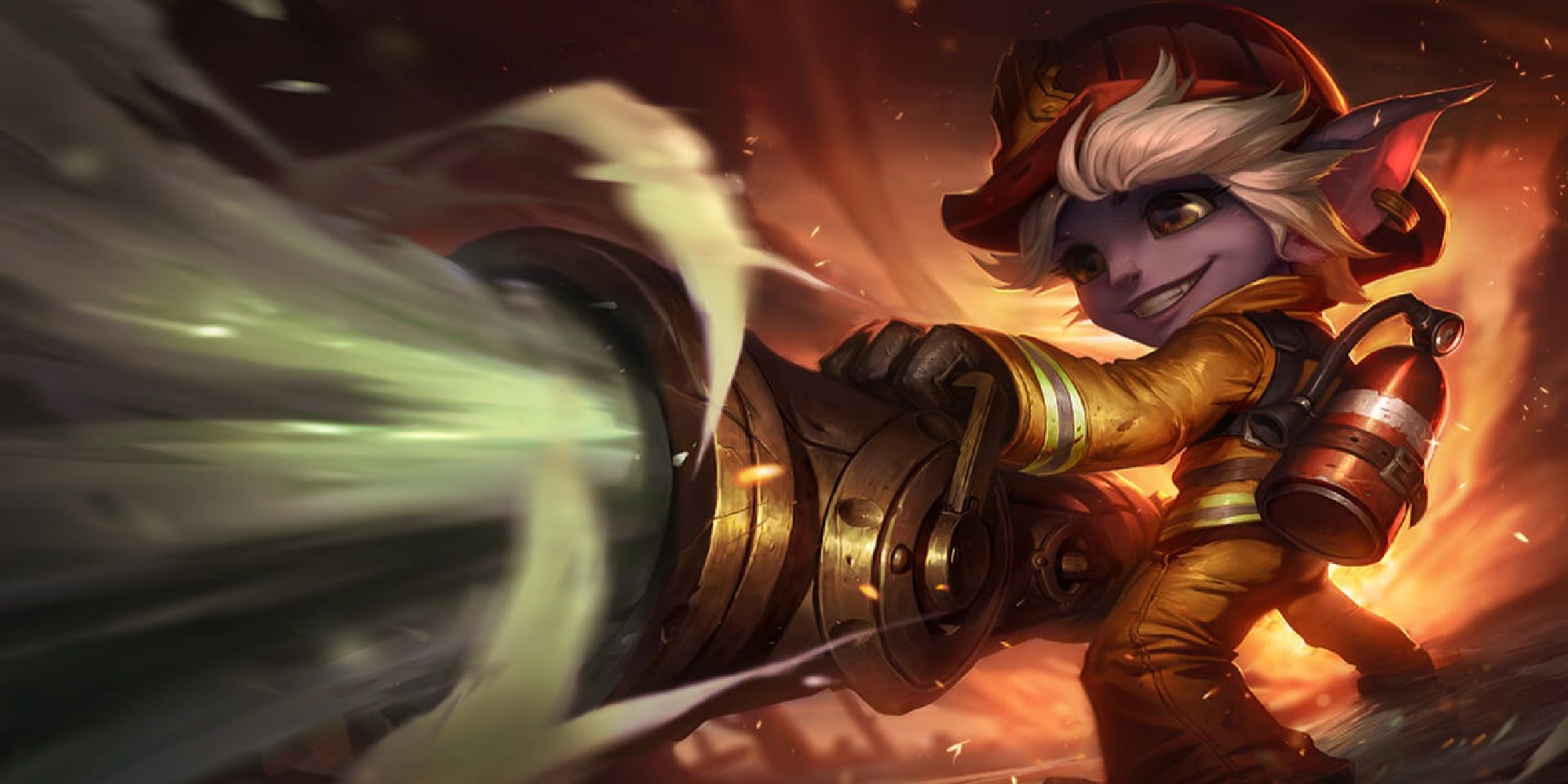 Although Tristana often falls in and out of the Meta, she has yet to consistently stay in either. Tristana's ability to hop around kill-after-kill can make for some hilarious moments in the bottom lane, and her massive damage output alongside her high mobility makes her one of the more fun underrated Champions.

Although Tristana is strong at farming, her passive, Draw a Bead, provides incredibly strong gold accumulation when coupled with her Rapid Fire ability to increase her attack speed. Her Rocket Jump ability gives a fantastic escape or engage while also resetting on each kill. It pairs well with her ultimate, Explosive Charge, and is fantastic for major damage. 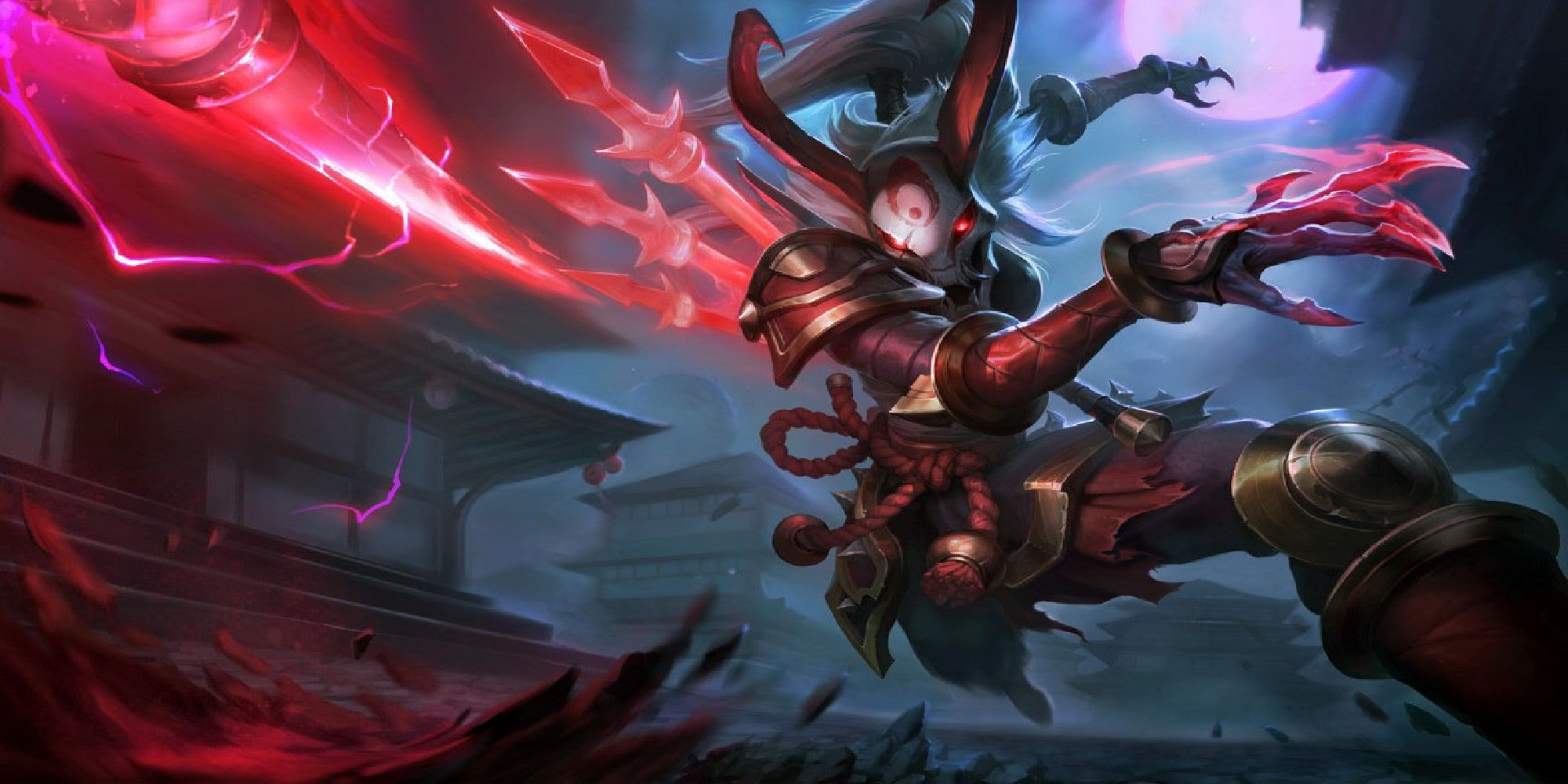 Arguably one of the most unique ADC champions that you can play, Kalista is all about stacking up spears with her basic attacks and detonating them for major damage and a great reset. Her high mobility and very high skill cap make her scary for the new player and a nightmare for the old.

After each basic attack, Kalista jumps in any direction while also stacking her spears on a target — they're detonatable with Rend. Her poke ability, Pierce, can provide a strong engage and an effective way to stack up spears. However, she can also place Sentinel to look out for ganks or inspect bushes. Her ultimate is a perfect tool for your classic tank support, as it provides an effective engage or disengage that manages to keep you safe.

4 Draven – Welcome To The League of Draven 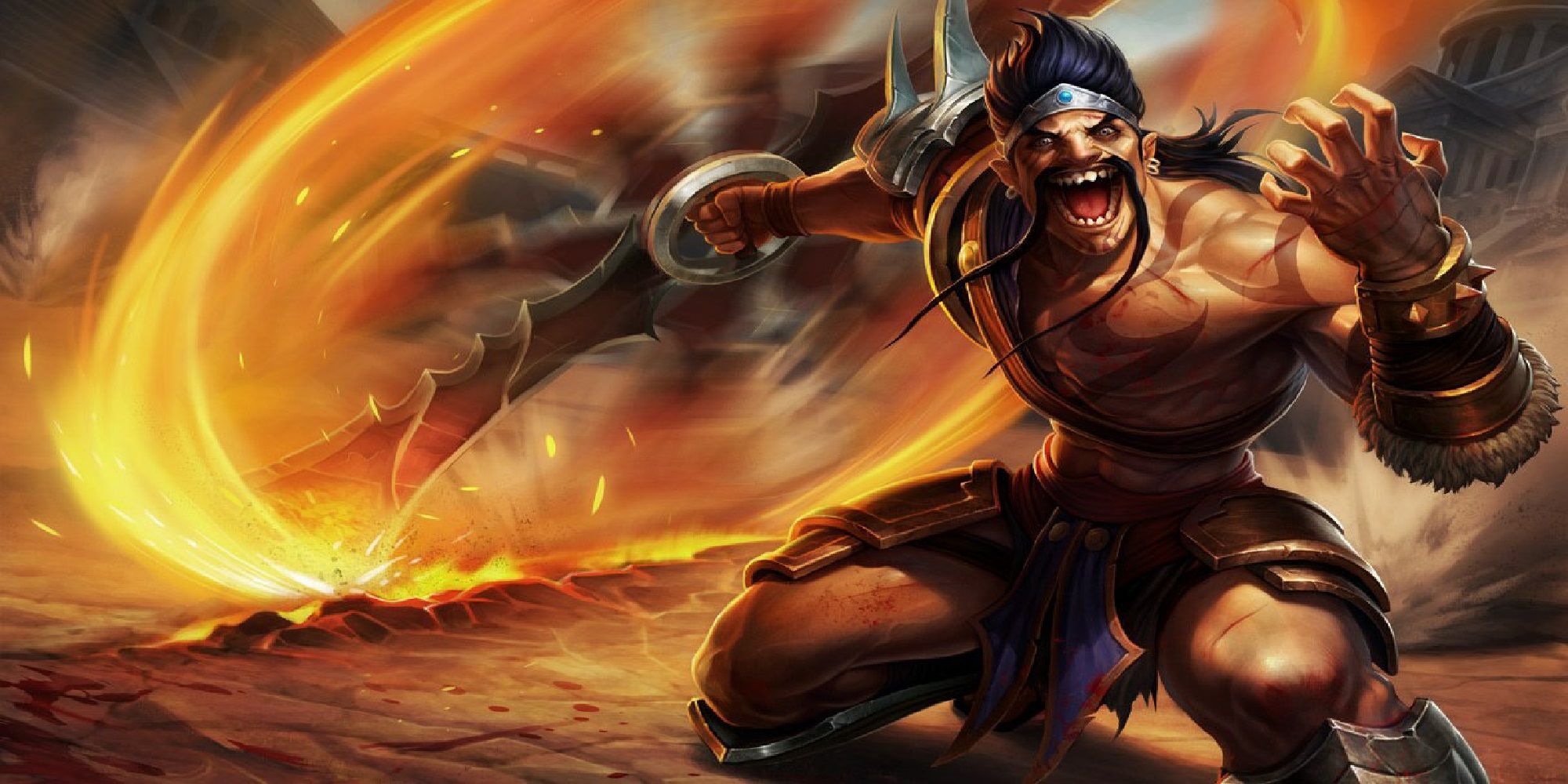 Definitely one of the most fun and hilarious Champions, Draven is the ADC you pick when you want to have a blast. His massive damage output, high speed, global ultimate, and passive can make any player feel like they are ready to take on the world.

Draven's ability to scale quickly makes him a menace in the mid-game, as his Spinning Axe can become a very heavy-hitting ability. Although players have to catch each axe as it is falling, the use of Blood Rush can make catching them easier with increased attack and movement speed, while his Stand Aside ability can safeguard him. Draven's ultimate is one of the most fun abilities in the game because it is global, enabling you to snipe low-health enemies across the map.

3 Aphelios – Wait, He Has How Many Guns? 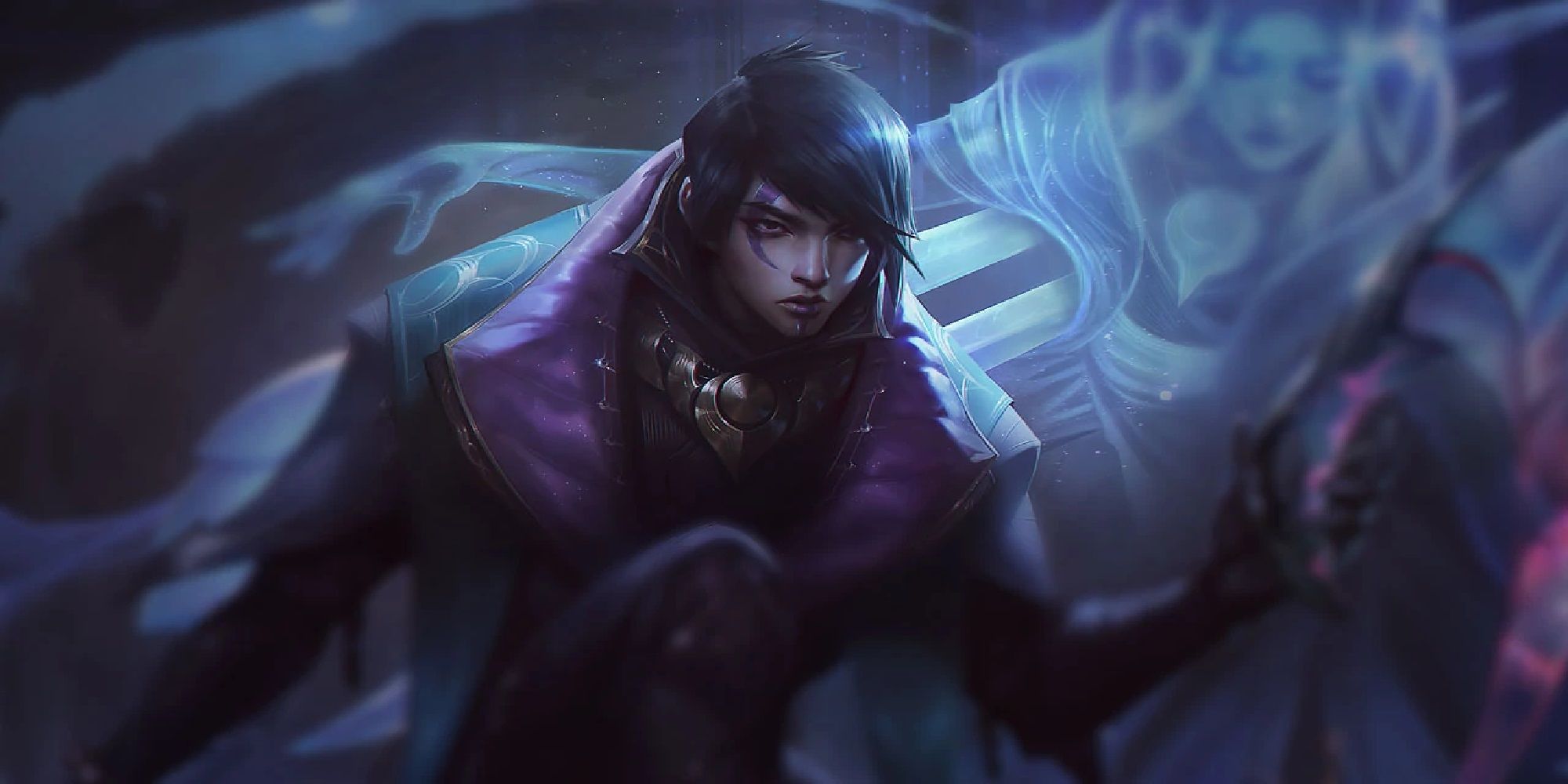 Although Aphelios was one of the scariest champions to see enter any game on release, he fell out of the meta after consistent nerfs. It might be his high-skill cap, confusing kit, or the fact he is nowhere near as strong as he once was, but Aphelios is a rare sight to see in any game these days.

Apelios' abilities depend on his current weapon. Calibrum (a long-range weapon) can provide a sniper shot, Severum (a set of pistols) can provide a high attack speed life-steal, Gravitum (A cannon) can slow and snare enemies, Infernum (a flamethrower) can provide an area of effect damaging flame, and Crescendum (a Chakram) can ricochet between targets and turn into a turret. His ultimate, Moonlight Vigil, provides a high damaging area of effect that gives the current weapon's effects to any targets hit.

2 Miss Fortune – Luck Is On Your Side 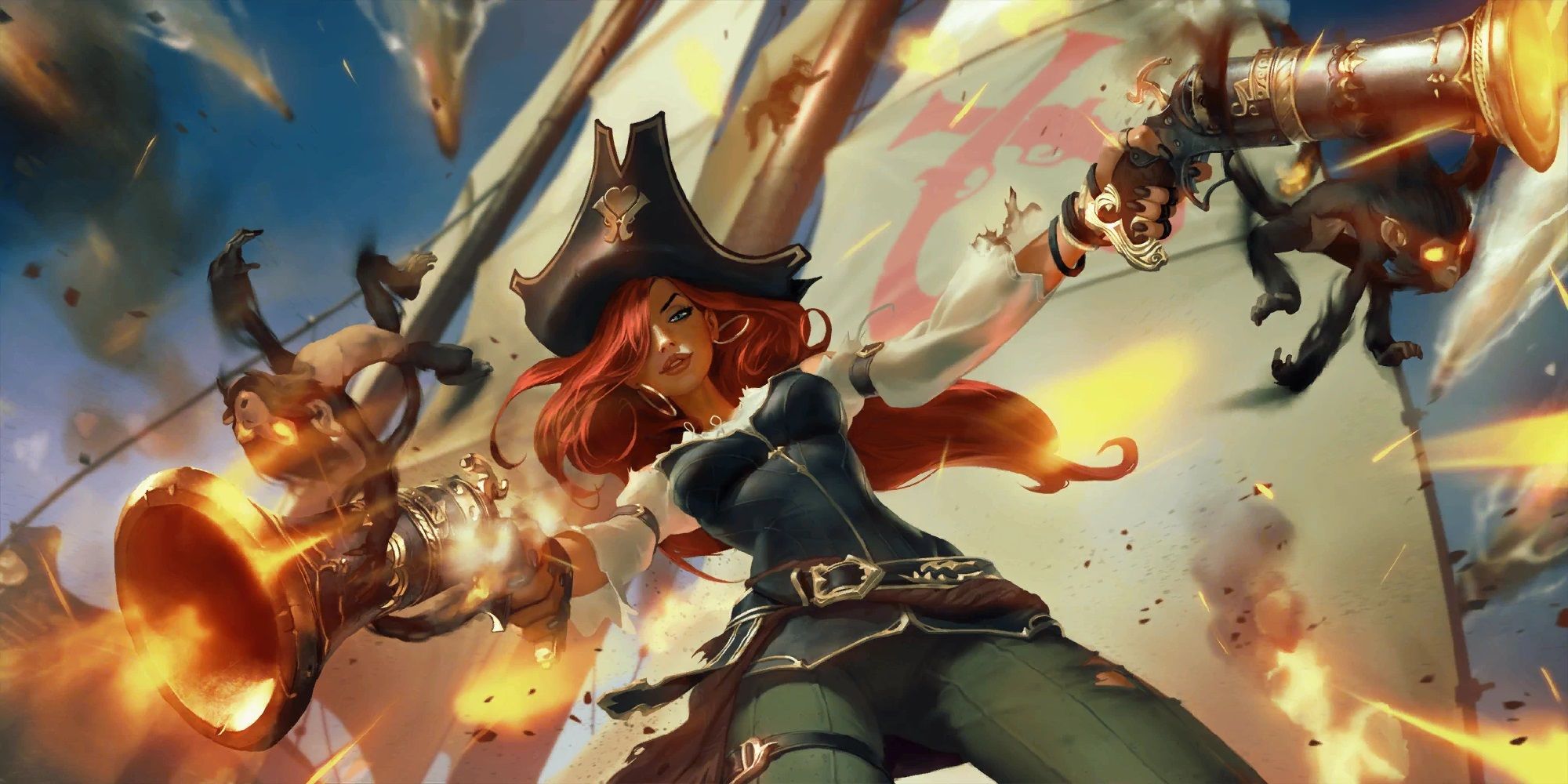 Although she's one of the most underused ADCs, Miss Fortune's massive damage output makes her one of the most fun picks you can play. She can provide huge damage during the lane phase, while her ultimate can easily score her a pentakill.

Miss Fortune's Double Up is able to do rampant damage to any enemies who stand too close to minions, while after major damage she can easily chase down a kill. Her Strut ability (an increase in movement and attack speed) coupled with Make It Rain (an area of effect slowing ability) can guarantee a kill. Her ultimate, Bullet Time, provides a huge barrage of bullets that can shred any enemies in her way.

1 Xayah – Birds Of A Feather 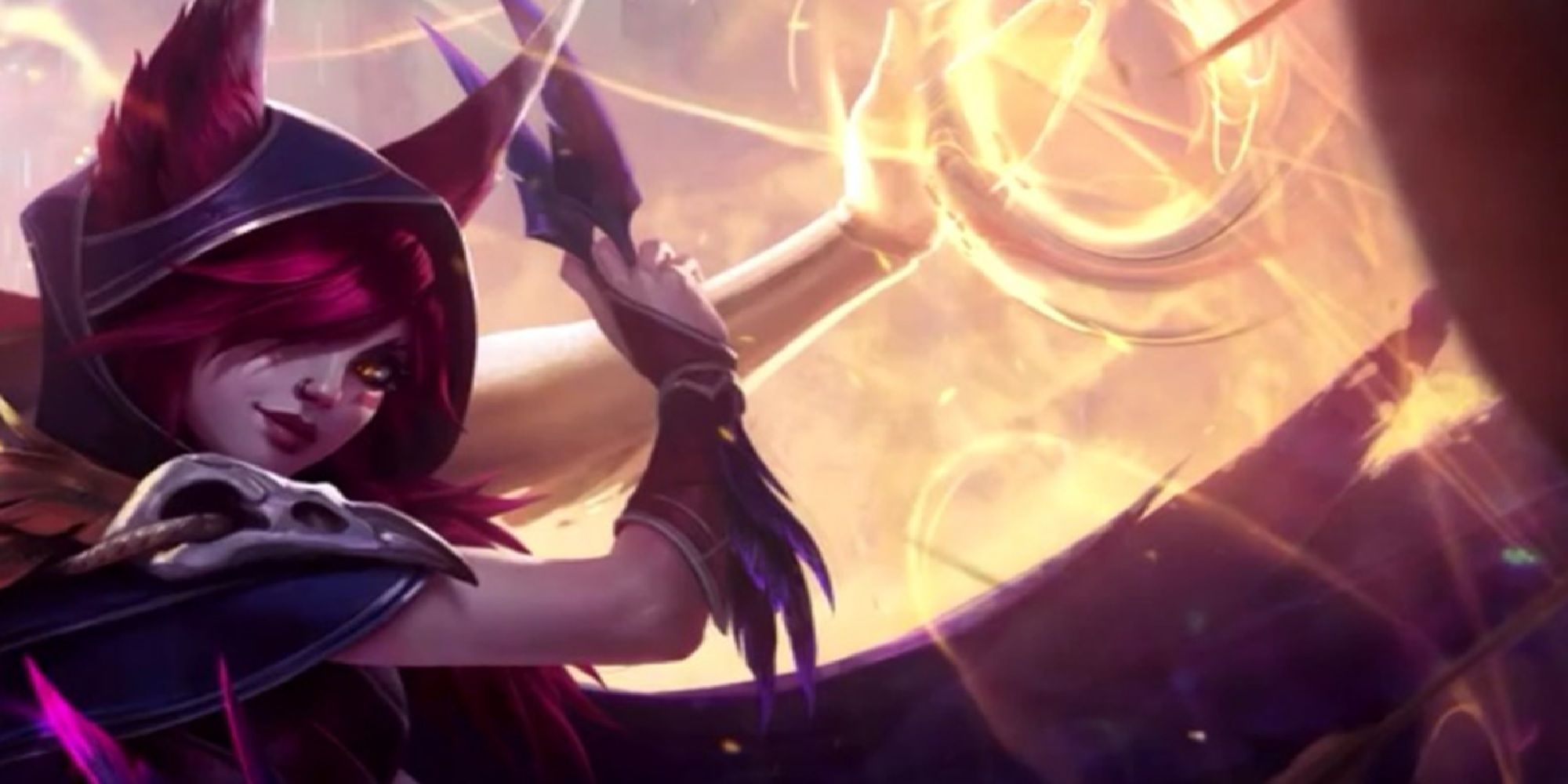 Despite having one of the most unique passives in the entire game, Xayah remains one of the rarest ADCs to see in most games. Overall her strong kit and innovative design make her a strong carry for the early and late game.

Xayah's Double Daggers can pierce through enemies while leaving behind several feathers, and it couples perfectly with her Deadly Plumage — which increases her attack speed while producing several feathers. These feathers can be called back with Bladecaller, which can produce huge damage and crowd control based on the number of feathers you hit enemies with. However, her ultimate, Featherstorm, provides a huge safety net and some major damage. She's perfect for newer players.