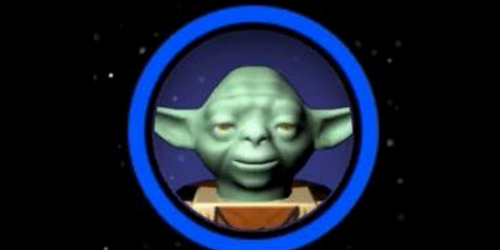 The Lego Star Wars games have been memed a ton since their original release, but nowhere is that more apparent than with some of the death noises. Whether it's young Anakin's weird scream or the overly enthusiastic grunt of the Bespin Guard, Lego fans have been having a ton of fun over the years thanks to the death noises.

The most popular of these is by far Yoda's, which comes from his battle with Count Dooku in Episode Two and has him screaming like an animal. Considering its popularity, fans were hoping that it would make a comeback in the Skywalker Saga as some kind of easter egg, but they've been left cold as it's been completely replaced.

In the Skywalker Saga, Yoda's death noise has been changed to be much more laid back and less of a meme, which has disappointed a few fans. Comparison videos of the two sounds have already been posted online, and they're full of comments like, "Ok, I think Elden Ring wins game of the year then. Missed opportunity."

To make matters worse, TT Games once made a direct reference to the Yoda noise being in the game, which seems to have fallen through. The official Twitter account shared a popular Change.org petition that asked the team to put the old noise in, and said that if it reached 20,000 votes then it'd be included in the game.

That petition currently stands at 26,000 votes, but the death noise seems to be completely missing from the game. Considering it only just released, there's a chance it's in there somewhere as an easter egg, but so far it seems to have been missed out.

Yoda's death noise being replaced probably shouldn't have come as too much of a surprise considering it was also changed in Lego Star Wars 3: The Clone Wars, but it's still a shame that it's not made a comeback here.