Well-funded mobility startup Lime has announced a new weekly subscription plan that gives users unlimited unlocks for electric scooters and bikes. LimePass, as the subscription is called, has been offered as part of a beta-test in a handful of U.S. cities since March — from today it’s rolling out across the U.S., Australia, and New Zealand, with more countries planned for early January.

While LimePass will enable regular Lime users to save some money, the launch comes as countless VC-backed electric scooter startups proliferate cities around the world. In the past two months alone, Santa Monica-based Bird raised $275 million at a $2.5 billion valuation, Berlin-based Tier Mobility raised $60 million, Sweden’s Voi nabbed $85 million, and Superpedestrian secured $20 million. In other words, competition is hot, and it’s against that backdrop that Lime is launching LimePass as it looks to encourage riders to lock themselves in to its service.

Costing $4.99 per week in most U.S. cities, LimePass will save users the typical $1 unlock fee, meaning that the weekly subscription will pay for itself after five rides. To activate LimePass, tap the menu icon in the top-left hand corner and then follow the prompts. For now, LimePass doesn’t renew automatically, so the user will have to manually pay through the app each week — and it’s worth noting here that riders still have to pay the usage charge, which costs around $0.15 per minute. 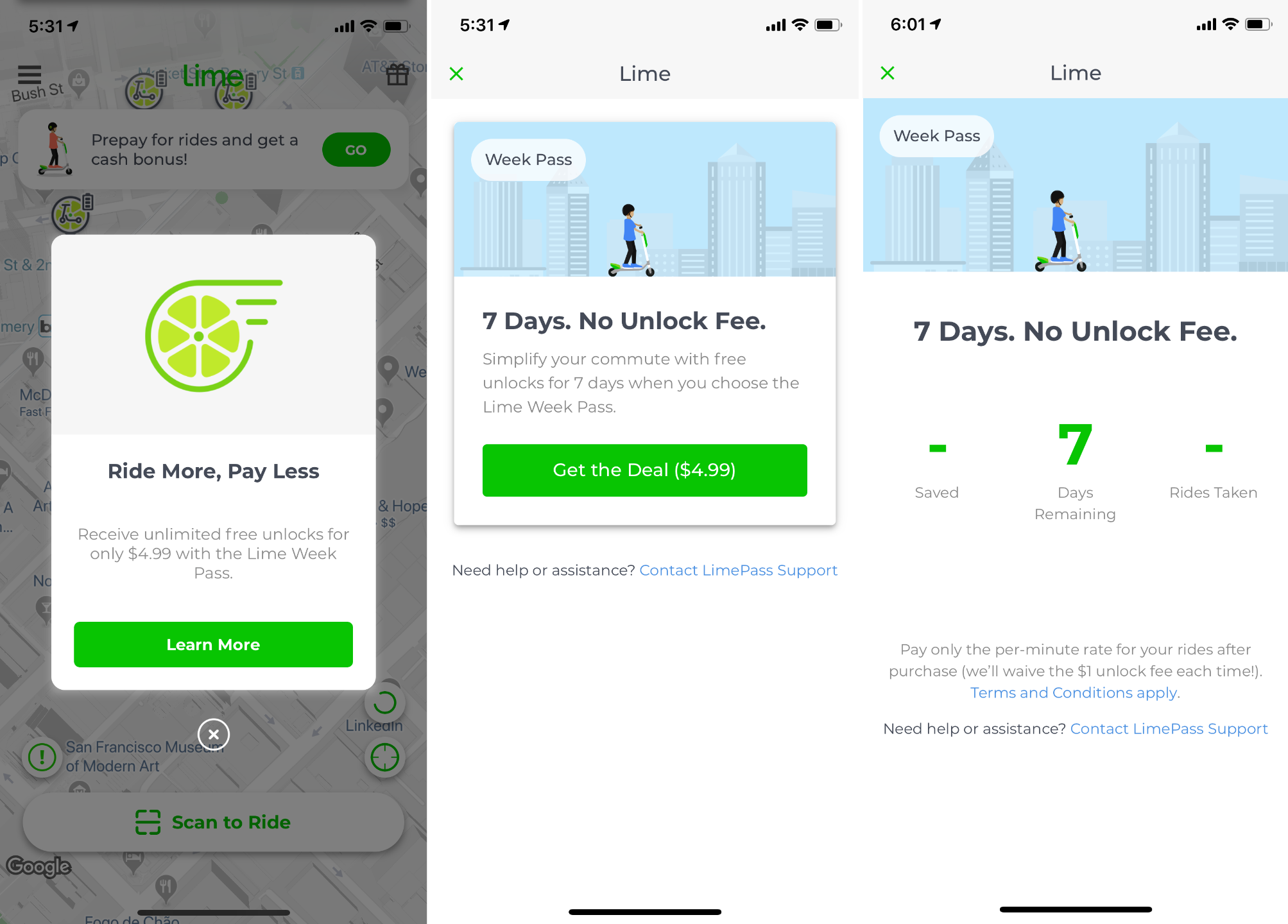 San Mateo-based Lime, which recently raised a whopping $310 million at a $2.4 billion valuation and claims big-name backers such as Uber and Alphabet’s GV, is among the first of the micromobility companies to offer a weekly subscription service. But subscriptions in general are a growing trend across the urban mobility spectrum, with both Lyft and Uber now offering monthly passes. In fact, Uber is currently trialing a all-in-one subscription covering car-hailing, food delivery, and bike / scooter rides.