Little Noah: Scion Of Paradise is an Action RPG Platformer game where you take control of an alchemist and meet a reliable guide at the start of your journey. Battle through multiple enemies and go deeper within the ruins to find new secrets about the place you're in.

At the same time, you can repair your Airship to receive bountiful benefits. With multiple Avatars and many Lilliput to choose from to aid you in battle, the game is fast-paced, ever-changing, and dynamic.

The Game Only Supports Controller 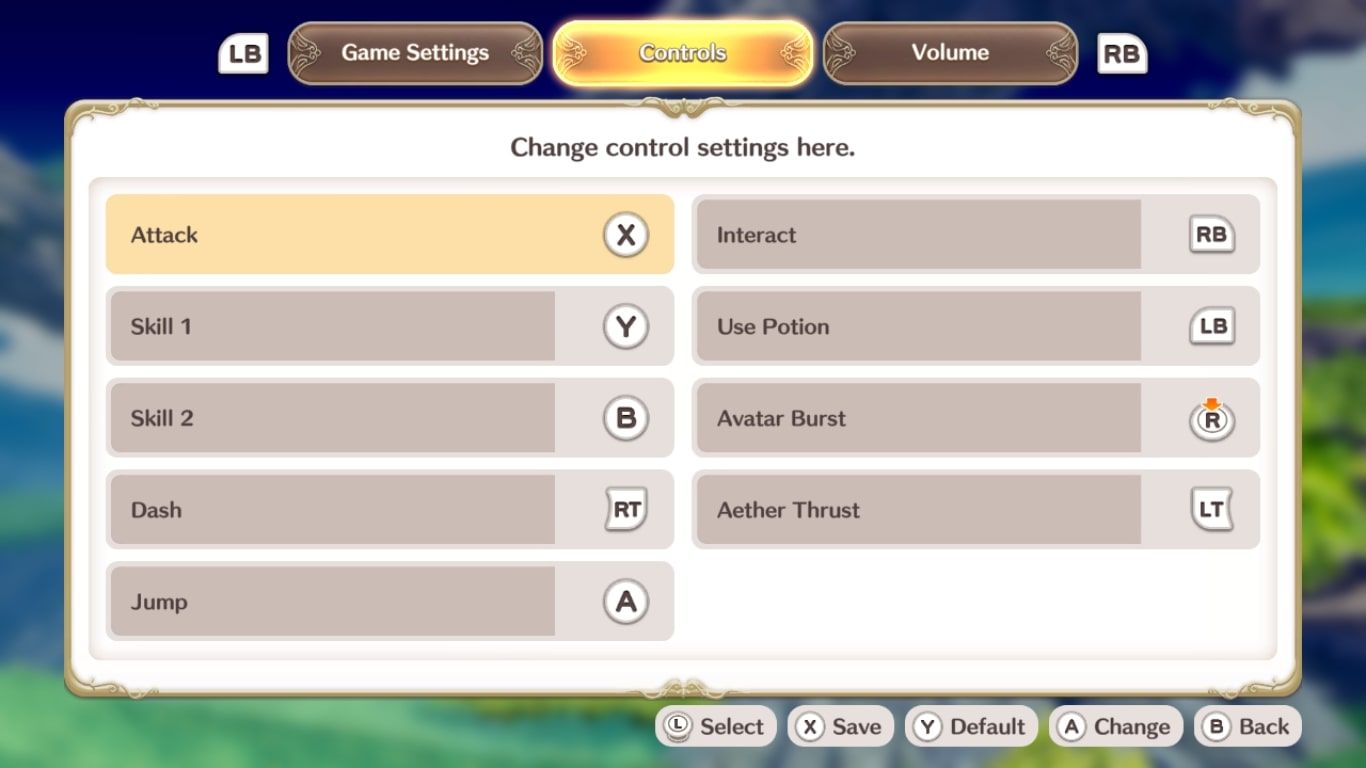 While the game is available on PC through Steam, it doesn't actually support Keyboard and Mouse controls. This is mentioned on Steam as well before you head to the purchase screen.

At the moment, Little Noah can only be played through a controller, and it also feels like a game made for Controller-only given the way it's designed and how it works. The controls in the game feel very smooth and intuitive as well. They're extremely simple and easy to use and remember.

Text Speed Can Be Adjusted 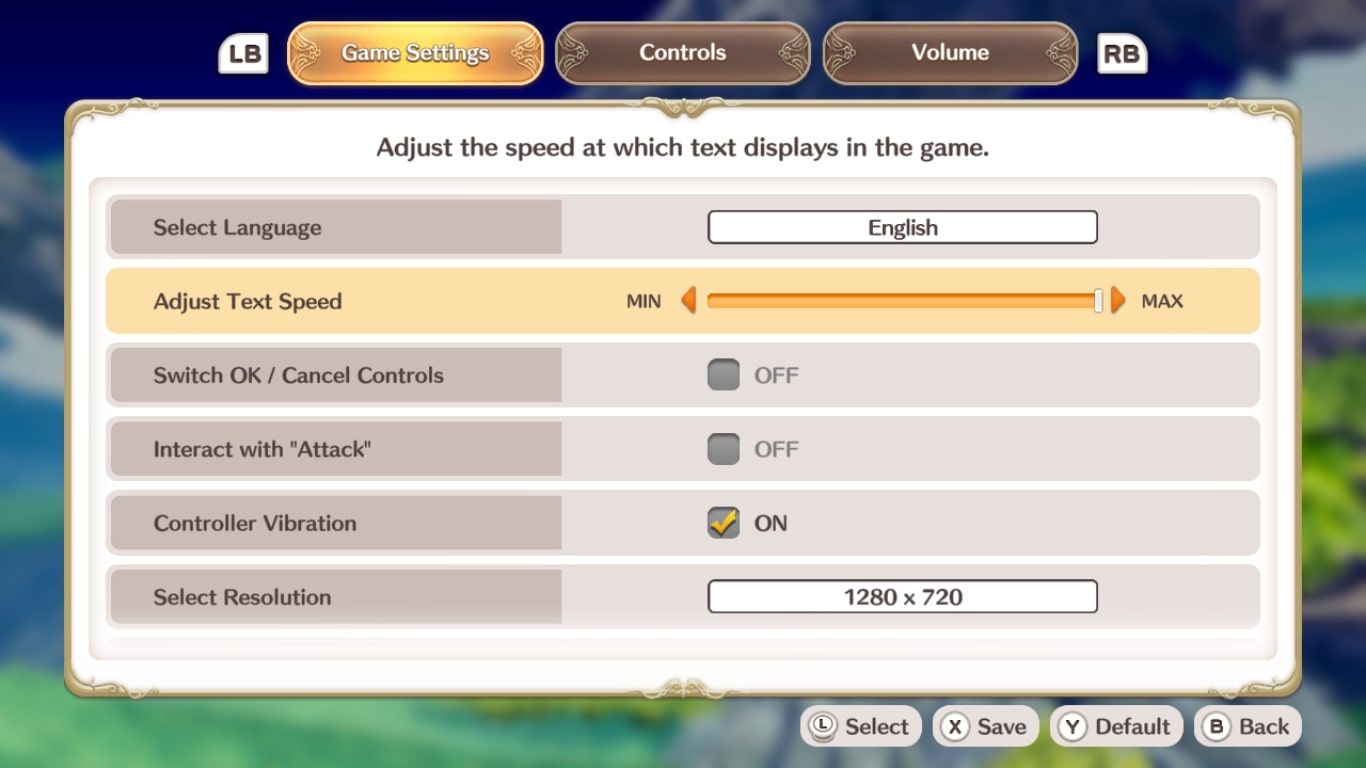 As you start the game, you will get an option to adjust the speed of your text. This is set in the middle of Minimum and Maximum speed by Default but after playing the game, it feels like this default setting is extremely slow, and you'll start using the skip key more often to make the text appear faster. Some dialogues in-game aren't entirely voiced either, so you can just be sitting there for a long time waiting for the text to show up completely.

The dialogues in the game aren't automatic, and you have to press a button for the next one to appear. As such, it is recommended to put this Setting on max. speed as you're not going to miss anything even if it is too fast. You can change this setting by heading over to Menu > Game Settings > Adjust Text Speed. 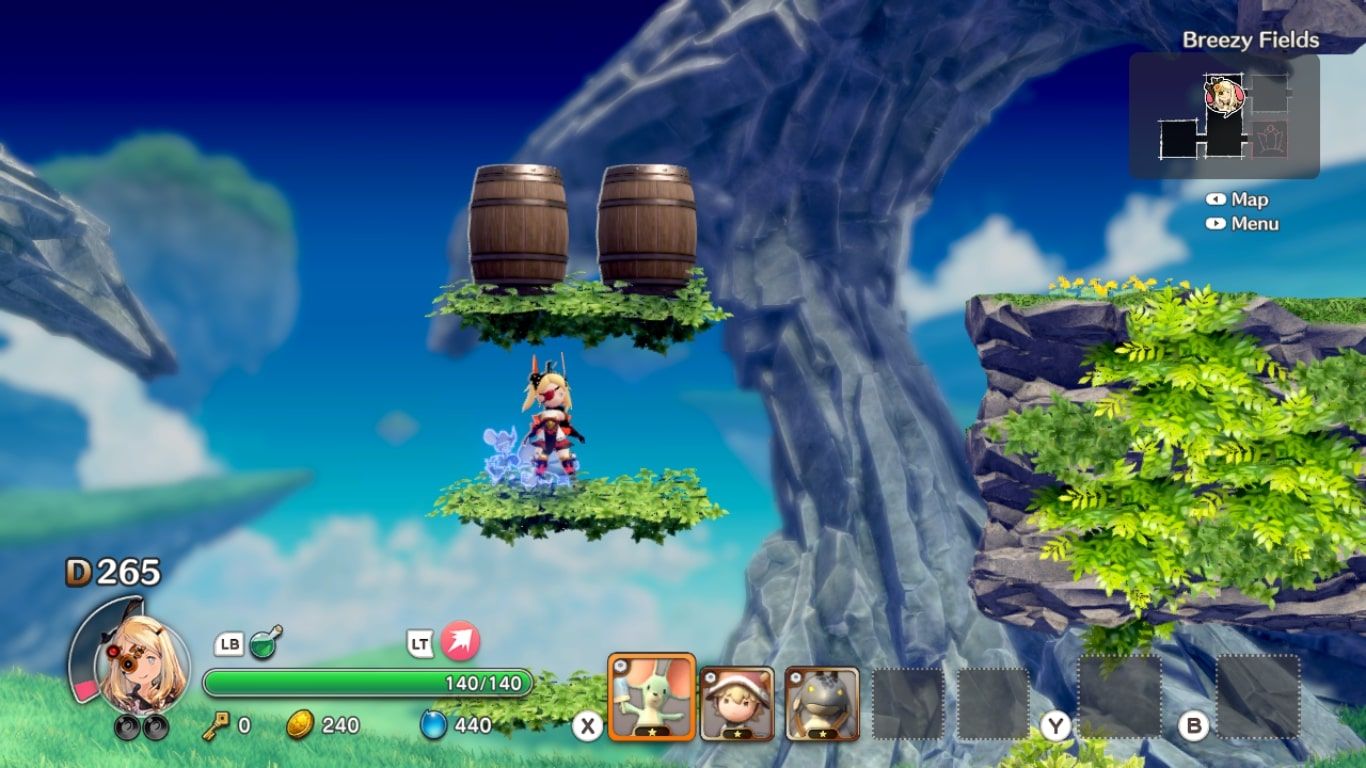 As you enter the Ruins, the first thing the game tells you is to defeat foes in a certain area to unlock a chest. But, there are also Barrels scattered across the ruins that can be destroyed by using a skill or just by normally attacking them once. These Barrels drop Gold which is required to buy various goodies in the shop, and they also have a chance of dropping Health Potions and some other items. Make sure you check every area in every room and clear out all the Barrels.

These Barrels are replaced by pots and other containers as you progress within the ruins, but you'll still be able to tell them apart, and they have the same valuable items within.

The Map Has Multiple Uses 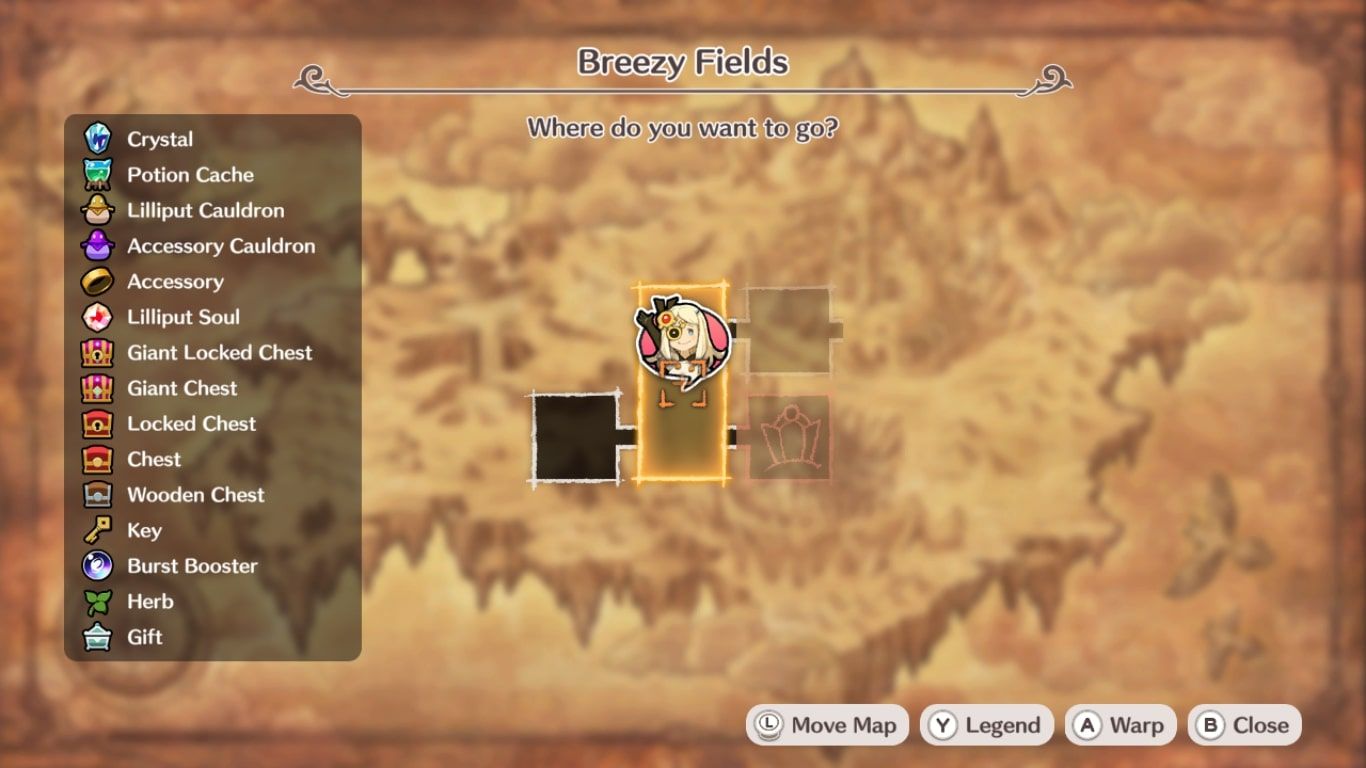 While you're inside ruins, you can access the map by pressing the Back button on your Controller. Here, you'll be able to see every room you've been to and the type of room it is, but there's more to this Map than just that. As you look into other rooms, you will sometimes see small icons at the bottom. These are the symbols of the items you've missed in the room. Sometimes, you can miss a gift or an accessory. This feature helps you avoid that.

Further, you can use the Warp mechanic to teleport to any of the rooms that you've already cleared at any point. This mechanic doesn't have a limit, and it doesn't consume anything important. It's just a good quality of life feature in the game.

The Game Is RNG Dependent 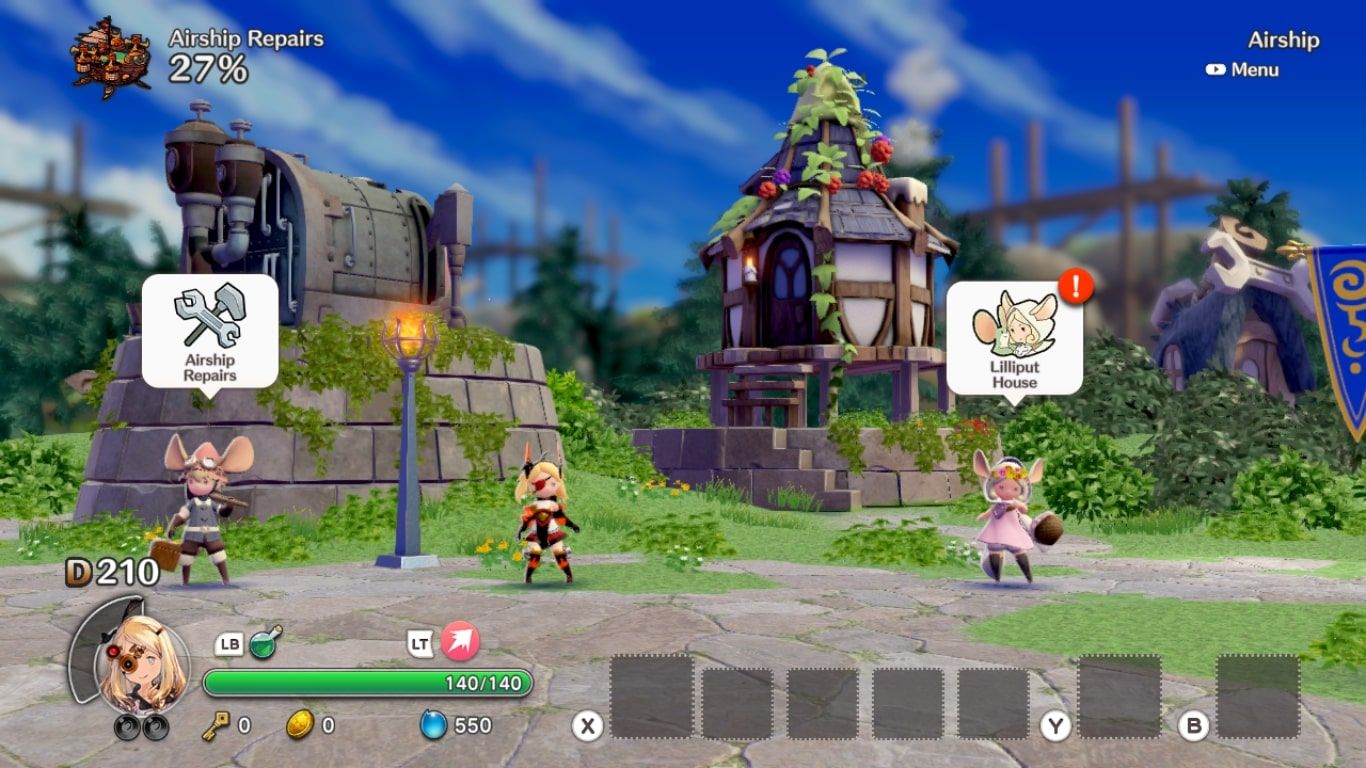 The Ruins in the game are kind of an endless fighting mechanic where you can go as deep as you please unless you're knocked down. Every time you get knocked down, you return to the Airship and lose all the Lilliput, Accessories, and Gold you obtained during a particular run. All of this is converted into Mana that can be used to repair your Airship.

The next time you head back to the Ruins, they will not be the same. The rooms and the enemies in the Ruins change every time you enter and there is even a chance to face different bosses. This prevents the game from being stale and repetitive. 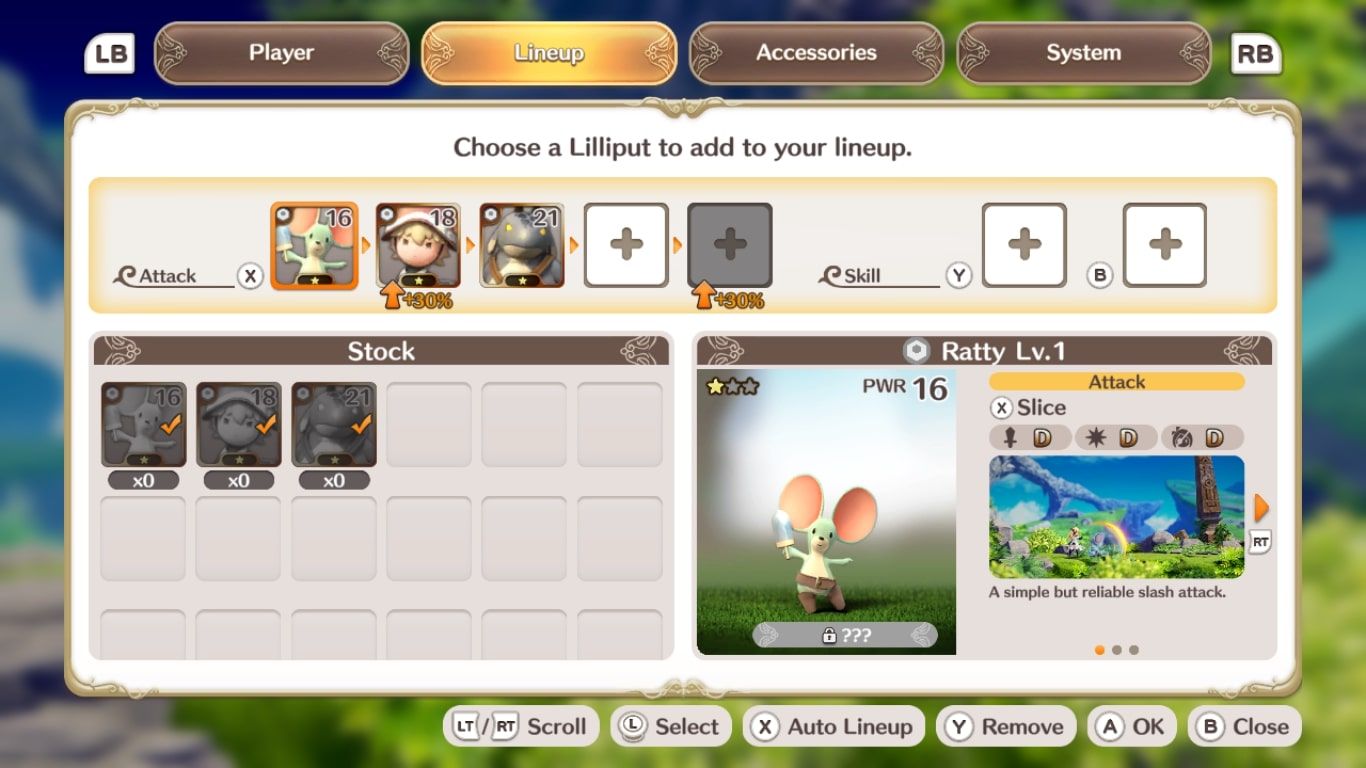 While you start with only three Lilliput every time you head back into the Ruins, you will eventually get a wide variety to choose from. You have slots for five Lilliput for normal attacks and two for skills. The combination and order you put the Lilliput in are really important.

Ideally, for the normal attack slots, you would want to put a fast-attacking Lilliput in the front, crowd-controlling ones in the middle, and end it off with ranged ones.

The Lilliput attack in the order you put them. To change this, head over to Menu while you're in the Ruins and go to Lineup. As for skills, make sure you have elements that can trigger a good reaction together to deal further damage to the enemies.

Be Careful Before Proceeding Through A Gate 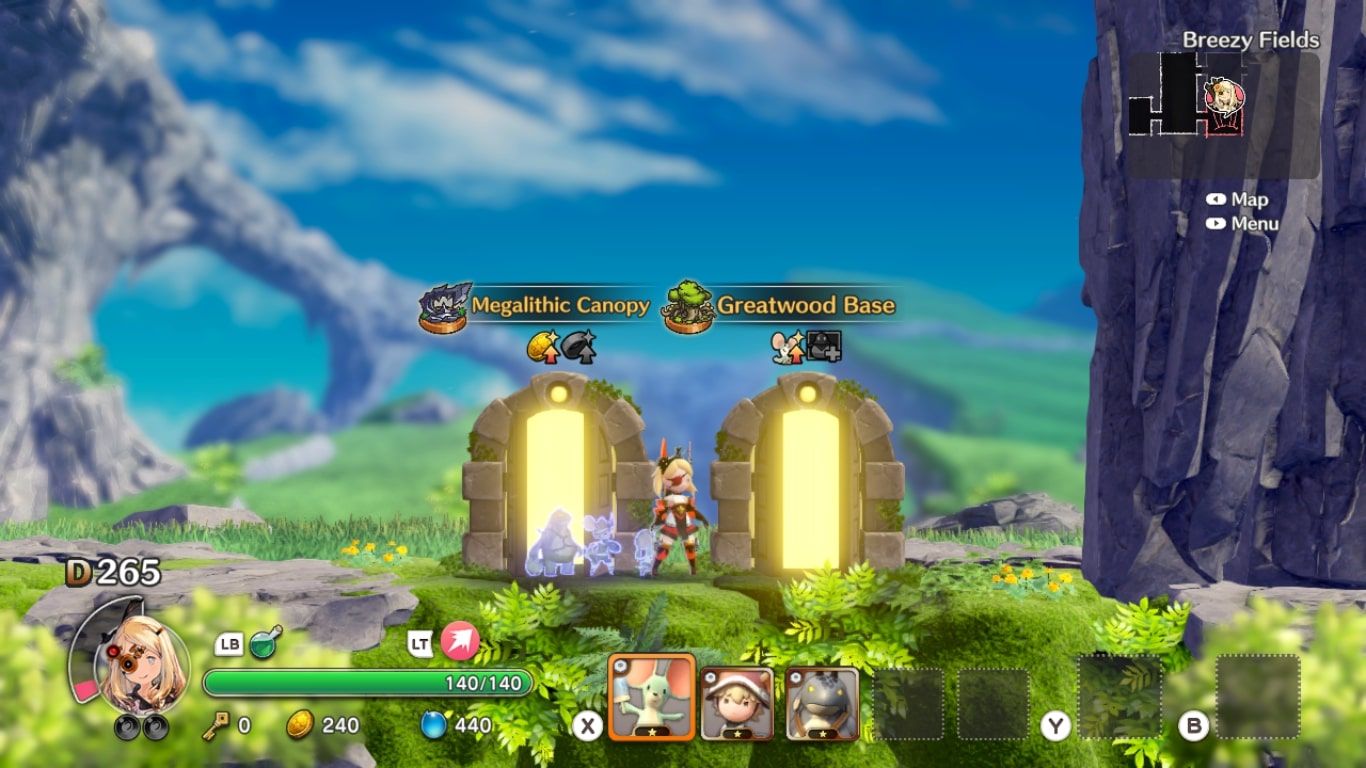 The rooms in Ruins are randomly generated and every time you enter, you have a chance of getting the room that leads to the next part before you've finished the Ruins. These are called the Gate Rooms. It is highly recommended to not go through the gate if you haven't fully explored the current Ruin. This can lead to you potentially losing a staggering amount of upgrades, gold, accessories, and Lilliput. Make sure you've completely cleared every single room in the Ruin before proceeding.

If you're unsure of how to check if you've cleared all the rooms, open the map and look for any rooms that have less opacity. The unexplored rooms are grayed out in order to make it clear for the players.

Try To Find An Enemy's Weakness 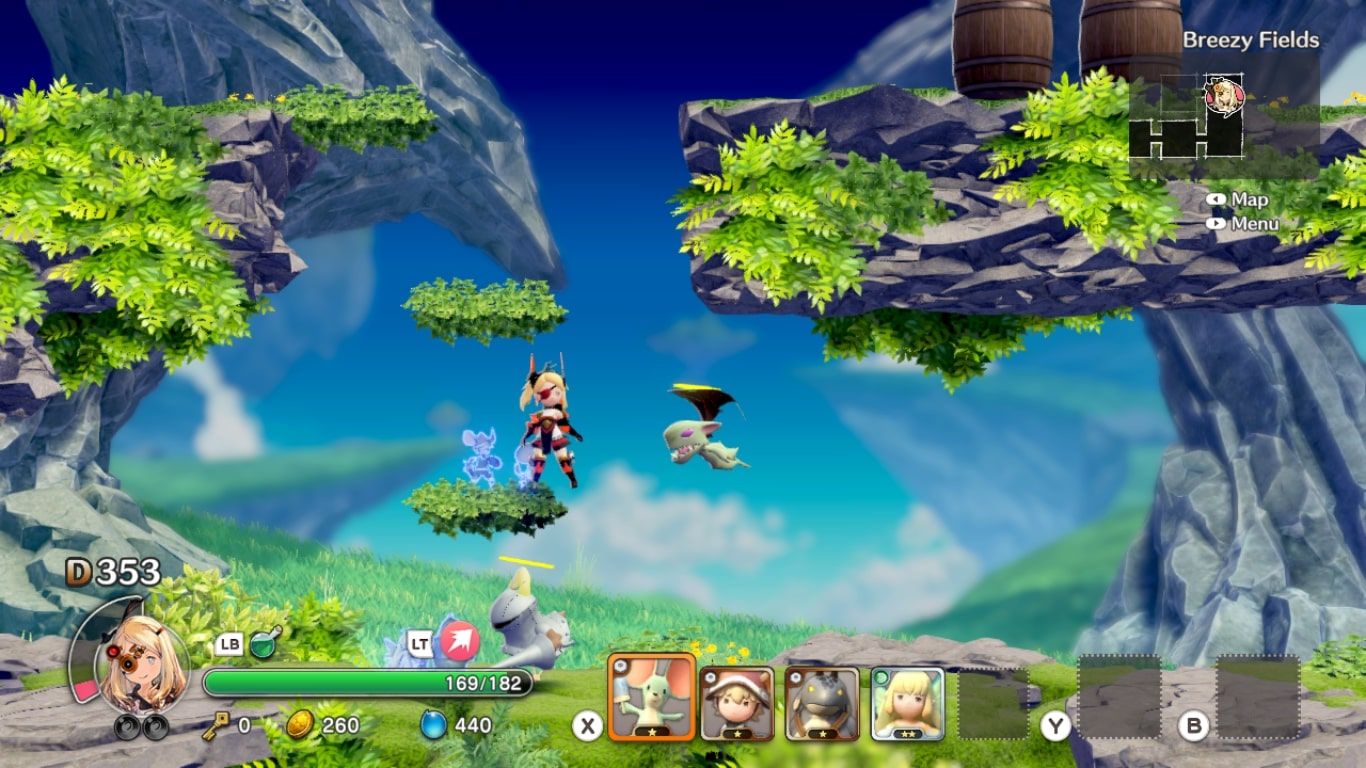 At the start, most of the enemies can easily be defeated by the good-old 'mash the attack button' strategy. But as you progress within the ruins and face bosses and harder enemies, you will have to look for their weaknesses in order to defeat them. For most of these, spam attacking won't deal a lot of damage to them while they can consistently deal a lot of damage to Noah and potentially knock you out.

One of the most common ways to defeat some of these enemies is by dashing behind them and hitting them from the back while they're not facing you.