Live Freely uses a combination of predictive artificial intelligence and remote monitoring to help take better care of seniors, particularly with emergency incidents such as falls.

The San Jose, California-based company recently launched Buddy, health management and remote monitoring technology for seniors and their caregivers. Through an app and a wearable (such as an Apple Watch or Fitbit), Buddy can do things like predict falls, monitor for irregular health patterns, and keep seniors from getting lost.

Buddy launched as a closed beta test in October, and it will go into public beta soon. The company will be at CES 2020, the big tech trade show that takes place in Las Vegas next week. 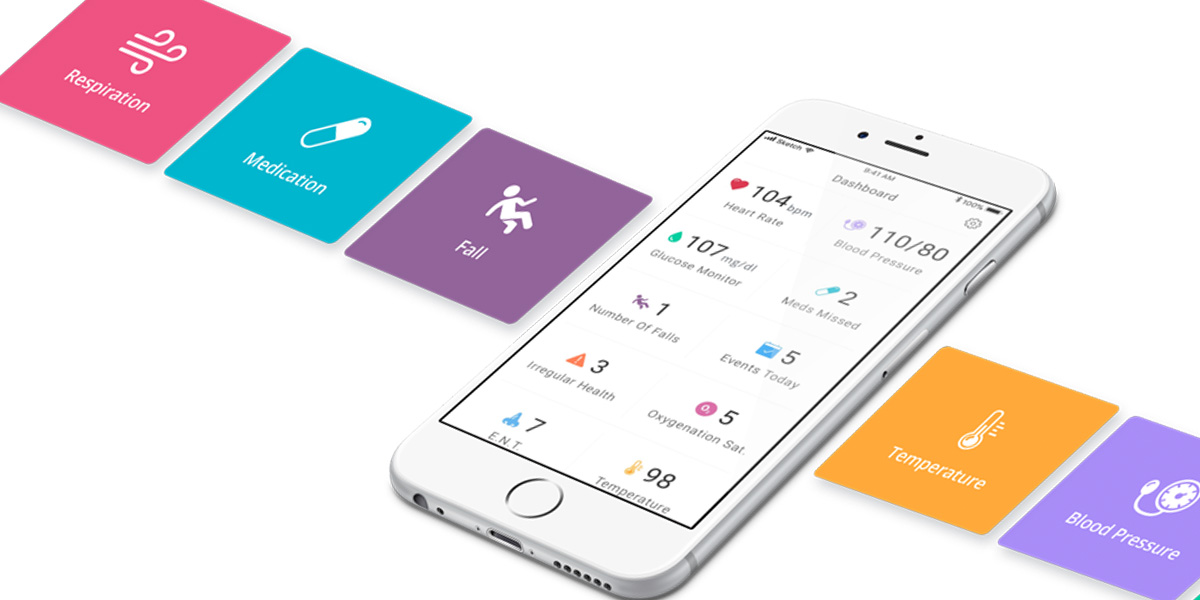 Above: Buddy brings elder care into an app.

I know about this kind of challenge for caregivers, as my own mother has these problems and more. She fell, and her caretakers at the senior home didn’t realize it had happened. The founders of Live Freely, brothers Arthur and Daniel Jue, faced personal challenges in taking care of their own parents.

In an interview with VentureBeat, CEO Arthur Jue said their father had a stroke on Valentine’s Day in 2009. He had told the family to go to a dinner event without him and said he was going to lie down. They offered help, but he declined. When they returned, they found he had had a stroke and couldn’t move. They had to carry him to the car and take him to the hospital.

“The first question on my mind was ‘Was there something that could have been an indicator for us that this was irregular, so we could have taken action sooner?’” said Arthur Jue.

Later that night, their father called on the phone and was yelling for help. They returned to the hospital and found that he was on the floor, holding the phone and struggling to get up.

“This was during the middle of the stroke and nobody in the hospital knew that he had fallen out of the bed,” Arthur Jue said. “He had other falls after that, with one that resulted in a hip replacement. This began a really long journey for us. I [had] seven years of caregiving for my dad, and he had everything from dementia to high blood pressure and diabetes.” 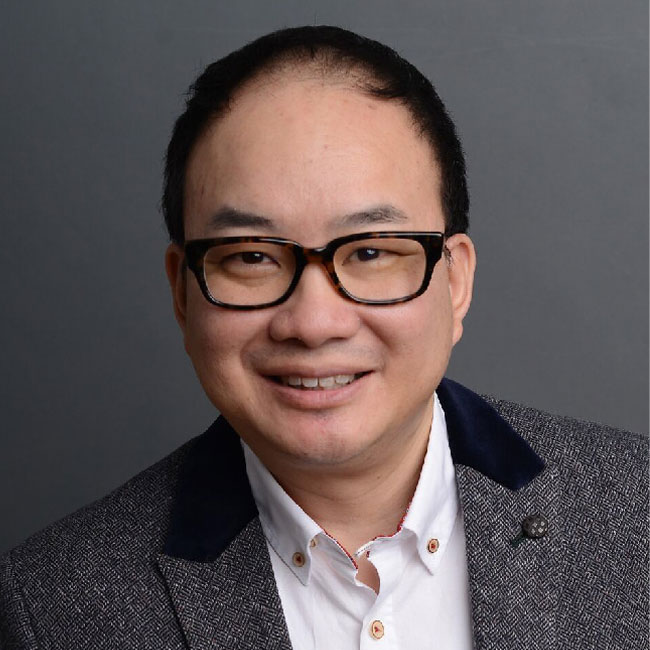 Above: Arthur Jue is CEO of Live Freely, creator of Buddy.

The experience of taking care of their father, and the overwhelming amount of information that must be managed when caring for a loved one, drove the brothers to create the technology behind Buddy. A couple of years ago, they started working on Live Freely, with Arthur Jue as the CEO and Daniel Jue as chief technology officer.

“Daniel and I, we put our heads together and explored the tech industry and life sciences and biotech to see what could we do to leverage technology to help seniors who are going through things like my dad went through,” Arthur Jue said. “And that’s how we came up with Buddy.”

Buddy is designed to deal with a whole spectrum of challenges around managing the health of a senior.

“We found that we weren’t alone in this whole process,” said Daniel Jue in the interview. “We started our journey into looking at it. And it’s really interesting. As we’ve gone through this process of getting this app together, some people really get it, and they understand where we’re coming from. And then some people aren’t really sure. And this is about their own experience and how they’ve interacted with aging in America.” 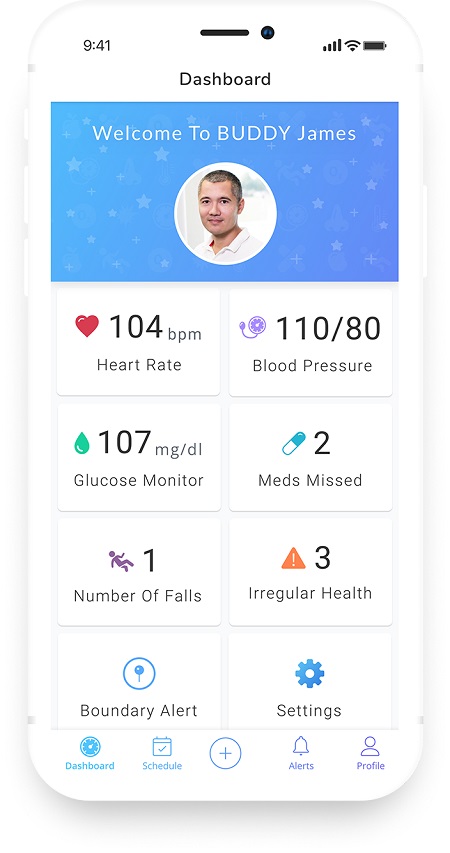 Above: Buddy’s dashboard for elder care.

In my own experience as a caregiver, there was no technology out there able to help me. I had no hope that my mother could actually learn how to use any technology that would help her. The Jue brothers felt the same way.

“We found out that 30% of America is giving more than 20 hours a week to caregiving tasks,” Daniel Jue said. “That’s a lot of families and friends giving caregiving to folks out there. There was nothing out there for them. So what we wanted to do is make the simplest, easiest possible way of monitoring an elderly loved one.”

Elderly people aren’t likely to learn technology that is difficult for them to use, even though young people might feel that interacting with touchscreens is the easiest thing in the world.

“They’re technophobic,” Daniel Jue said. “They don’t want any new technology. And so what we decided to do was to use existing platforms out there and create the ecosystem to help take care of elderly loved ones.” 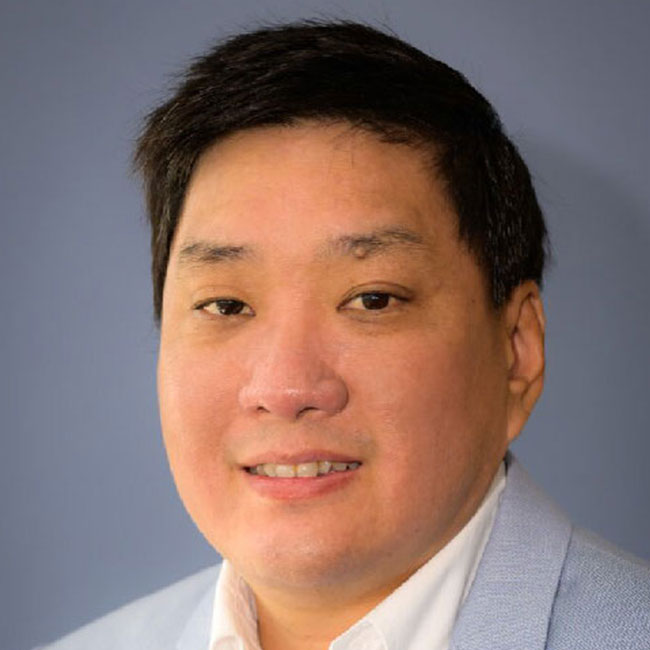 Above: Daniel Jue is CTO of Live Freely, creator of Buddy.

Buddy is hardware agnostic, and the senior doesn’t really have to know how the device works. They just have to wear it.

Using the wearable’s sensors, Buddy can detect if someone has fallen. But to minimize false alarms, it has a couple of onscreen choices. The senior can say, “I’m okay,” and it transmits that message. Or the app can send a “Help me” message. If the senior doesn’t make a choice, it will transmit an alert on the assumption that they are unable to answer.

The wearable has the location of the person, and Buddy’s software makes use of that information to inform caregivers. It can also provide information about what kind of fall it has detected.

Caregivers can also schedule reminders to help seniors to take medication. At one time, the Jue’s father was taking 27 pills.

“I had to become an instant pharmacist,” Arthur Jue said.

Buddy can help on this front because you don’t have to type in all of the names and details of the medicine. You just take a picture of the pill bottle label, and Buddy handles the details and sends reminders. It also detects when the elderly person has strayed outside of a preset boundary to prevent wandering. And it monitors heart rate information, sending alerts if irregularities are detected. 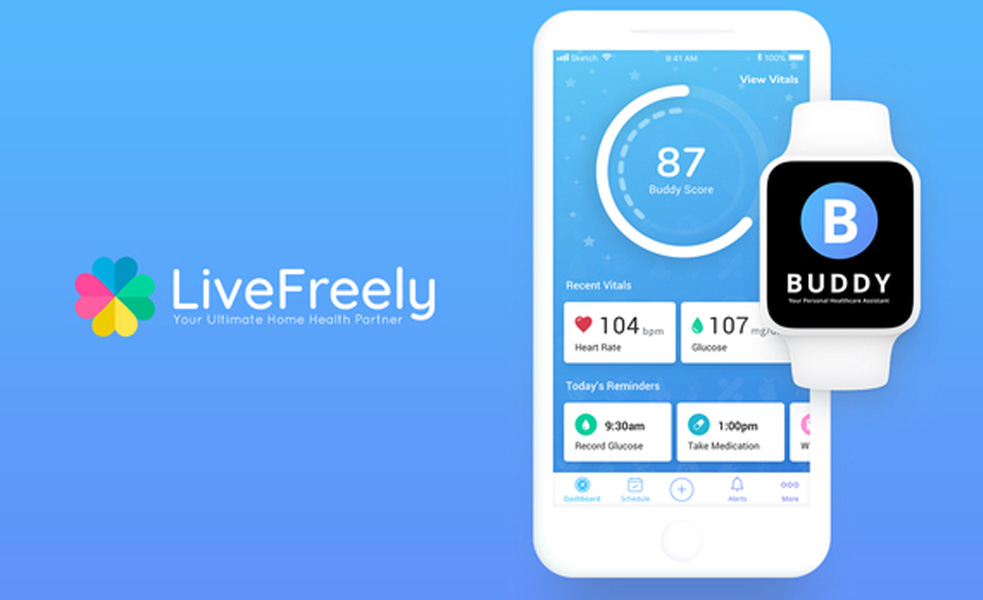 The idea isn’t to completely replace human caregivers. Rather, it’s to enable elderly loved ones to live independently for a longer period of time, as well as easing the burden on caregivers and intervening in critical situations.

“What we did was create an algorithm that we could put on any smartwatch that has three or four sensors that we use in order to detect a fall,” said Daniel Jue. “Once the smartwatch detects a fall, it will send out an alert to the caregiver. It puts a countdown on the caregiver’s phone for five minutes. So the caregiver can either call the elderly loved one or call 911.”

Rather than route a call to a call center, the alert goes to a caregiver because that person is more likely to know if the elderly person is really in distress. If nothing happens during those five minutes, an alert goes out to 911.

“We also put machine learning and AI onto fall detection,” Daniel Jue said. “It learns your patterns. A lot of times, elderly people will plop down into a chair. They fall hard into the chair. That’s not a fall. Other times, they can slide off a chair and then they are unable to get up. That’s really slow, but it is a fall because they can’t get back up.”

Arthur Jue said that Buddy will also detect if the elderly person’s gait changes. Often that can signal a need for something like a cane. Over time, Live Freely hopes to launch partnerships with nursing facilities and assisted living homes, as well as with health insurance companies and large retailers.

“The whole team has been passionate about this. And a lot of them had their own experiences with just not having that kind of technology assistance,” Daniel Jue said. “They all really have this vision. And when we came together, we really wanted this to be more than just a technology app. We wanted it to be an ecosystem. We want to bring families together so that they can be more connected with each other as the aging process happens and so that the loved one can [offer] support not only from the family, but from the whole ecosystem of stakeholders — from … providers and caregivers all the way through [the healthcare] chain.”