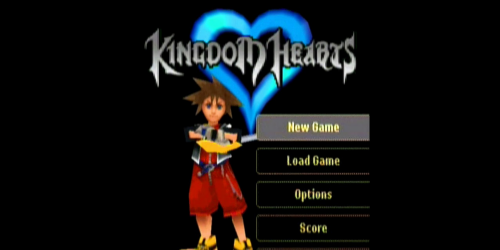 The final level and ending to the long-lost Kingdom Hearts V-Cast game has been posted online.

If you've never heard of Kingdom Hearts for V-Cast then, first of all, aren't you lucky. Secondly, the V-Cast was Verizon Wireless's broadband service that was released back in 2005, and a special Kingdom Hearts game was made exclusively for the service. It's been known about for years but has largely been considered to be lost media as only a few trailers and screenshots of it have existed, and Nomura and Disney have never commented on it.

The synopsis for the game says that Sora needs to rescue Donald and Goofy from Maleficent's Castle, as well as find a dragon's tooth to create some kind of potion that will get rid of the darkness that's "devouring his heart". Dark. After making his way through the castle and defeating Maleficient's dragon form, Sora crafts the potion just before the clock strikes midnight and then wakes up on the Gummi Ship unsure if it was all a dream.

As fantastic as it is to see the ending to a long-lost piece of media, we certainly haven't missed anything with Kingdom Hearts V-Cast. Not only is the plot nonsensical, even for Kingdom Hearts, but it's also non-canon and looks incredibly painful to play. Just take a look at all the button presses it takes to turn Sora around even the slightest bit. Combat looks similarly awful, but it's pretty impressive to get Kingdom Hearts on a phone, at least.