In the enterprise, the pandemic brought about sharp increases in software release cadences and automation. That’s thanks in part to the adoption of low-code development platforms, which abstract away the programming traditionally required to build apps and software. Respondents to a 2021 Statista survey report that low-code tools have enabled them to release apps 40% to 60% faster, while a full 60% of developers tell GitLab that they’re committing code two times faster and bringing higher-impact technologies into their processes.

However, the accelerated pace of development has introduced new blockers, like a backlog of testing and code reviews. GitLab reports that only 45% of developers review code weekly, with 22% opting to do it every other week instead. It’s not that the pace of innovation in software testing is slowing — it isn’t — but that aspects like installation, maintenance, security, and incompatible problems remain hurdles.

The urgency of the challenge — insufficient testing can lead to security vulnerabilities — has put a spotlight on startups like Mabl, which today announced that it raised $40 million in a series C investment led by Vista Equity Partners. Founded in 2017 by Dan Belcher and Izzy Azeri, Mabl is among a crop of newer companies developing platforms that enable software teams to create, run, manage, and automate software and API tests.

“Despite the fact that the testing category is massive, no software-as-a-service leader had emerged in the space [prior to Mabl] … This void left enterprises to choose between legacy testing solutions that were incredibly complex and expensive and self-managed open source frameworks coupled with bespoke infrastructure that were inaccessible to quality assurance professionals,” Belcher told VentureBeat via email. “Mabl envisioned and delivered an end-to-end testing solution for the enterprise that would combine a low-code framework, a software-as-a-service delivery model, deep integration with enterprise environments and workflows, data analytics, and machine intelligence to disrupt the testing industry.”

Belcher and Azeri are second-time founders, having previously launched Stackdriver, a service that provides performance and diagnostics data to public cloud users. Stackdriver was acquired by Google in 2014 for an undisclosed sum, and recently became a part of Google Cloud’s operations suite.

With Mabl, Belcher and Azeri set out to build a product that lets developers orchestrate browser, API, and mobile and web app tests from a single location. Mabl’s low-code dashboard is designed to automate end-to-end tests locally or in the cloud, running tests with different permutations of data to strengthen individual test cases.

“Lack of effective test automation is a major problem in the software industry, because ineffective testing leads to dramatically lower team productivity due to rework, overhead, and a general bottleneck in throughput, as quality engineering cannot execute with the same velocity as development and operations. Likewise, ineffective testing leads to poor product quality — from not only a functional perspective but also in terms of user experience, performance, accessibility, and more,” Belcher added. “Low-code is critical because it democratizes testing — making it accessible to quality engineers, manual testers, developers, product owners, and others — rather than limiting efforts to a quality engineer or dev.” 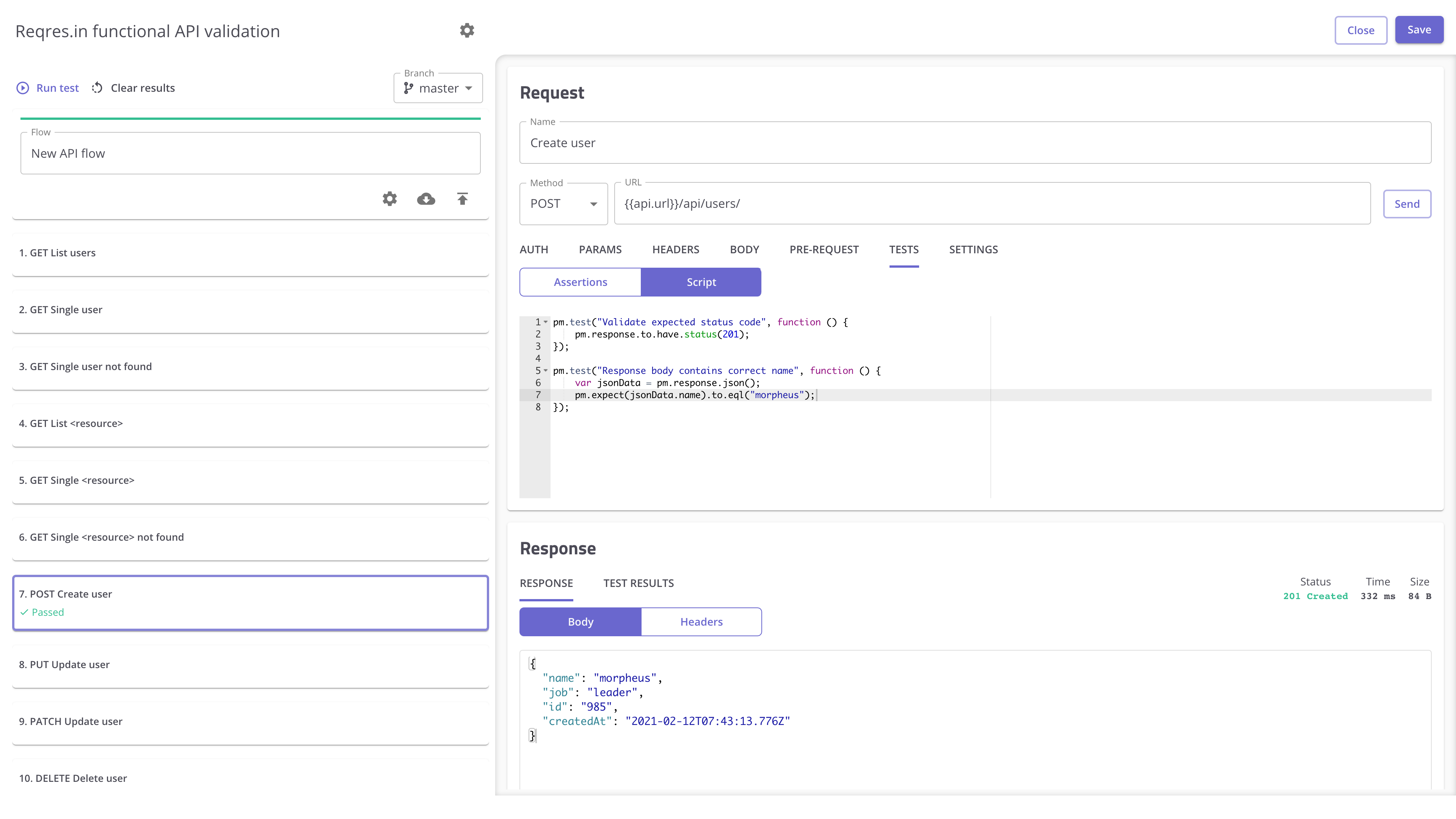 Mabl can generate tests from the contents of emails and PDFs, adapting as the tested app’s UI evolves with development. An AI-driven screenshot comparison feature attempts to mimic real-life visual UI testing to help spot unwanted changes to the UI, while a link-crawling capability autonomously generates tests that cover reachable paths within the app — giving insight into broken links.

“There are a number of areas where we use machine intelligence to benefit customers. In particular … Mabl automatically trains and updates structural and performance models of page elements, and incorporates these models into the timing and logic of test execution,” Belcher explained. “Mabl [also leverages] visual anomaly detection that uses visual models to differentiate between expected changes resulting from dynamic data and dynamic elements from unexpected changes and defects.”

Mabl allows customers to update and debug tests without affecting master versions. API endpoints can be used to trigger Mabl tests, as well as plugins for CI/CD platforms including GitHub, Bitbucket Pipelines, and Azure Pipelines. On the analytics side, Mabl shows metrics quantifying how well tests cover an app, identifying gaps based on statistics and interactive elements on a page.

Mabl’s users include dev teams at Charles Schwab, ADP, Stack Overflow, and JetBlue, and the Boston, Massachusetts-based company expects to more than double its recurring revenue this year. But the company faces competition from Virtuoso, ProdPerfect, Testim, Functionize, Mesmer, and Sauce Labs, among others. Markets and Markets predicts that the global automation testing market size will grow in size from $12.6 billion in 2019 to $28.8 billion by 2024.

Automated tests aren’t a silver bullet. In a blog post, Amir Ghahrai, lead test consultant at Amido, lays out a few of the common issues that can come up, like wrong expectations of automated tests and automating tests at the wrong layer of the app stack.

Still, a growing number of companies are adopting automated testing tools — especially in light of high-profile ransomware and software supply chain attacks. According to a LogiGear survey, at least 38% of developers have at least tried test automation — even if it failed in its first implementation. Another source estimates that 44% of IT companies automated 50% or more of all testing in 2020.

“Mabl has over 200 customers globally, which includes 10 of the Fortune 500 and 32 of the Fortune Global 2000 companies. We have active, paid users in over 60 countries,” Belcher said. “The Mabl community in Japan has more than doubled in the past six months — reaching nearly 1,500 members. The Japanese customer base has increased by 322% and revenue has increased by over 300% in the past year, now representing 10% of the company’s total global revenue.”