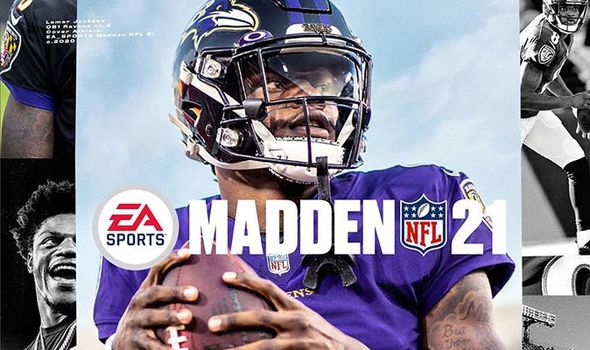 Each year there’s a number of essential dates an NFL fan has to mark down in their calendar – the start of the new season, when the Super Bowl is and the release date for the latest Madden game.

This year things are slightly different, however, as EA are dropping a version of Madden for current gen consoles ahead of a next-gen release later this year.

Whether the PS5 and Xbox Series X builds end up being majorly different remains to be seen, but EA has at least made sure the PS4 and Xbox One versions shouldn’t get shown up too much on the visual front.

The Madden 21 devs have squeezed every drop of power out of the current batch of consoles to create a gorgeous looking game, with great looking stadiums and character models.

On the field Madden 21 is a finely-tuned animal as well, with the moment-to-moment gameplay tonnes of fun thanks to a responsive passing game and explosive rushing controls.

One of the most welcome tweaks over last year’s edition is the balancing and defensive improvements which have helped nerf how overpowered the running game was.

Elsewhere, one of the biggest new additions to Madden 21 is The Yard.

Following on from the addition of Superstar KO last year, The Yard is another pick-up-and-play mode perfect for those not looking to invest countless hours into Franchise.

Similar to FIFA’s Volta Football, The Yard features a smaller pitch and less players on the field for quick-fire arcade-style gameplay.

The 6v6 mode sees two teams play on an 80 yard field, with each side getting three offensives drives to score.

It’s a lot to get to grips with at first but once you get the hang of it The Yard offers fast-paced gameplay where players can craft some wild plays.

It’s one of the biggest new changes to the Madden series in years and marks a welcome addition.

Elsewhere, one of the main single player draws will be the revamped Face of the Franchise story mode.

Told in flashbacks, you’re put in the shoes of a superstar quarterback who visits their old school for an interview looking back on their career.

Addressing concerns from last year, Madden 21’s Face of the Franchise offers a meatier story for players to get to grips with. 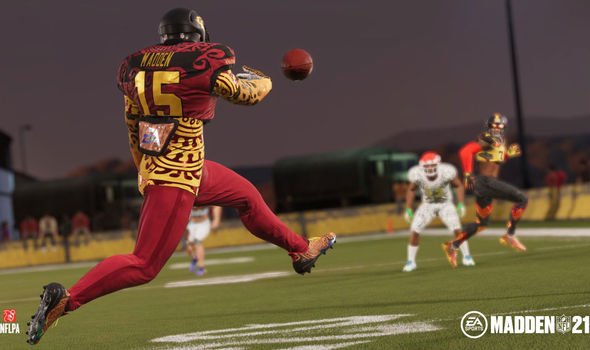 And while it doesn’t exactly tread new ground, telling a very familiar and by-the-book tale, I found QB2’s story engrossing and enthralling.

Where Madden 21 does fall down though is in its Franchise mode, which long-time series fans will find very familiar to previous editions.

The same can be said for Ultimate Team, with these major staples of the Madden experience not progressing much since Madden 20.

Considering what a big draw Franchise mode is, this could be a big turnoff to players.

However, following on from early criticism EA has said they will be rolling out a series of patches to improve Franchise mode as well as other aspects of Madden 21.

Hopefully forthcoming updates will also fix a number of performance issues we ran into in our play test, with the occasional steep framerate drop the most biggest area for concern. 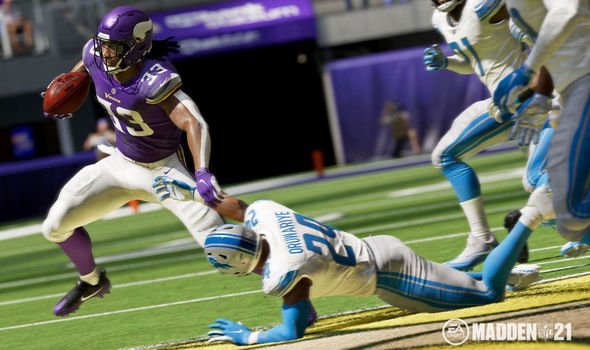 In many respects this year’s Madden release sees the long-running American football series at a crossroads.

A crossroads in a quite literal sense, with Madden 21 having to straddle two generations of consoles thanks to the upcoming release of the PS5 and Xbox Series X.

And a crossroads in a more metaphorical sense, with fellow sports games giants 2K about to re-enter the NFL fray in 2021 thanks to a deal announced earlier this year.

EA has had the NFL licensing rights all to itself for some time, and while 2K won’t be touching sports sims this extra competition could be just what the series needed.

The FIFA series endured a number of years when it was bested by the Konami’s PES franchise before EA entirely revamped the gameplay and introduced the all-conquering FUT mode.

Likewise, the upcoming return of 2K could be just what the Madden series needs to push devs into addressing areas such as Franchise which have long been neglected.

Until then Madden 21 is a game which, while it has its drawbacks, offers enough to rise above its flaws and become another permanent fixture for NFL fans this season.

Will You Prefer Empire Or Republic In Star Wars: Squadrons?