Magic: The Gathering’s Battle For Baldur’s Gate Has More Queer Characters Than Any Other Set

Magic: The Gathering has been upping its queer representation in recent years, but it appears that Commander Legends: Battle for Baldur’s Gate is breaking a new record. It will have the highest number of queer characters in any set released to date.

Based on Dungeons & Dragons’ setting of Baldur’s Gate, and particularly the three games also set there, Battle for Baldur’s Gate is alleged to have 16 LGBTQIA+ characters across its huge selection of legendary creatures.

In a Twitter thread by former Wizards of the Coast employee and Battle for Baldur’s Gate’s primary concepter and worldbuilder Justice Geddes, several characters were confirmed to be queer. Among them are identities right across the spectrum, including many pansexual, bisexual, and lesbian characters. There is even canonical non-binary and trans representation here, with Oji and Erinis being non-binary, and Cadira being a trans lesbian.

Unfortunately, one glaring omission is the lack of gay men in the set, something Magic has had to wrangle with recently following its new Bearscape art unveiling.

Magic has had plenty of LGBTQIA+ characters in its history, with recent examples including Innistrad’s Alana and Halena, Kaldheim’s non-binary Niko Aris, and Ravnica’s Ral Zarek. Wizards of the Coast is even running a Pride-themed Secret Lair promotion featuring some of the game’s most famous queer characters. However, this is by far the largest influx of canonically queer characters we’ve ever had in the game from a single set.

This is particularly important for a Commander-focused product. In the Commander format, each deck has a legendary character who guides and represents the rest of the deck. Decks are also encouraged to be highly personal, with a high degree of player expression in the cards chosen. 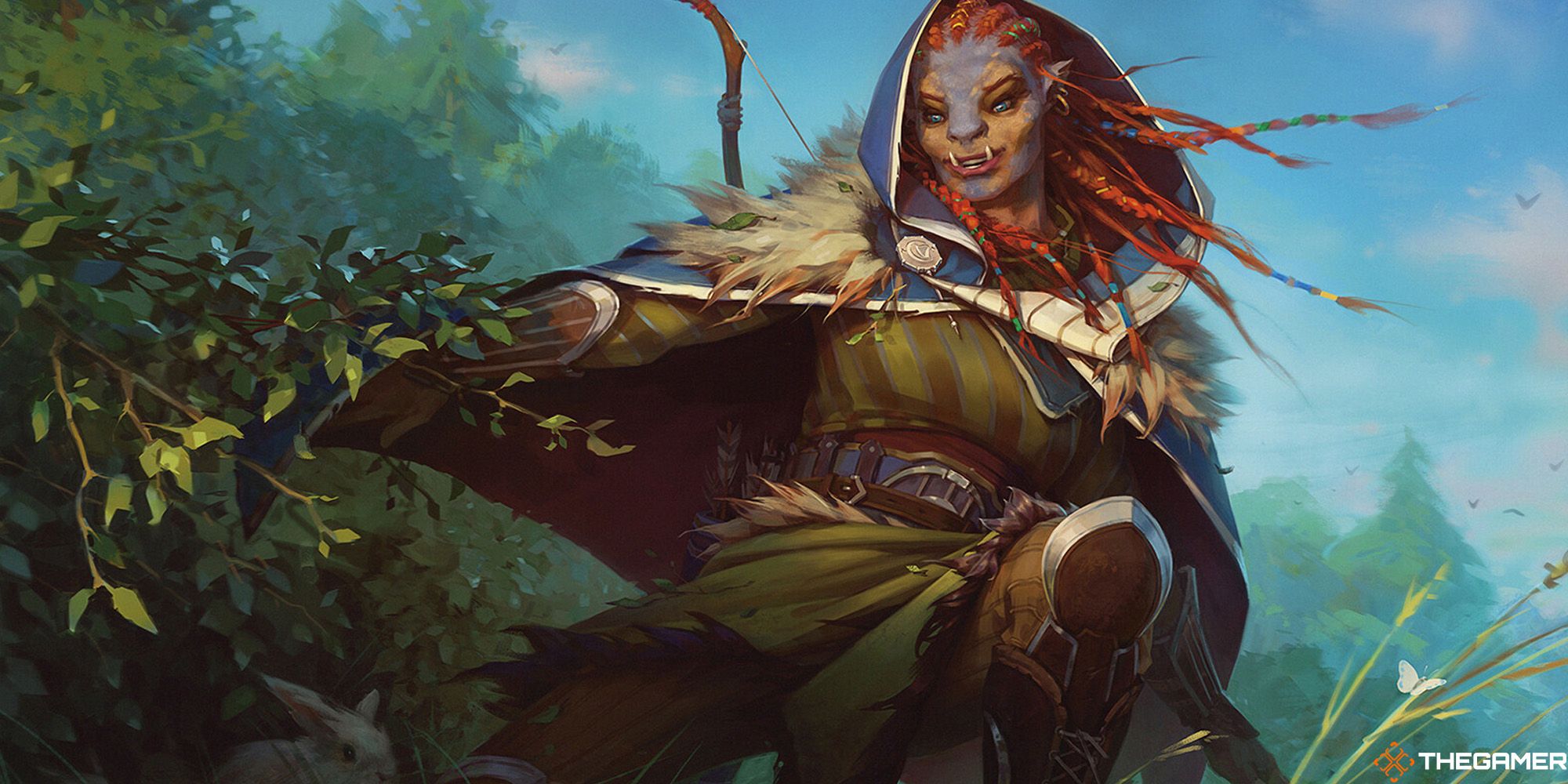 By having more queer characters available as valid commanders, queer players can more easily create decks that better reflect themselves as players. For example, a non-binary player looking to make an Azorius (white/blue) deck may now gravitate towards Oji, as they are both a powerful blue/white commander and an example of a non-binary character (while also synergising well with fellow non-binary Azorius character Niko). While the identity of commanders is hardly the be-all and end all when making a deck, it’s nice to have choices.