Storm is a three-cost card in Marvel Snap that floods locations, turning them into unplayable spaces. With this card, you can take control of the game, preventing your opponent from playing at a certain location. Overall, Storm's base card is pretty cool, but you can collect other variants for this weather-controlling X-Man.

In this list, we are going to rank every Storm variant that is currently in the game. This will be based on the art style, as well as how well the variant portrays Storm. There are several unreleased variants for Storm, but we will add these when they release in the game. 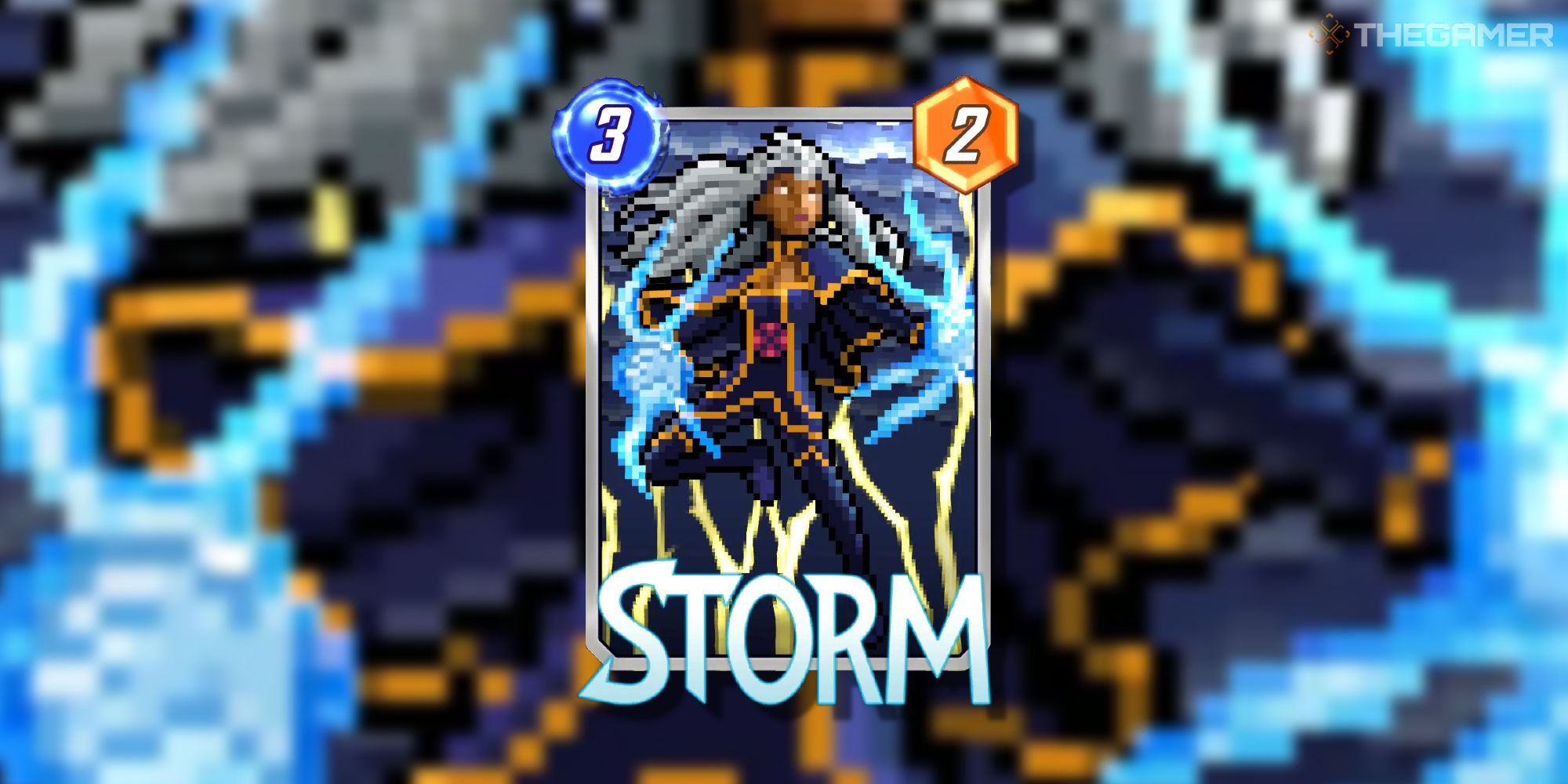 In general, pixel variants aren’t the best. Rather than depicting the character in all their epic-ness, the pixel variants are a bit bland, and Storm's pixel version is no exception. In the card, we see her in a pose similar to the base art of the card, but her features are out of focus, and without the blue energy coming from her hands, it might be hard to tell who this is.

Overall, Storm’s pixel variation isn’t the worst pixel art in the game, but it’s perfectly average. Nothing outstanding, but probably not a variant that people are itching to obtain. 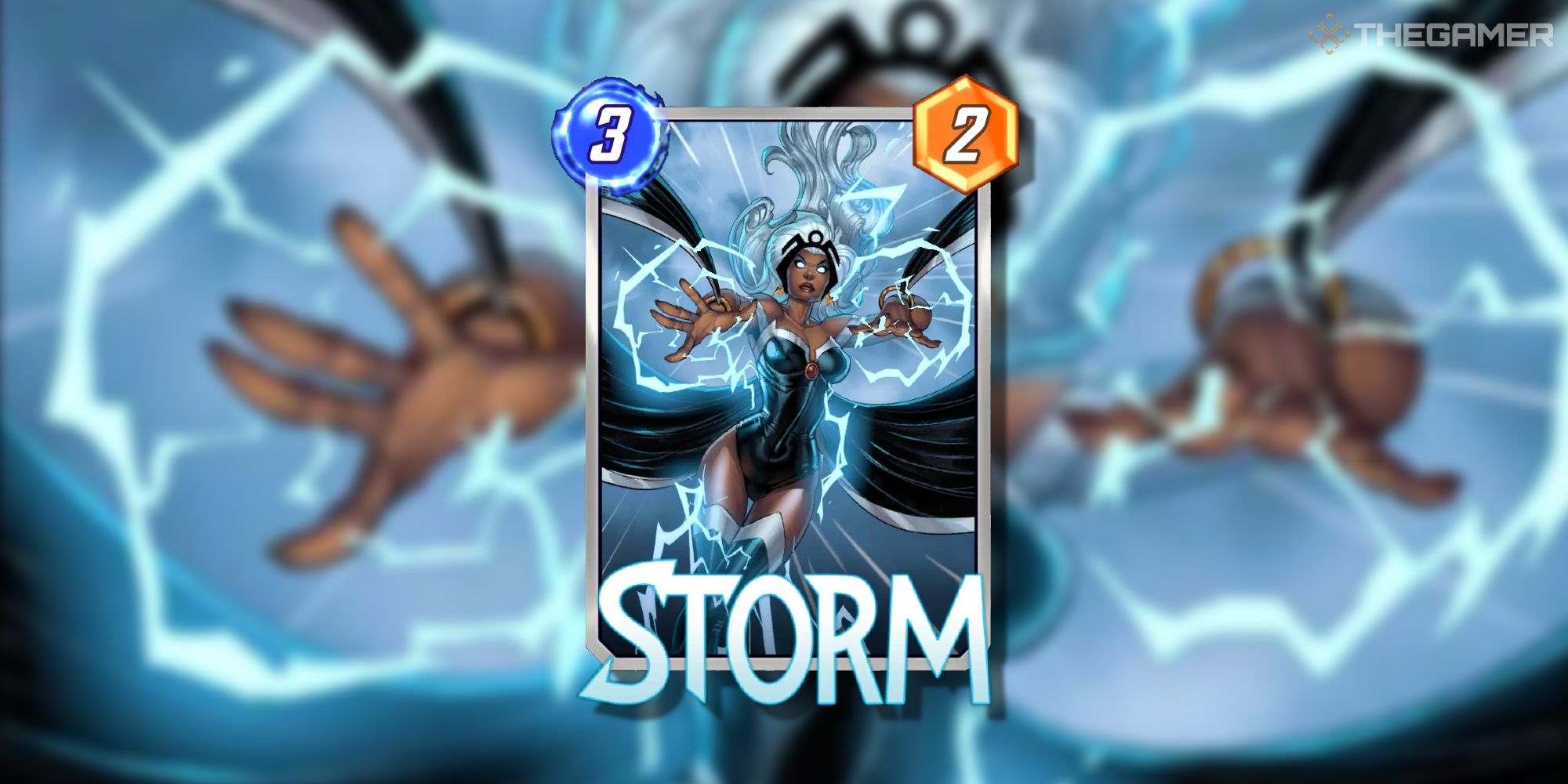 Although you can’t obtain this art, because it’s the default one for Storm, it’s still worthy of a spot on our list. The base art for Storm is phenomenal; we really get a sense of her power. This makes sense though, as Storm is often considered one of the strongest beings in the universe.

In the X-Men movies from the earlier 2000s, we saw Storm use her powers, but we didn’t really witness this power. Sure, she used her powers to create some powerful effects, but they didn’t scream “most powerful mutant on earth”. With this card though, Storm’s power is out in full force, complete with sparks flying out from her entire body. 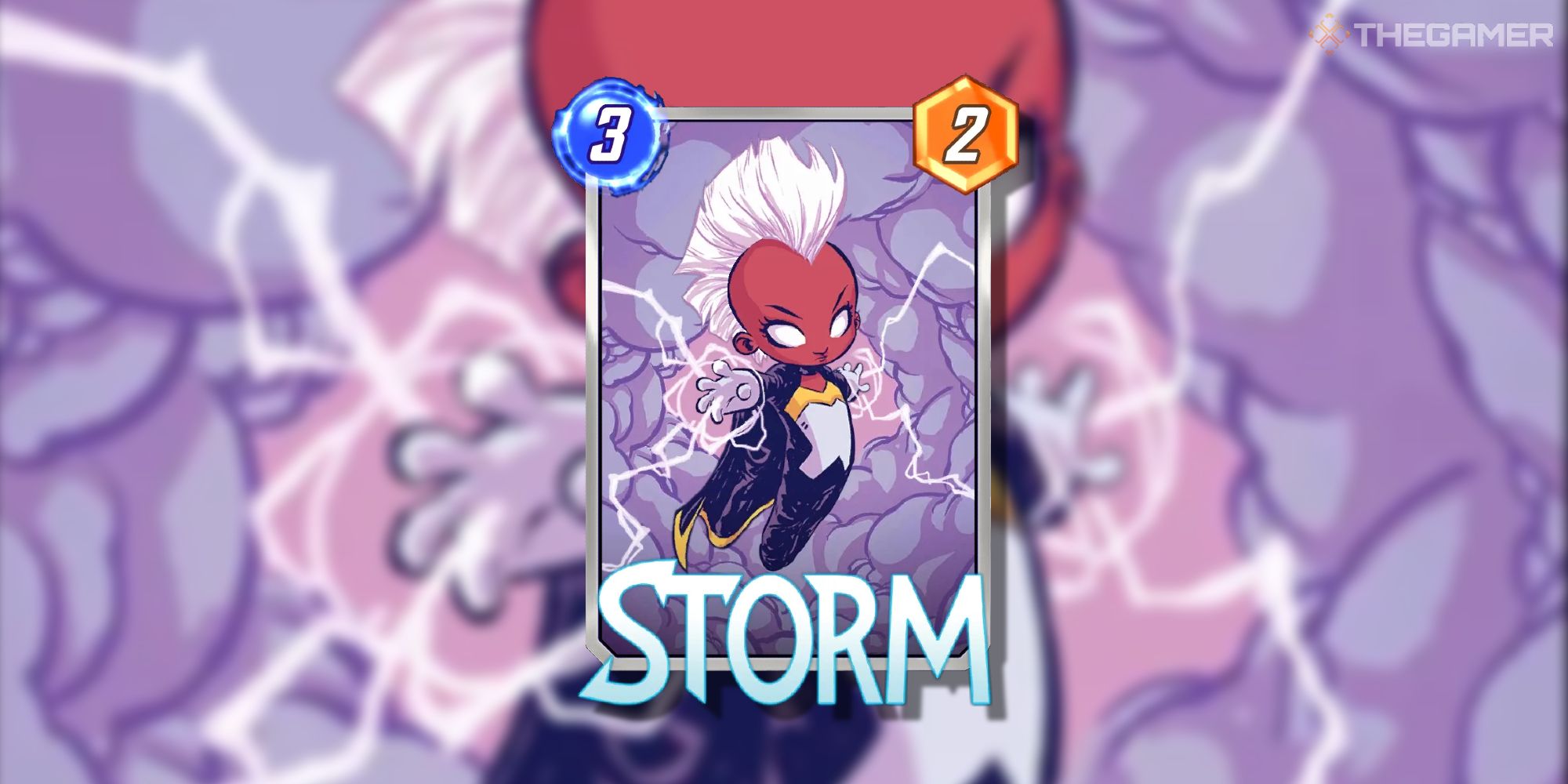 Next up, we have Storm’s baby variant. This cute card shows Storm in a simple outfit, creating lightning from her hands while sporting a white mohawk. Overall, this card is adorable; baby variants in Marvel Snap are always a bit comical, showing a less serious side of the character.

This variant depicts Mohawk Storm, which came to be in The Uncanny X-Men from 1983. In this, Storm shed her usual outfit, and donned a full leather outfit with a white mohawk. The backstory for this change is quite interesting; this appearance was originally a joke based on comic artist Walt Simonson, who decided to go bald and shave his facial hair, giving everyone quite a surprise. So this baby Storm variant is essentially just a longstanding inside joke. 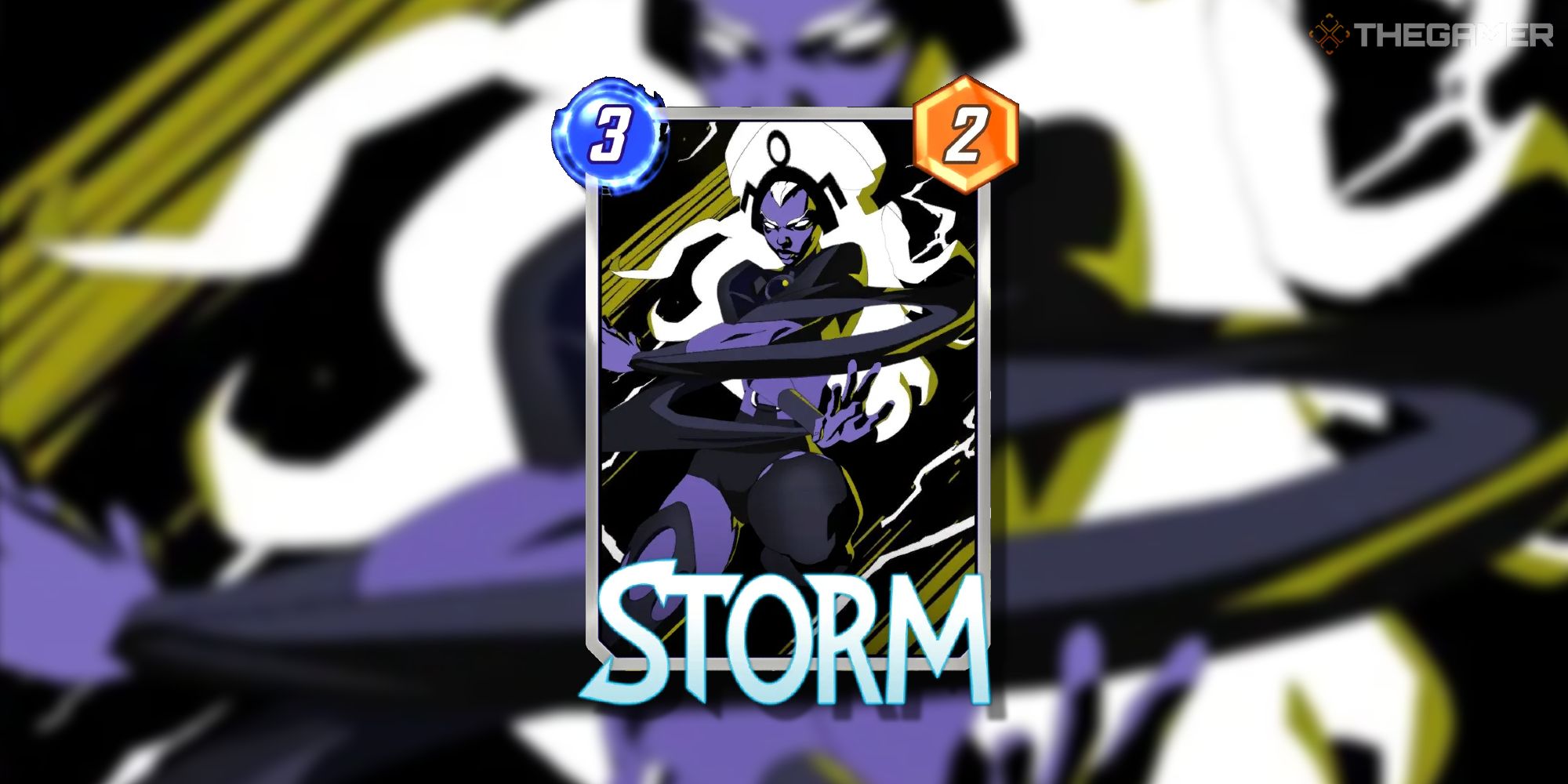 This variant of Storm was given to every player for free in December of 2022. This was gifted alongside the release of a music video titled ‘Hero’, showcasing a variety of characters from the game. In the music video, characters are shown in pairs, with Storm being with Black Panther. If you have read Marvel comics, then you may know that the two were also married for a period of time.

Storm’s hero variant is simple and to the point; we aren’t overwhelmed with detail. Instead, we see a focused Storm, using her powers. Even though the full extent of her powers is ‘off-screen’, it’s still obvious that she is wielding immense power. Additionally, the color palette of this card is gorgeous. 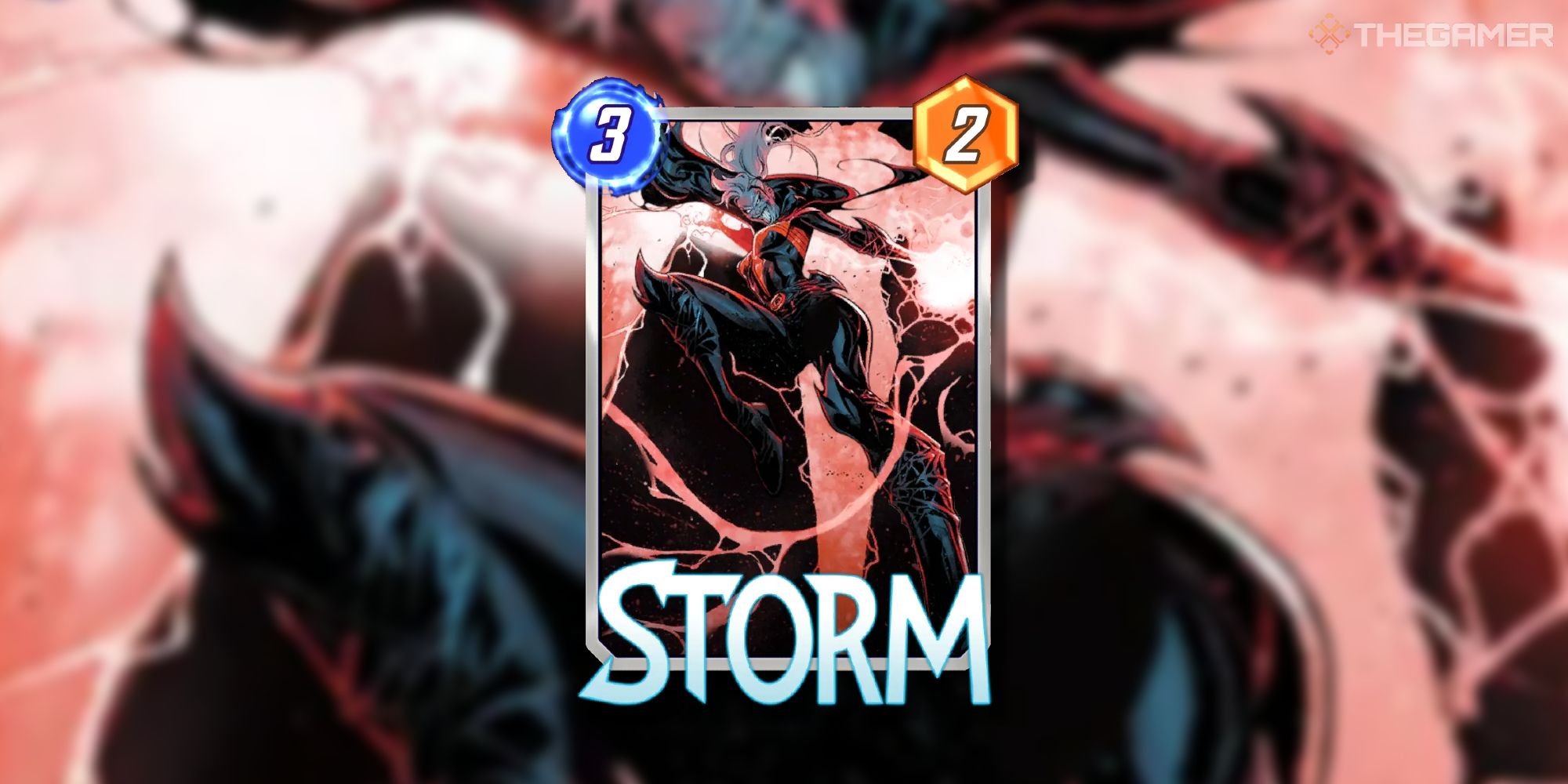 Knull is a bit unknown in the MCU, not really appearing in shows and movies. Within the comics though, we learn that Knull is the god of the Symbiotes, such as Carnage and Venom. So, with this in mind, Knullified variants are similar to Venomized ones, in that Knull ‘takes over’ the character, giving them a Knull-like appearance.

The Knullified variant of Storm earns second place on our list due to its incredible art. The lower point-of-view of Storm makes her look incredibly powerful, especially with the red sky behind her. Rather than creating sparks of lightning, she is creating what appears to be red tendrils. Overall, this version of Storm looks quite powerful. 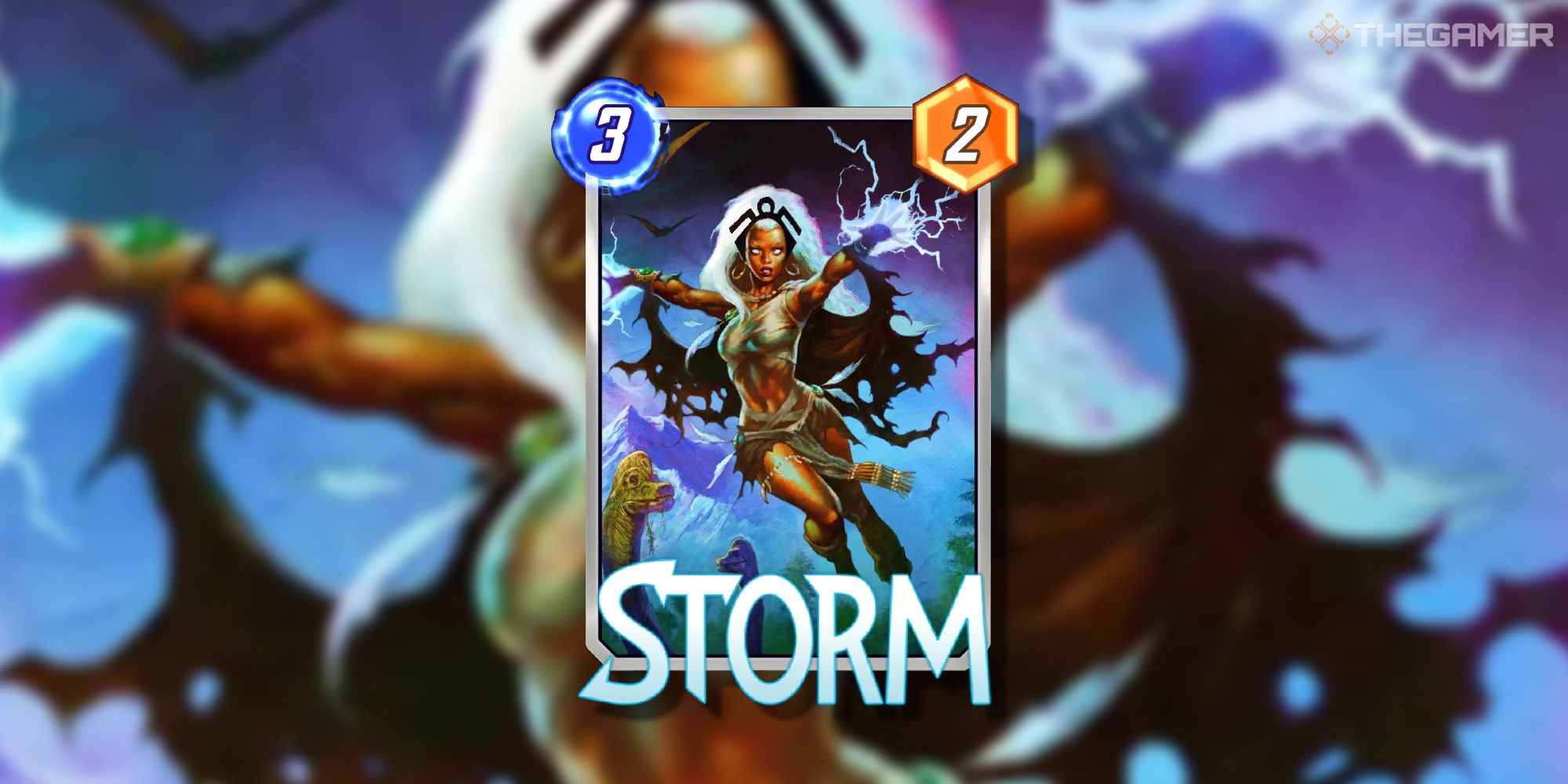 In first place, we have the Savage Land variant of Storm. This is a newer card that was released with the Savage Lands season pass for January of 2023. This variant earns the top spot on our list due to the wonderful art style, as well as how it depicts Storm. In the card, we see her in slightly tattered clothes, with a few dinosaurs behind her.

The Savage Land is not really set in prehistoric times; it’s a location in Antarctica where time seems to have stood still. This location was first officially shown in Uncanny X-Men, and as we know, Storm in an X-Man, giving her reason to have this variant. Besides this fact, Storm looks strong in this variant, wielding a power worthy of a god-like Kenyan Princess.