In the latest update for Marvel’s Avengers, everyone’s friendly neighborhood Spider-Man has finally swung his way into the game for PlayStation users. The latest update enlists the web-slinger to fight against A.I.M. alongside Earth’s Mightiest Heroes.

It’s explained that Spider-Man has been helping protect people in New York City since A-Day (Black Widow and Ms Marvel are big fans). Captain America and Tony Stark don’t recognize him because Steve Rogers was held captive by A.I.M. and Stark was “living in the middle of nowhere.” Regardless, Peter Parker has landed and this guide will help you manage all of the great power and responsibility that comes with playing this hero. 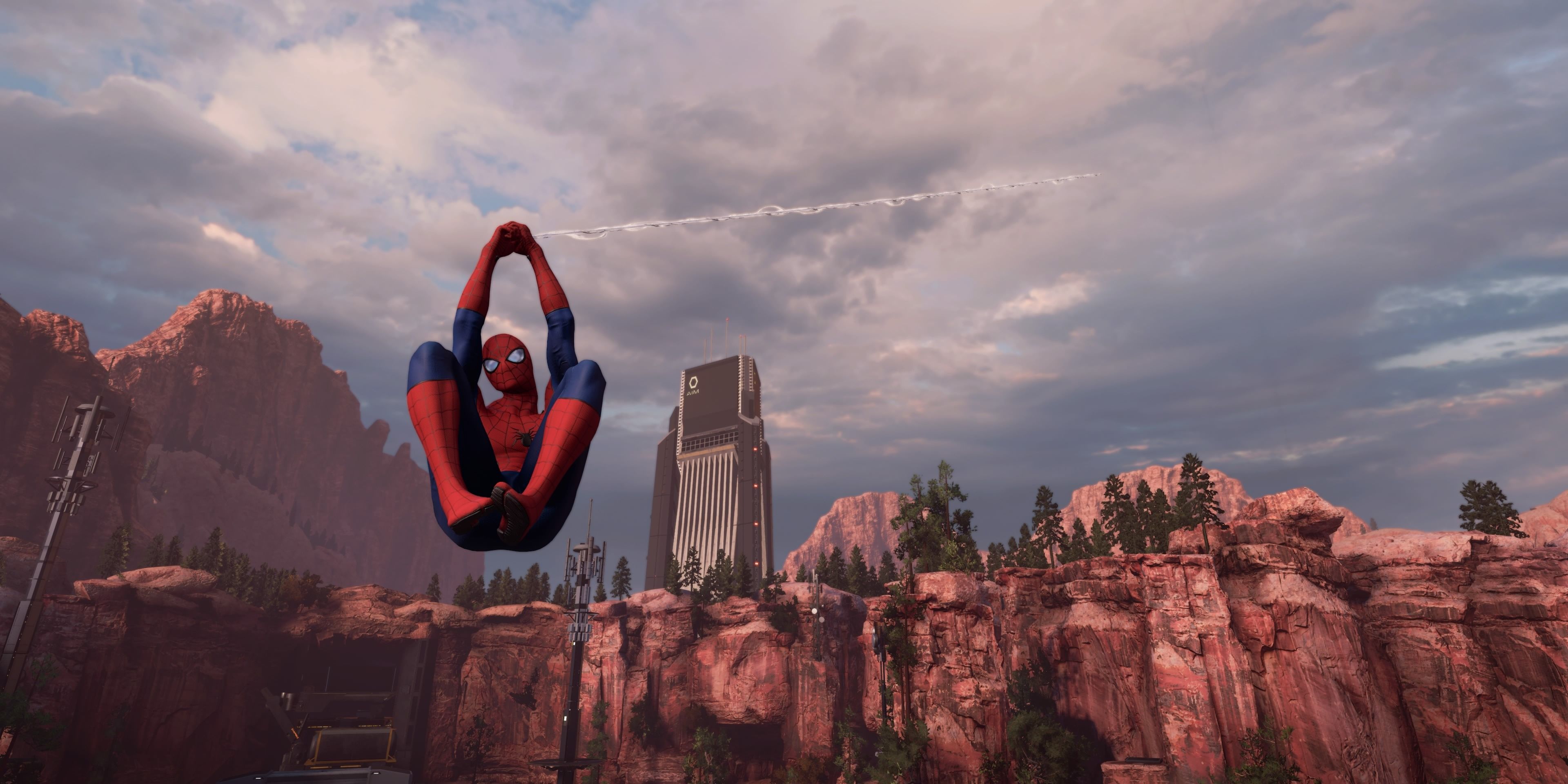 One of the biggest questions surrounding Spider-Man in Marvel’s Avengers was where he’s going to swing from. The environments in the game are barren, to say the least, and Spidey needs tall buildings, structures, pointy objects, literally anything to attach his web.

Players might’ve joked about Spider-Man simply swinging from the sky, but Crystal Dynamics actually chose that route. Spider-Man’s swinging isn’t restricted at all, meaning he just swings off the clouds above him. His swinging, albeit hilariously unrealistic, makes him the best mobile character in the game. On top of swinging wherever he wants, Spider-Man can also stick to walls and crawl on them. 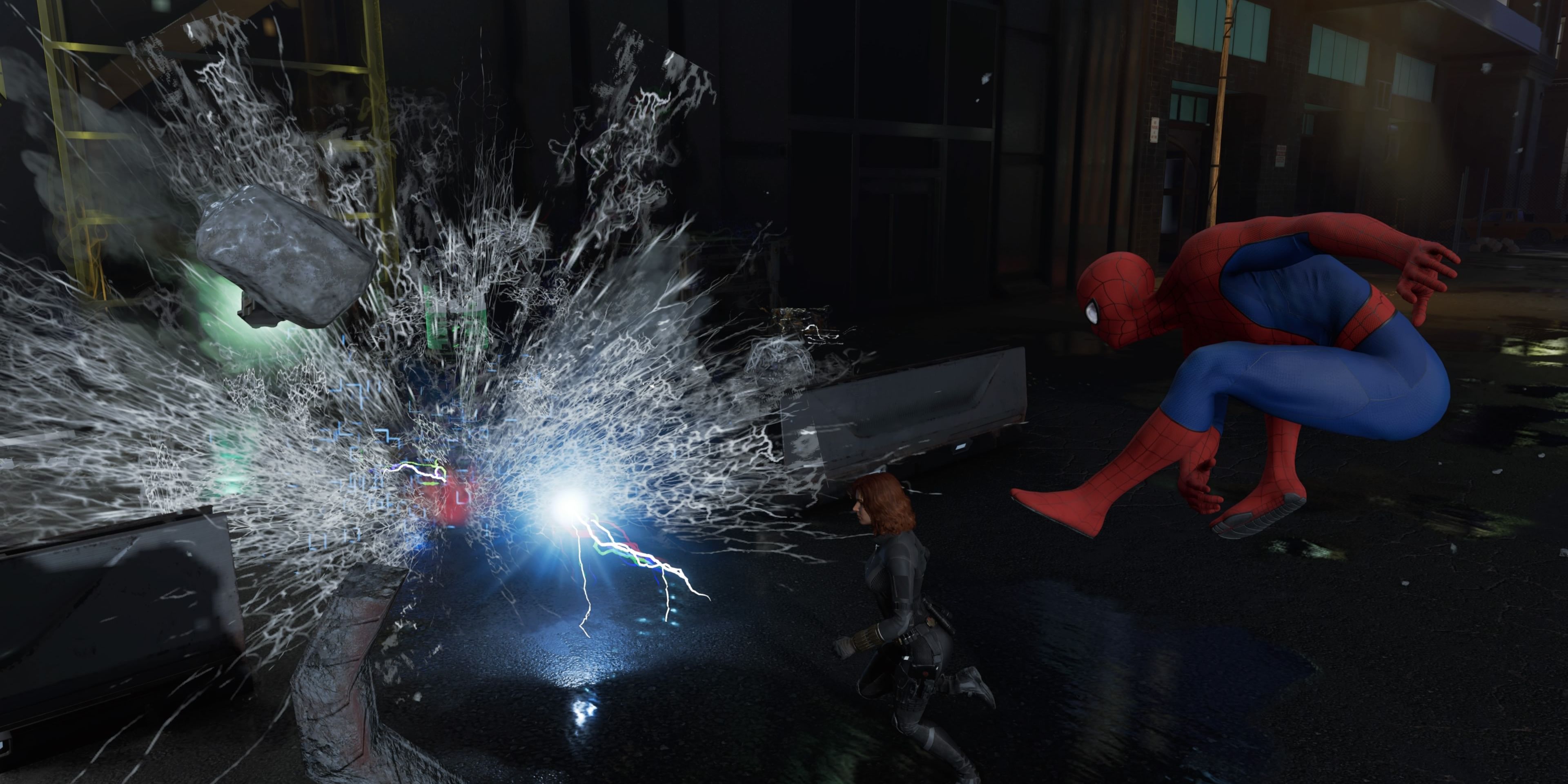 Given that there’s already a full-fledged Spider-Man game on PlayStation, it’s pretty easy to compare Insomniac’s version of the character and Crystal Dynamics’. Try your best not to do that and you’ll enjoy the character a lot more. The one area that both versions excel in is their web-based attacks and this Spider-Man has quite a few attacks at his disposal.

Spider-Man can use his Web-Shooters to fire Web projectiles that can temporarily immobilize enemies, though his long-range damage isn’t as strong as other characters. His special abilities, Web-Bomb and Wrecking Ball, are perfect against large groups of enemies. A bonus from using Wrecking Ball is it provides impact armor to reduce all damage taken, while also increasing Spidey’s overall damage output.

Use The Spider-Drone As A Web Defense Turret And Healer 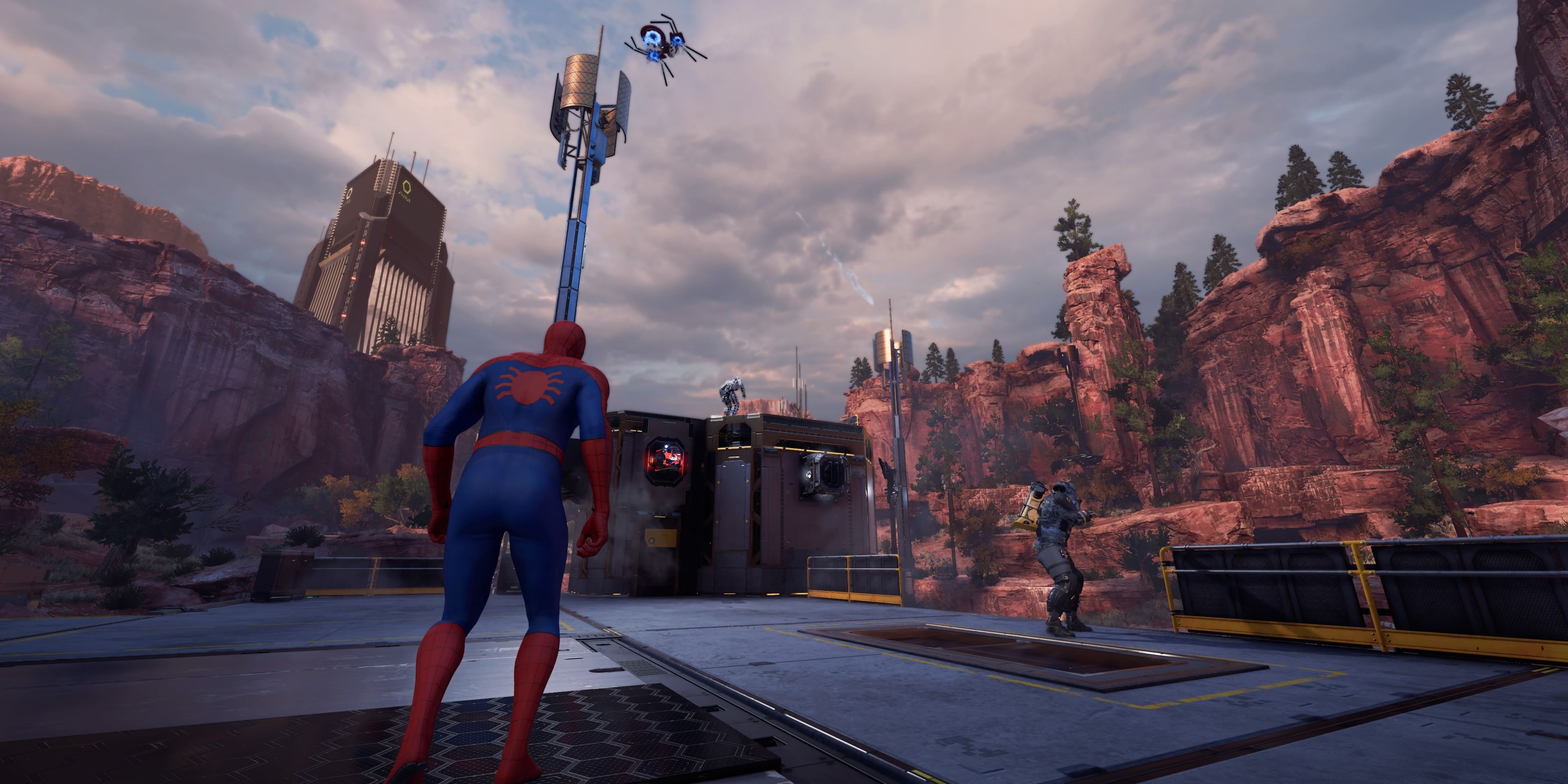 Peter Parker’s genius sometimes gets overlooked by his acrobatic athleticism and sarcastic remarks, but we assure you, he’s one of the smartest people in the Marvel universe. By using that big brain of his, Spider-Man developed a handy gadget known as the Spider-Drone. When deployed, the drone will fire Web projectiles at surrounding enemies.

Spider-Man can designate a defense area for the drone to monitor, essentially creating a web defense turret in sticky situations. Once you reach level 15 and unlock Spider-Drone Specialization, be sure to select Medical Attention. This ability allows the Spider-Drone to emit a healing pulse every five seconds that restores 50 percent health for allies in the area. 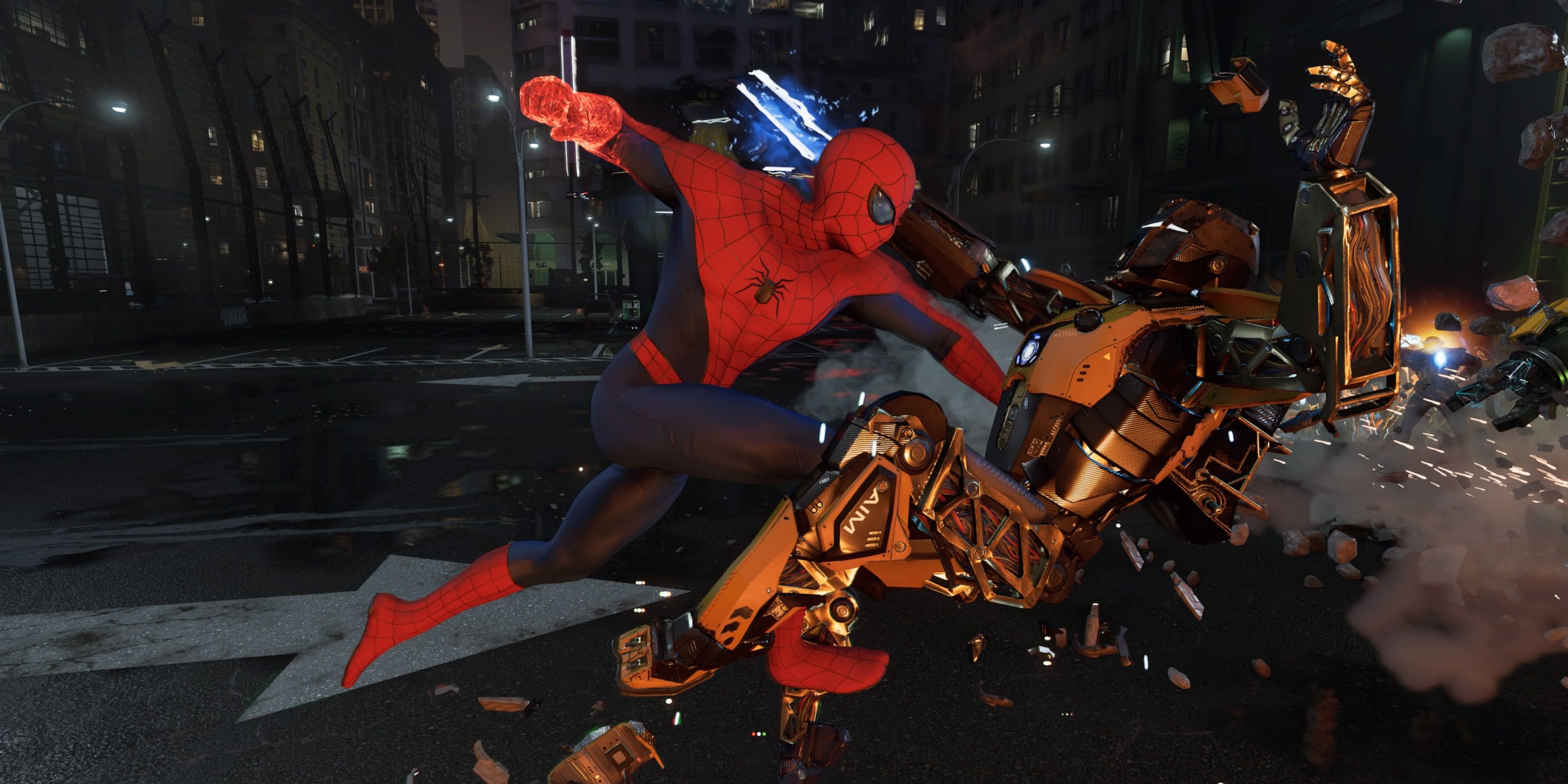 Although Spider-Man possesses a plethora of long-range web attacks, his speciality is fighting up close and personal. His natural ability to integrate webs with normal kicks and punches means you should start by focusing on maximizing his Might. After Might, prioritize his Precision and get his ranged attacks at a more respectable level.

Combining Spider-Man’s standard Web-Shooters and his normal attacks will have enemies down for the count in no time. Peter can take this combination to the next level with Web Brawler. After unlocking Wrecking Ball Specialization at level 15, you can acquire the Web Brawler ability that wraps your fists and feet in webbing after using Wrecking Ball. If there are any surviving enemies after using the special attack, Spider-Man’s webbed physical attacks will beat the snot out of them and also temporarily immobilize them.

Spider-Sense Does More Than A Perfect Dodge 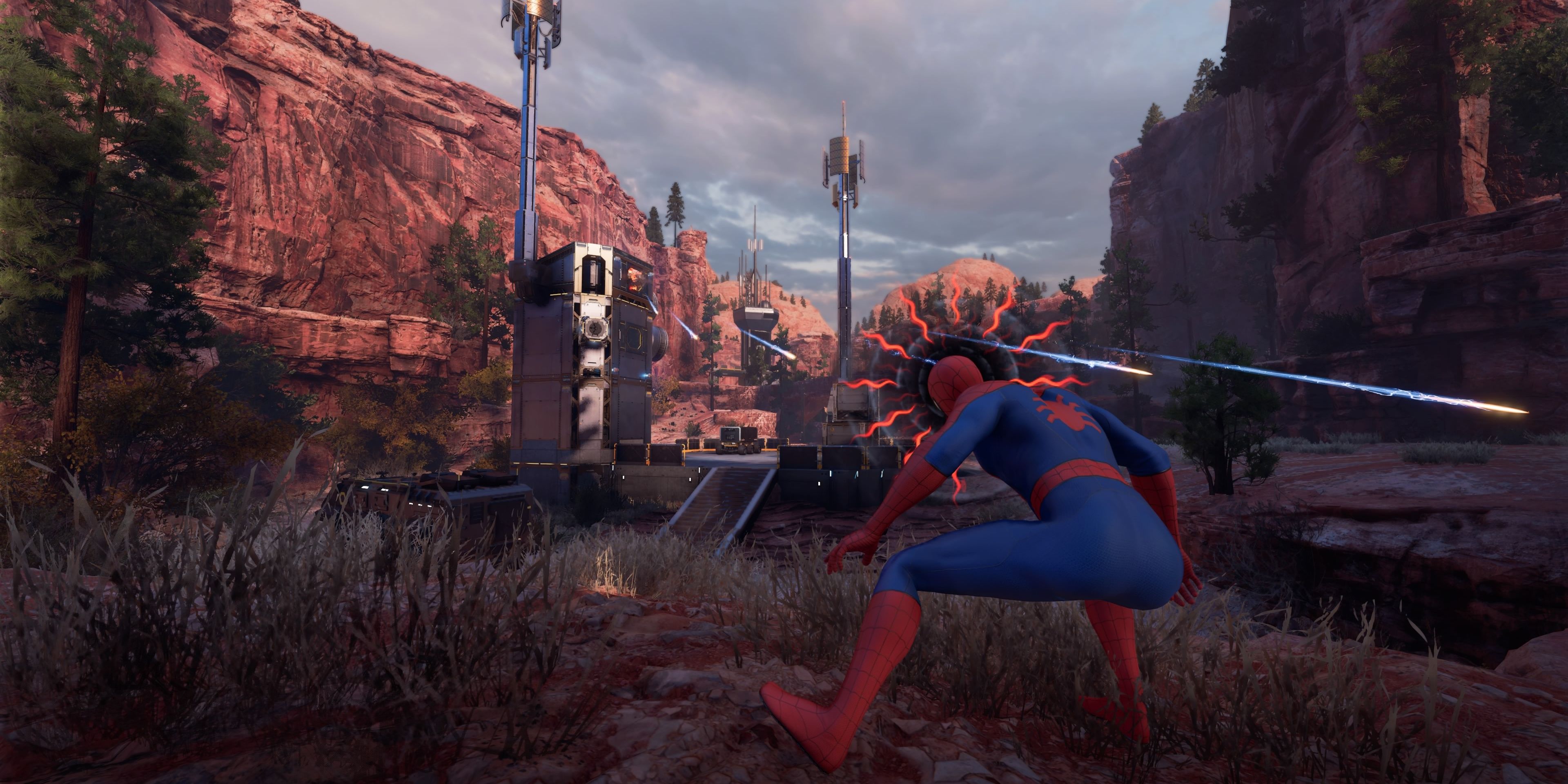 Every character can perform a Perfect Dodge that will slow down time momentarily and leave enemies open for a devastating attack. Spider-Man already has this ability in his Spider-Sense and it operates a bit differently than others.

When the intrinsic meter is full, Spider-Man can perform a takedown without having to stun an enemy. After you unlock Spider Stamina, you can acquire the Harder They Fall ability that will allow Spider-Man to perform a takedown on larger enemies without having to stun them. Another nice touch on his Spider-Sense is the little red squigglies shooting from his head instead of the bluish indicator from an enemy attacking. 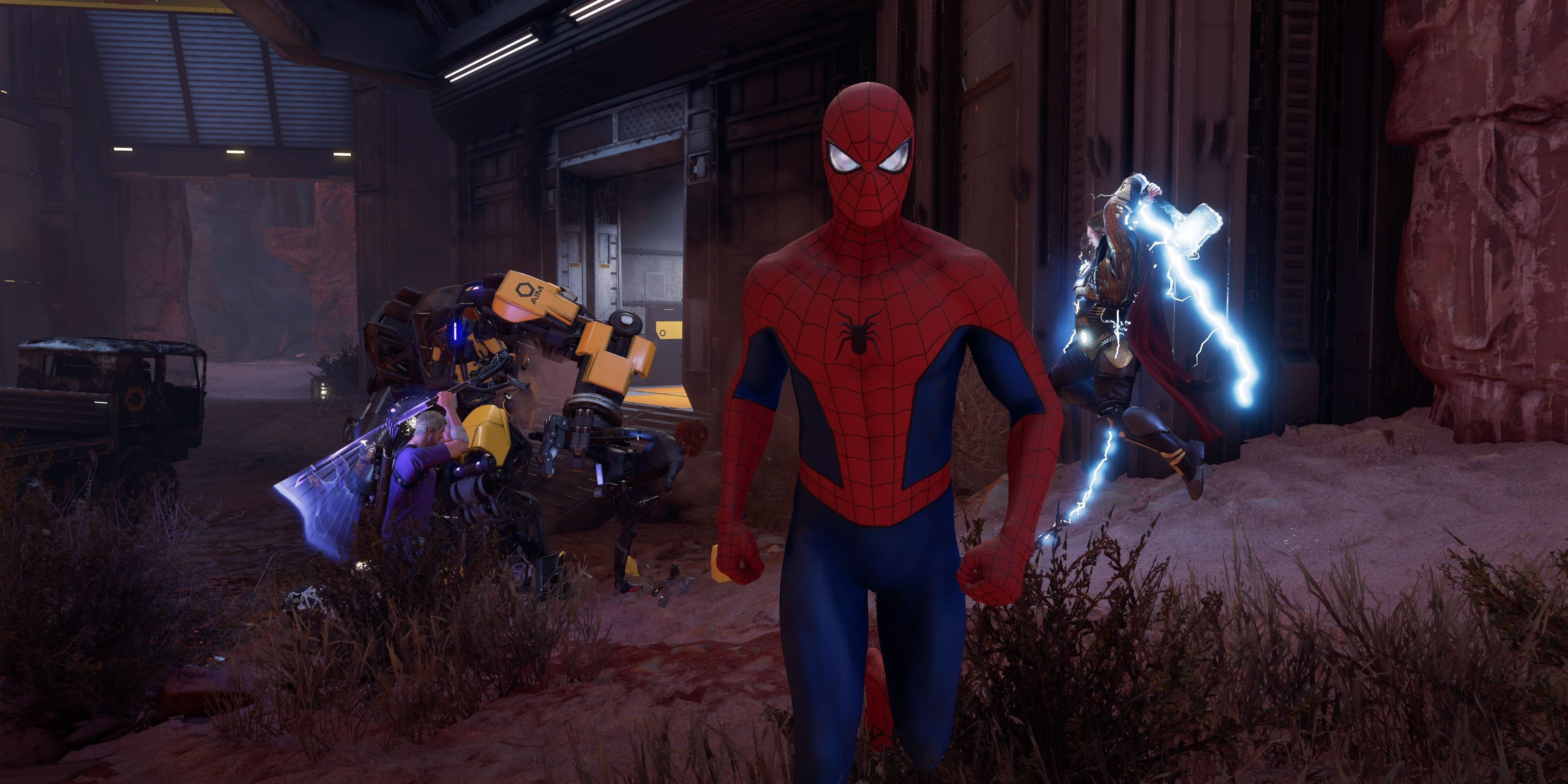 Just like with any character in the game, having a competent team composition will help maximize your skills and abilities. The same is true with Spider-Man. Figuring out who he works well with will open up new attacking patterns and opportunities for the webhead. Due to Spider-Man’s long-range attacks not being that powerful, having heroes who excel with long-range damage is something to look for.

Depending on other characters’ power levels, you should lump Spider-Man with a combination of Black Widow, Thor, Iron Man, and one of the Hawkeyes. Natasha Romanoff’s Veil of Shadows is one of the best abilities in the game, making her and her allies invisible. Having Spider-Man swinging around and attacking from above while invisible is a deadly combo.

Because Spider-Man can immobilize enemies with his webbing (mainly against walls), having the long-range attacks of Thor, Iron Man, Kate Bishop, or Clint Barton will make it a lot easier to clear them out.