You don’t need to be a highly trained Russian agent to master Black Widow in Marvel’s Avengers, but there are some tips and tricks you can learn that will make her far more lethal.

If you’re a fan of combo heavy action games that reward precise inputs with high damage and flashy combos, then Black Widow is the obvious choice out of Marvel’s Avengers’ roster of heroes. She mixes both melee and ranged combat, allowing her to deal damage and keep applying pressure no matter what range she’s at. She is also a master at controlling that distance with her grappling hook. As a “normal” human, though, she isn’t built to take a ton of abuse from the harder hitting robots and mercenaries you’ll be going up against.

How To Play Black Widow In Marvel’s Avengers

Black Widow is the striker on the team, rushing in to start dealing damage while keeping on her toes to avoid threats. She plays best when you’re able to switch focus between multiple opponents, attacking one, dodging another, and grappling away and firing when things get hairy. She’s all about speed and split decisions, somewhat like a glass cannon.

Related: Marvel’s Avengers Introduces The Most Adorable M.O.D.O.K. Ever 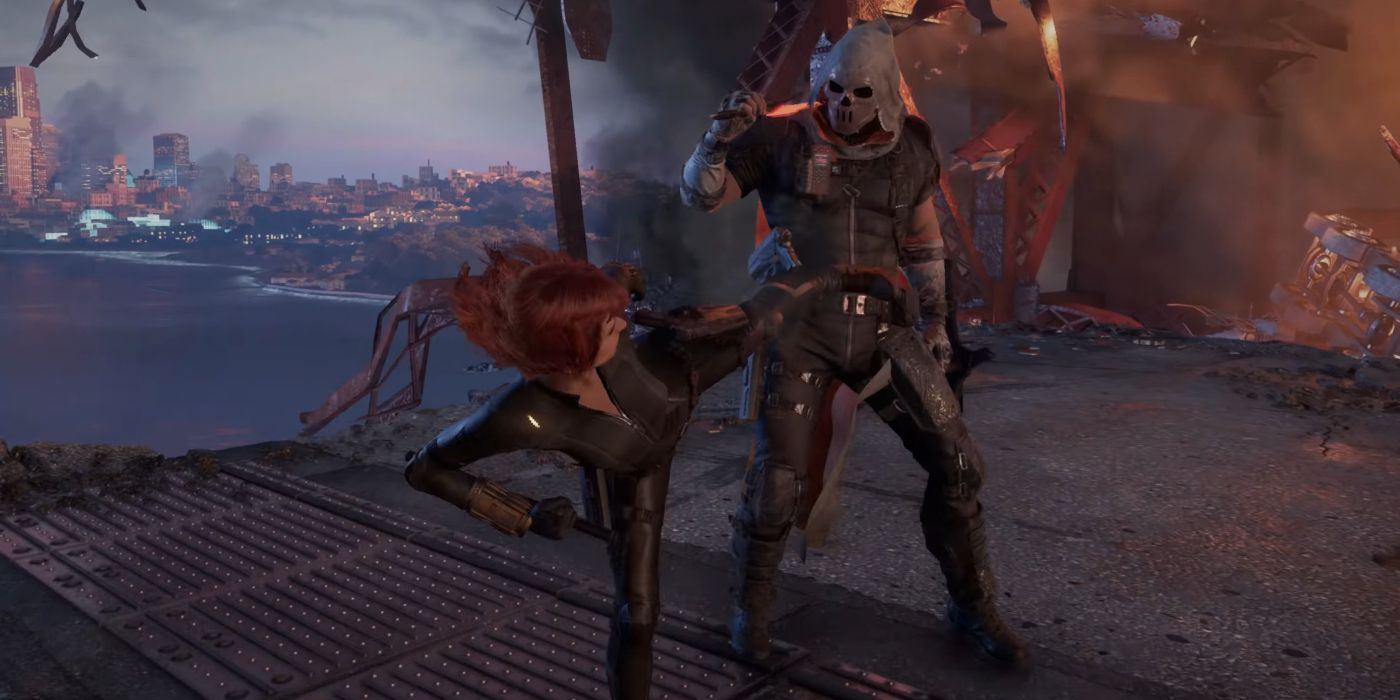 Since mobility is such a key aspect of Black Widow’s effectiveness, upgrading your Widow’s Line with Power Line is a skill you should invest in early. It extends the range of your grappling hook so you can zip all around the environment in all directions to the point where you’re basically on par with a flying character.

Whiplash will be your best friend once you master the parry, giving you the opportunity to press Triangle or Y after you successfully parry an attack for a follow-up attack using her grappling hook. This would be great if all it did was add an offensive option to your parry, but it also does great damage and leaves the attacker wide open for a full combo.

While you’re zipping around the air, Night Watch is a perfect opener for when you ambush a group from the air. Just hold Triangle or Y above your target to dive down with your batons to knock all foes off their feet, or destroy their shields if they happen to have one. 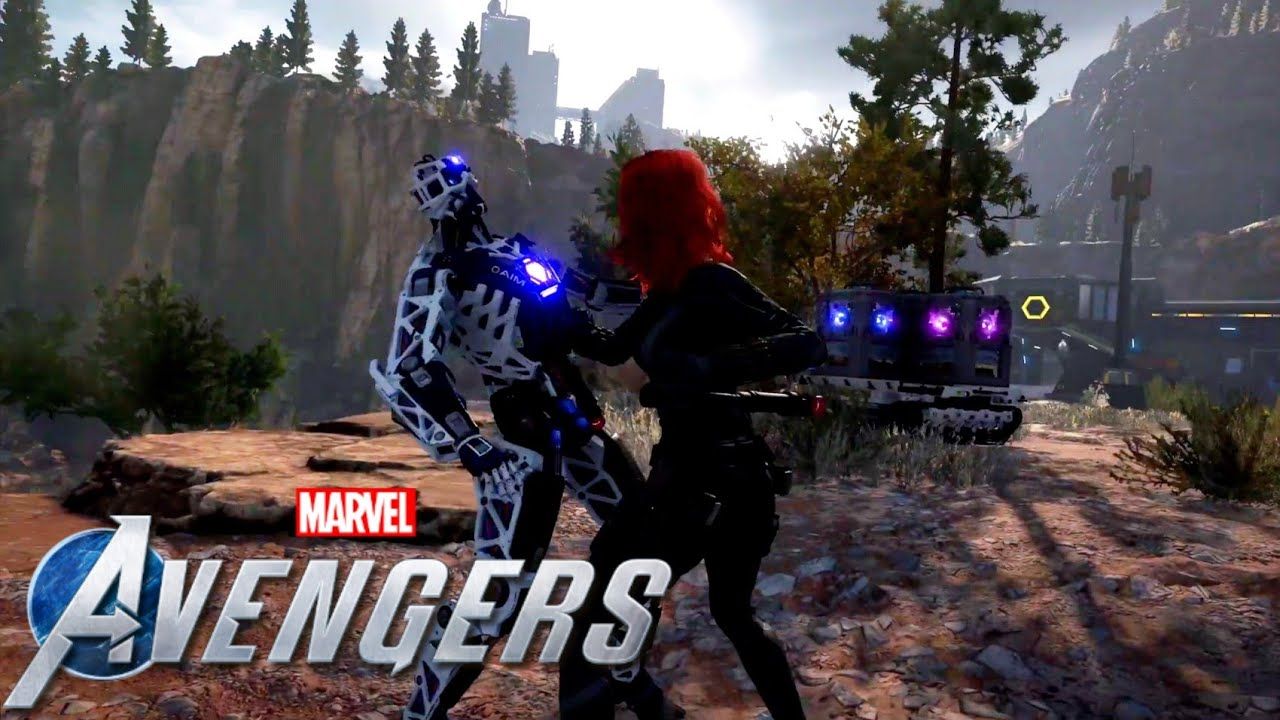 Black Widow is a pure damage and offensive focused character. You’ll almost certainly want her Might to be high considering how combo-focused she is, and Proficiency bolsters her crits and perks. Intensity is a nice one to round her out, making her stun moves more powerful, but also making her more resistant to them if the enemy ever manages gets a hit or two in.

Again, Black Widow’s humanity kind of holds her back in terms of how flashy her Heroic Abilities are in comparison to the others. Just like all of Black Widow’s tools, though, they all have a function and situation where they shine. 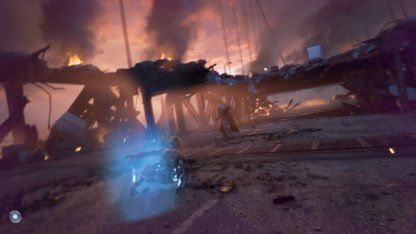 Her Support Heroic is Veil of Shadows, temporarily turning her, and any allies around, invisible. This is a very versatile skill that can work wonders both for defensive and offensive purposes. Turn it on when you need to back out of a bad situation, or activate to overwhelm annoying enemies.

Widow’s Bite is her Assault Heroic, and is the only ability in the game that you can get up to three uses on. When you trigger this attack Black Widow will shoot out a ball of electricity at a target, which will explode upon contact. The blast will stay in that spot for a couple of seconds after the initial explosion, dealing damage over time to any enemies still inside. Because this move has a short recharge time, and can store multiple shots, there’s really not a bad time to use it.

Black Widow’s final Heroic ability is Power Surge. This move buffs her speed and attack with electricity, essentially just making her an all around better version of herself. Save this move for when you need to dish out a ton of damage fast.

The other skill trees besides her primary focus on buffing and modifying Black Widow’s other skills and abilities. Her Specialty skill tree has four branches, one for each of her Heroic Abilities, and one for her Intrinsic Ability. These can do things such as increase how long her Veil of Shadows lasts, to making her Widow’s Bite a melee attack rather than ranged. Her Intrinsic Ability can be leveled up to gain more energy faster and increase her crit chances when overcharged.

Mastery skills also boost her Intrinsic Ability, but also her ranged, invisibility, and utility skills. The Intrinsic skills primarily focus on allowing Black Widow to build her meter faster, but also adds minor buffs to things like defense while overcharged. Ranged can make her grenades have new effects and do different types of damage, and increase her ammo capacities. Invisibility increases status and critical hit damage while invisible. Utility has a few options that can do things like creating pickups when performing takedowns to basic damage increases to ranged and melee attacks.