Minecraft Dungeons has been delayed until the end of May, so you’ll have to wait another month to get in on this family-oriented ARPG.

Minecraft Dungeons is the first game to come out of Mojang since… well, Minecraft. It’s still very much using the Minecraft theme as all the environments and characters look like they were all taken from Minecraft: Story Mode, but this is definitely not just a new take on Minecraft. It’s more like Diablo without all the complex skills and loot interactions, or the blood, guts, and gore.

It is, in effect, baby’s first APRG. But that doesn’t mean it’s bad! Minecraft Dungeons just does what Minecraft did to the survival genre: boil it down to its most basic form. 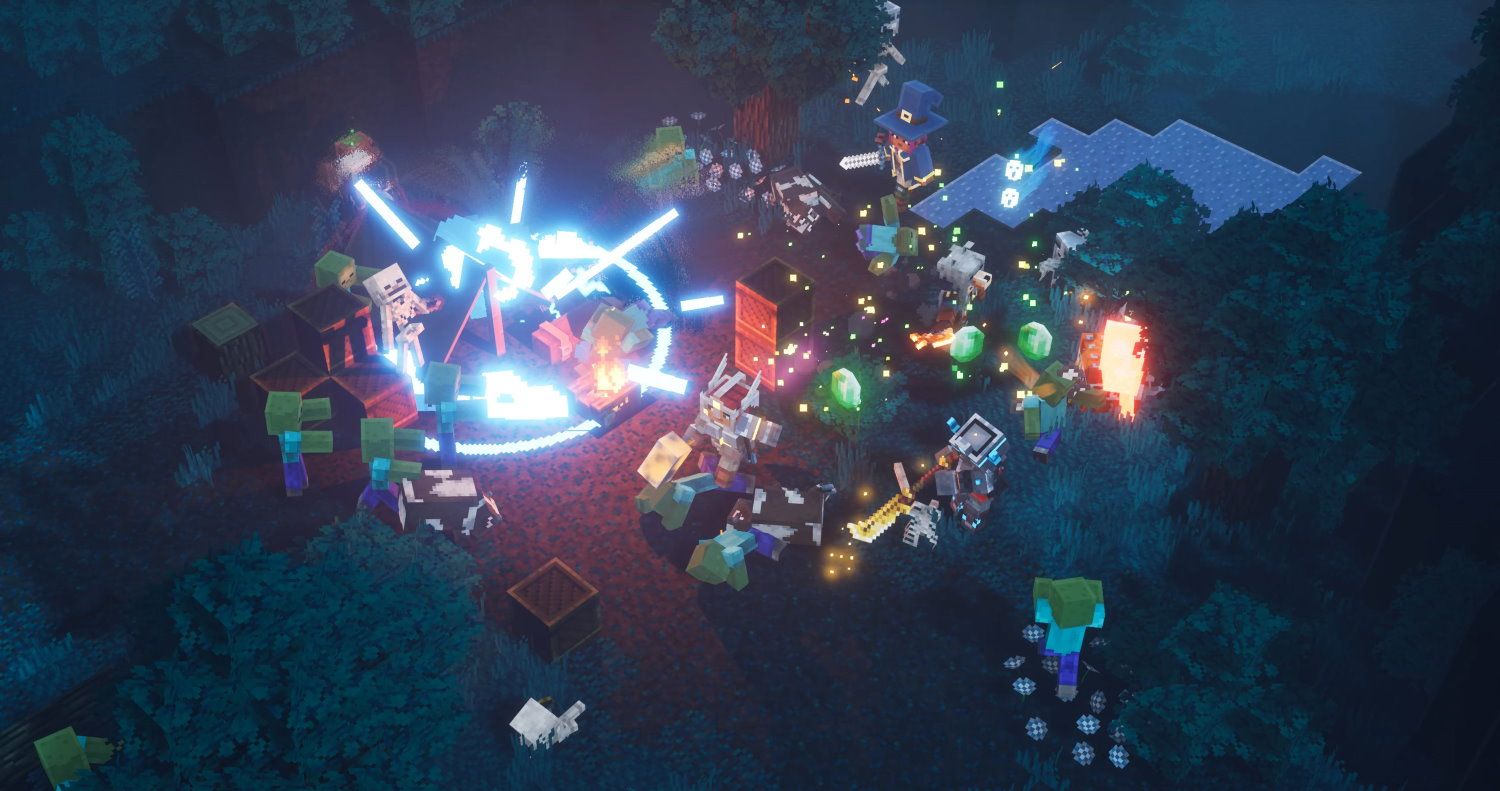 Admittedly, Minecraft eventually blew up to become complicated enough to try to encapsulate the entire freakin’ world, and maybe Minecraft Dungeons will add some complexity later on. For now, it’s a simple ARPG that will entice both new gamers and non-gamers alike.

Originally revealed at E3 2019, Minecraft Dungeons is a four-player dungeon crawl where you try to rescue villagers and defeat the Arch-Illager. Story isn’t a big selling point, so if you need a decent plot to get into a game, look elsewhere.

There are no classes, no skill trees–everything about your character is defined by loot. Your armor has abilities and your weapons have “enchantments” that make them do special things. Every character has one ranged weapon, one melee weapon, armor, and some consumable items like food and potions. You find better stuff randomly from slain monsters and chests, with new stuff progressively adding bigger and better stats.

Dungeons are all procedurally generated and character and auto-scaled so that low-level players can still play with higher-level players and have fun. They might not be as effective, but they won’t die immediately to a single skeleton either.

Speaking of skeletons, you’ll find a lot of Minecraft references throughout Minecraft Dungeons, including the dreaded Enderman.

Minecraft Dungeons used to be coming out at the end of April, but now the release date has been pushed back to May 26. The game will be out for all major platforms, including PS4, Xbox One, Windows PC, and Nintendo Switch. Minecraft Dungeons Standard Edition is just $19.99, while Hero Edition will come with two yet-to-be-announced DLC packs and a bunch of cosmetics for $29.99.