Minecraft: How To Get Powdered Snow

Over the years, Minecraft has added tons of variations to existing blocks in the game. One of the new variations that you will come across is powdered snow. This chilly block can be used to trap others, providing the freezing effect. Powdered snow can be hard to get your hands on at first, but fortunately, we are here to help. 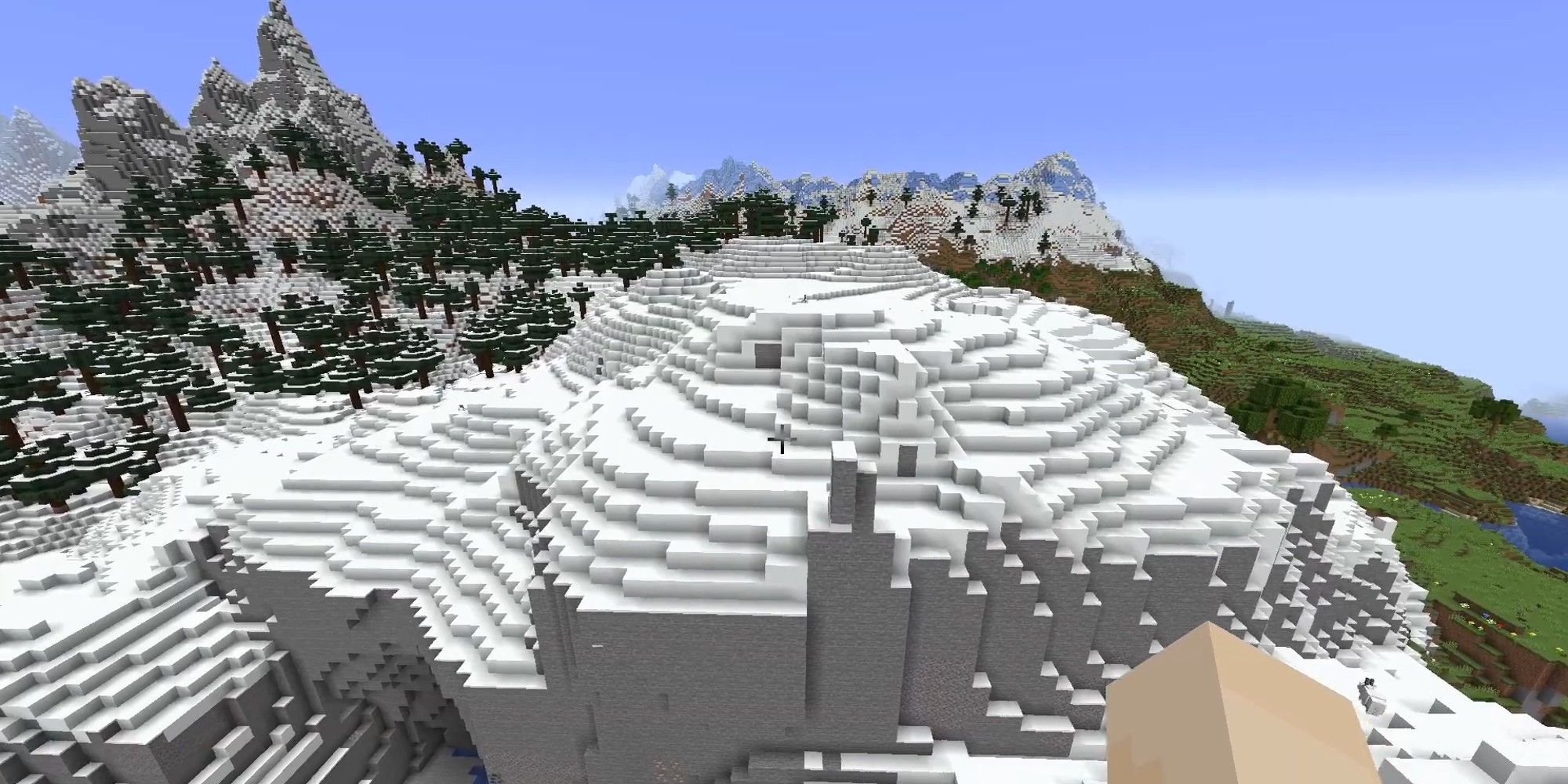 With the 1.18 Caves and Cliffs update, we have a variety of new biomes. Two of these biomes, Groves and Snowy Slopes, will contain naturally spawning powdered snow.

You will be able to use a bucket to scoop up this powdered snow.

It's important to keep in mind that powdered snow cannot be mined with any tools. If you attempt to use a tool, the snow will break but no block will drop. This applies to tools enchanted with Silk Touch as well. 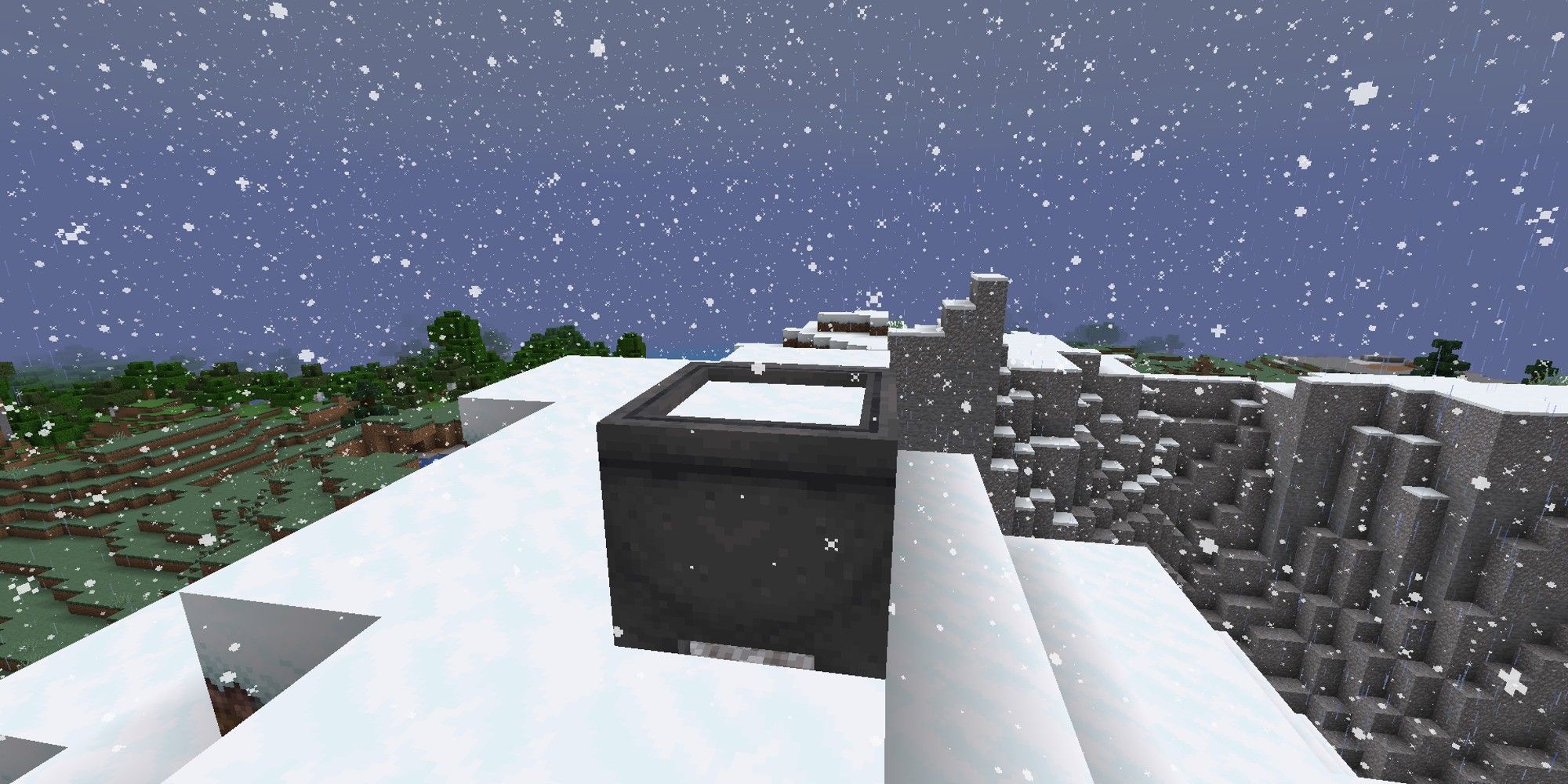 Powdered snow can also be gathered using just a cauldron and a bucket. Cauldrons are essentially tubs that can collect water, lava, and powdered snow. With a cauldron set up in a snowy biome, it will slowly accumulate powdered snow.

Once the cauldron is filled with snow, you can scoop it out with a bucket. 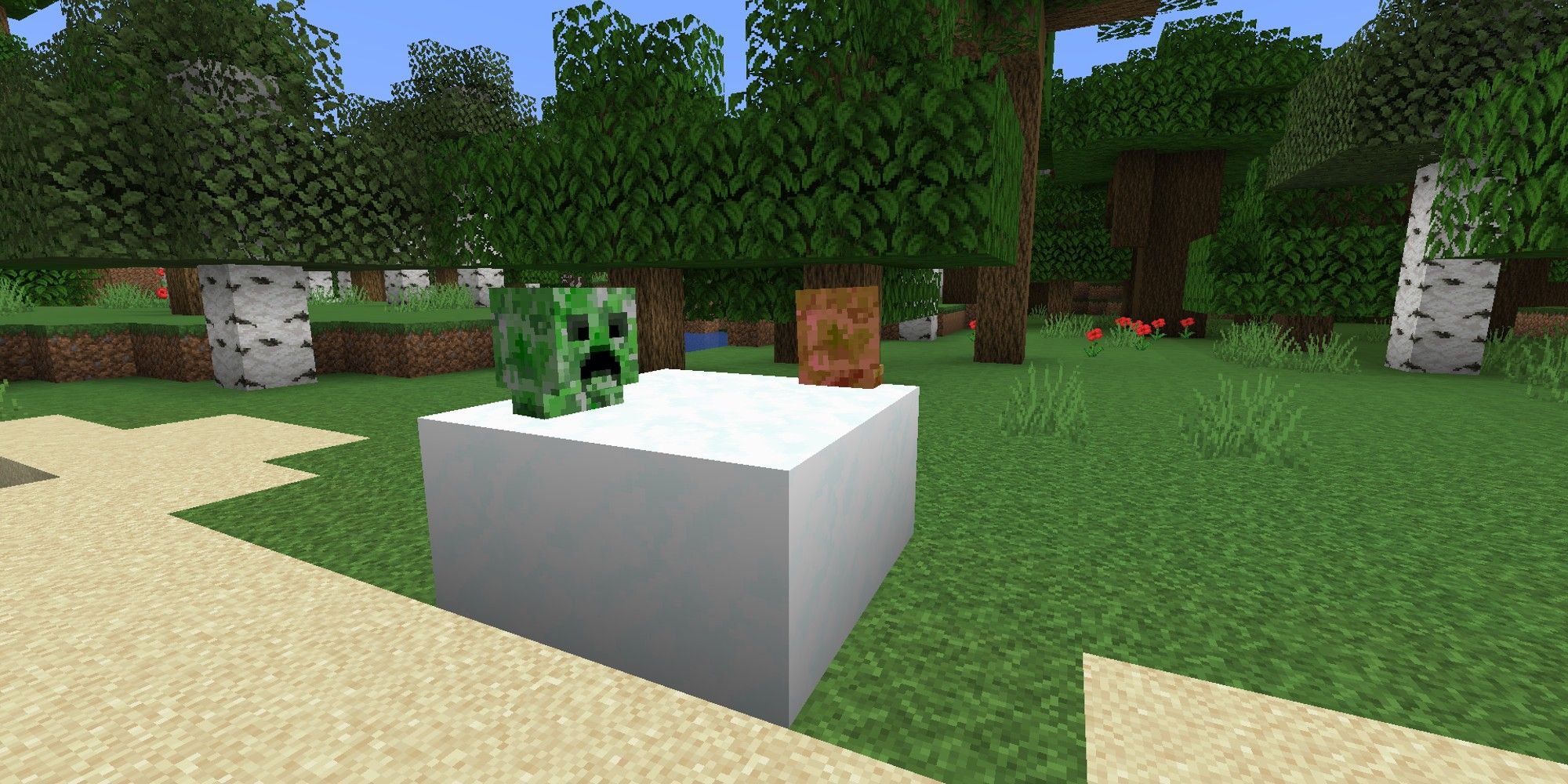 Powdered snow can be placed directly on the ground by using a bucket. To do this, all you need to do is hold the bucket and interact with your desired spot. Doing so will place a block of powdered snow on the ground.

Unlike normal snow, you will be able to walk through powdered snow. This will slow you down and apply the freezing effect.

What Is The Freezing Effect? 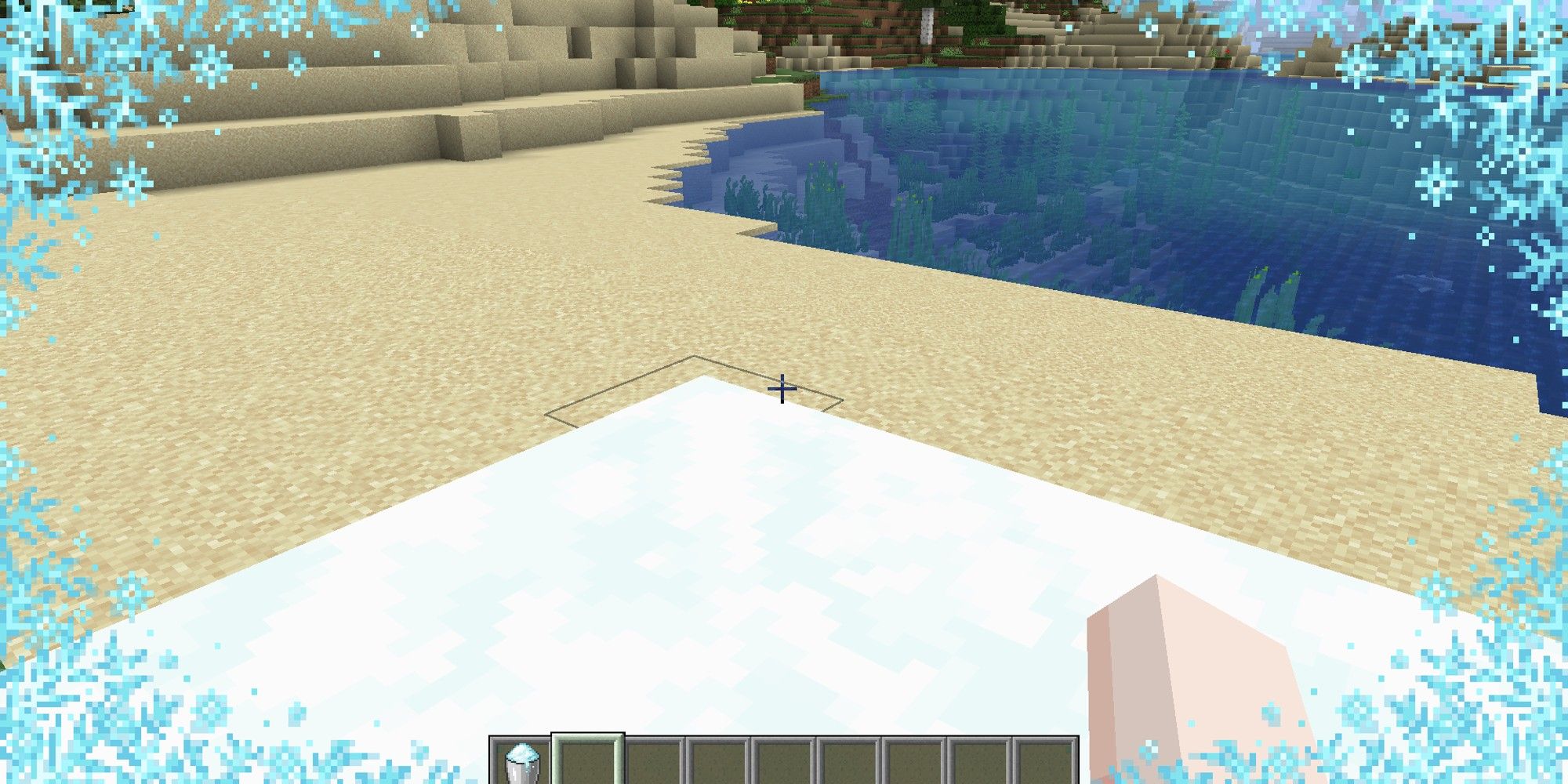 When you or any mob walk into powdered snow, the freezing effect will occur. After around seven seconds, your health bar will display as blue hearts, and you will take half a heart of damage every two seconds.

In addition to taking damage, the edges of your screen will appear frozen, narrowing your field of vision. When you leave the powdered snow block, the freezing effect will gradually fade.

The freezing effect can be avoided by wearing any piece of leather armor.

With leather armor, you will not sink into powdered snow or take any damage. This is a great way to secure your base from mobs other players. If you equip leather armor and place a thick layer of powdered snow in your base, you can quickly cross while others risk freezing to death.

Freezing can apply to every mob except the ones listed below.

If a skeleton goes into powdered snow, it will turn into a stray rather than taking the damage from freezing. Once they become a stray, they are immune to the freezing effect.

Lastly, any fire-related mob will take extra damage from the freezing effect. Rather than taking half a heart of damage every two seconds, they will take two and a half hearts of damage in the same amount of time. These fire-related mobs can be found listed below.

That's all there is to know about powdered snow. Overall, it's the perfect trap block since it looks similar to normal snow. Next time it snows in your Minecraft world, be sure to set out a few cauldrons!