Monster Hunter’s Wirebug Was A Mistake

Monster Hunter Rise’s signature ability, the wirebug, got a major upgrade in the Sunbreak expansion as every class gained access to a suite of new powerful switch skills. These abilities further extend the control and versatility of each weapon type and give players even more mobility options and ways to approach a fight. The wirebug has changed Monster Hunter into a faster, more reactive game, but I’m not sure the series is better for it.

I hate to call out the one Monster Hunter Rise mechanic that everyone seems to agree is good. I also love the freedom that the wirebug offers. The ability to instantly fling yourself into or out of combat, whether you’re carrying a giant hammer, tiny dual blades, or anything in between, makes Monster Hunter a much more forgiving game. If a fight isn’t going your way, you have the means of escaping and regrouping, and if you’ve got the monster on the ropes, it's easier than ever to keep the pressure on by zipping right into their face with a heavy attack whenever they try to get away. Even as a glaive player, I have to admit the wirebug is a lot of fun. While everyone gets to enjoy some of the benefits that glaive players have traditionally monopolized, the glaive has gotten a nice aerial power boost to even things out.

Beyond the mobility, the wirebug also makes Monster Hunter Rise a flashier, more cinematic game. Seeing hunting teams fly all around the arena is a lot of fun, and some of the coolest switch skills utilize the elastic strands of the wire bug in inventive ways. I love when sword & shield users launch themselves into the air and come straight down onto the monster’s head, or when lightbow gun users spring over the monster and fire Wivernblasts straight down into the monster's back. Those kinds of showy moves are exciting to watch and satisfying to pull off.

The problem is that all of these acrobatics have changed the pace of Monster Hunter dramatically, and I don’t know where Capcom can go from here. There’s no denying Rise is a much easier game than its predecessors, and Sunbreak’s Master Rank didn’t do much to increase that difficulty. The wirebug makes things too forgiving. If you find yourself out of position while the monster rampages, you can wirebug away. If you’re not with your team when they execute a slam and knock the monster out, you can instantly wirebug in without missing much of the damage phase. Positioning and planning, which were once core disciplines in Monster Hunter, are almost entirely eliminated by the existence of the wirebug. 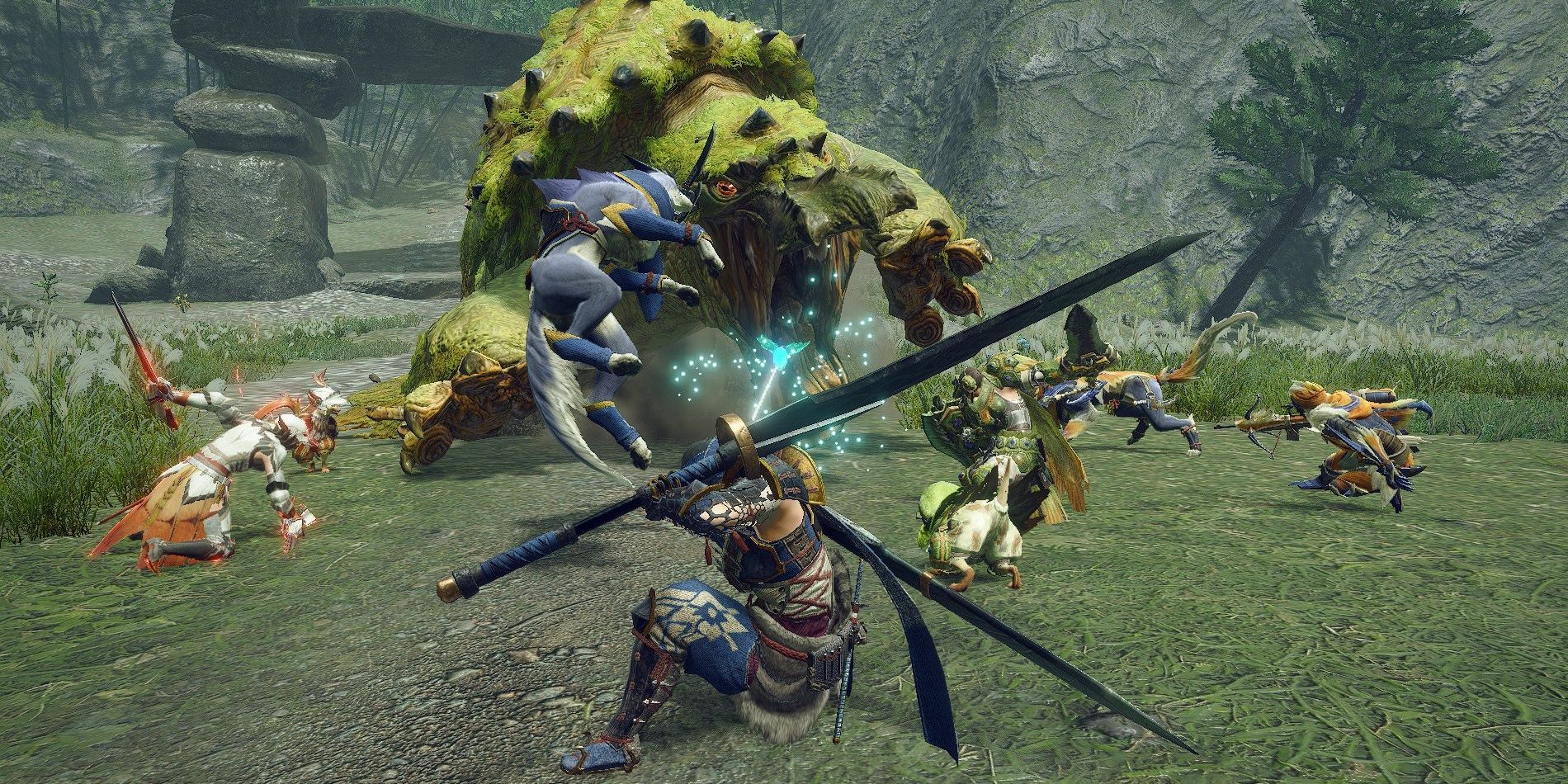 The wirebug also had a huge impact on the level design. While it allows you to launch yourself across the terrain and climb great heights, it also has an effect of flattening out the environments. It may sound counterintuitive, but Rise’s maps don’t have the same verticality as its predecessor. Every surface is horizontal or vertical, and because you can freely run up walls, the game treats them as the same thing. The wirebug eliminates the need to use the environment for traversal. There are no vines to swing on our branches to monkey bar across because the wirebug can get you wear you need to go. It makes the environments less immersive, and the level design less interesting.

It’s a bell that can’t be unrung. Now that players have gotten a taste of a more fluid, arcade-like Monster Hunter, I don’t think Capcom can just remove it entirely. Without the momentum and freedom that the wirebug offers, players are going to feel like they’re stuck on the ground with mud in their boots. If someone who has put a lot of time in Rise went back to World right now, that’s likely exactly how they would feel. I don’t think Capcom can get rid of the wirebug mechanic, even if it's reimagined as another tool in future iterations, but I also don’t think it can or should evolve beyond what it is in Rise. Monster Hunter is at risk of losing its identity and becoming something too casual and arcadey if it continues down the wirebug path. But where does that leave things? It can’t go back, it can’t go forward, and staying the same isn’t an option either – mechanics have to change from game to game to keep the series from going stale. Capcom has backed itself into a corner with the wirebug, and I think introducing it was a mistake.