Mortal Kombat has been around for a long time. It’s a fighting series that has picked up various different mechanics throughout its lifetime, but many of the characters have stayed the same.

We’ve updated our existing list of 10 with another 5 fighters that beginners can pick up and get acquainted with. Each of the fighters on the list has something to offer the rookie MK player, while providing valuable practice to branch off to other fighters.

Updated on September 9th, 2020 by Derek Draven: As mentioned in our updated intro, we’ve added 5 more Mortal Kombat 11 fighters to the list with abilities, combo attacks and fighting styles that can aid the beginner on their path toward mastery. Be sure to take every character for a spin, but try to concentrate on one of these fighters if you’re new to the game. 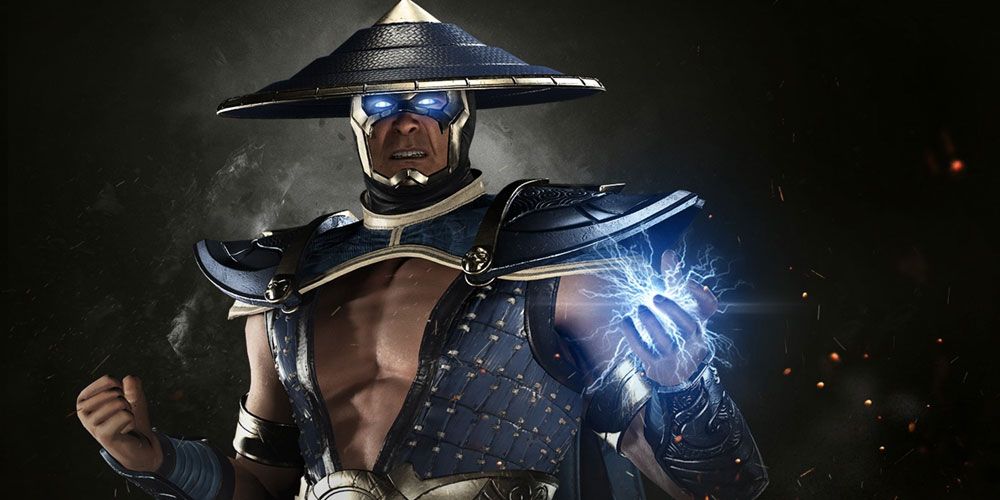 Raiden has always been an accessible character with a strong emphasis on offense, but his Teleport can also throw off opponents who lack the reflexes to counter a combo setup. His trademark Torpedo move is ever-present, and when used in conjunction with a combo, can demoralize any foe.

He also possesses his typical array of lightning-based shock attacks, each of which can stun an enemy and break their rhythm, forcing them to re-evaluate their attack methods. This makes Raiden very easy to get the hang of. 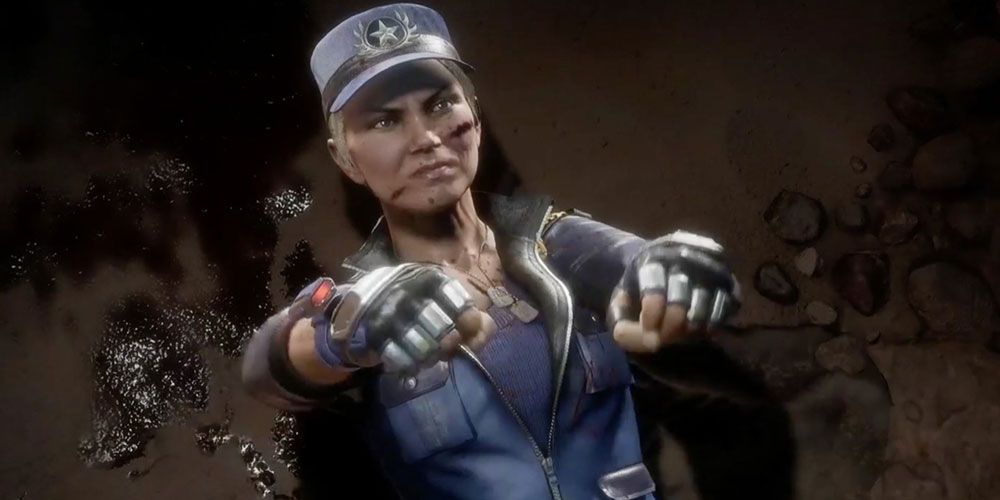 Sonya’s advantage lies in her acrobatic attacks which, when mastered properly, can throw enemies off and leave them guessing as to what’s coming next. She’s also a speedy fighter with a penchant for dizzying, fast combo work.

Sonya works best as a zoner who can take advantage of key moments to get in close and do a lot of damage before ambling away again. The inclusion of her K.A.T. Turret adds an extra dimension of keep-away to her attacks, which is great for beginner players. 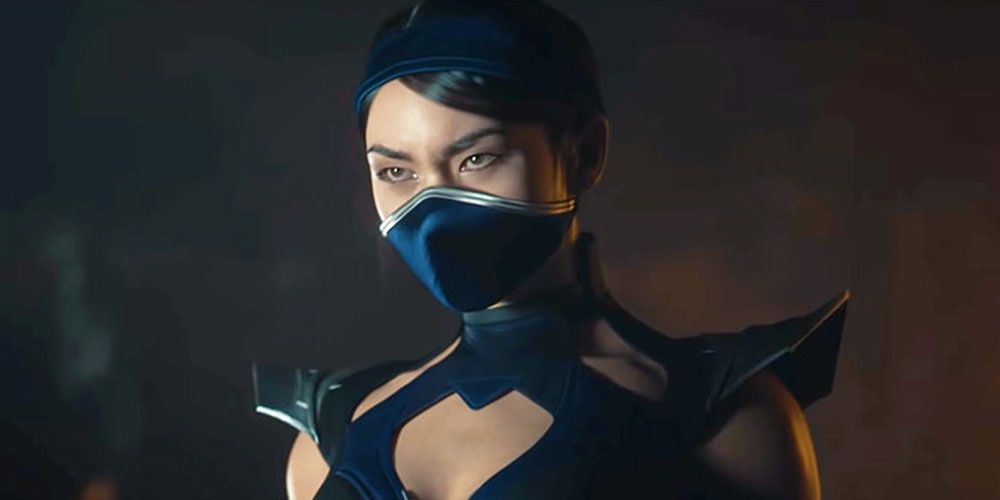 Much like Sonya, beginners will also appreciate Kitana’s ability to zone enemies with her fan attacks, while remaining nimble enough to get away from an incoming barrage. Both Fan-fare and Highborn variations allow her an excellent balance between keep-away tactics and up-close chip attacks.

Beginners should take into account the character’s low overall damage output, however. Hit and run tactics are a good way to minimize personal damage while inflicting the maximum amount on one’s opponent, but this requires some caution. 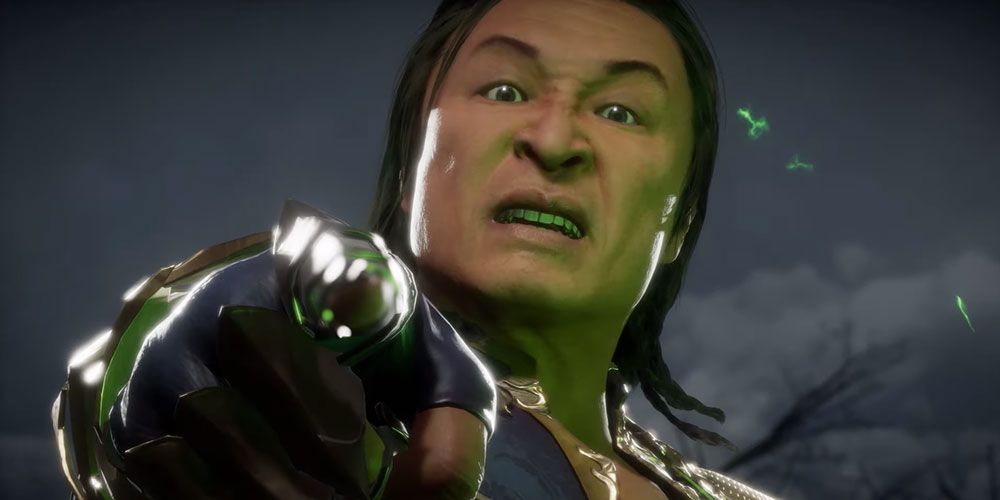 The evil sorcerer is back, and he’s got his typical selection of tricks up his sleeve in addition to some new ones. Shang Tsung is an excellent character for beginners to try out, as he has multiple strategic methods to take advantage of.

His magic-based attacks (including Soul Steal) can be used with range in mind to minimize the risk of a blocked counterattack, while his pokes and footsies can chip away at an enemy’s health bar long enough to set them up for an unexpected combo bash. 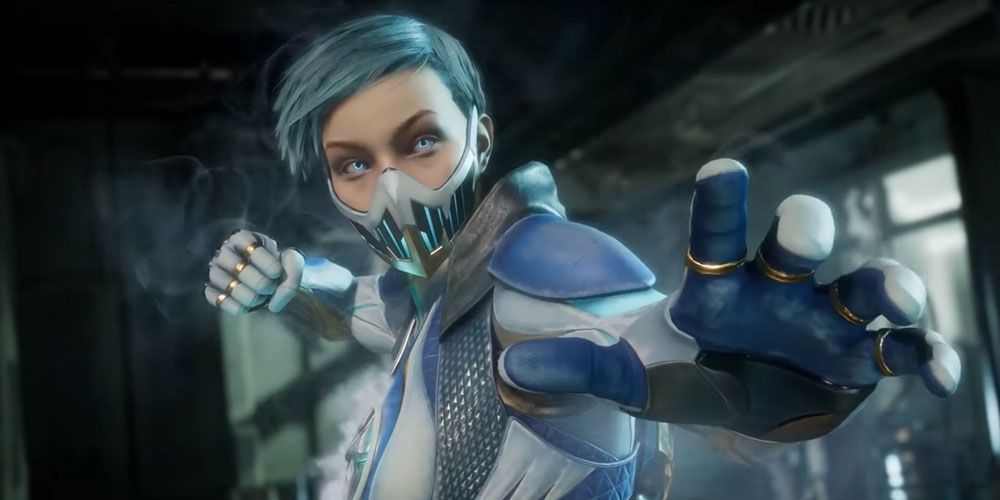 Fans might think that Frost is a Sub-Zero clone, but this is not the case. She’s got an array of attacks all her own, including special ice-based attacks that can catch opponents off guard, especially if they get too close.

Beginners will appreciate her fast, long-ranged normals, as well as her ability to freeze opponents with regular and combo-based attacks such as Winter Winds. Though her move list might be slightly unorthodox, she’s a solid starter for beginners. 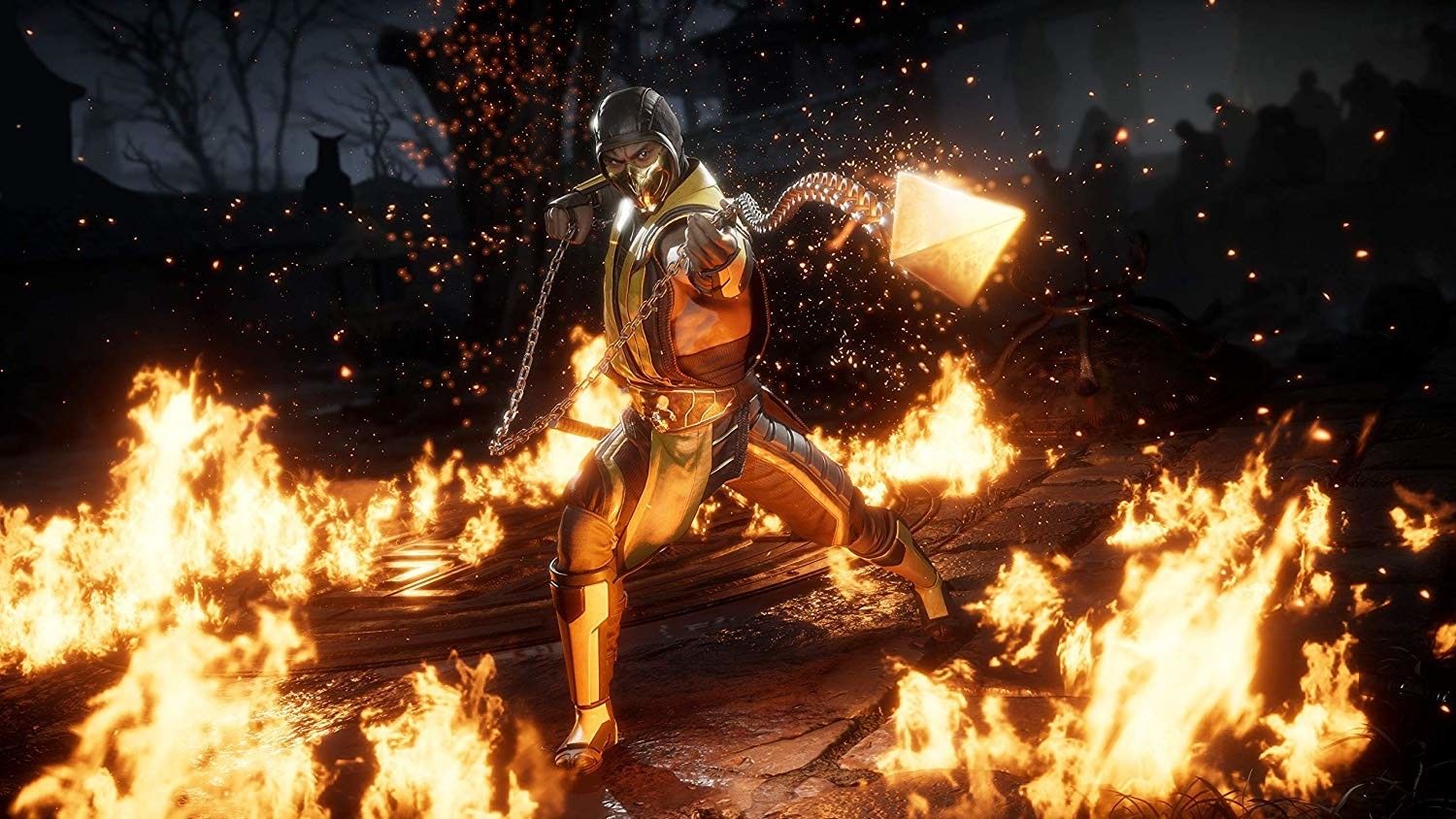 This man is widely regarded throughout the fighting community to be the easiest character in the Mortal Kombat. Anyone that is looking to get a hang of the mechanics while also having easy access to a variety of combos should look no further! It’s no surprise that the developers have done this.

Scorpion is the iconic face of Mortal Kombat in a lot of ways so they’ve decided to keep his moveset the same throughout a lot of games, keeping things simple for the new players. This is the character that the people who really don’t know how to play fighting games should pick. 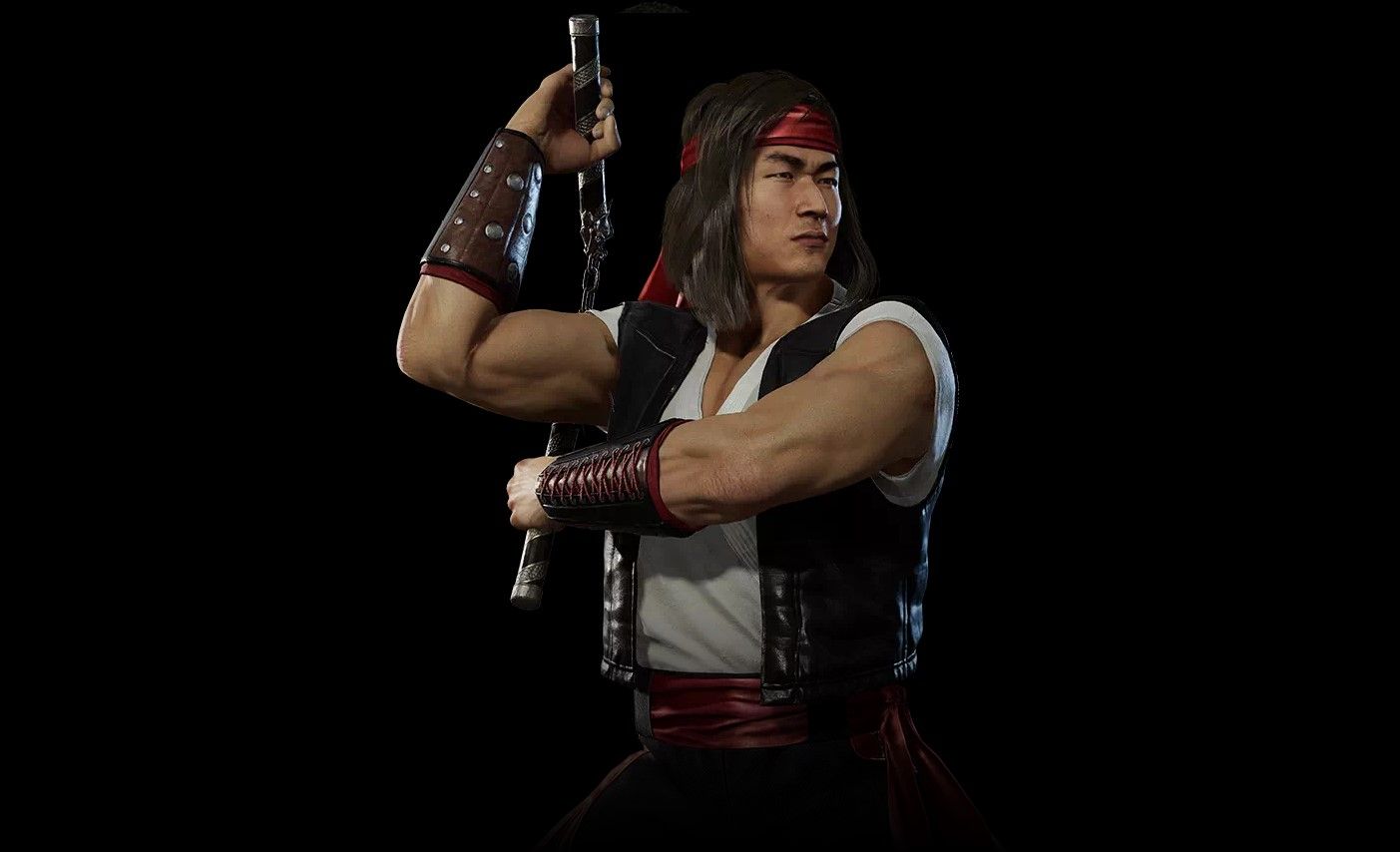 While he may be all about keeping the speed up and the pressure on, rookies should find themselves taking on enemies with ease if they choose Liu Kang as their main. Many of his special moves push the enemy back against the wall.

Once he’s got his first hit in, a rookie will be able to string out combos and chip away at the opponents health with just a small amount of practice, so just stick with him if it doesn’t feel comfortable straight away. Always keep the heat up with this guy though! 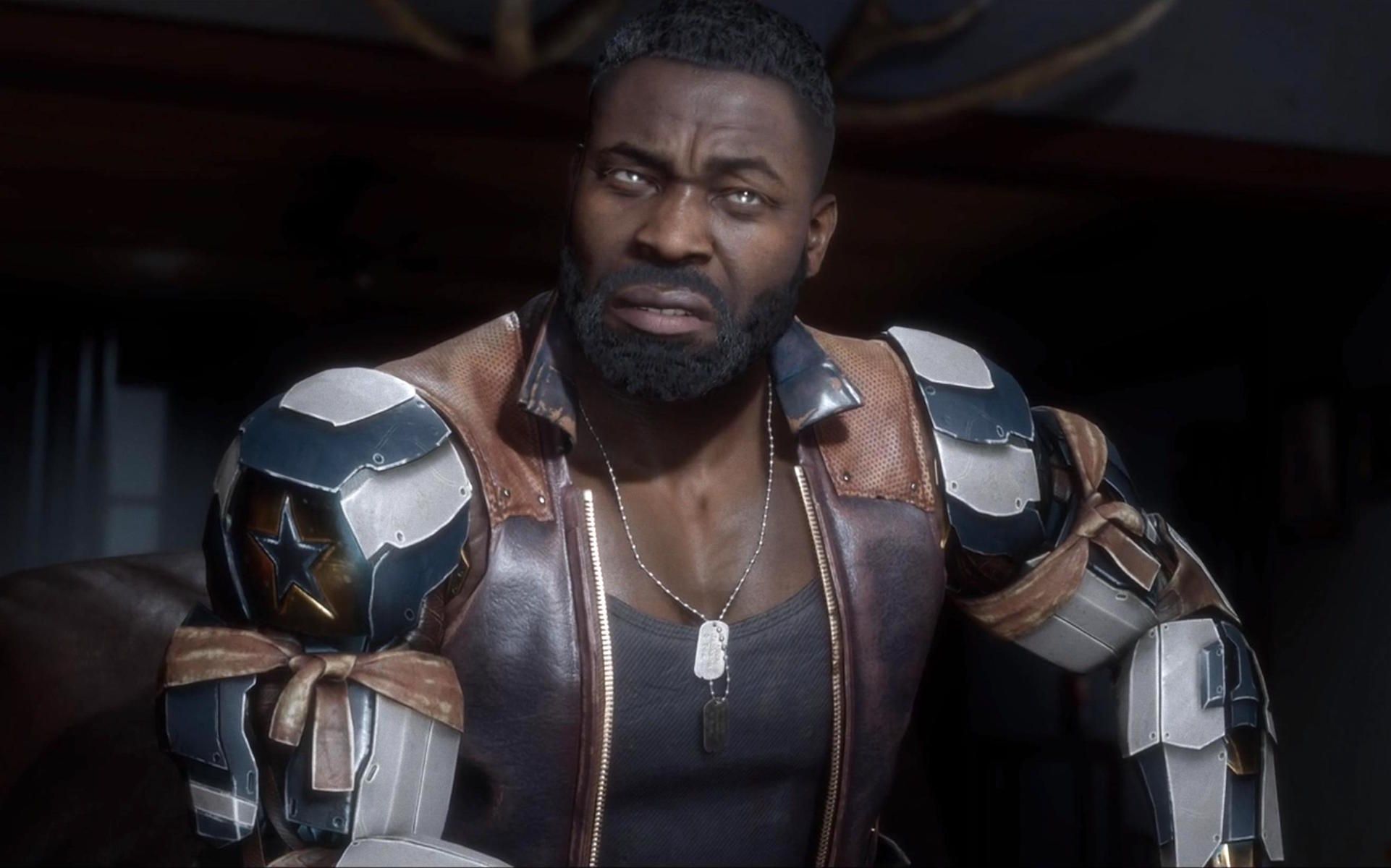 As people should be able to tell just by looking at him, Jax is all about bringing the power. Professional players like to play cautious with him before coming out swinging, but this may be difficult for someone new to the game.

The best thing about this character is that any rookie out there can pick him and just come out swinging if they want to. Learn a couple of long combos and this guy can even get starting fighters to the end of a match! 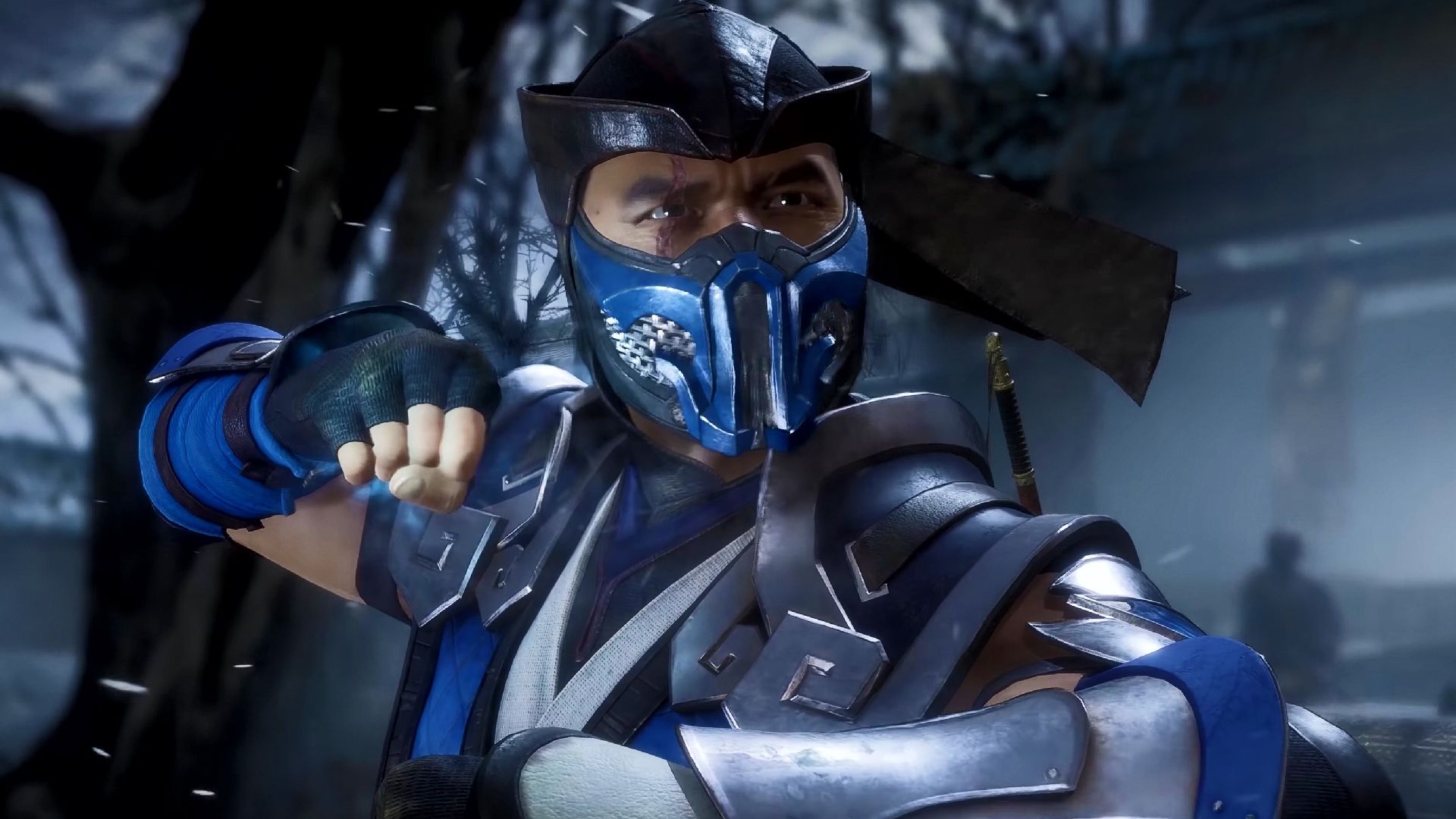 This fighter is for the players out there that like to use their special movies. His various ice powers can give a rookie the upper hand in a match, even against somebody that really knows what they’re doing.

It will be tricky for the player to remember these specials, but once they do, they will be able to take on much more experienced players if they use the moves right. A perfect player for rookies to learn how to be tricky when up against a difficult opponent! 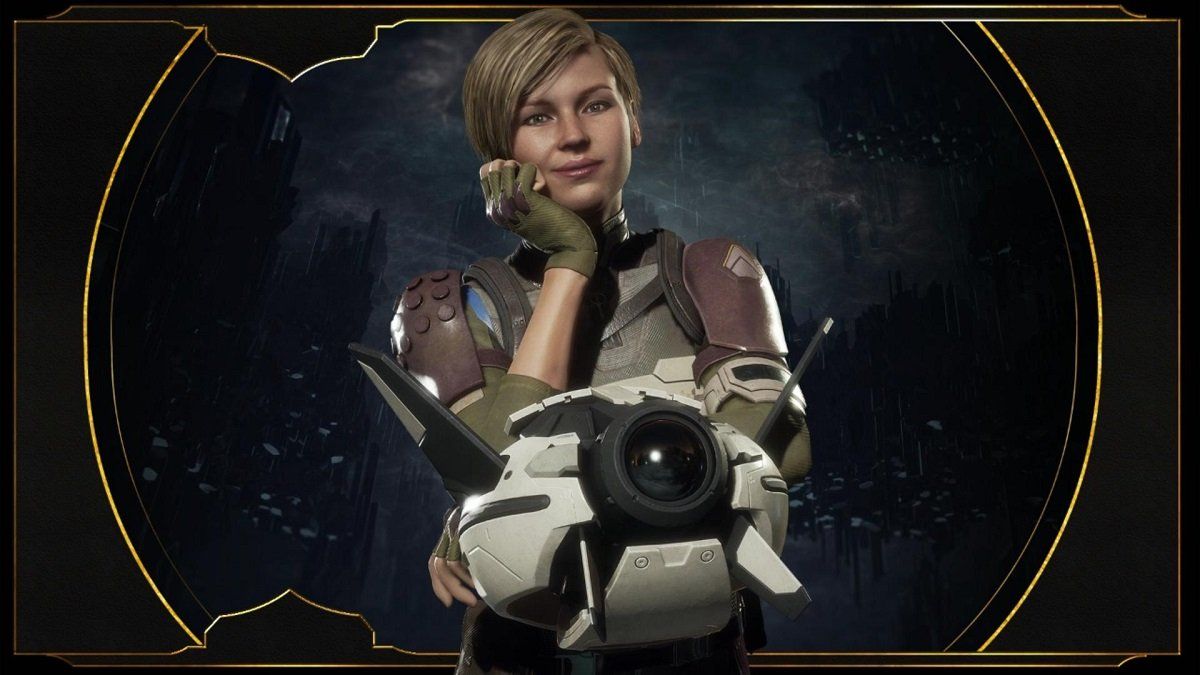 One of the things that many rookies choose to do when they pick up a fighting game is to stick with a faster character. If this is what a beginner wants to do while playing the new Mortal Kombat, they could do a lot worse than Cassie Cage.

She has a lot of different combo strings that can confuse the enemy, every move coming out at some serious speed. Once somebody get’s just one hit in with Cassie Cage, it can be game over for the other player. 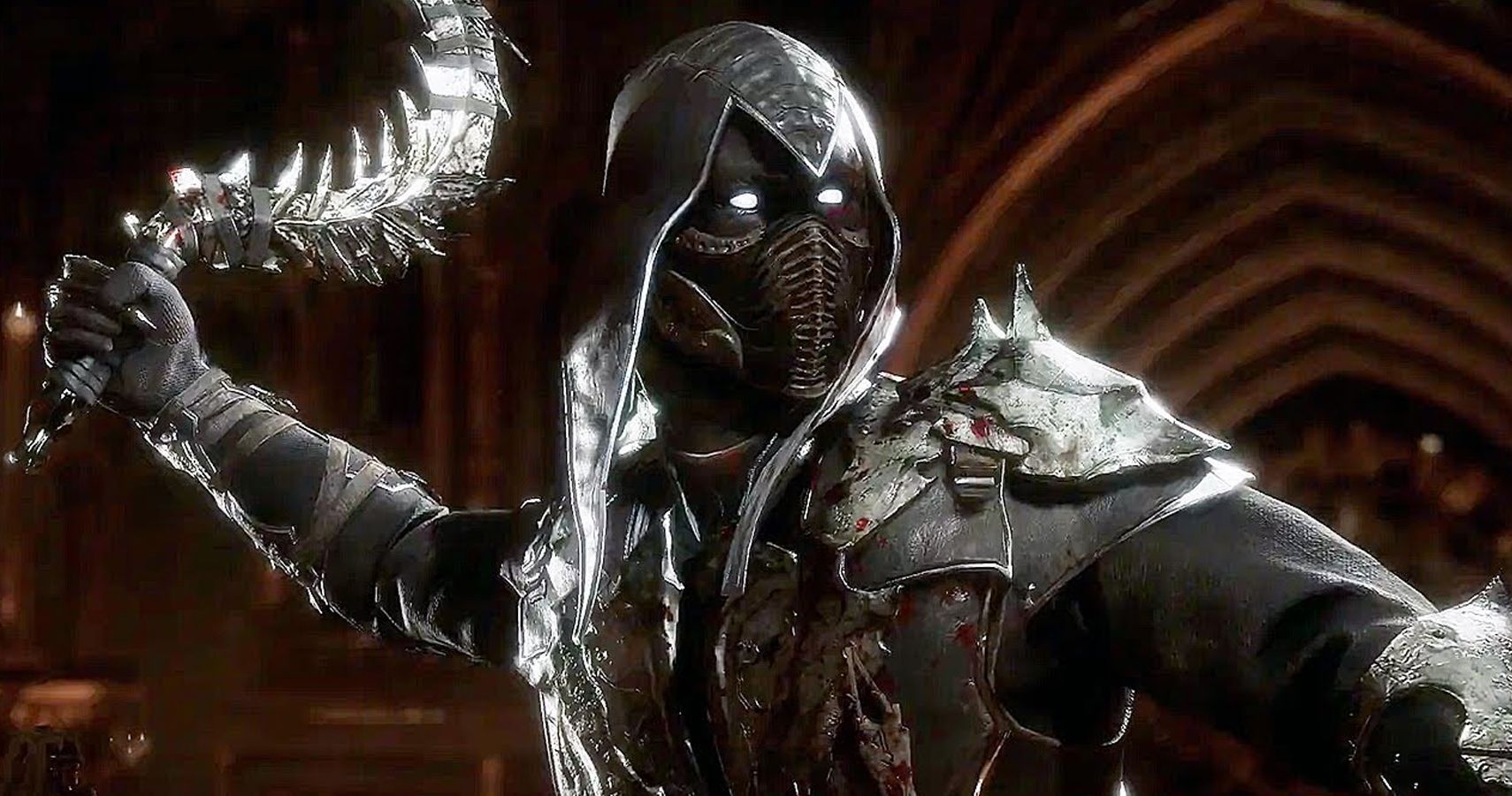 With a decent set of combos, any rookie would be lucky to find success with Noob. While many professionals choose to stay away from him, there’s no denying the quick combos that this man can dish out.

Any rookie that has played small amounts of the previous Mortal Kombat game will find that many of his moves have crossed over into this one. Give him a look and see if Noob really is for noobs or not! 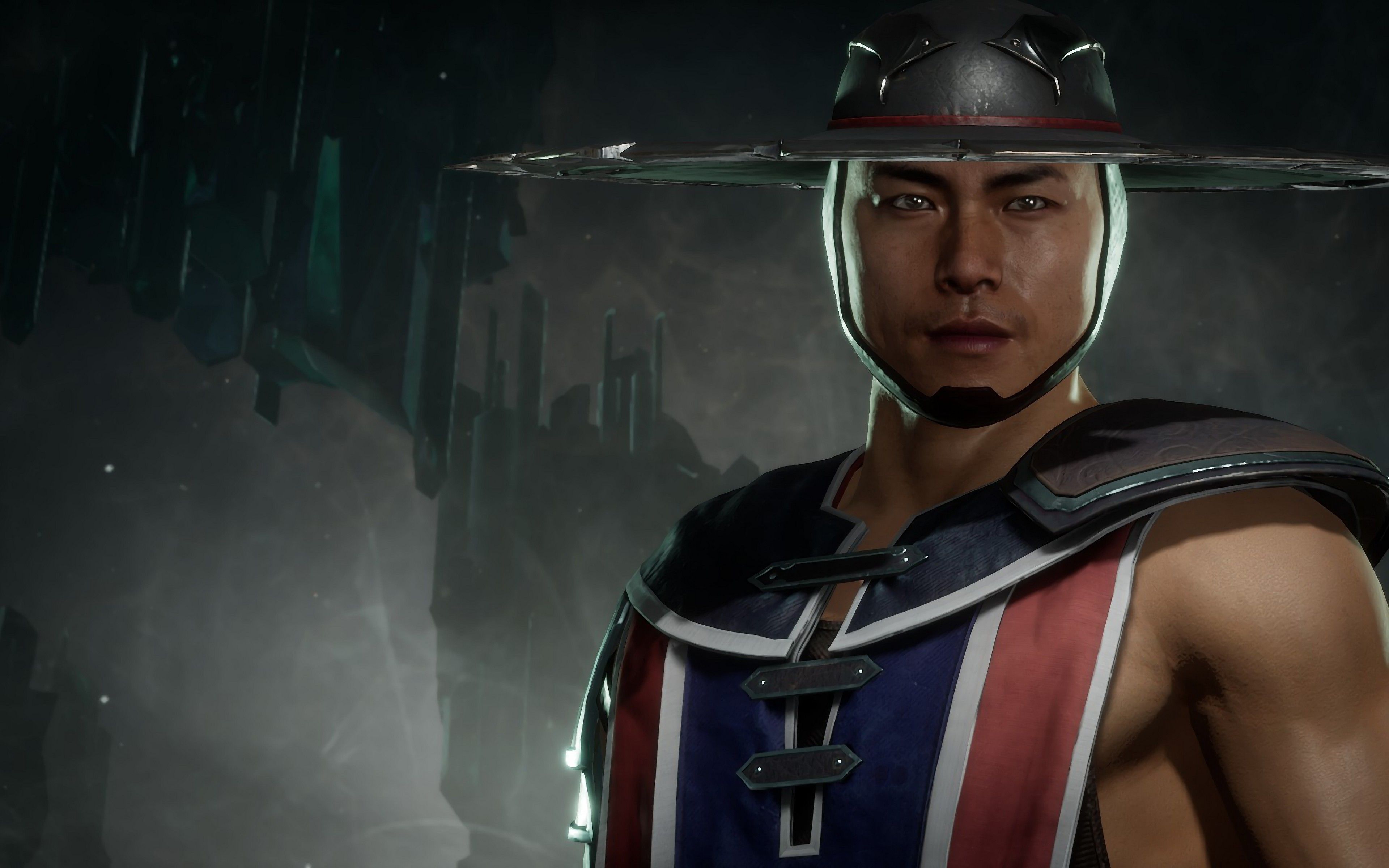 Of all the characters on this list, Kung Lao is the one that beginners should start making their main as they become their most confident. Moving into mid-level play with this guy is a great idea as he relies on traps to get by.

His fast special moves put him at the top of the list for aggression, but otherwise he’s full of moves that will pay dividends once a player has a bit more of an idea what they’re doing. A great character to get to grips with when trying to learn some more of the technical aspects of the combat. 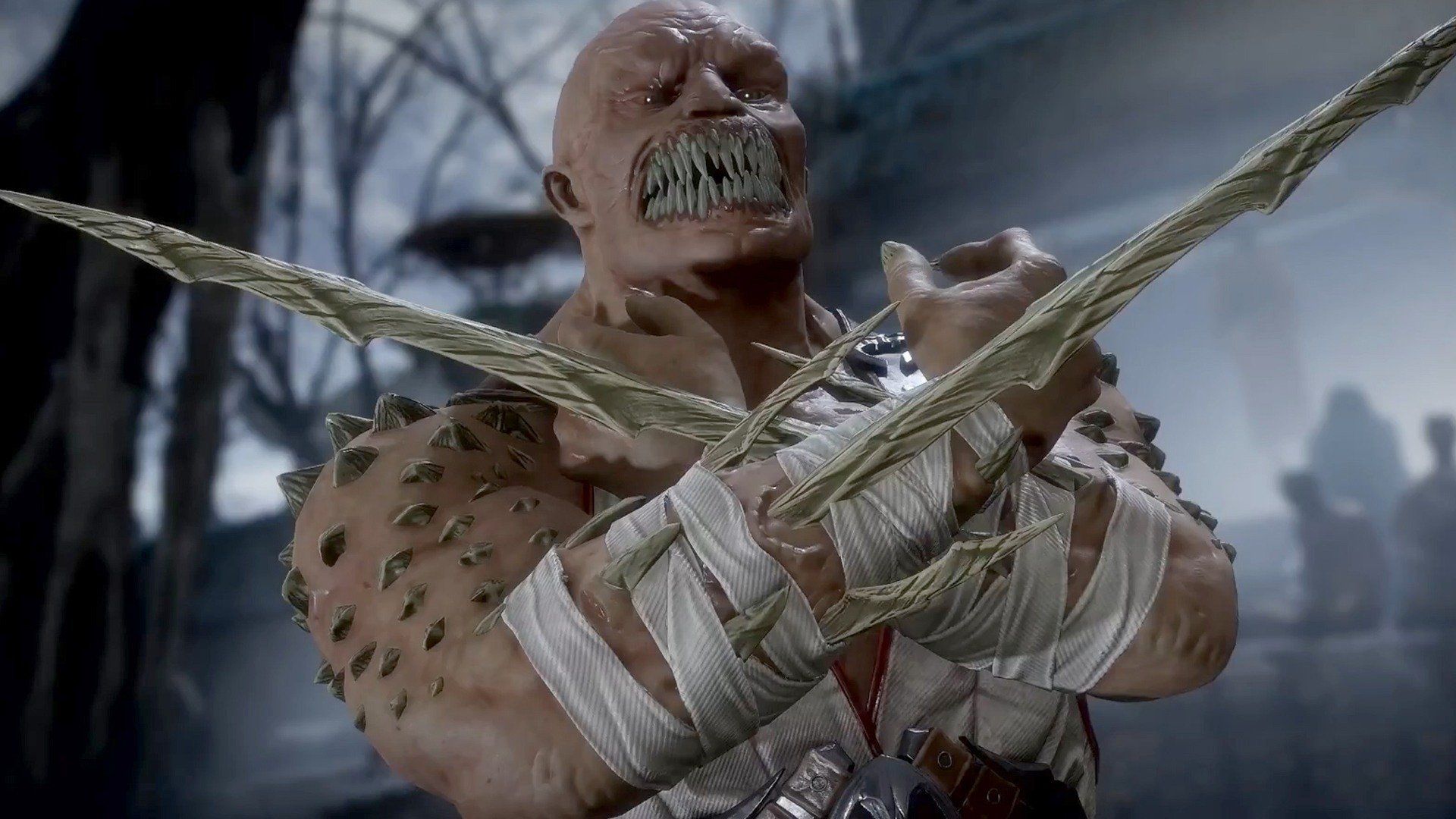 As people can see from this design, rookie players should come to this character when they’re looking to do a lot of damage. That isn’t to say he’s slow, as he has some swift attacks as well, but the blades from his arms will do a lot of good for anyone struggling to get through an opponent’s defenses.

He may not be the most subtle character on this list, but rookie players don’t care about being subtle. They want to slice their enemies up with giant blades! 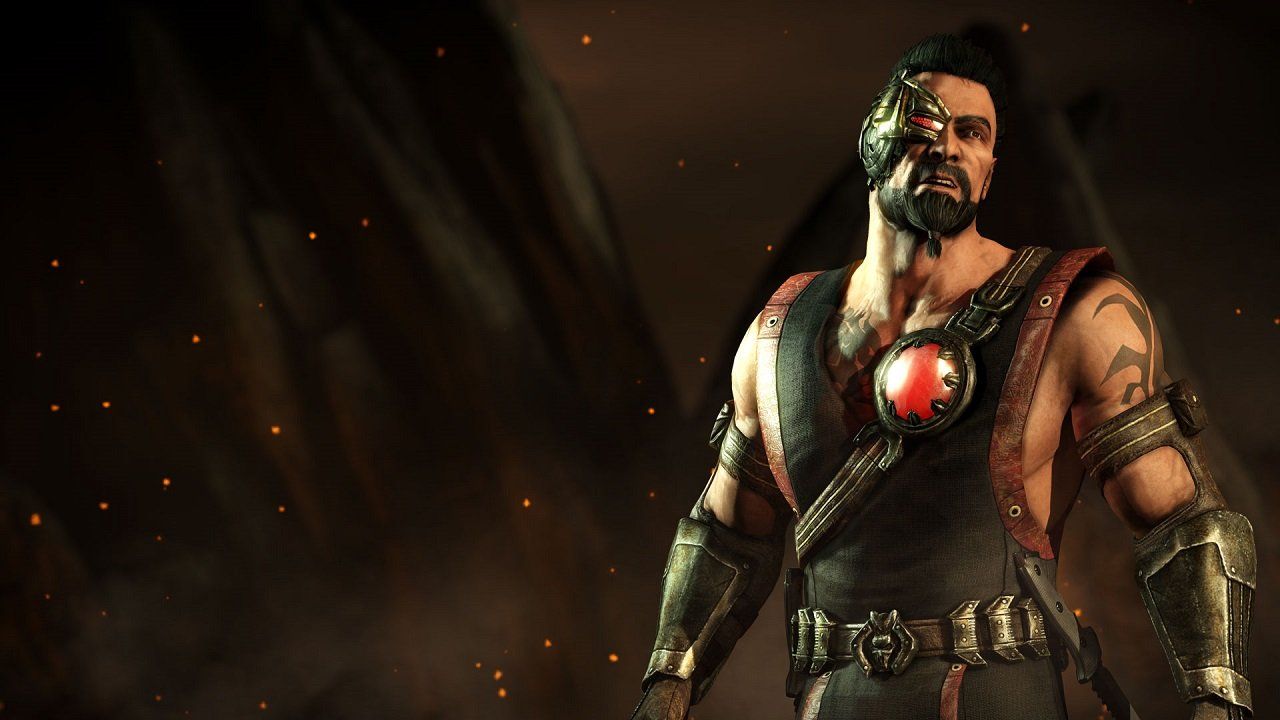 Anyone that isn’t familiar with fighting games won’t know how important a good juggle move can be, but as people get better at playing Mortal Kombat, they’ll need to learn. One of the best characters for juggle moves is Kano.

Once somebody has spent a few days with this guy’s combos they will see that getting someone into the air is often of paramount importance. He has an interesting set of specials to keep people entertained along the way as well. 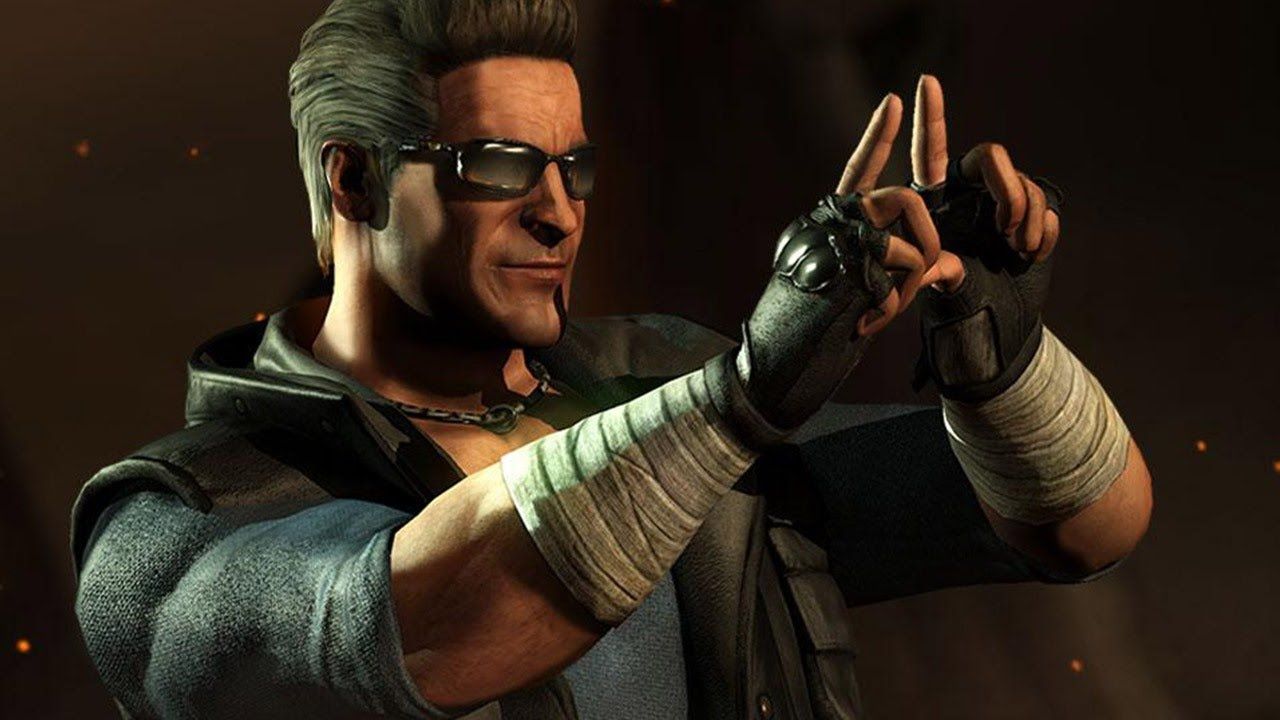 As people will know as they get better acquainted with his character, Johnny Cage is all about show. It should come as no surprise then that his moveset demands that the player put as much pressure on their opponent as possible.

Any rookie that starts out with Cage as their main should always be trying to push the enemy further and further away. As they do this, they can use some quick combos to chip away at the health of the enemy. Brilliant for any rookie that finds they can string a good combo together.