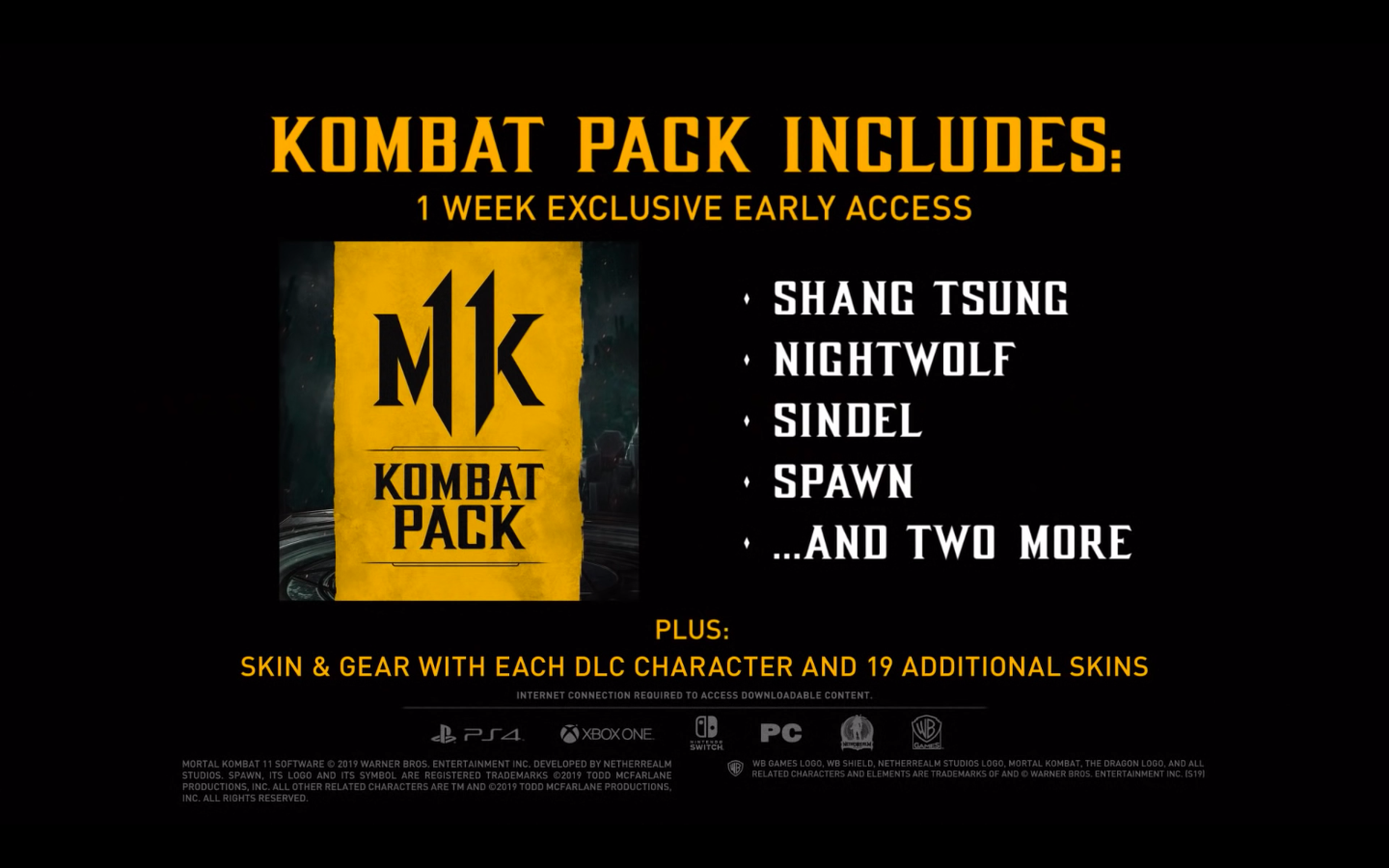 According to Warner Brothers the Kombat Pack will include the following: