Ms. Marvel’s finale aired recently and in doing so introduced some fascinating developments for the MCU, including the use of the classic X-Men theme tune. Mutants are back, baby! But what the finale also did was highlight the complete lack of media literacy some viewers have. The final scene of the show had a major set up for The Marvels, but some people still managed to misunderstand it – possibly wilfully, but I suspect not. I think we collectively lack the ability to understand and interpret moving images. It’s devolution. If you’re ever worried about movies being dumbed down, just look at the reactions of the general populace and you’ll understand why.

The scene in question sees Kamala being zapped into her closet in a swirl of purple. A few seconds later, Carol Danvers emerges. If she turns out to be gay in The Marvels then the introduction of her coming out of the closet will be a juicy Easter Egg, but the layered details of the scene aren’t important. What we’re struggling to understand is what actually happened.

The basics of it are very simple. Kamala and Carol switch places. That’s it. Possibly due to something Carol did that unwittingly linked her to Kamala, possibly due to Kamala’s hero worship (literally) of Carol, the two have a connection and switch places. I will allow for the fact that this is deliberately left unexplored, as it will likely form the basis of The Marvels, but it’s one thing not quite understanding the scene, or having questions as to what it might mean. It’s another thing entirely to see a completely different scene that doesn’t even exist. 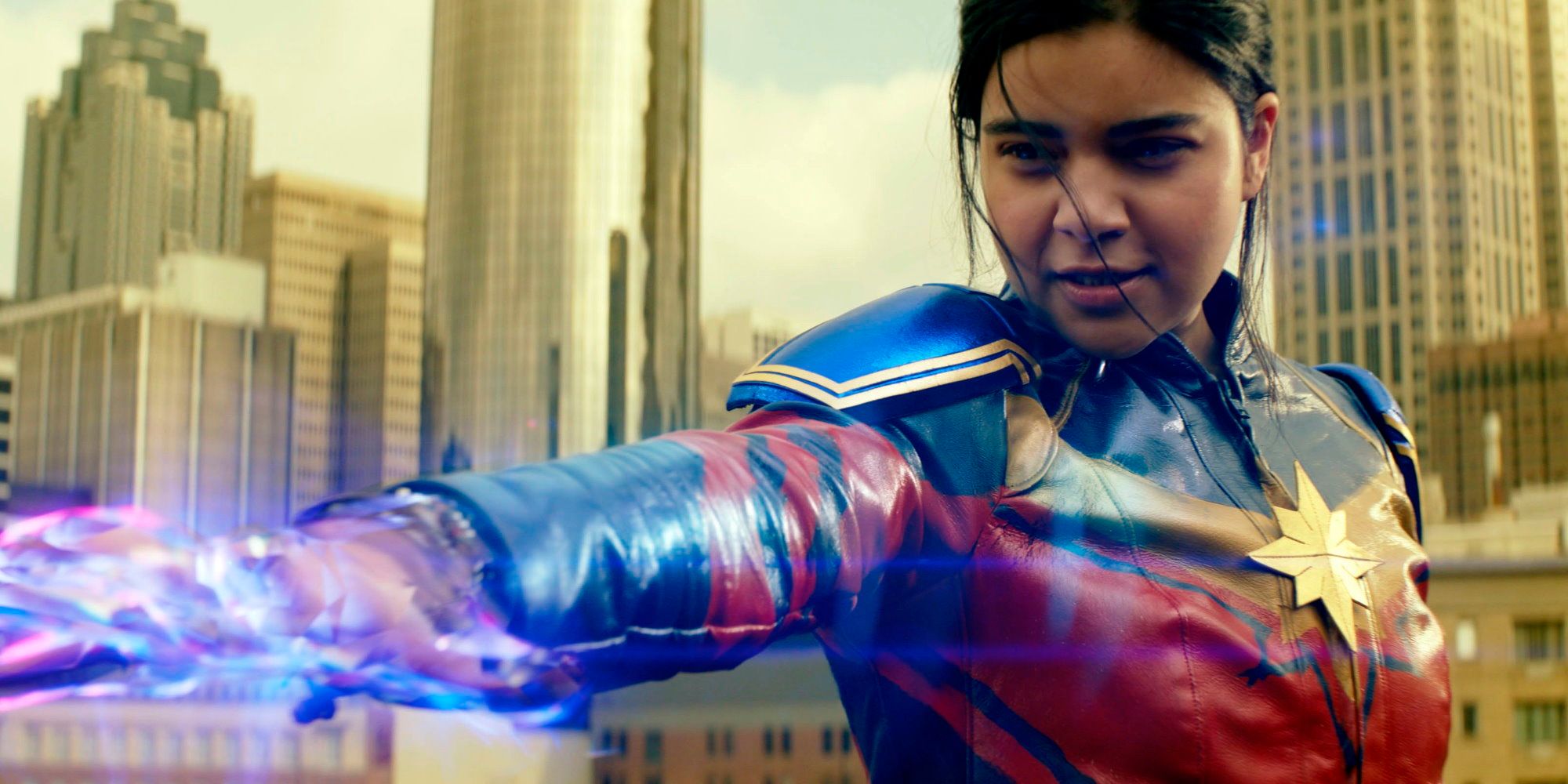 Some folks seem to think that Kamala did not swap places with Carol, but instead morphed into her. This is wrong (the showrunners have confirmed as much), but it’s also daft. Fan theories or different interpretations of scenes are a natural, normal part of experiencing these ongoing stories and increasingly dense cinematic universes. But the morph theory is just making something up because you want everything to be like the comics – given how much Ms. Marvel has deviated so far, it’s a particularly baffling interpretation.

Let’s look at the facts. First off, Kamala is clearly pulled into some sort of warp. That could not happen if she transformed, she would just transform. Second, Carol’s reaction is one of calm confusion. As a military trained space hero, she reacts calmly to tense situations. Kamala, as we’ve seen, does not. Third (I’m going to keep numbering them to highlight the many reasons why), Carol does not look in the mirror, so if she was Kamala, would not instantly be confused. Fourth, Carol looks at her hands, which are glowing in Kamala’s purple, not her usual yellow. This surprises her, but the fact she is taller, has blonde hair falling in her face, has an adult body, and is white, does not. 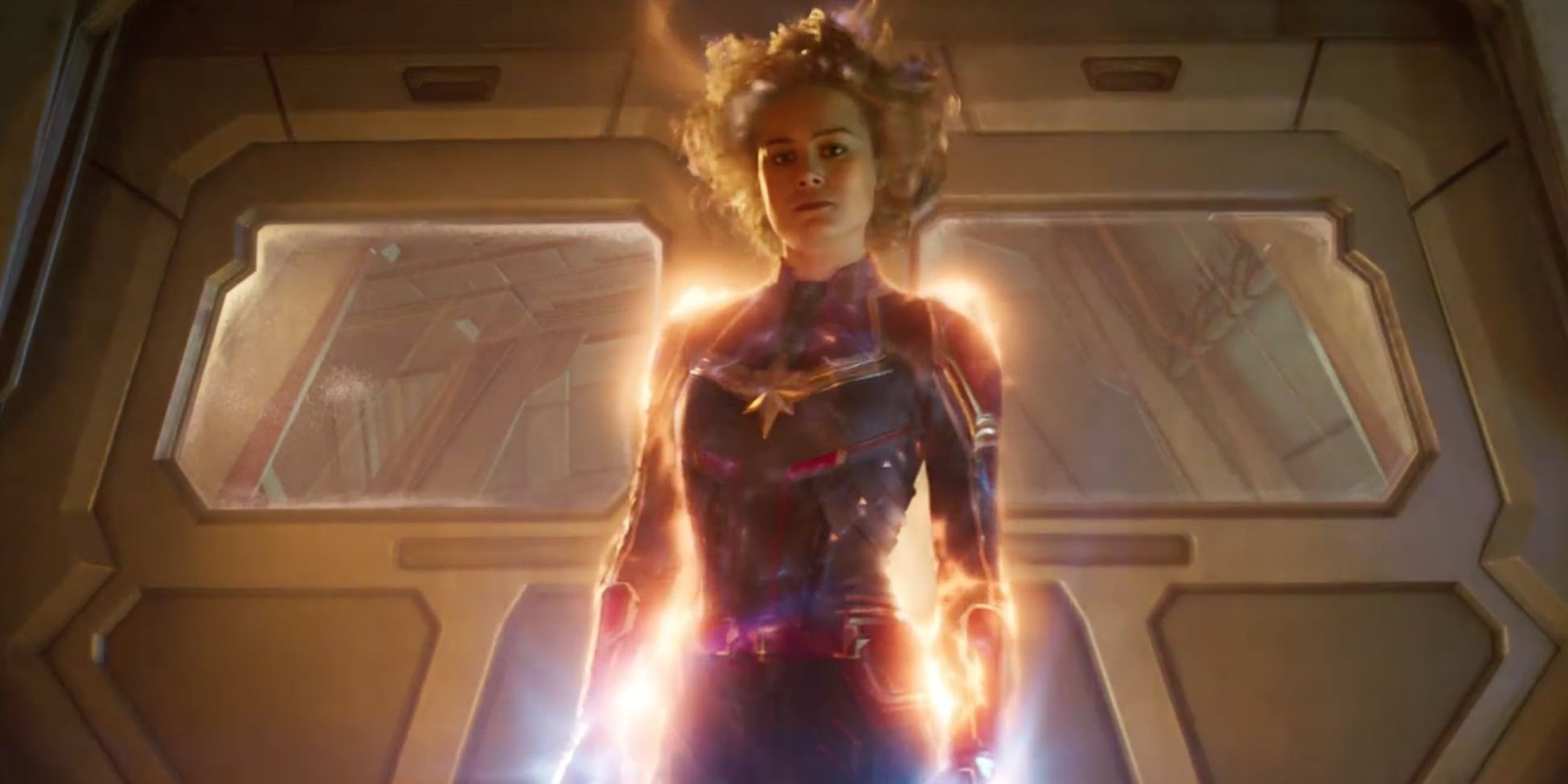 We’re still going, by the way. Fifth, Carol picks up a picture of herself and does not understand why it’s there. The posters seem to help her with the fact she’s in the bedroom of a superfan, but Kamala would not be confused by her own bedroom. Sixth and not-actually-finally-but-I-can’t-be-bothered-listing-any-more, Carol mutters “oh no” and rushes off. Panic would not be Kamala’s first reaction if she became her idol. This suggests Carol knows why they’ve switched and fears she has placed Kamala in danger.

There are no reasons why it might be a morphin’ time situation aside from the fact she does that in the comics. I recently criticised the racist train of thought that caused people to feel Anthony Mackie was not Captain America, despite a movie, an entire TV show, and a title card telling us he was. Racism is definitely in the mix, but maybe some of us are just bad at watching superhero media and understanding it. Anything above good guys good bad guys bad and we crumble. Even that’s a stretch with layered villains in the mix now.