Magic: The Gathering's Commander Legends: Battle For Baldur's Gate is the second printed set in the Commander Legends line of expansions. This is another MTG set that takes story and character inspiration from Dungeons & Dragons' Forgotten Realms lore. Along with the booster packs for the set, you can also purchase one of four pre-built Commander decks, each containing several new cards as well as their own all-new Commanders.

Among these decks is a black and white deck called Party Time. The Commander for this deck is Nalia de'Arnise, and the deck focuses on getting out a full D&D party in play–containing at least one Warrior, Cleric, Wizard, and Rogue (which Nalia is herself). The precon itself is quite good, but there are plenty of cheap and easy ways to improve it. Prices will be taken from TCGPlayer's marketplace values, as well as the cheapest price available. 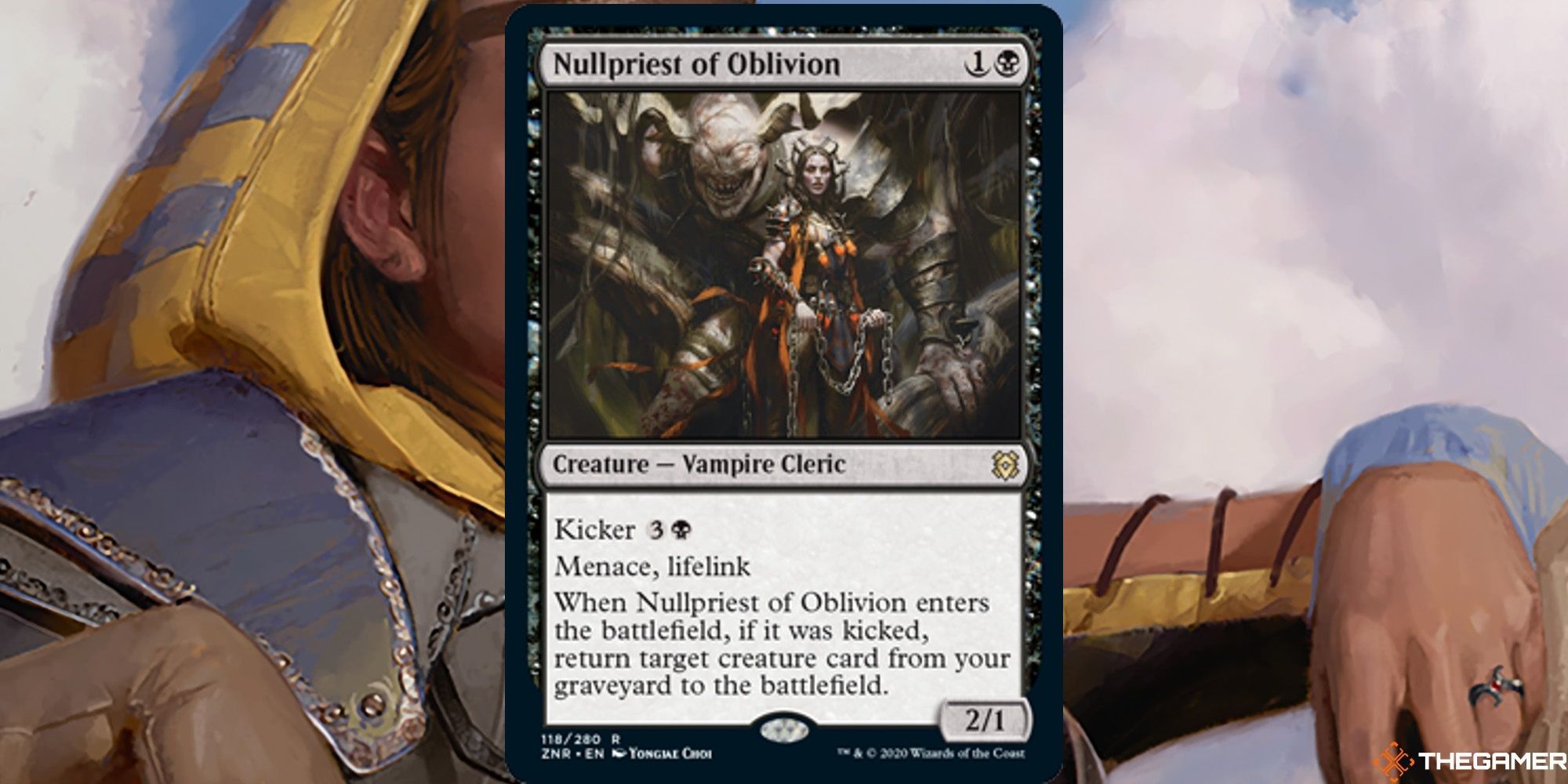 Nullpriest of Oblivion is a black vampire cleric from Zendikar Rising. It is a 2/1 with menace and lifelink, which is a good setup on its own. However, Nullpriest also has a kicker for three generic and one black mana that allows it to return a creature card from your graveyard to the battlefield.

Nullpriest already has synergy by being a Cleric. It is a good aggressive creature at two mana, and it only gets better once you can pay its kicker cost. Nullpriest of Oblivion currently goes for about 36 cents at the time of writing. 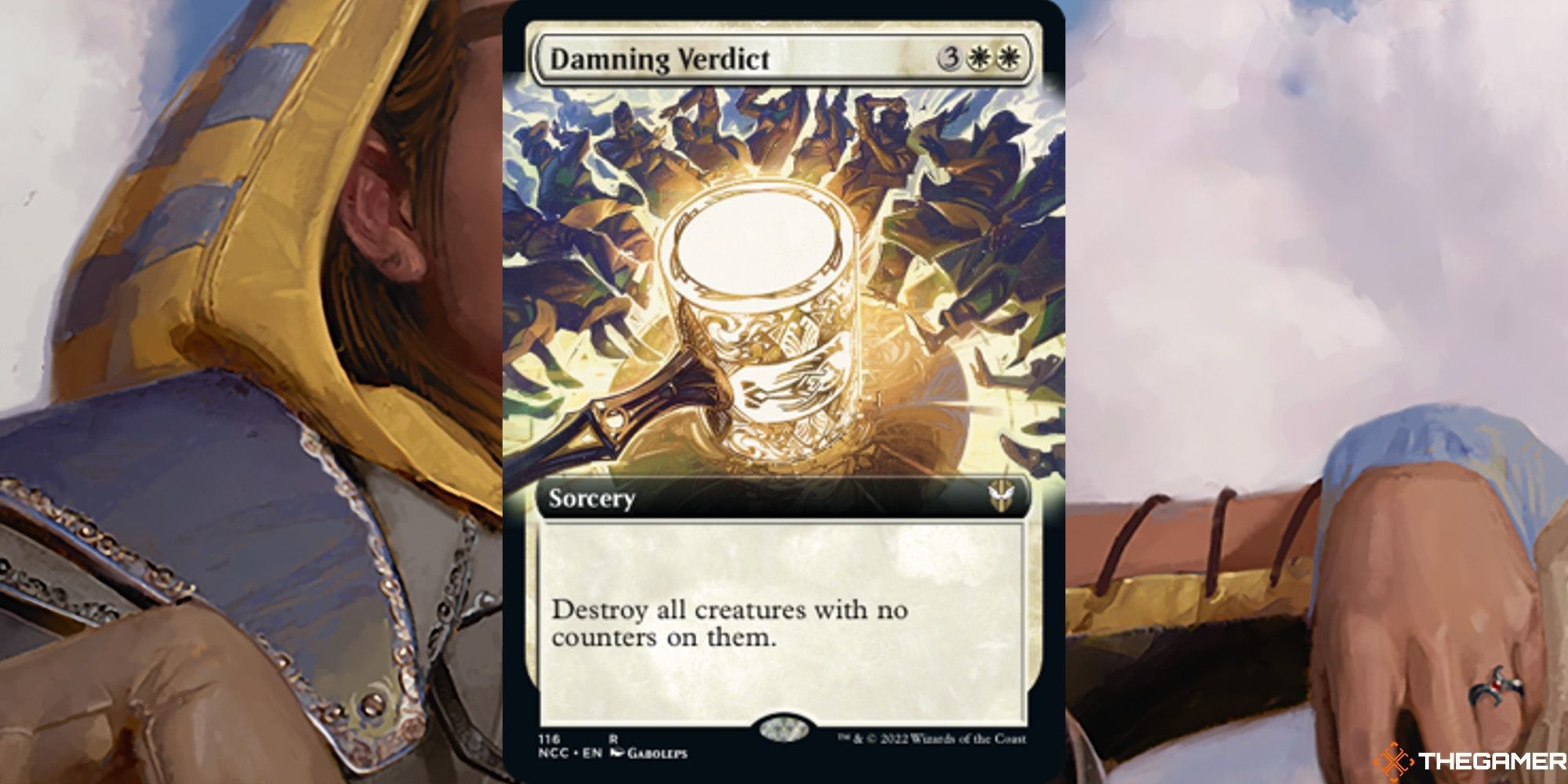 Damning Verdict is a white sorcery from Streets of New Capenna that costs three generic and two white mana. It is a board wipe with a catch: it destroys all creatures with no counters on them.

Damning Verdict is easily worth including, as it can be a game-winning play when cast at the proper time. Nalia de'Arnise puts +1/+1 counters on all of your creatures, so long as you have a full party they are immune from Damning Verdict's effect. If you run plenty of other cards that also put counters on creatures are included in the deck, Damning Verdict should always be a powerful play. This card currently runs about $1.43. 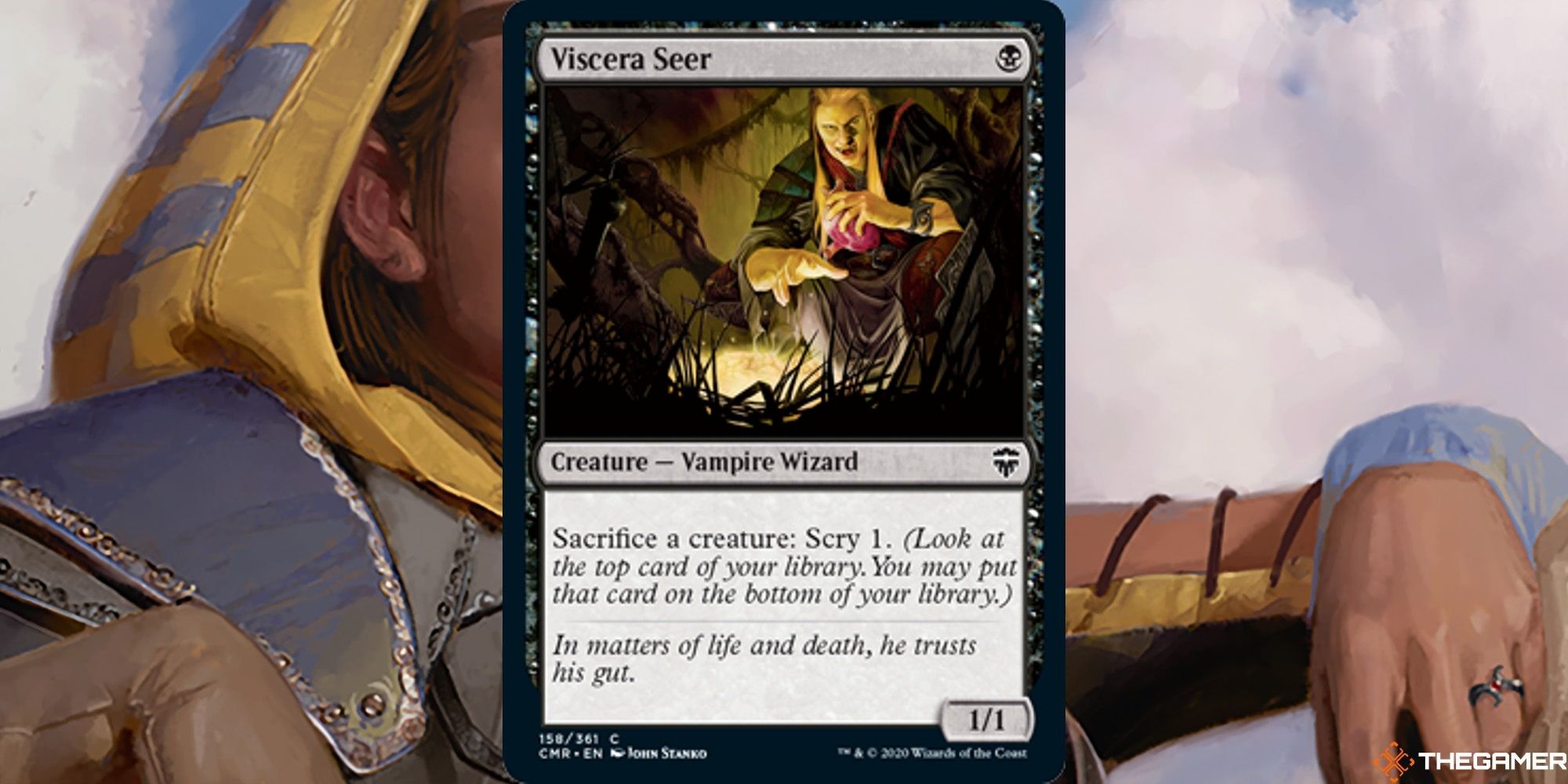 Viscera Seer is a popular card for Vampire, sacrifice, and graveyard Commander decks. It is a Vampire Wizard that costs one black mana to cast, and it was originally printed in Core Set 2011. It allows you to sacrifice a creature in order to scry one card at any time.

Party Time already has cards like Butcher of Malakir, Grim Haruspex, and Felisa, Fang of Silverquill that all benefit from the death of your creatures. With more cards that trigger their effects upon the destruction or sacrifice of your creatures, the more worthwhile Viscera Seer will be. This card currently goes for about 24 cents. 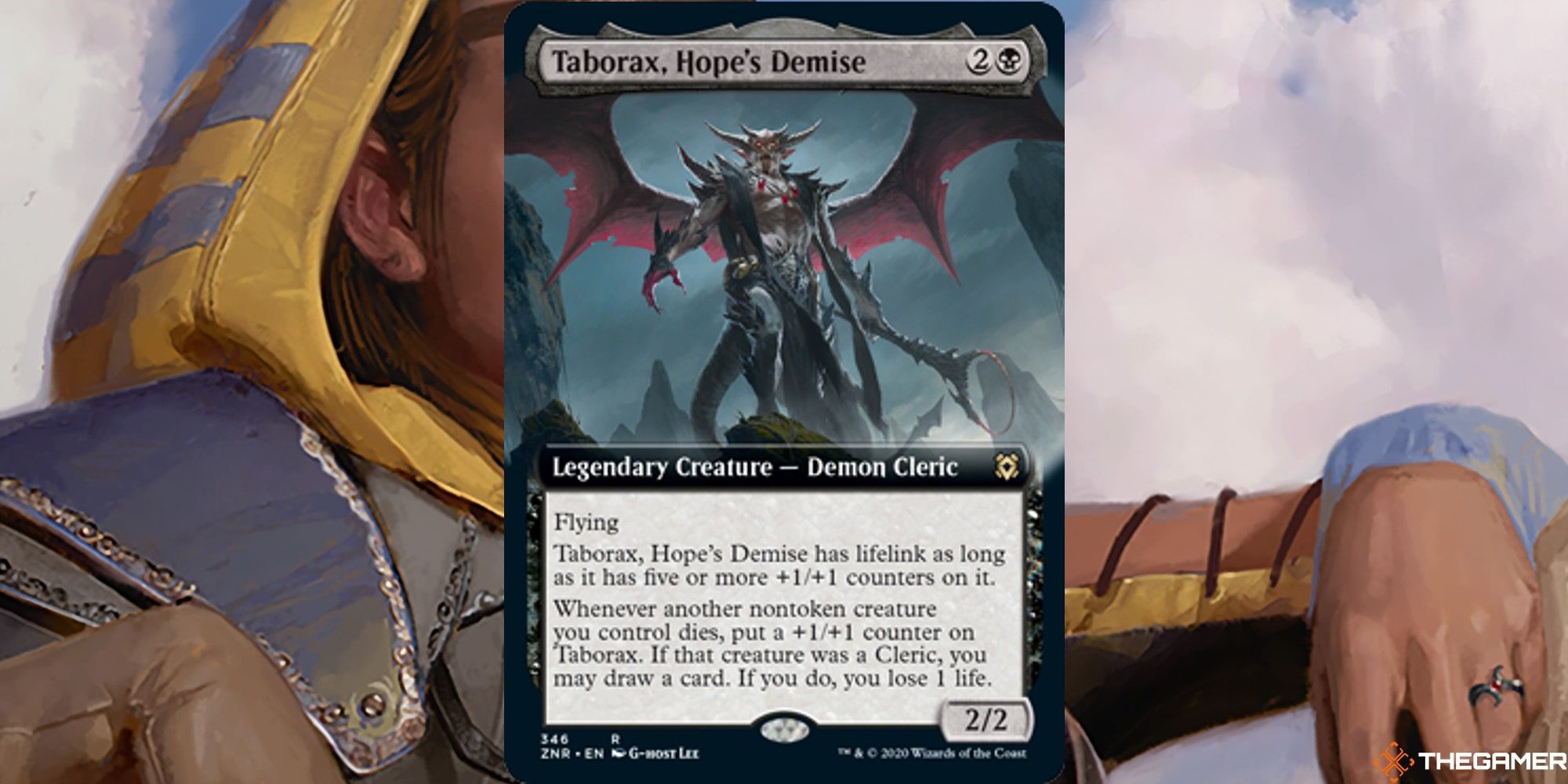 Taborax, Hope's Demise is a legendary Demon Cleric originally printed in Zendikar Rising. He costs two mana and one black mana, and he comes out as a 2/2 with flying. This is a strong start, and his being a Cleric is obviously quite important for Party Time.

Taborax gains lifelink when he has five or more +1/+1 counters, which is easy to achieve with Nalia's ability. Taborax also gets +1/+1 counters whenever another nontoken creature you control dies, and this will be helped especially by the inclusion of the previous entry, Viscera Seer. Taborax, Hope's Demise currently runs for about 18 cents. 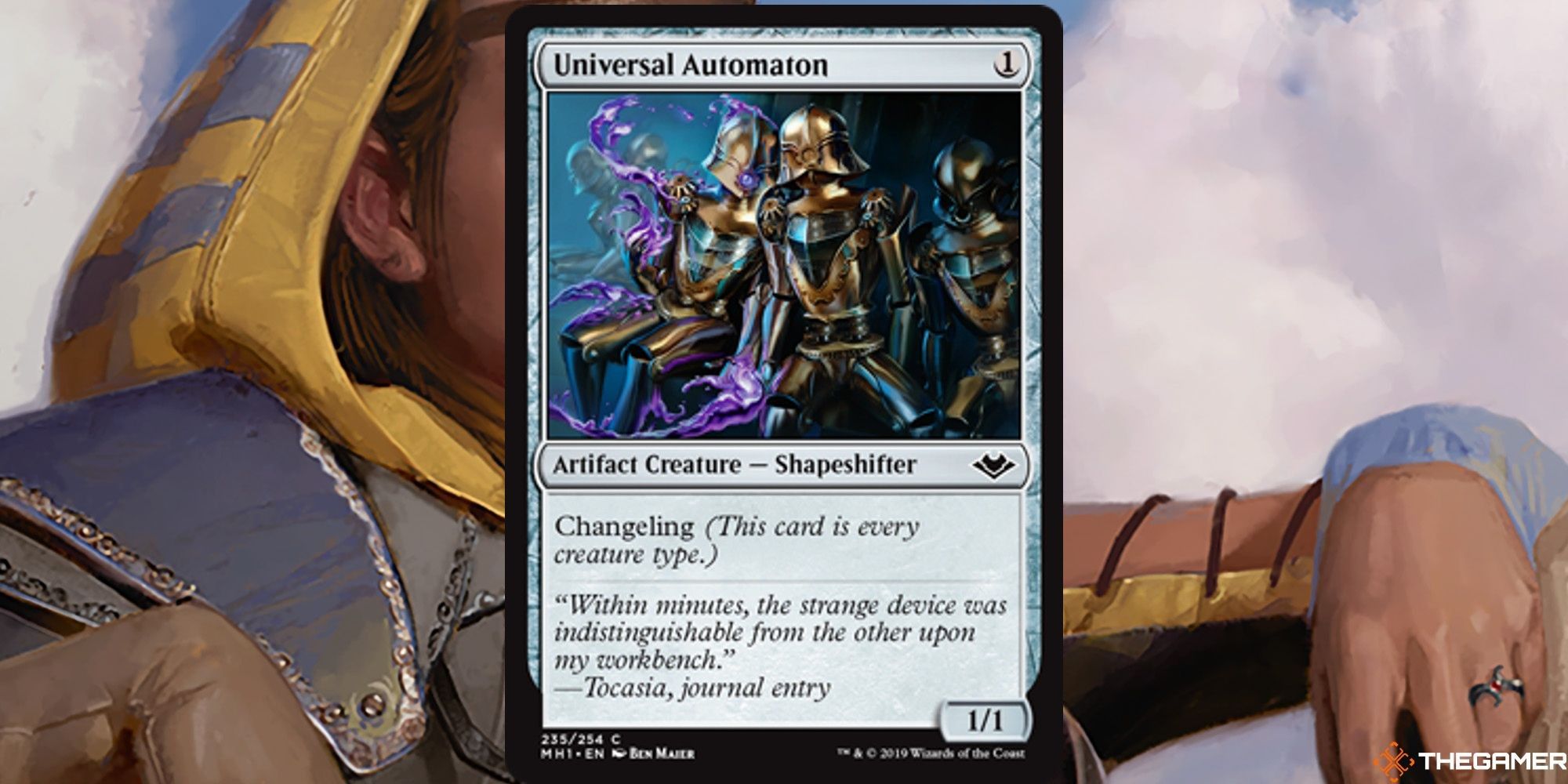 This card is a worthwhile inclusion simply because it can be whatever you need it to be at the time. It's a quick and easy way to complete a party, as it is all party classes at once. There's no reason not to run this one, and it's honestly a little surprising that it wasn't in the original build (which isn't shy about including changeling cards). In any case, this card currently costs about 40 cents. 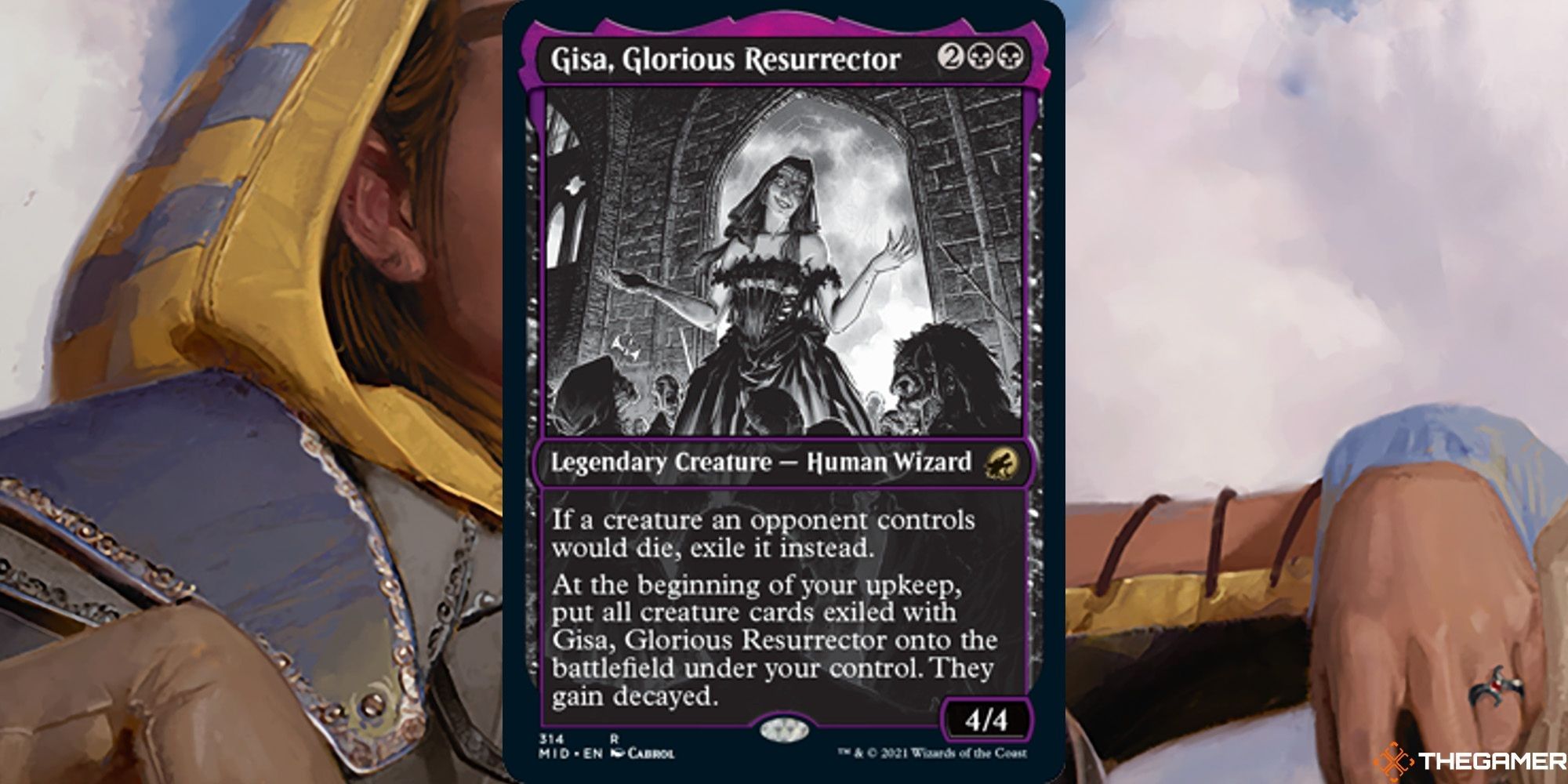 Gisa, Glorious Resurrector is a black legendary Human Wizard originally printed in Innistrad: Midnight Hunt. It's a 4/4 that costs two mana and two black mana. Her ability isn't particularly relevant to Party Time, but she is a Wizard with a strong ability.

Whenever a creature an opponent controls dies, she exiles it instead. At the beginning of your upkeep, she puts all cards exiled with her ability into play under your control with the decayed ability. This is just an all-around strong ability, and it can bolster your board so long as your opponents keep losing their creatures–whether that is to your effects or their own. Gisa currently runs about 80 cents. 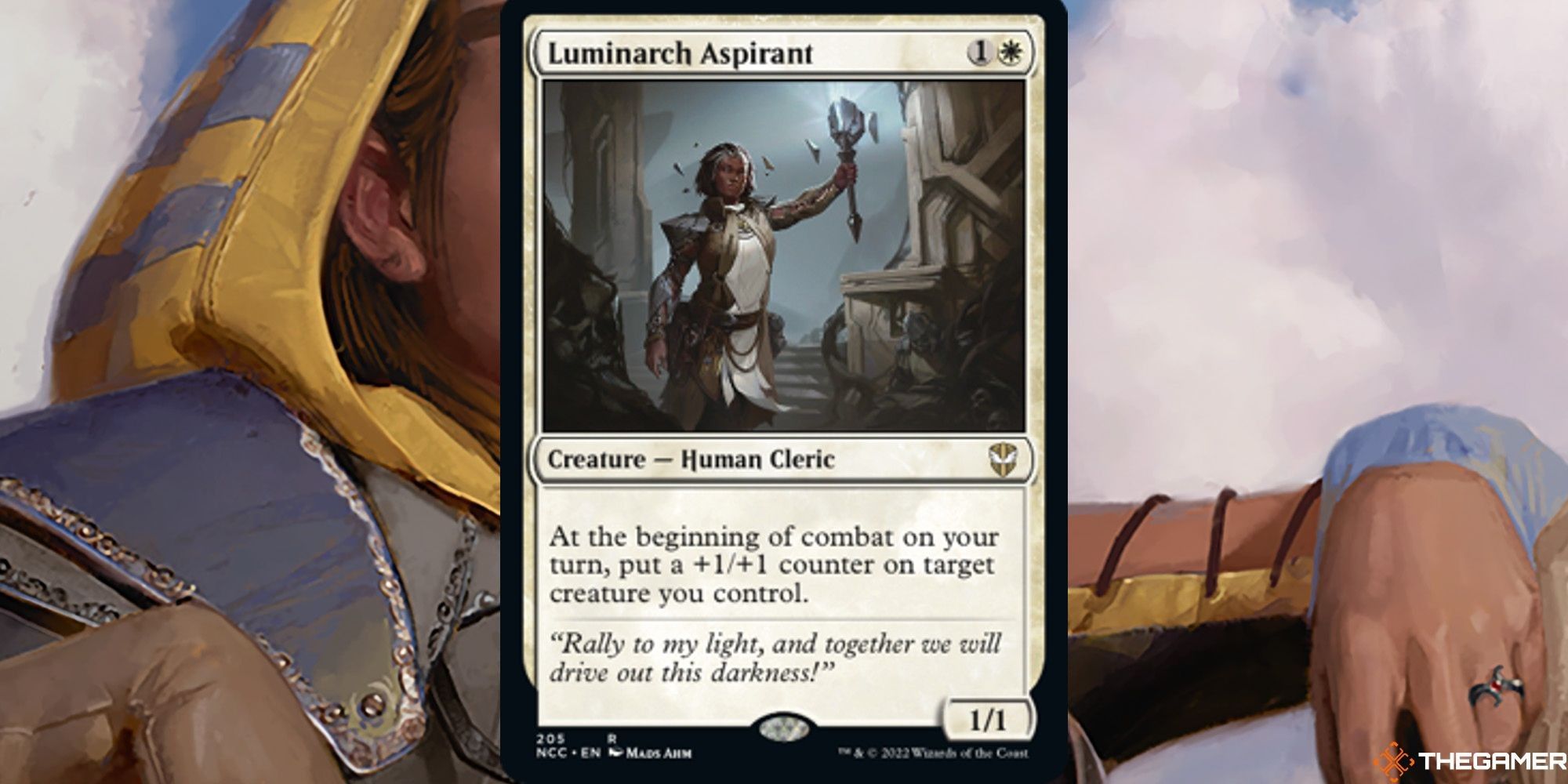 Luminarch Aspirant is a standard all-star and a white Human Cleric originally from Zendikar Rising. It costs one mana and a white mana, and it puts a +1/+1 counter on a target creature you control at the beginning of your combat step.

This card honestly speaks for itself. It's a Cleric, so it contributes to your party, and it's another outlet for +1/+1 counters, further strengthening your creatures (and protecting them from Damning Verdict should you choose to include it). Luminarch Aspirant is a Standard staple, and it's easily worth using in Party Time. This card currently costs about 33 cents. 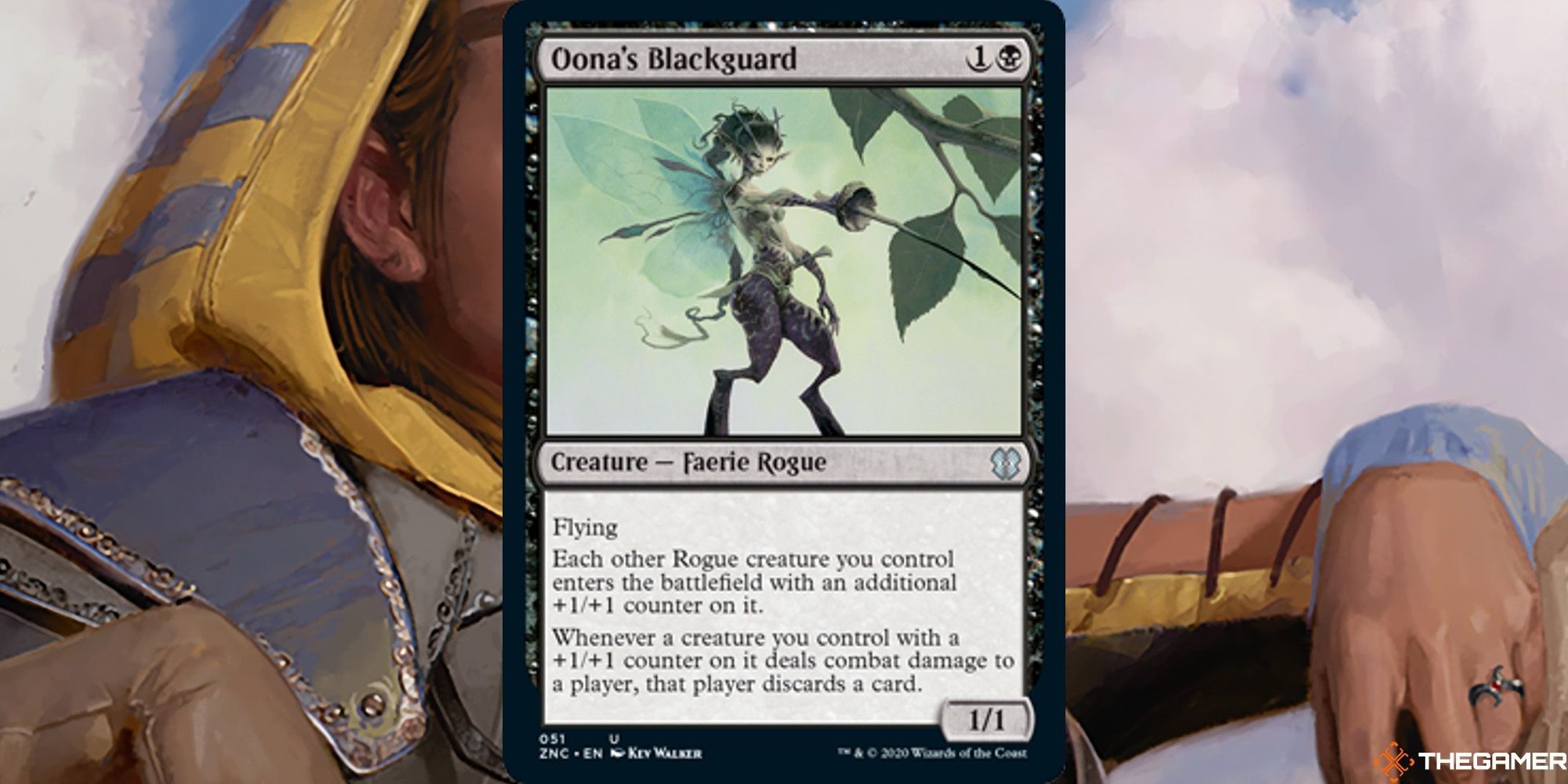 Oona's Blackguard is a black Faerie Rogue creature originally from Morningtide. It's a 1/1 with flying that costs one generic and one black mana. It gives other Rogues a +1/+1 counter when they come into play. Furthermore, whenever a creature you control with a +1/+1 counter does combat damage to a player, they discard a card.

This is a very powerful inclusion. It's yet another outlet for +1/+1 counters, and it can potentially thin an opponent's hand at the same time. Oona's Blackguard is a Rogue in itself, and it boosts all of your other rogues–which your commander is. Oona's Blackguard currently runs about 16 cents. 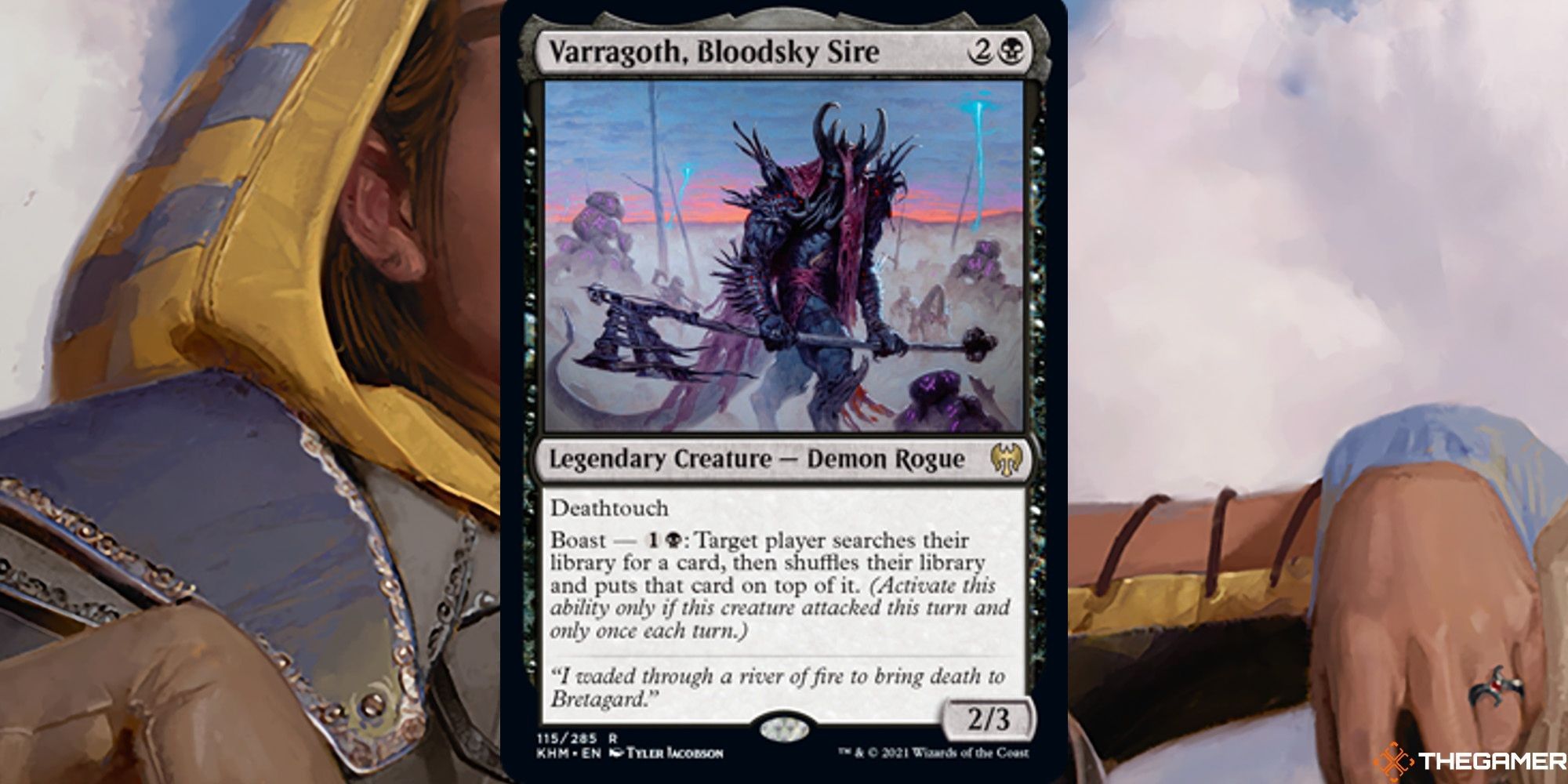 Varragoth, Bloodsky Sire is a black Demon Rogue from the Kaldheim set. He is a 2/3 creature with deathtouch that costs two mana and a black mana. It has a boast ability that costs one mana and one black mana (boast abilities can only be activated if the creature has attacked this turn) that lets you search your deck for any one card and put it on top.

Varragoth is, importantly, a Rogue. It also provides a tutor ability, which will always be useful in a format full of 99-card singleton decks. Varragoth is truly a worthy inclusion for Party Time, and he only costs about $2.13. 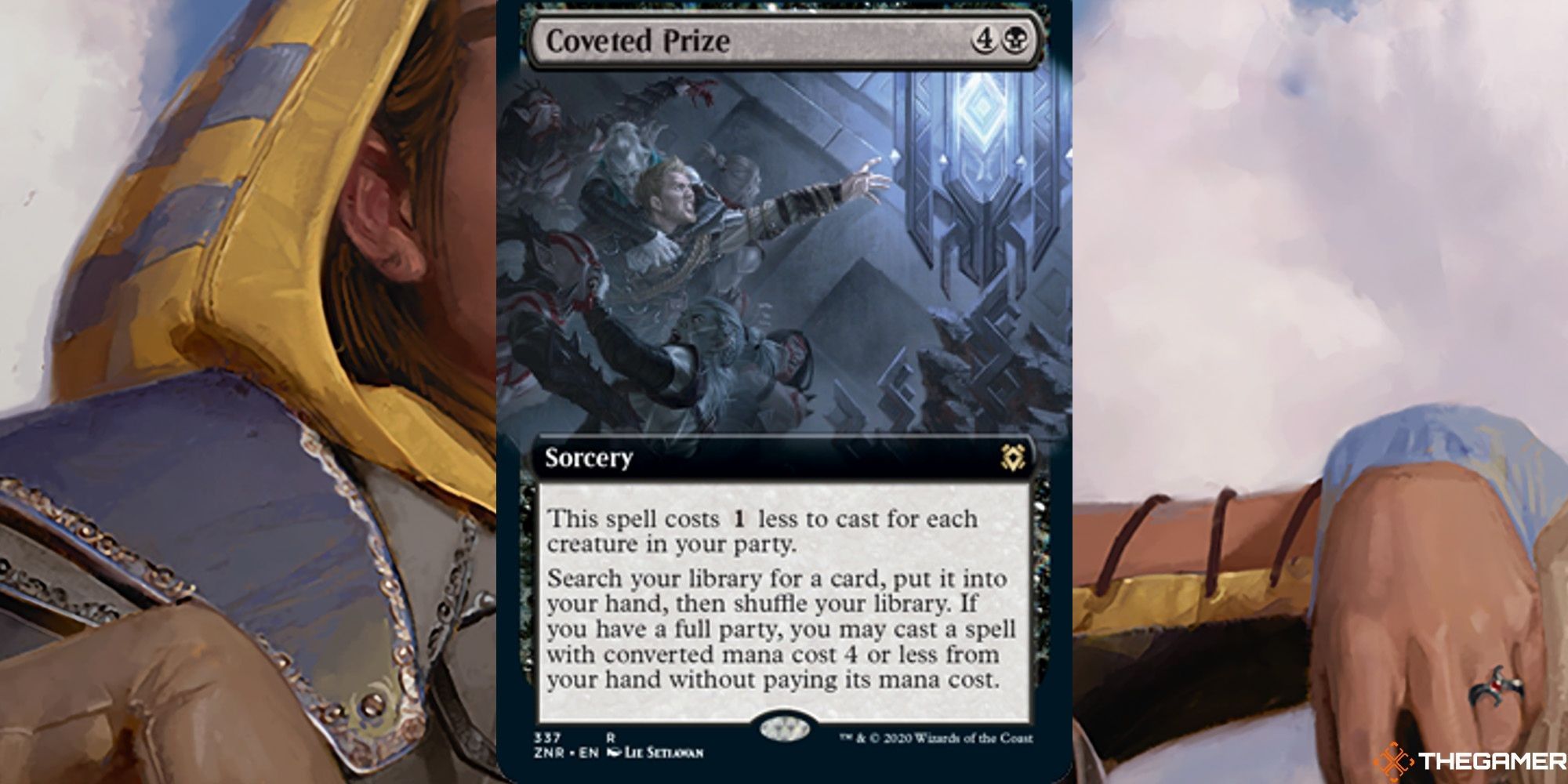 Coveted Prize is a black sorcery from Zendikar Rising. It costs four generic and one black mana, but it costs one generic mana less for each creature in your party at the time of casting.

Coveted Prize allows you to search your deck for any one card and put it in your hand. However, if you have a full party and the card you find's converted mana cost is four or less, you can cast it for free. This is a very powerful card for Party Time, and it can potentially turn a game around under the right circumstances. Coveted Prize currently only runs for 20 cents.