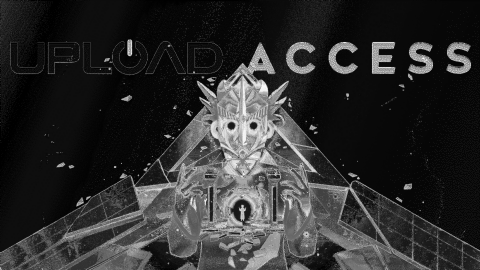 At a time where many developers are doubling down on action-packed zombie-slayers and online shooters, Innerspace’s upcoming puzzle adventure represents a rare moment of calm. It’s a game about exploration and making things with your own two hands and the resources the world gives you. It’s also something that, like Innerspace’s A Fisherman’s Tale before it, can be tough to instantly communicate to a wider audience. Funding and publishing an experience like this would be risky even in the traditional games industry, let alone in VR with its comparatively tiny install base.

That’s where MWM Interactive comes in.

The gaming arm of MWM is still relatively young, but has already established a deliberate tone with its publishing choices across both VR and traditional titles. It also worked on Dan Carlin’s uneasy visualization of WW1 in War Remains and re-envisioned A Christmas Carol with a sinister twist in Chained: A Victorian Nightmare.

“I think as a publisher MWMi — outside of VR and even in other games that we’re working on — try to find games that aren’t leaning on those traditional [gaming] tropes, doing something interesting mechanically that is true to the form of games but presenting things in maybe a slightly more approachable way so that anyone could come in and play it,” says Ethan Stearns, EVP of Content at MWM Interactive.

“It’s rewarding and an experience for that core gamer, but also is something that someone can come in who’s not a core gamer and play it and experience it and get to that richness, that core of what games can be as a personal connection to the narrative that you’re part of creating. To me, that’s one of the most amazing things [as to] why games are the most powerful entertainment medium in the world, and it makes me sad that people write that off as just being like a murder simulator or whatever.”

Innerspace’s body of work feels uniquely in-step with this philosophy, gradually growing out from the experimental beginnings of the Firebird series into the accomplished puzzling of A Fisherman’s Tale. In fact, it was the team’s last game that really sold Stearns on the developer.

“It’s a strong narrative, unique gameplay and just a beautiful standout art design,” he says of the game. “And just the tone and motif of the game was so pleasant to be in. I feel like in VR we tend to go into like a super scary shooter like Arizona Sunshine direction which is awesome or we go into the sort of playhouse sort of fun bombastic sort of Fantastic Contraption sort of direction, and rarely do we get those sort of almost like Nintendo-themed kind of titles; like beautiful new worlds that are like totally different and were calm.”

Innerspace’s Balthazar Auxietre met with Stearns a few years back at the Tribeca Film Festival. That was where Auxietre — as we learned last week — pitched Maskmaker.

“It was interesting,” recalls Stearns, “because I’m really close with the Tender Claws guys and after seeing what they had been working on with The Under [Presents] and some other sort of ideas I had seen and the idea of being able to use mechanics that are very specific to VR.”

He later continues: “I think VR is interesting in like being able to turn a traversal mechanic into a really interesting, something new and different. I think Budget Cuts was one of the first ones to really open my eyes to that. It’s like, “Okay, when I shoot this little tennis ball thing, that’s how we’re moving around.” And it’s like, we have to solve the idea of how we’re moving the player around the map. Let’s turn that into something deeper and something more VR-specific.”

Innovative as these ideas are, they’re not immediately graspable, and require explanation to truly communicate. That would no doubt make Maskmaker a less attractive proposition for many publishers. “We feel like we have to plant a flag and prove who we are and what we represent as a piece of the game’s ecosystem as part of the VR ecosystem,” Stearns says. “And so, yeah, there’s risk in that.”

But it was MWMi’s trust in Innerspace itself that really helped cement the partnership. “They really know games. They really know how to build something and they’re very responsible in the process in which they do that, but they’re also achieving this artistry. So I think as a publisher when we’re looking for titles, when we’re looking for partners to work with, developers to work with, that is definitely an element of it like, “Is this team capable of getting it over the line? Games get tough at a certain point, are they strong enough?”

Still, following VR for the past few years, there’s been a lot of trepidation about any developer’s chances of success. The direction of that conversation is only just starting to change with the introduction of the Oculus Quest 2. But here’s the thing – Maskmaker isn’t coming to Quest. At least not yet.

“When we first started this game, the Quest hadn’t come out yet,” Stearns explains. “We were looking at it and we thought it would be an interesting thing to do, but it wasn’t until way into production that the Quest really proved itself as a platform it is now. And we had to make a choice at that time; do we reduce the complexity of the game dramatically and to basically lead to Quest? Or do we stay on track to make the game that we wanted to make? And we decided on the latter. We thought that let’s build the game that we wanna build, and then after its release assess going to Quest.”

“What I’m really hoping is that we have a great launch and then we have some time when hardware accelerates on the standalone all-in-ones that are coming out.”

For now, Maskmaker arrives on PC VR and PSVR on April 20th. We’ve got plenty more coverage for the game coming up on Upload Access this month, so stay tuned.