My First Time With The Elder Scrolls: Morrowind – How A Crab Embarrassed Me

It was a balmy summer’s day in sunny Tarpon Springs, Florida. I was a small person, a child if you will, visiting my mother at the house she shared with her boyfriend. At that time, my soul was sworn to Sony — I had a PlayStation 2 with Final Fantasy 10 and Onimusha: Warlords. What else could I possibly need from life?

To escape the sweltering heat, I retreated to the house’s spacious, air-conditioned living room, flopped down on the couch, and reached for what I thought was a PS2 controller. Oh, no! It was an Xbox controller. Fate is a fickle mistress. It felt too big; recall that I was a small person at the time. Plus, come on, that thing really was a behemoth.

After puzzling over the gamepad for several minutes, I turned on the Xbox, and was soon greeted by the Bethesda Softworks screen for a prime piece of software labeled The Elder Scrolls 3: Morrowind. What was this nonsense? And where were the previous two games, for that matter? Whatever. I was born and bred on Japanese role-playing games, and those are no joke, so whatever this Morrowind thing was, I had great confidence in my ability to beat it. 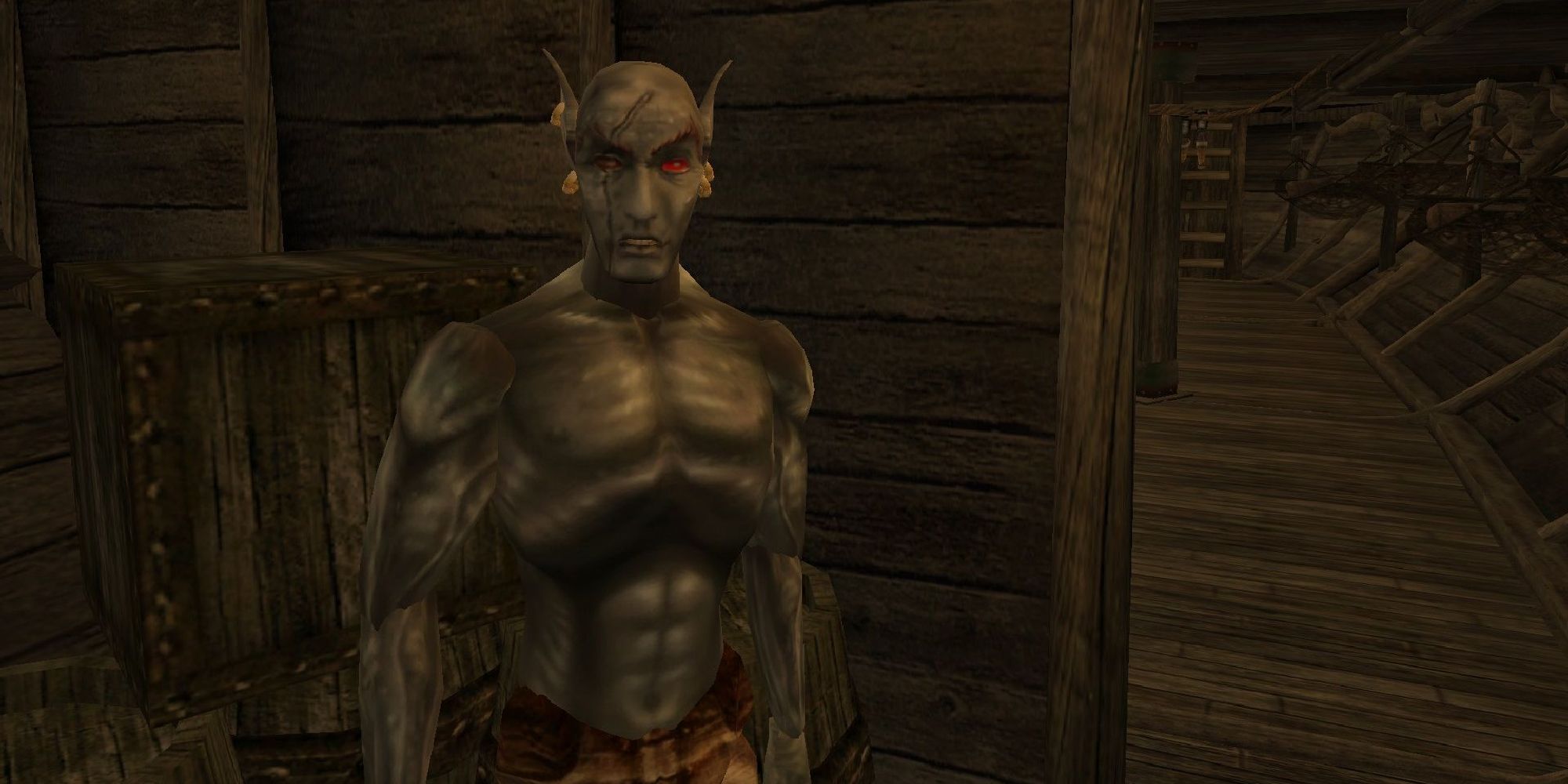 An evil one-eyed shirtless man stirred me from my stupor after a nice lady told me not to be afraid even though everything was red and scary. The evil man asked me if I was okay, so maybe I was wrong, and he wasn’t actually evil. I wondered who he was, and what sort of character arc he would have. I wanted to know more about him. If he had an AOL Instant Messenger screen name, I’d have asked him for it. Instead, he asked me for my name — I believe I answered with ‘Cloudstrife’ — and then I was rudely escorted off the boat and never saw him again.

Cloudstrife’s life in this strange new world was not a pleasant one. For starters, it was difficult to come to grips with the idea that this game was played in a first-person perspective. Shouldn’t the camera be hovering over Cloudstrife like some voyeuristic god? Why did I have to choose a class? What were all these numbers? By the Nine, what were all these numbers?

Morrowind even wanted to know what species Cloudstrife belonged to. He was human. Duh. A really, really strong human, who looked cool. Wait. I can be a dinosaur in this game? Never mind. Never freakin’ mind. Cloudstrife was now a dinosaur who hobbled around like he had splinters in his feet. Argonian? No. Dinosaur. 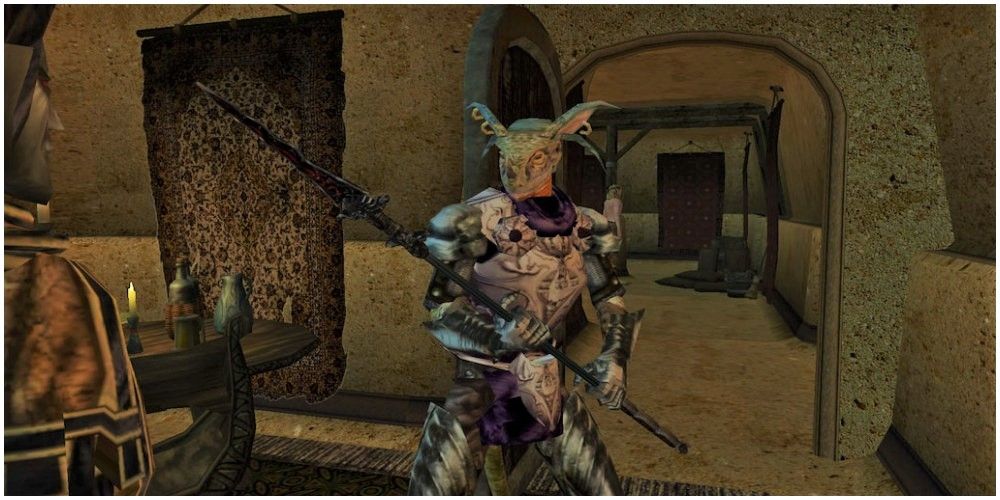 There were people to talk to in this little port town occupied by Romans (or something), but none of them told Cloudstrife where to go, which was intensely anxiety-inducing. Nobody told Cloudstrife to save a kingdom, nor to collect a certain amount of MacGuffins. In fact, I tried talking to an ugly boy named Fargoth, and he complained that he didn’t have time to waste on me, so I’d best make it quick. That was the prevailing attitude from everybody, so I wisely elected to quit wasting my own time and go kill things.

Alone, the dagger-wielding dinosaur Cloudstrife ventured into the swampy scenery. Surely, an NPC would arrive before long, to inform my JRPG-weened mind precisely what to do. Until then, I would carve out some coins from the carcasses of demons and dragons galore.

A crab thing emerged from the fog. “Aha, my first catch of the day,” I thought to myself. The crab thing had crab-thing claws and made crab-like noises. What a farce — Cloudstrife swung his dagger and somehow missed. No matter. He swung again. And missed. Another swing. Another miss. What the hell?

The crab thing, now identifiable as a ‘mudcrab’, swung its pincers at Cloudstrife once, twice, thrice. In response, our soaring saurian adventurer thrust his dagger into the air with all his vigor. And missed. Again. Seconds later, he died, unceremoniously, face-down in the greenish water. No doubt, what’s left of his corpse is still decomposing even today. 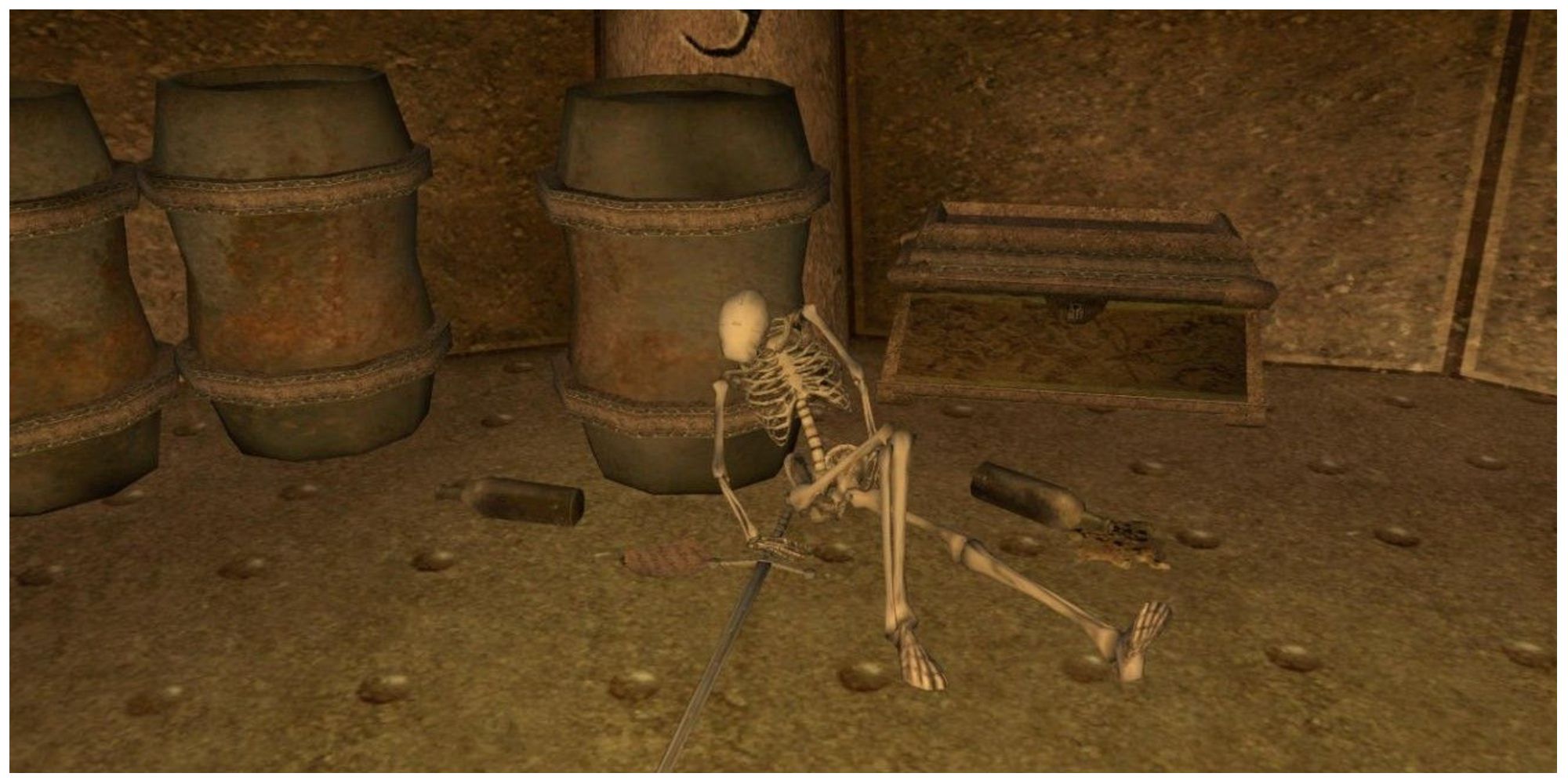 I was shocked. Mortified. Confused beyond measure. The Elder Scrolls: Morrowind was officially the hardest game I had ever played. Quickly, I decided it was an impossible video game to beat. A joke at my naive expense. How else to explain why I couldn’t hit the thing that slew me so? Terrible game. Horrible game that shouldn’t exist. Bad, bad, bad. I hated Morrowind with passion. For years, the very mention of ‘The Elder Scrolls’ prompted me to complain that they’re probably all impossibly hard. I swapped discs, booted up some game called Halo, and sucked at that, too.

Eventually, I came around. Well over a decade later, I restarted Morrowind on a dare. That file, for the record, now has well over 500 hours on it. That character, Sanaele Ravheran, is a heroine through and through, a savior and a friend to the people capable of tremendous feats.

And I am sure she stepped right over Cloudstrife’s crunchy skeleton on her way out of Seyda Neen and into the wider world of Morrowind.