Neptunia: Sisters VS Sisters is the latest game in the long-running Hyperdimension Neptunia series from studios Idea Factory and Compile Heart. Given their niche nature, these JRPG gems don't tend to make it overseas for many months, and the Nepgear-starring sequel is no exception. But at last it is upon us, and it sports some fairly nifty features.

The Disc Development System is foremost among them. Tapping into Hyperdimension Neptunia's trademark tongue-in-cheek parodying of the gaming industry, the Sisters VS Sisters' crafting system revolves around the construction of new games that can then be equipped to great effect. Here's how. 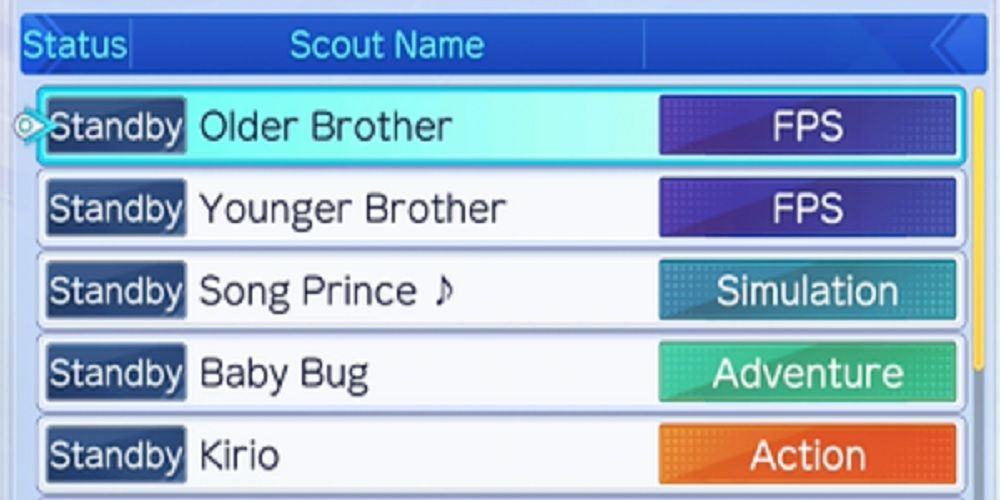 There are two primary drivers when it comes to disc development: scouts are the developers whose expertise you request to assist you in the process; abilities are what you're aiming to include when the process is complete. Many of Neptunia: Sisters VS Sisters' finest abilities are only available through this in-depth sub-system.

How To Acquire More Staff

Like any good role-playing game, Neptunia: Sisters VS Sisters' various gameplay mechanics feed into each other to create a satisfying loop. In the case of disc development, this means completing sidequests unlocks new staff members. The quest-givers themselves are frequently the ones you'll be relying upon to create your games with you when the time comes.

Different prospective staff members specialize in various genres. For example, both Older Brother and Younger Brother are handy to have when creating games of the FPS genre. Conversely, Cat is one of many denizens who are better-suited to the creation of Adventure games. Simply complete Chirper's requests as they come along every chapter, and you'll build a network of developers in no time.

Synergy matters. The first thing you'll do when preparing to develop a disc is select its genre. Each genre seems to specialize to some extent — stat boosts and such are likelier in the finished product.

You should freely experiment here to draw your own conclusions about the genres you prefer, but the important part is to always match your chosen genre to the genre preference from the staff member. Doing so means increasing the chance that the game you've crafted will feature special abilities and make for excellent equipment. 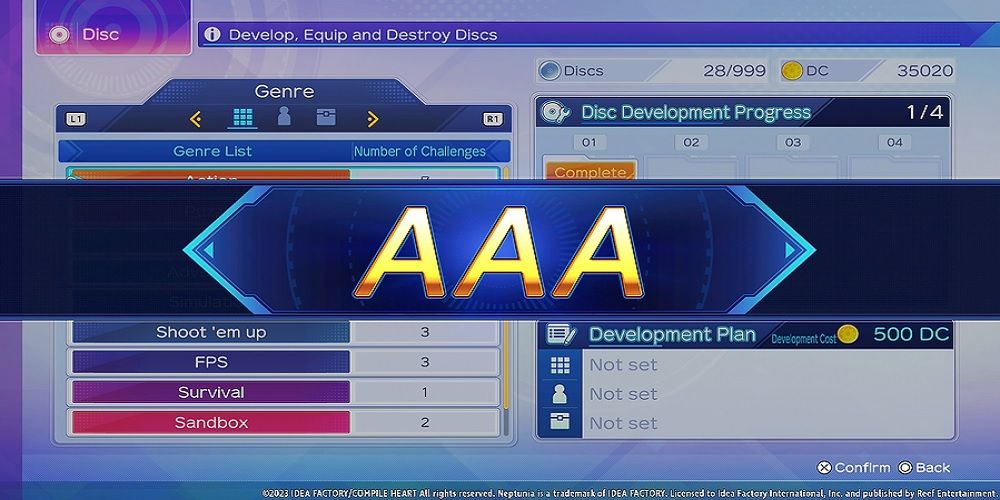 Neptunia: Sisters VS Sisters will toss all kinds of items into the gals' inventory during dungeon exploration. And, well, you'll be exploring dungeons for much of the game's runtime. In other words, that clutter will build. And build. Thankfully, many of these items are fabulous for reducing disc development time.

You will be given the chance to utilize an item during the disc development process. Items' individual usefulness varies; broadly speaking, the rarer fare shaves off more time than common stock.

Finding solid items to use during disc creation might not seem terribly important at first, and indeed, at first you'll be rather limited in your selections, anyway. But trust us, as Neptunia: Sisters VS Sisters continues, you'll save a lot of time in the long run. Discs can take a fair while to wait around for while you're playing the game.

At times, the developers will request some extra cash for their product. Never decline! When this happens, you're guaranteed to receive a game with a second ability on top of the first.

Part of the joy of the disc development process has less to do with the practical effects and more with the sheer entertainment factor. The games you create will all have somewhat randomly-generated titles, and you're going to chuckle at more than a few obvious references to preexisting media along the way.