Imagine a Nerf nuke. As with all Nerf blasters, this apocalyptic-looking weapon won’t have the same sort of destructive force as the real thing, but it’ll still be like getting hit with a beanbag chair, and you’d need an actual tank of compressed air just to get the projectile airborne.

That’s basically how TheToyZone imagined their Nerf version of Fallout’s Fat Man shoulder-launched manpack nuclear weapon system. They didn’t have to work too hard to Nerf the Fat Man, considering the New Vegas version of the weapon already seems to take the pneumatic propellant approach for fear that an explosive propellant would actually set the nuke off. 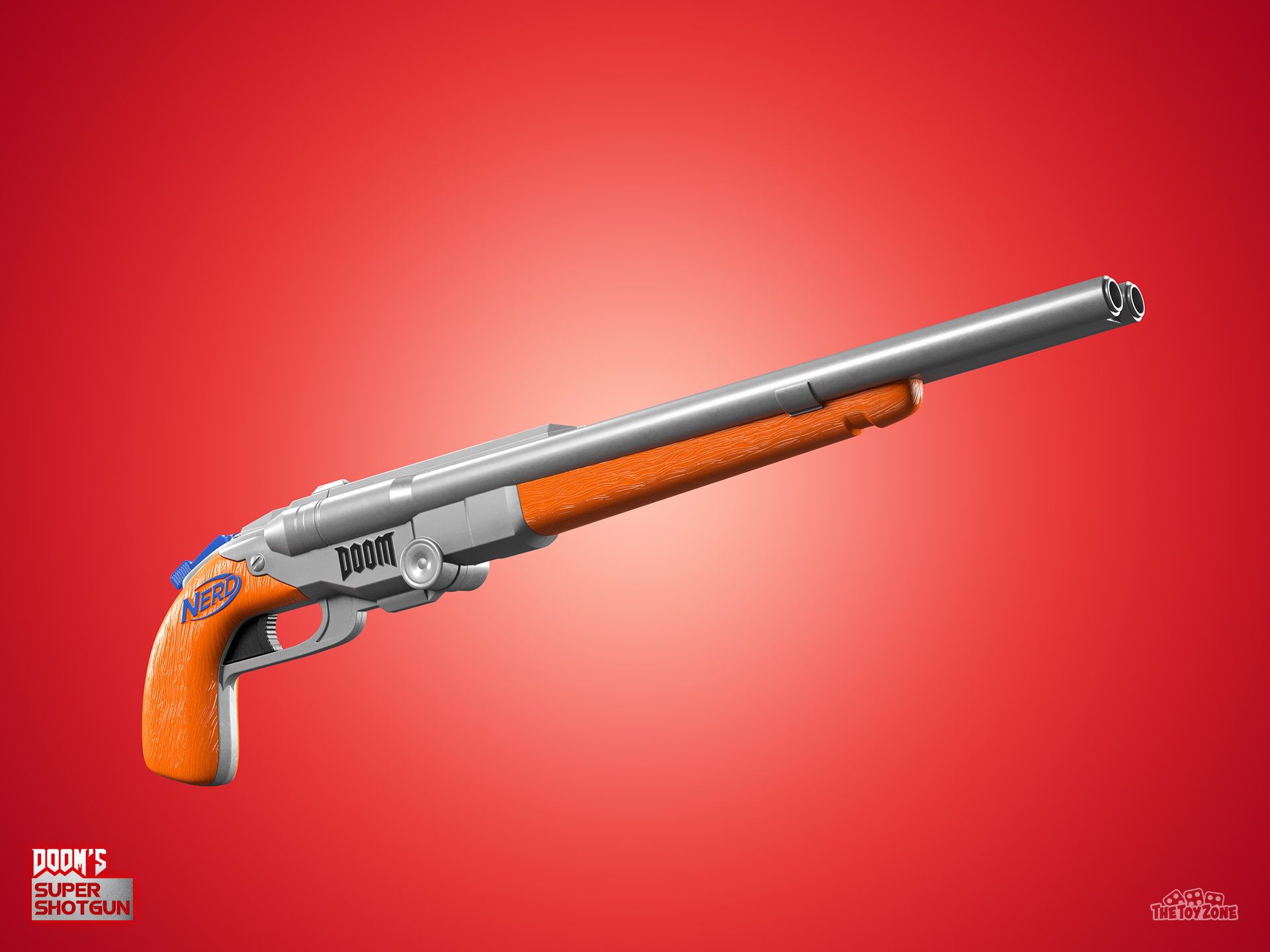 Also, TheToyZone had to called it “Nerd” instead of Nerf for legal reasons, but we all know what they were going for. 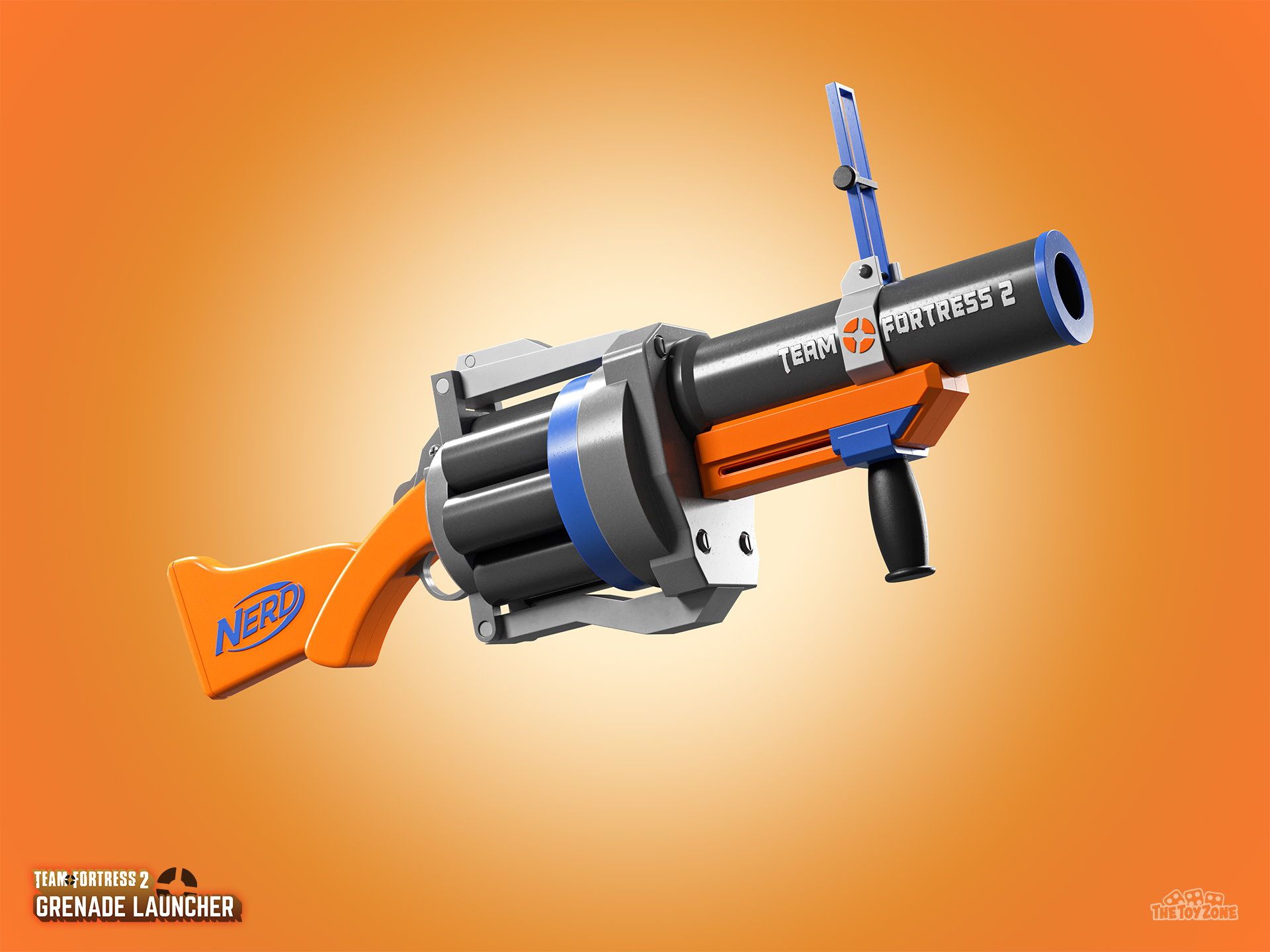 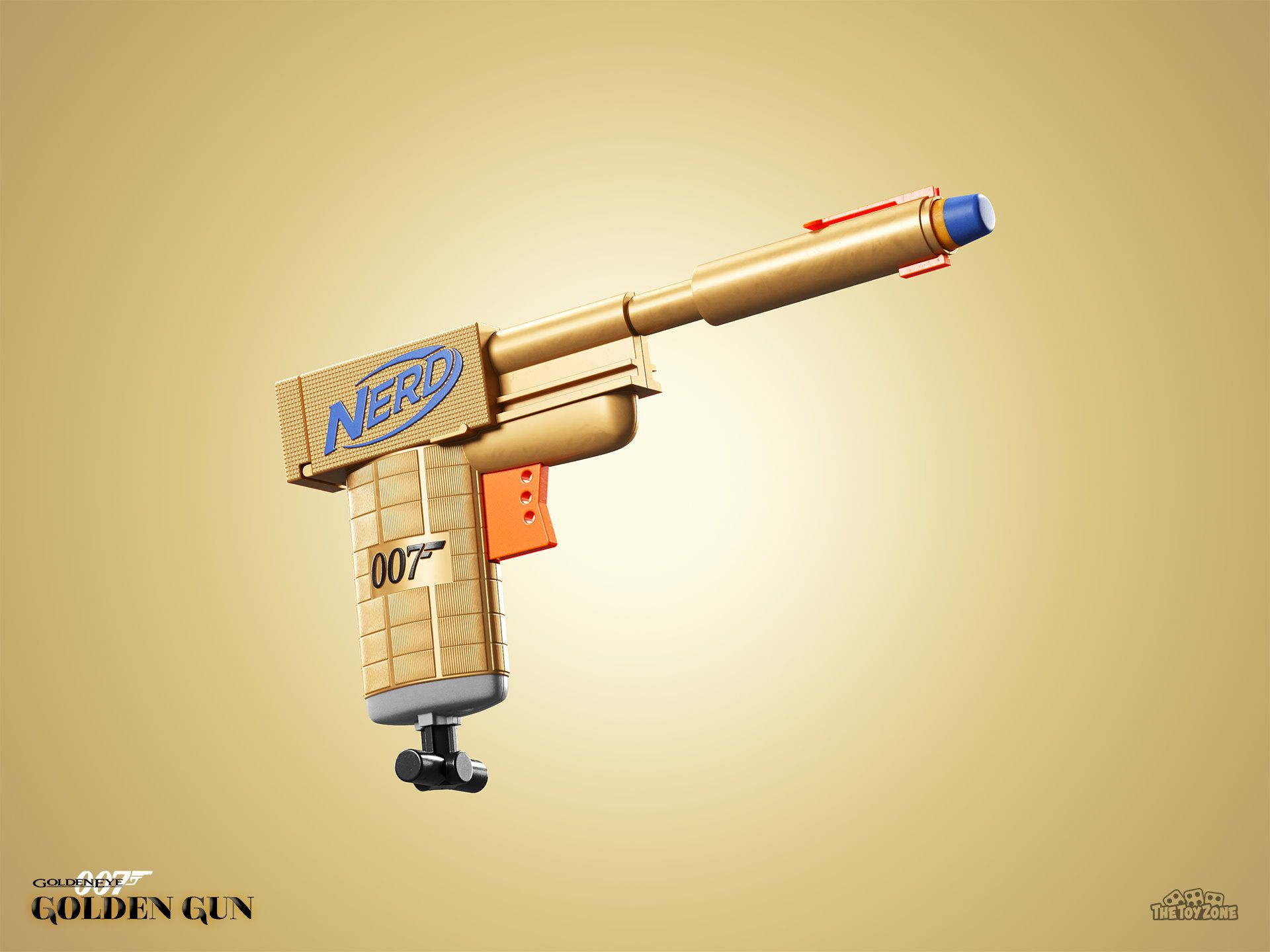 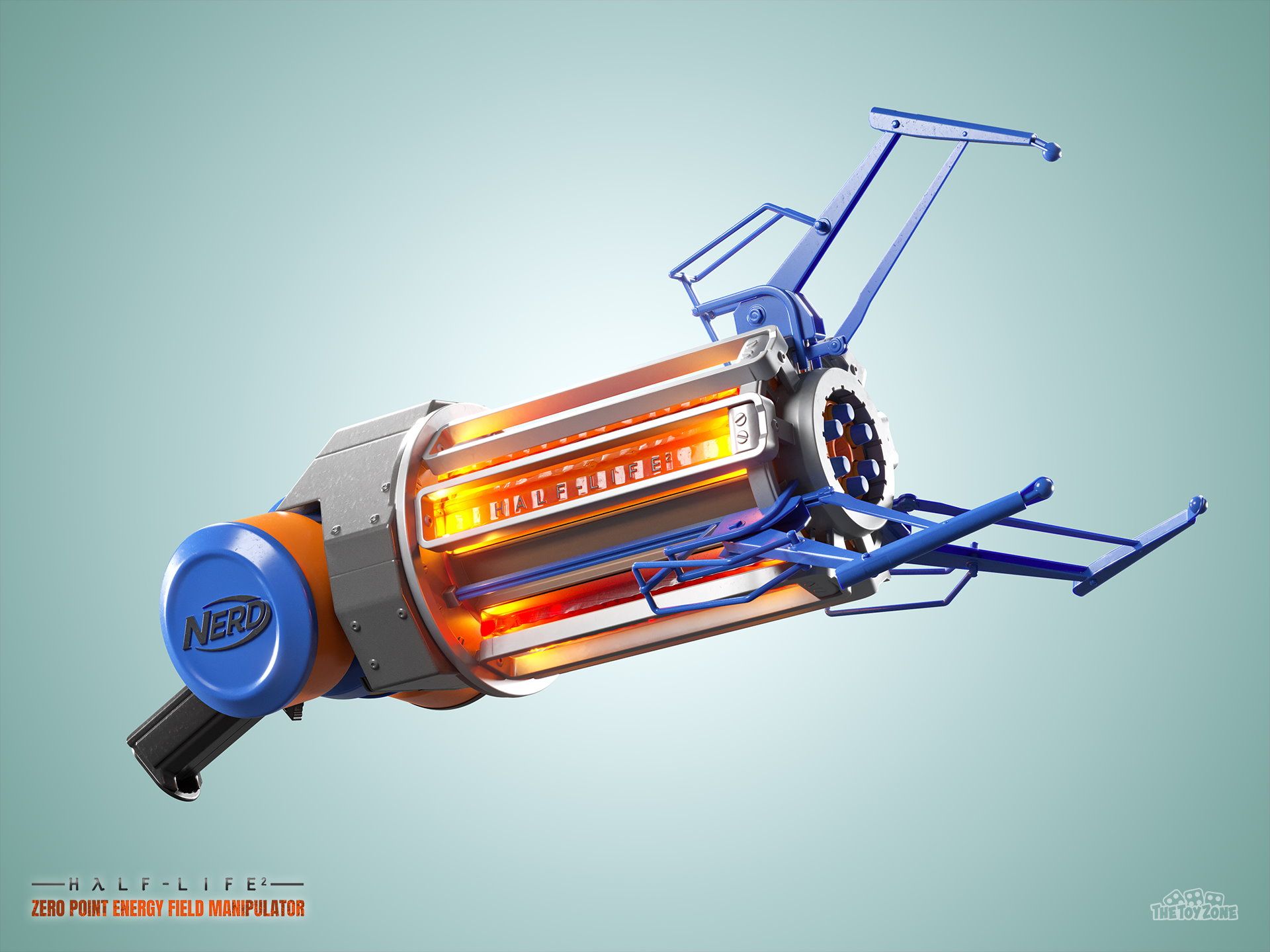 Half-Life 2’s Zero Point Energy Field Manipulator was never really a gun, per se, but you could certainly launch stuff with it. The “Nerd” version of the gun lacks the ability to pick up and move any and all household objects and instead just fires a collection of six blaster darts. A far cry from the original, but we appreciate the effort nonetheless. 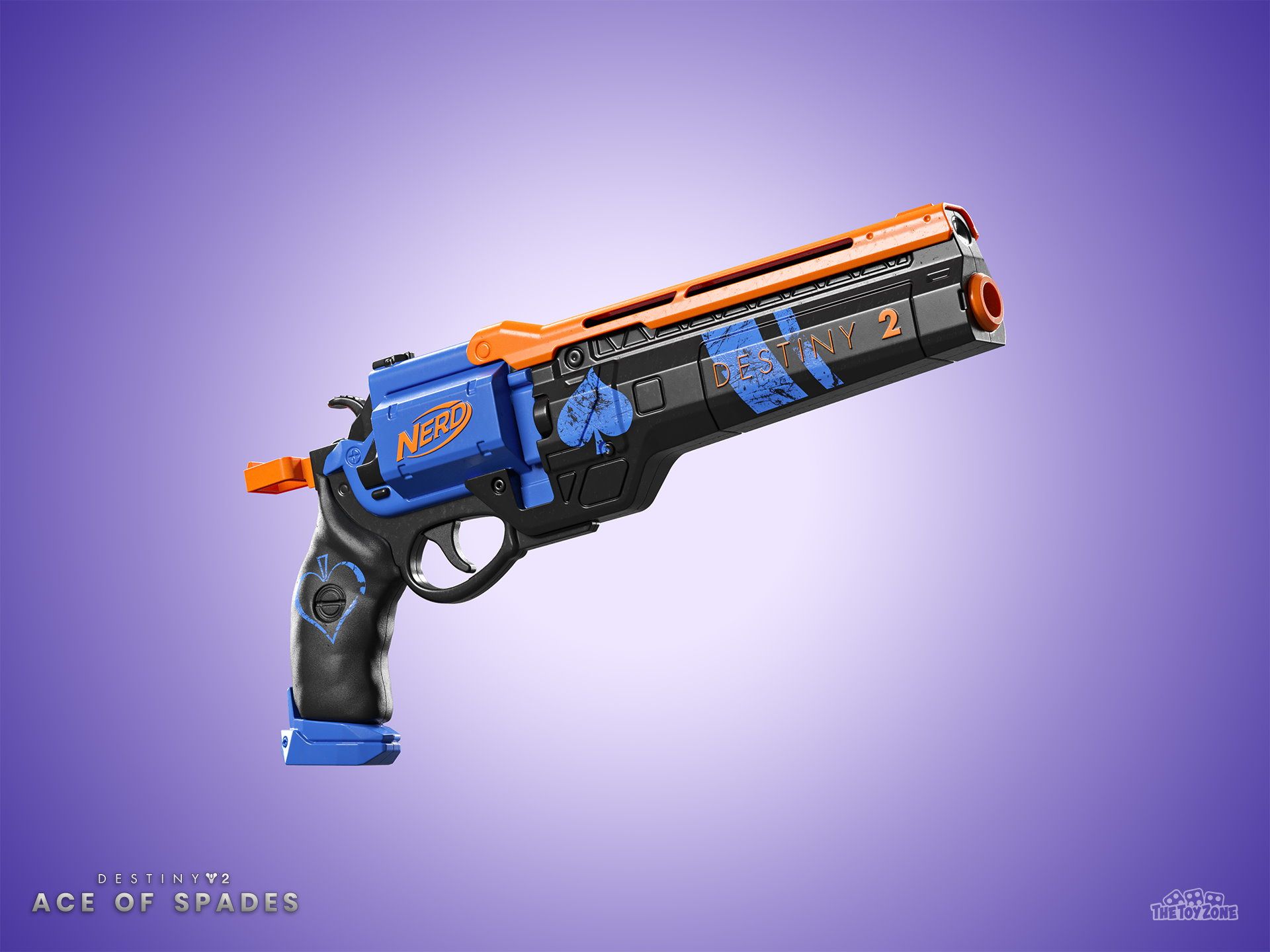 As soon as we move into the Ace of Spades we bear witness to what a Nerf blaster could really be. It’s basically the same as the iconic Nerf Maverick but with some extra molded plastic to make it look like a Destiny 2 hand cannon. Not that we’re complaining, but the pull-hammer at the back wasn’t necessary. Nerf had long since figured out how to let users cock the weapon by turning part of the plastic into a slide (see the aforementioned Maverick). 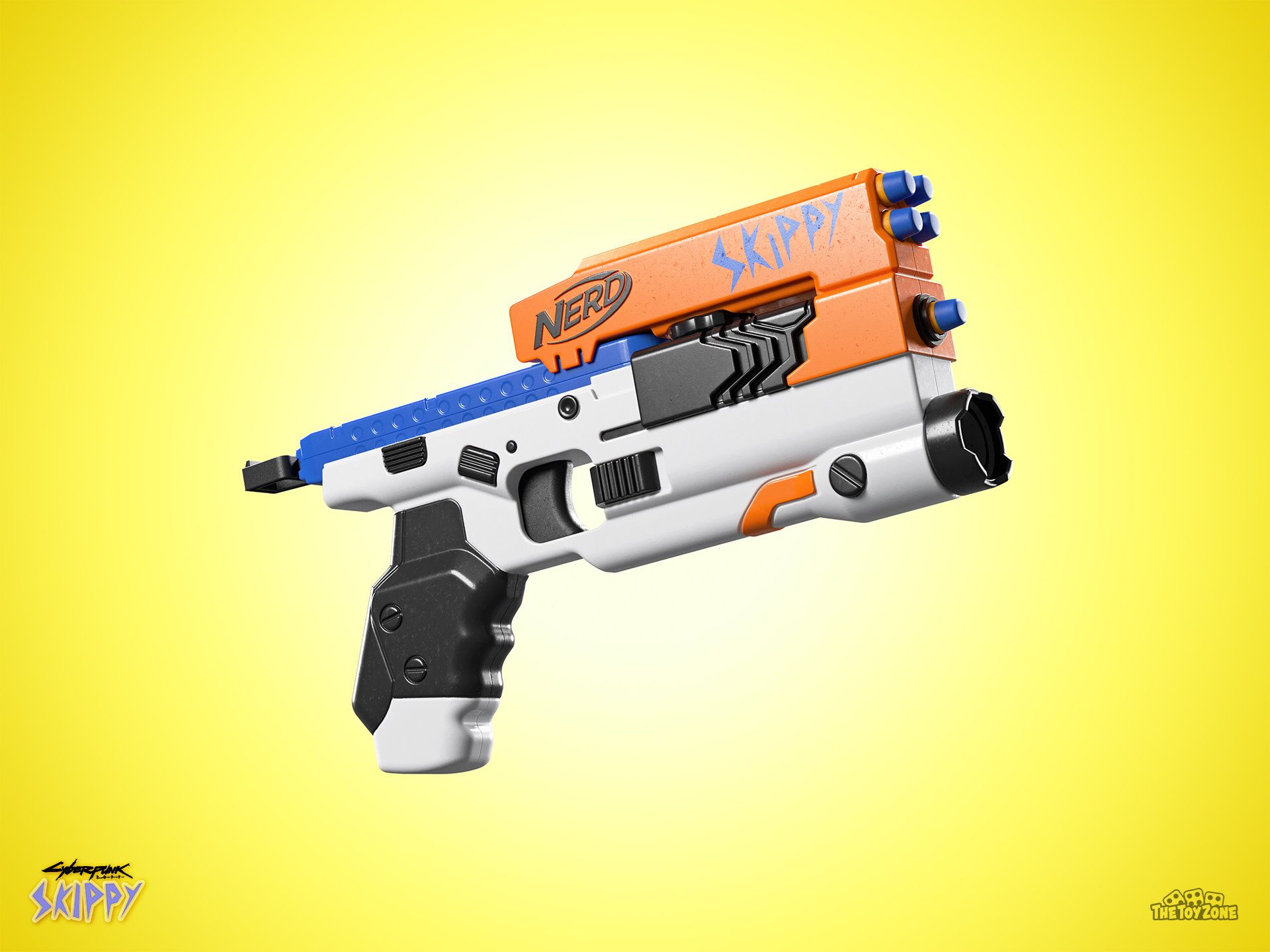 Cyberpunk’s Skippy Gun might be the most difficult of the Nerf blasters on offer. Typically, Nerf blasters don’t have sentient AIs that project a holographic image of a talking bullet. The plastic version instead seems to have a little light bulb and an extra magazine of four blaster darts, which just ain’t the same. Then again, maybe we’re asking a bit too much of a toy.