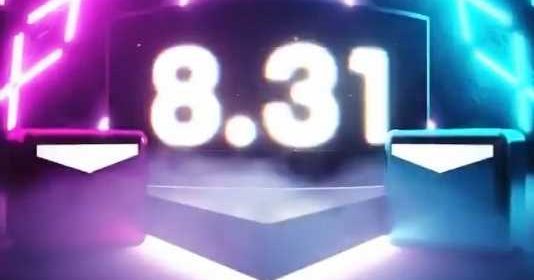 Beat Games announced another new music pack is coming to Beat Saber in just under a week’s time, following on from the release of the Interscope Mixtake DLC in May.

The announcement was made on Twitter, embedded above,  accompanied by a video playing some heavy electronic-sound beats with thumping bass.

It’s hard to tell if the music in the video is referencing anything in particular or providing clues as to the content of the pack. If it is referencing something specific, it’s seemingly not anything that people have picked up on. With previous releases, keen-eared players have picked up segments from well-known songs in teaser videos, but so far it’s seems to be anyone’s guess for this next pack.

The last music pack, the Interscope Mixtape, was announced in a similar fashion and ended up being the first DLC release to feature multiple artists in the same pack. The mixtape was not the first time Facebook and Beat Games had worked with the record label either — Imagine Dragons, who received their own DLC pack a few years, is signed to Interscope — so it’s not out of the question that we might receive a follow-up mixtape with other artists and new songs.

As we pointed out back in May, there are plenty of other artists under the Interscope label, including Billie Eilish, Dr. Dre and Lady Gaga — the former of which is currently doing heavy promotional work for her sophomore album, Happier Than Ever.

That being said, there’s no indication the music pack has any association with Interscope at all — it could be something completely unexpected and different.

The next Beat Saber music pack releases August 31. It will release for Beat Saber on all platforms, as confirmed by Beat Games on Twitter. Still no word on PSVR multiplayer, though.