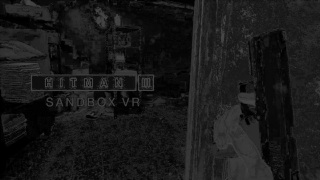 The trailer gives us our best look yet at the game’s VR support. As you can see, VR support changes the Hitman 3 experience dramatically. For the first time ever, you’ll play in first person as Agent 47 and use motion controls for a more realistic experience. We see the player aiming weapons, using melee attacks, dragging bodies and much more using their hand. However the game uses the DualShock 4 for motion tracking – the team hasn’t implemented support for the Move motion controllers. Don’t expect any two-handed controls in this one, then.

Moreover, the ability to import levels from Hitman 1 and 2 returns in the third installment. That means that, if you own those games, you’ll be able to revisit them in VR too. That’s a heck of a lot of content for a VR game.

Not long to go now – Hitman 3 launches on January 20th. For now, the VR support is exclusive to the PSVR version. That means you’ll need to own a PS4 copy of the game to use it, even if you’re playing on PS5, but IO is including the last-generation version in with PS5 purchases. No word yet on a possible PC VR port (the flat-screen version will be out on all platforms) but the studio hasn’t explicitly ruled it out, either.

Will you be checking out Hitman 3 in VR later this month? Let us know in the comments below!