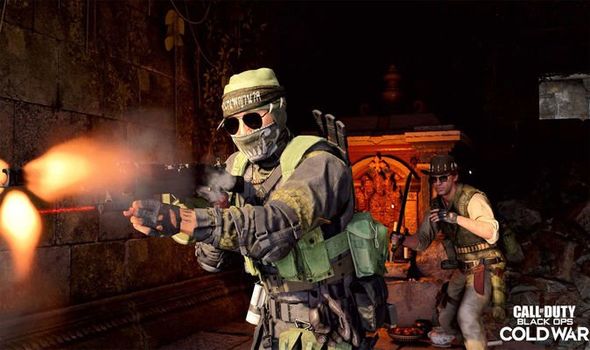 A new Call of Duty game is being released in 2021 and it looks like Warzone will play a big role in its reveal.

Fresh reports this week suggest that Activision will be hosting another event in Warzone, the free-to-play Battle Royale spin-off property.

Having secured a huge playerbase and offering integration with each new COD title, Call of Duty Warzone can be used as the perfect vehicle to reveal new games.

Not only is it easy to access on PS4, Xbox One, next-gen consoles and PC, but it can also host an interactive experience.

Last year, Activision used Warzone to release the first big trailer for Black Ops Cold War, which had to be unlocked by completing a series of unique challenges.

And according to new reports, something like this could happen again to showcase the next Call of Duty game.

Operation Vanguard is being developed by Sledgehammer Games and is expected to be released during November 2021.

And the latest news on the subject suggests that a big Call of Duty Warzone reveal event is being scheduled for August 2021.

We don’t know what the event will include and how interactive it will be. But based on previous events, gamers can expect to follow objectives on the Verdansk or Rebirth Map.

Tom Henderson, a known reliable COD leaker, has suggested that the new Call of Duty game will be revealed before August 25.

This is due to Activision signing up to be a partner with Gamescom, which makes sense as it would provide the perfect platform to reveal full details on the next COD game.

According to a variety of reports online, the next game in the popular FPS series will be called Call of Duty Vanguard.

Where reports start to differ, however, is whether or not it will take place in an alternative history, similar to something like Wolfenstein.

There are still questions regarding whether the game will take place in a 1950s setting, where the war never ended, or feature a more traditional WW2 setting.

While the exact setting is up for debate, the WW2 setting and Vanguard name is starting to look like a pretty safe bet.

The most recent news from Activision regarding the next Call of Duty game was shared a few months ago and doesn’t provide much in the way of what the final content will be.

Daniel Alegre, Chief Operating Officer, told Activision investors in May: “And in particular, we are very excited for this year’s premium Call of Duty release.

“Development is being led by Sledgehammer Games and the game is looking great and on track for its fall release.

“This is a build for next-generation experience with stunning visuals across campaign, multiplayer and cooperative modes of play designed to both integrate with and enhance the existing COD ecosystem. We look forward to sharing more details with the community soon.”